Once in a while a camera manufacturer will come up with an idea that’s so clever that you can’t help wondering why nobody thought of it before. Many people now have widescreen televisions, and the advantages of the 16:9 format are well known, so perhaps it was only a matter of time before someone put a widescreen LCD monitor on the back of a digital camera. Fujifilm has done this with the F810 and it works a treat.


To be strictly accurate, the widescreen LCD was first seen on the F710, but that camera is now discontinued, and anyway the F810 is more than just an updated version of the previous camera. Instead of the 6.3 megapixel SR sensor in the previous model, the F810 features the latest generation of Fuji’s acclaimed SuperCCD, giving it astonishing performance. It still carries 6.3 million pixels, but in standard mode it generates a 4,048 x 3,040 pixel image – a whopping 12.3 megapixels. To find a larger image you’d have to turn to a digital SLR costing several thousand pounds.


SuperCCD is slightly controversial. Basically, it works by having a CCD with large hexagonal sensor cells arranged in a diagonal pattern, rather than the usual horizontal/vertical grid of small square cells that most others use. The pixels in the final image are derived from this pattern by the image processing engine. Much has been said on this subject and opinions are divided. On one side you have most other camera manufacturers and some reviewers who say that it uses image interpolation to double the size of the recorded image and that’s cheating, while on the other side is Fuji and most Fuji-using photographers who say never mind all that, look at the photos. The truth is that all digital cameras use some form of image interpolation to generate their final images anyway, Fuji just does it slightly differently. It works, and it works very well, and it’s the results that count.


Actually there is a little cheating going on here, but it’s the widescreen part that’s the phoney. In fact all the camera does is chop the top and bottom off the standard 4:3 aspect ratio 12.3 megapixel image to make it fit the 16:9 screen. The result is an eight megapixel widescreen image, but that’s still a lot of pixels and the wide format itself is more than just an amusing novelty. It’s great for getting a large group of people into a shot without all that “squeeze in a bit” nonsense, and it’s ideal for landscape photography. Just looking at a scene in widescreen actually makes you take photos in a slightly different way.


There’s no doubt that the F810 can be used for serious photography. Not only does it have the pixel power, it also has a good range of options and features, including shutter priority, aperture priority and manual exposure, 64-segment matrix spot or centre-weighted metering, manual focus and a good array of flash modes. The 4x optical zoom lens is equivalent to 32.5mm – 130mm on a 35mm camera, so it has a wide angle of view to go along with its wide screen.


The F810 isn’t a particularly small camera, so even with that big screen on the back there’s still plenty of room for a nice uncluttered control layout. As a result there’s space for new controls, such as the command dial that can best be described as a metal roller positioned next to the screen that’s used to change settings or to scroll through images in replay mode. As with most recent Fuji cameras the F810 has a Function button menu as well as the main menu, giving quick access to image size/quality, ISO setting and colour effects.

Handling is good, although you couldn’t really describe it as comfortable. The F810 is quite heavy for a compact, and with its long thin shape it does feel awkwardly balanced. You’ll probably find yourself using both hands to keep it steady, and to operate the controls on the far side of that huge screen. One point against it though; the flash doesn’t pop up automatically even in Auto mode, so you have to press a button to activate it manually. However it does pop back down again by itself when the camera switches off.


Although the F810 is a bit of a heavyweight, it’s surprisingly nimble on its feet. It starts up in a very respectable 1.2 seconds, and in standard mode it can shoot at one frame per second even in its processed 12.3 megapixel mode. In continuous drive mode it can shoot at two frames per second, but only has room in the buffer for four frames.


The model used for this review had clearly done the rounds prior to arriving here, but even though the battery had presumably been charged and discharged several times its performance was still disappointing. A full charge was barely enough for a day and an evening of fairly light use. The F810 uses the same sized 710mAh lithium-ion battery found in the much smaller Pentax Optio S5i, and it may simply not be powerful enough for the job. Fortunately charging the battery is easy, since the F810 comes with a USB/charger cradle.


Finally, on to picture quality. Fujifilm cameras, like its films, have always been known for their vivid colour reproduction, a tradition which the F810 carries on. Even in standard mode colours are incredibly bold. In ‘Vivid’ mode they are almost blinding. However, it has to be said that the F810’s pictures are a little disappointing. When viewed at 100 per cent they lack sharpness and fine detail, and large areas of colour tend to look blotchy, almost as if the colours had run. Admittedly they would still make an excellent A3-sized print, but many six and eight megapixel cameras would do better. Part of the problem may be the lens, which suffers from corner blurring and barrel distortion at wide angle, and the other from the in camera image processing that doubles the resolution. Image noise is very well handled except at the highest ISO setting of 800, which also restricts image size to 3MP and should be avoided for best results.


With a street price of around £250 the F810 is far from cheap, but it does offer a few unique features to justify the price. First is that big widescreen monitor and image format, which you’ll either love or hate, and then there’s the 12.3 megapixel straight-out-of-camera image size, which beats all but the top few digital SLRs. However image quality isn’t all that you might hope from the numbers and the short battery life can also be a problem. 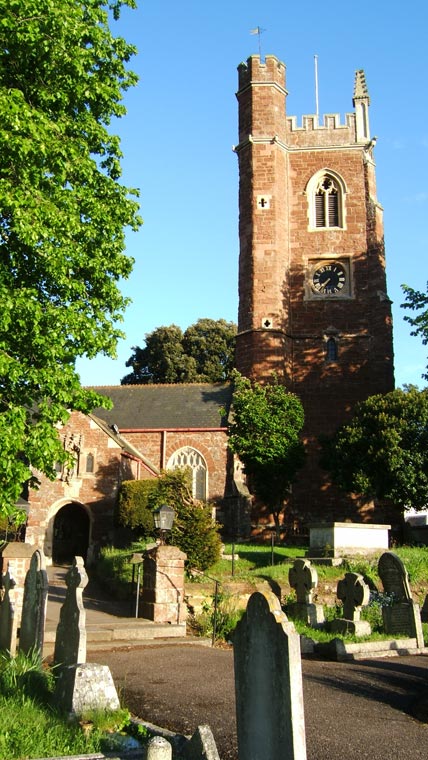 ”’The wide format is also useful for taking photos of tall buildings, although the lens does cause some barrel distortion.”’ 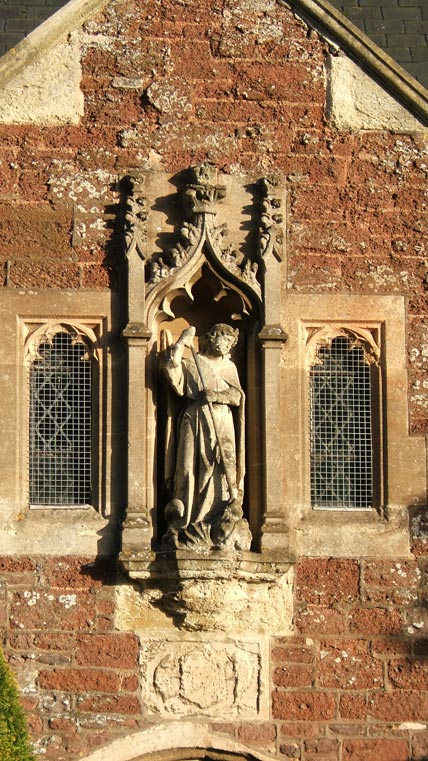 ”’The telephoto end of the zoom range is equivalent to 130mm on a film camera, which is better than average.”’ 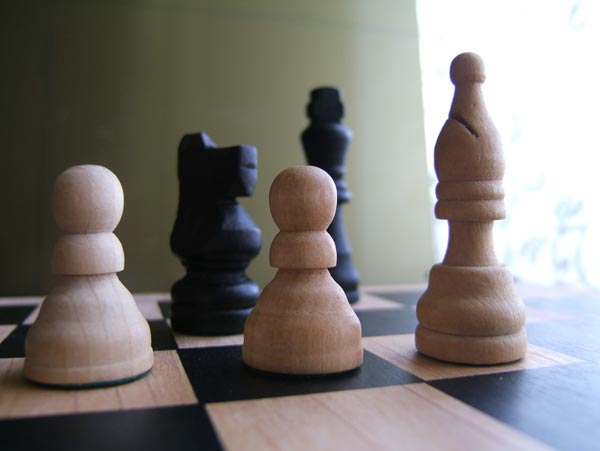 ”’The macro setting lets you get up close and personal, while keeping the backgound pleasantly blurred – reasonable bokeh as they say.”’ 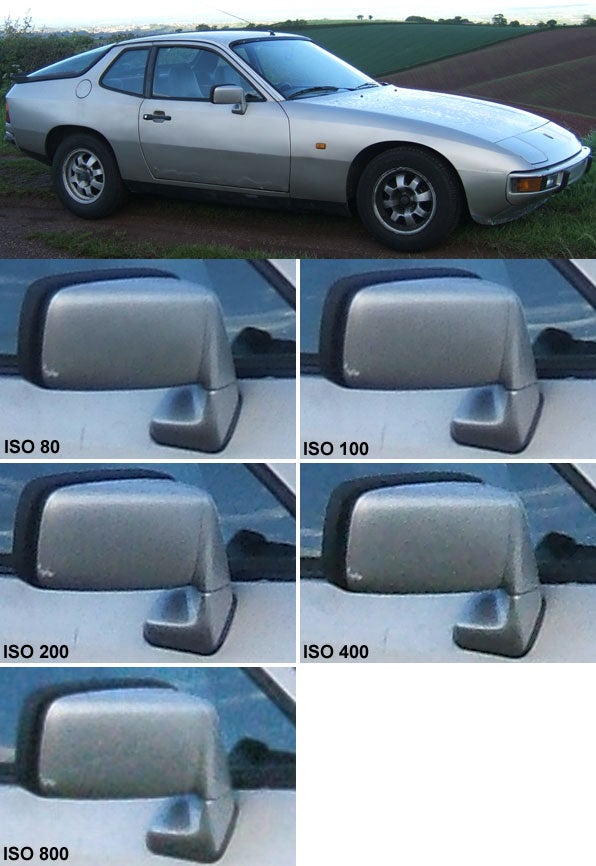 ”’ISO 80: The lowest ISO setting is best for most photographs. It is completely noise free.”’

”’ISO 100: The image is still a lot cleaner than my car, and quieter too. Not as much fun to drive though”’.

”’ISO 200: A tiny amount of coloured speckling is appearing in the darker areas of the image now, but it’s still not too bad.”’

”’ISO 400: At the highest normal ISO setting, there is visible image noise right across the frame, but it is fairly well controlled and not much detail has been lost.”’

”’ISO 800: This high-speed setting is only available in 3 megapixel mode, and exhibits a high degree of noise. Avoid except in emergencies.”’

This page consists of resized images (to Adobe ImageReady jpg quality 50) so that you can evaluate the overall exposure. 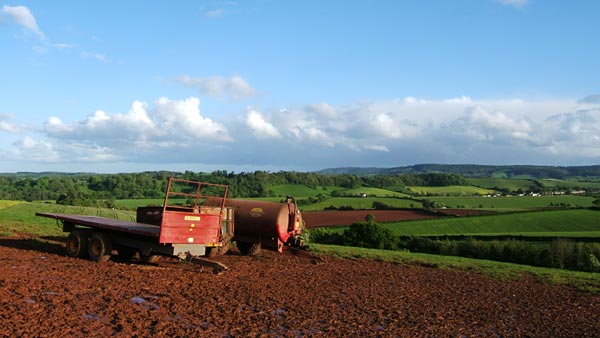 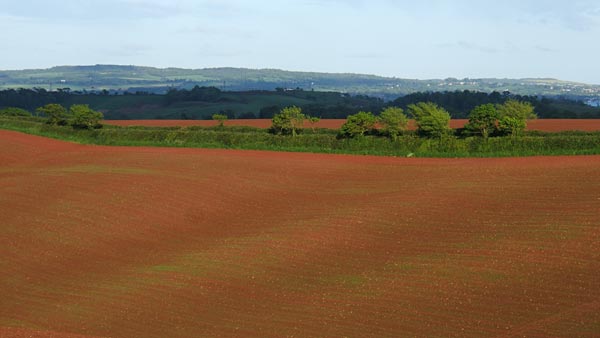 ”’With a wide-angle setting equivalent to a 32.5mm lens, the 16:9 format frame makes the F810 ideal for landscape photography”’ 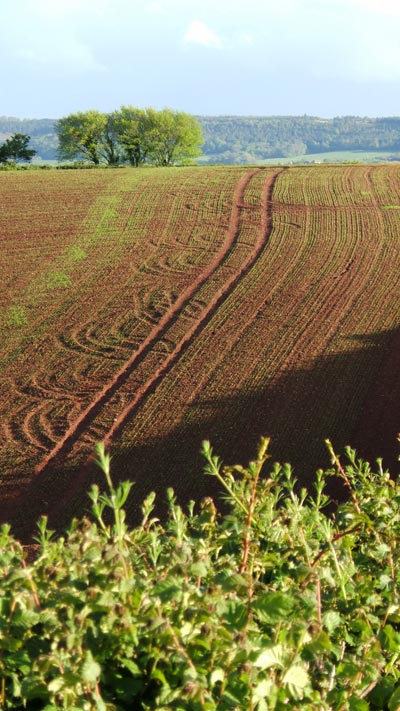 ”’Landscape photographs don’t always have to be taken with the camera horizontal.”’ 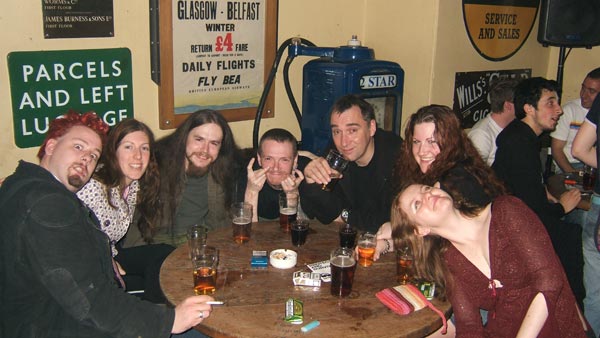 ”’The widescreen format is great for those shots where you need to get everyone in, even if you know you’re going to regret it.”’