It’s been a while since we’ve seen anything from Fujifilm’s premium F-series. It’s only a small series, currently consisting of only three models, but it has produced some excellent cameras, including the F31fd and the brilliant F40fd. The last one we looked at was the F100fd back in May, and it was almost a year ago that I reviewed the less-than-spectacular F50fd. Today I’m taking a look at the latest in this once-illustrious line, the new FinePix F60fd. 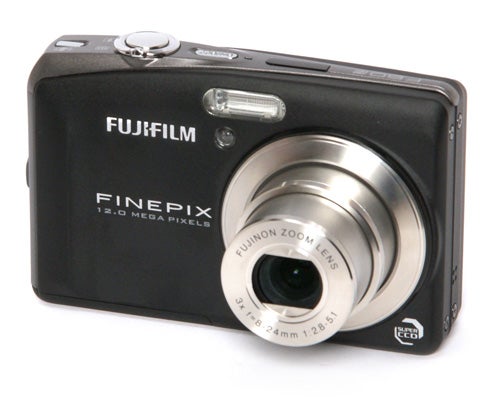 More by accident than by design, I seem to have been working my way through all the latest luxury compacts recently, so I’ve already seen most of the F60fd’s competitors. It is a 12MP compact with a 3x zoom (35-105mm) lens, 3.0-inch 230k monitor and sensor-shift image stabilisation, but it will most likely be considered alongside models such as the Canon IXUS 870 IS (£200), the Nikon Coolpix S610 (£180 for the non-WiFi version) and the Panasonic Lumix FX37 (£175). Against such competition its £150 price tag must look tempting, but those other cameras all offer features such as ultra-wide lenses and longer zoom ranges. Can the F60fd make up the difference? 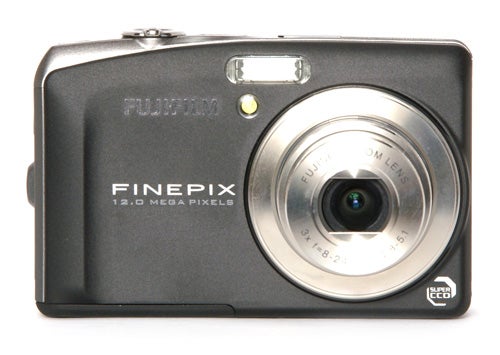 The big selling point of the F-series cameras used to be their unrivalled high-ISO and low light performance, but sadly none of the recent models have been able to match the benchmarks set by the F40fd and F31fd in this respect. This doesn’t bode too well for the F60fd, since it has the same large but crowded 12.0-megapixel 1/1.6-inch SuperCCD HR VII sensor as its predecessor the F50fd. In fact the F60fd is really just an update of the F50fd, with much the same specification, but with a few extra features.

The body of the F60fd is virtually identical to the earlier model, which is no bad thing since it’s a nice design. The shell of the camera is all aluminium, and is available in silver or the matt black seen here. It is fairly compact at 92.5 x 59.2 x 22.9 mm, but at approximately 183g ready to shoot it is heavier than you might expect. The body shape has a small finger-grip on the front panel and a slight curve to the top plate that makes the camera comfortable to hold and operate, and the control layout is nice and uncluttered. Some of the controls are a bit small, especially the D-pad, but they are clearly labelled and easy to operate. The F60fd will accept either SD/SDHC or xD-Picture memory cards in a dual-format slot. 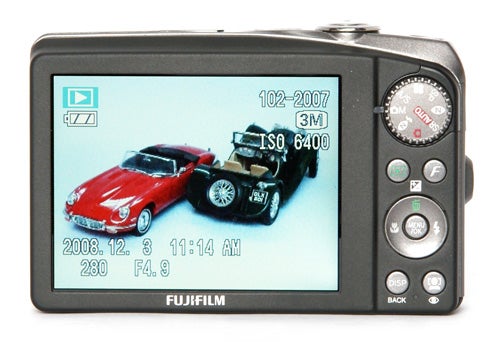 For a small point-and-shoot compact the F60fd is surprisingly well equipped with extra features, including aperture and shutter priority exposure settings. Aperture values from f/2.8 to f/8.0 are available in 1/3 EV stops, as are shutter speeds from one second to 1/1000th of a second. For those who prefer to avoid such complexities the F60fd offers a new automatic mode, Scene Recognition. This is similar to the various “intelligent auto” modes found on a lot of recent cameras, in that it automatically selects what it hopes is the appropriate scene mode for the shot in hand, apparently choosing from a short list of macro, landscape, portrait, night portrait and plain vanilla auto. It chooses quickly and usually correctly, although to be honest like most such systems it doesn’t appear to be that much of an advantage over simple program auto exposure.


Other improvements include the face detection system, which can now detect up to 10 faces in the frame, including profile views and faces that are upside down, which is sure to be popular with Australians. The improved red-eye correction feature also uses the face detection system to ensure that it’s correcting eyes, and not red lipstick or jewellery. There is also a “portrait enhancer” feature which smoothes out skin wrinkles and blemishes, but the results look a little artificial. There are several features in playback mode too, including red-eye removal, cropping, rotation and copying. 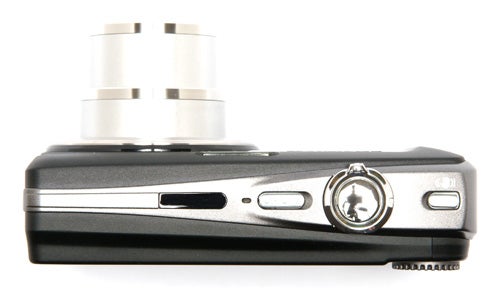 The sensor-shift image stabilisation is an advantage even on a camera with such a limited zoom range, but I have to say it isn’t as good as some other IS systems I’ve tried. I found camera shake blurring on shots taken at the wide angle end of the zoom range (equivalent to 35mm) at shutter speeds as high as 1/50th of a second, which is surprising.

The overall performance of the f60fd is, surprisingly, actually slightly slower than the camera which it replaces. It takes just over three seconds to start up, although it takes les than two seconds to shut down again. The outstanding feature in this area is the autofocus system, which really is exceptionally fast. It focuses very quickly in all lighting conditions, and has easily the fastest low-light focusing of any recent compact camera that I’ve seen. It will focus in complete darkness thanks to a bright AF assist lamp, so it’s a good choice for those nightclub photos. However despite this ultra-fast autofocus its single shot-to-shot time of approximately 2.8 seconds is slightly slower than the F50fd. Oddly the long-period continuous mode is actually even slower than this, with a shot-to-shot time of approximately 2.9 seconds. The F60fd has a variety of continuous mode options, including 12-shot burst in 3MP mode, or three-shot burst at full resolution. 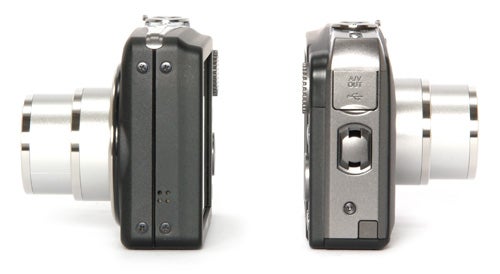 In terms of image quality there really isn’t any significant improvement over the F50fd that I could see. The overall level of detail is very good, and the average file size of around 4.3MB means there’s not too much compression to worry about. Colour depth is generally good, although the “Chrome” high saturation mode is a bit intense for my liking. The lens too is quite good, producing excellent centre sharpness. There is a little corner blurring and some very obvious chromatic aberration, but not too much barrel distortion. As has often been the case with Fuji’s SuperCCD HR sensor, lack of dynamic range is a problem, with very dark shadows and burned out highlights in high-contrast shots.


Unfortunately the F60fd still hasn’t regained the excellent high-ISO noise performance of some of its forerunners, and the results look very much like those from the F50fd. Image quality is good at 100 and 200 ISO, but noise starts to become a problem at 400 ISO and just gets worse from there onward, in other words exactly like every other 12MP compact on the market. The restricted resolution 3200 and 6400 ISO modes are of especially low quality. 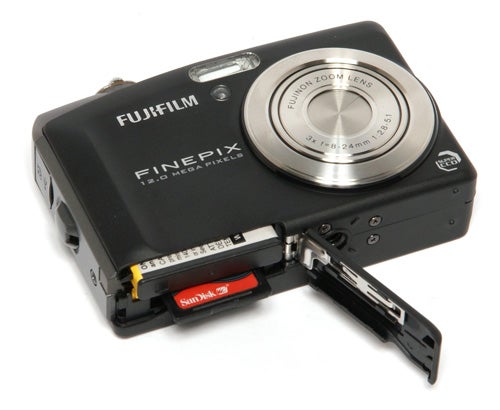 The F60fd is a well made, attractive-looking camera with excellent handling. It has some useful features including semi-manual exposure, but the limited zoom range is a bit restrictive compared to its main competition. It has phenomenal low-light focusing ability, but unfortunately it doesn’t have the high-ISO image quality to match. It’s fairly good value at £150, but there are significantly better compacts available for not much more. 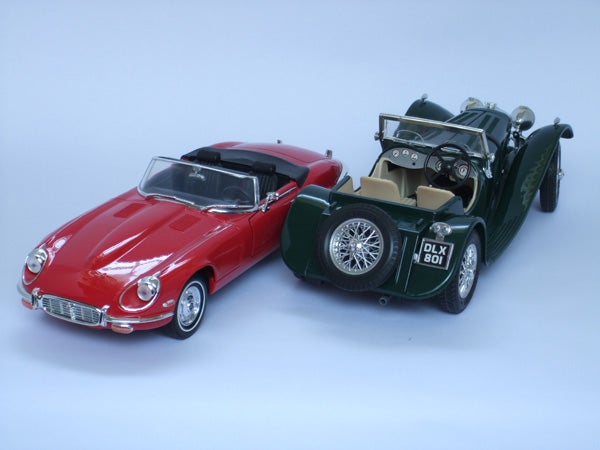 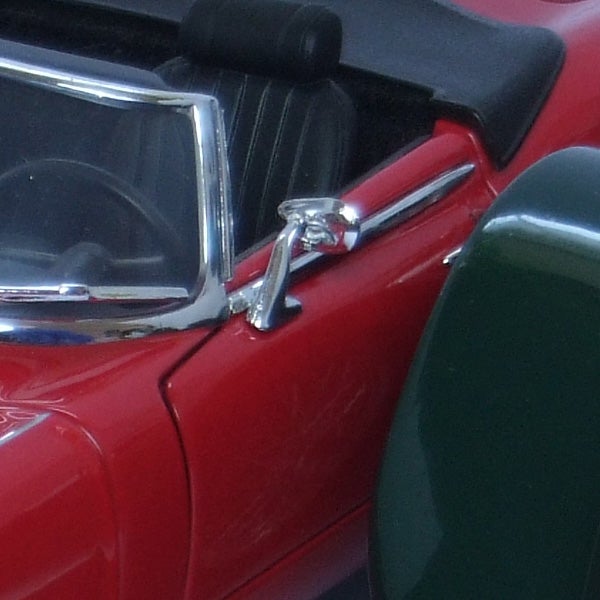 At the lowest ISO setting the image quality is good. You can make out the reflection of the SS100’s wire wheels in the door of the E-Type. 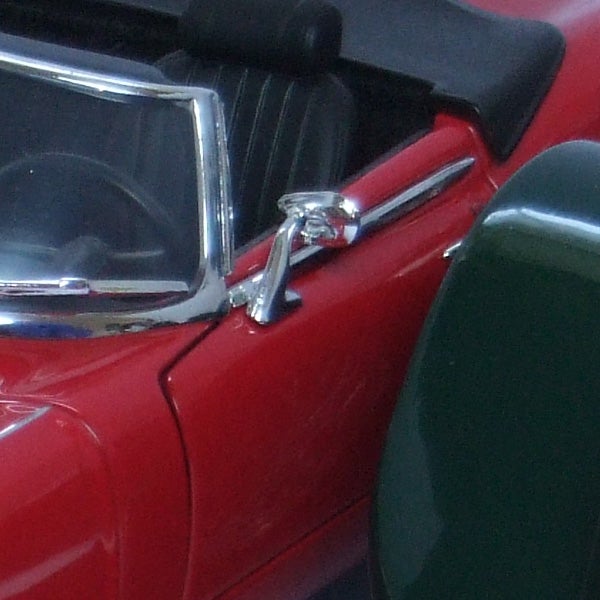 Quality is still good at 200 ISO, but there is some noise visible. 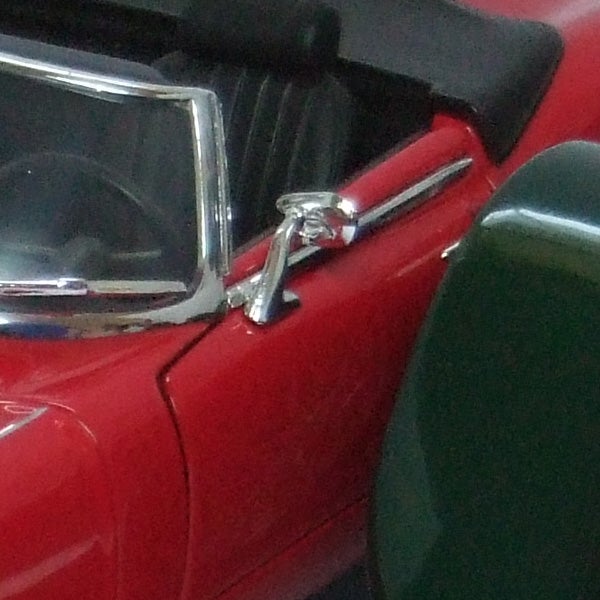 Noise is getting worse at 400 ISO, and fine detail is fading fast, but the shot is still printable. 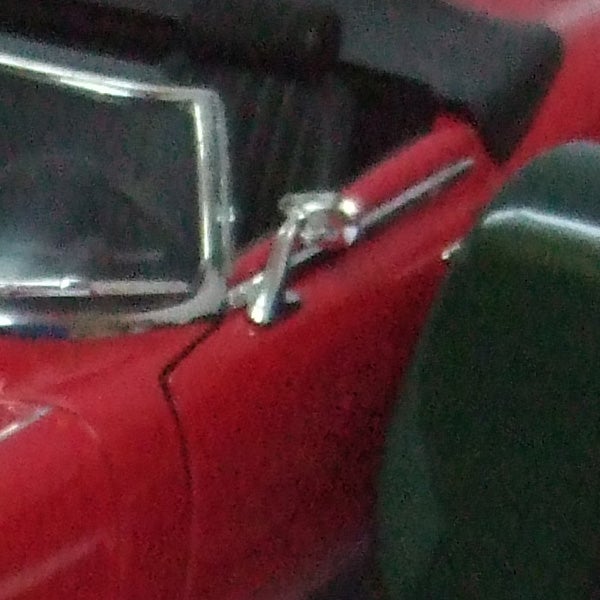 At 800 ISO all fine detail is lost in a blur of noise. 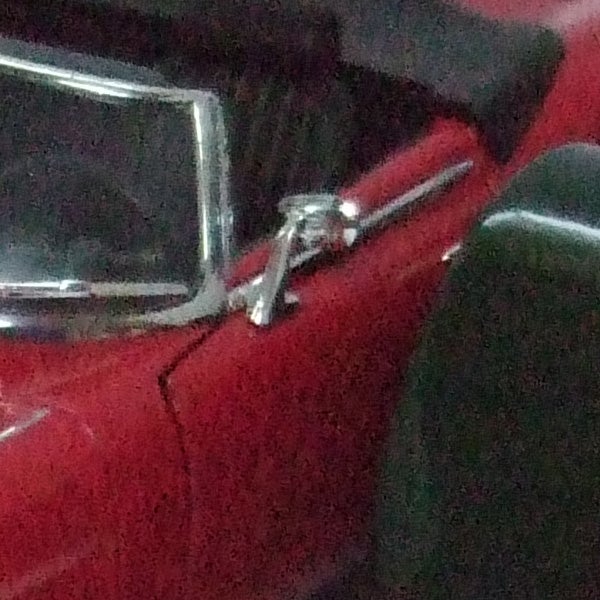 1600 ISO is the maximum at full resolution. 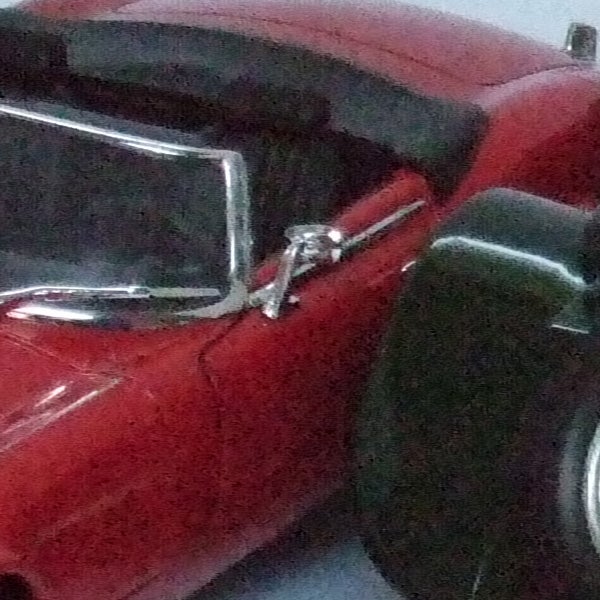 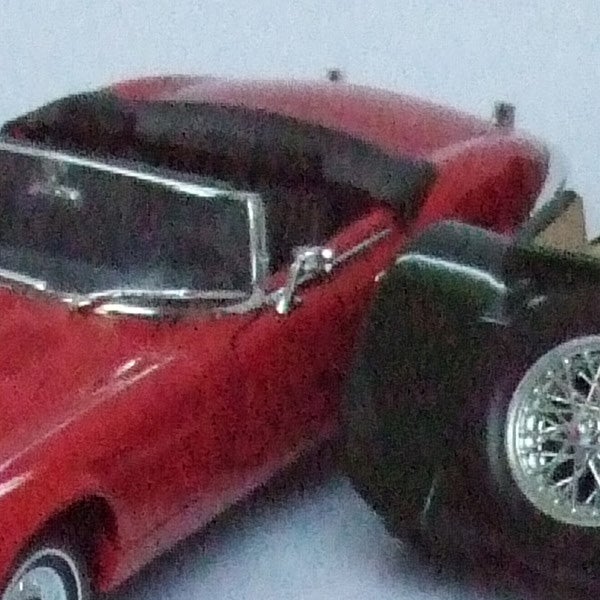 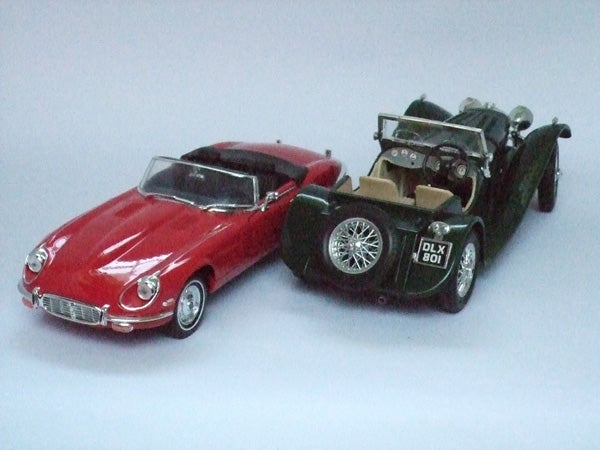 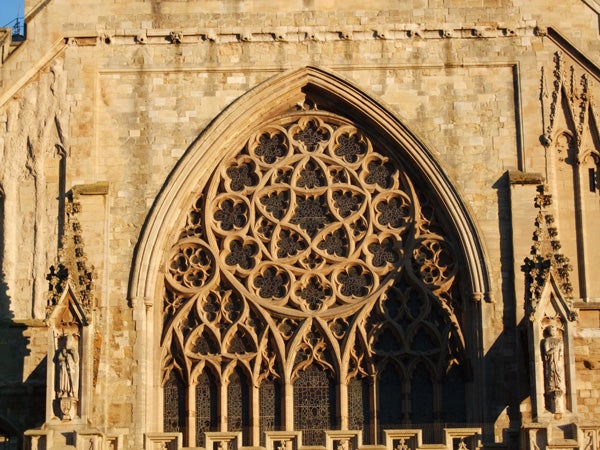 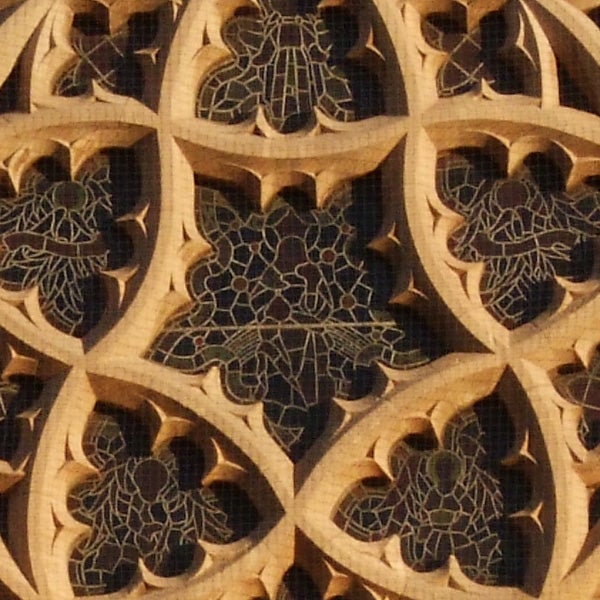 The overall level of detail is pretty good, but no better than most other 12MP compacts. 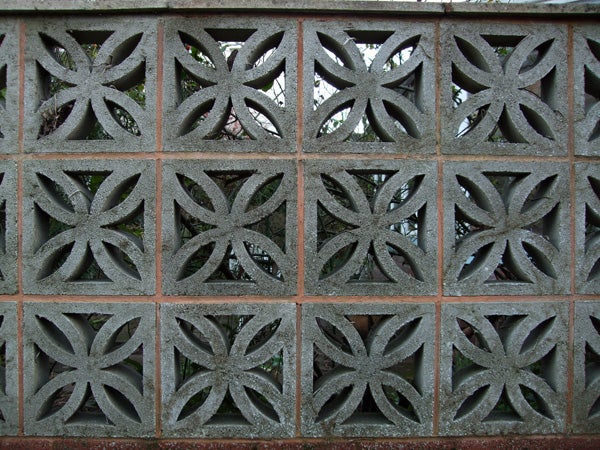 The lens is pretty good, with minimal barrel distortion at wide angle. 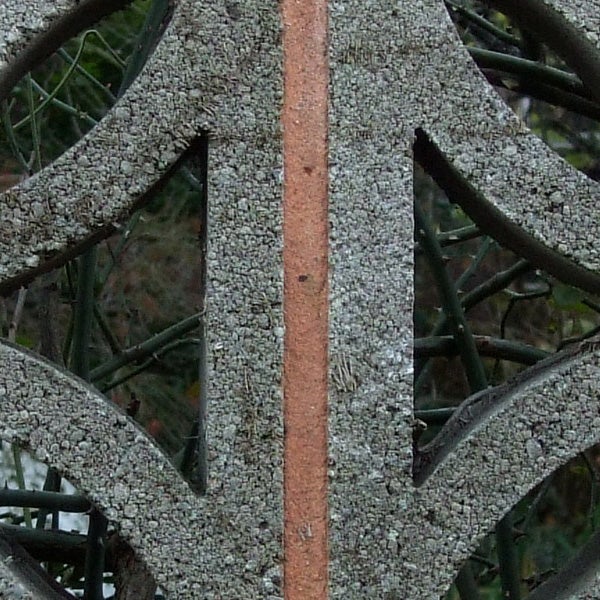 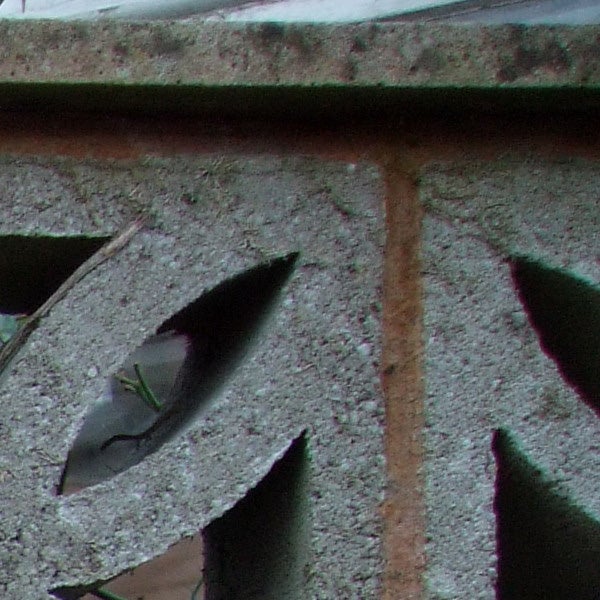 Corner sharpness isn’t too bad, but there is a lot of chromatic aberration. 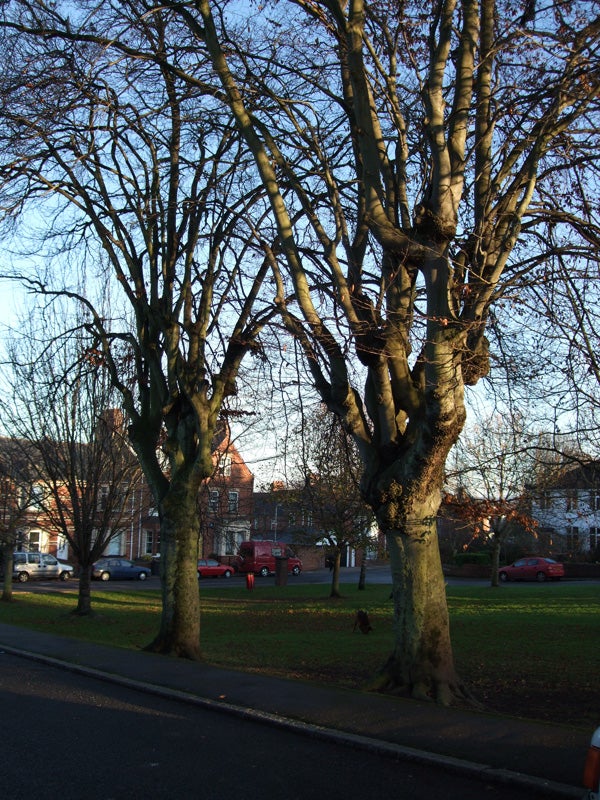 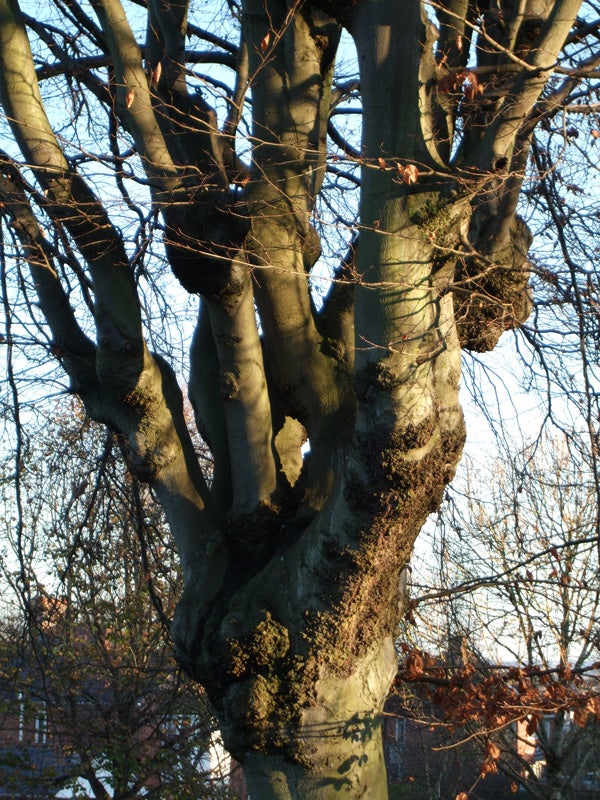 The telephoto end is equivalent to 105mm, pretty typical for a 3x zoom compact. 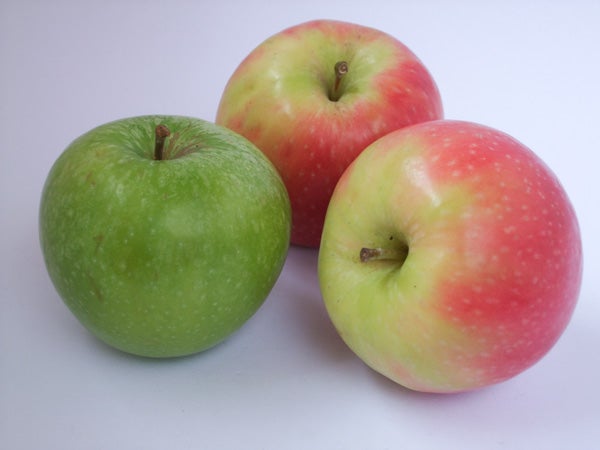 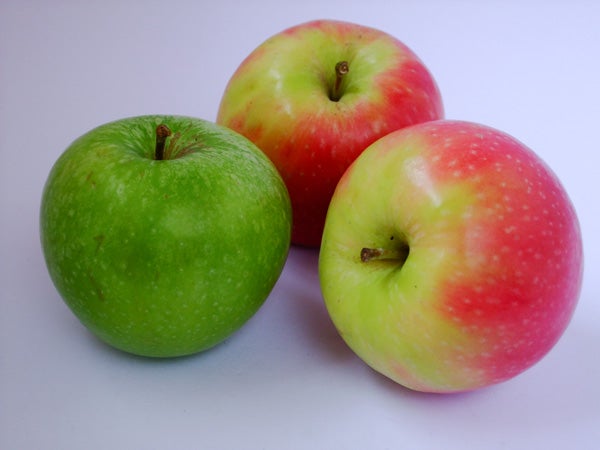 The high-saturation “Chrome” colour mode is a bit too vivid. 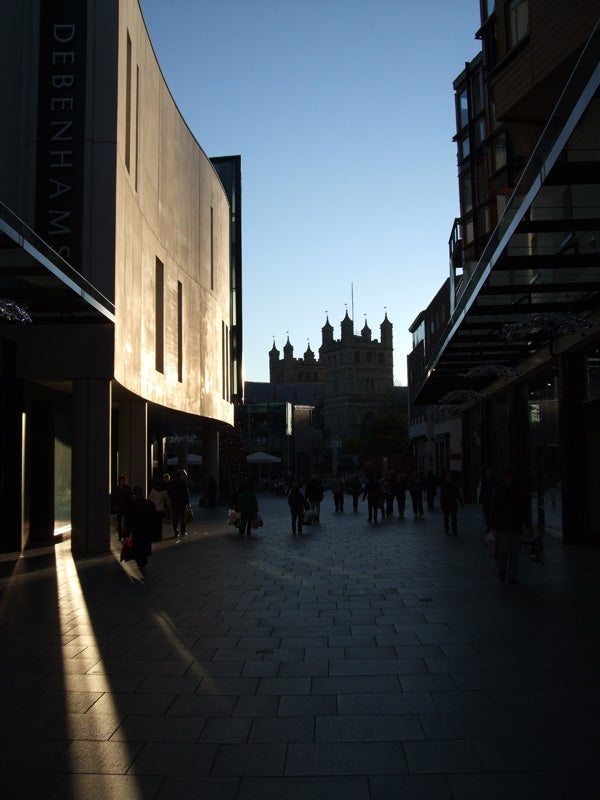 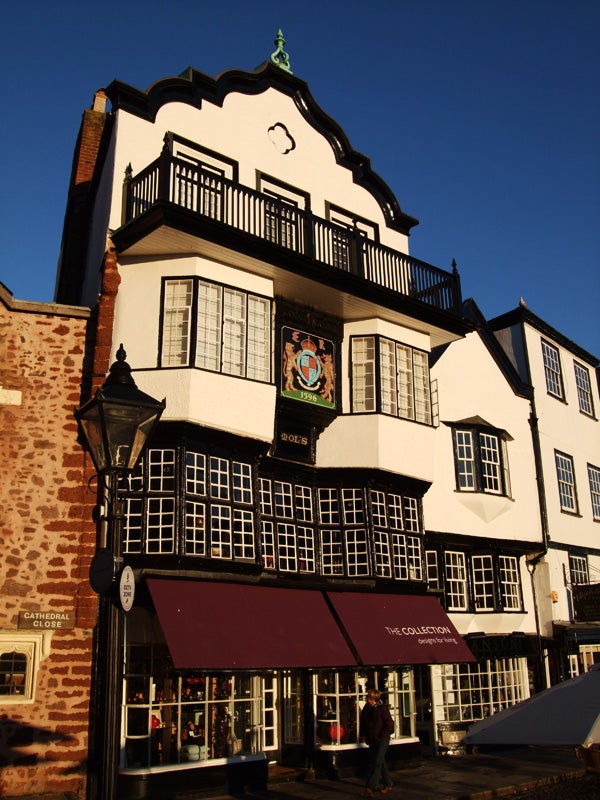 The F60fd is a good general snapshot camera.