The Fujifilm FinePix F600EXR updates the mid-2011 F550EXR model. Although the latest release adds very little to the features list, it still offers a rangey 24-360mm optical zoom and a 16-megapixel 1/2in sensor with Fujifilm’s unique EXR sensor technology. What Digital Camera takes a closer look at the Fuji F600EXR…

The FinePix F600EXR has a list of features that make it an ideal travel compact. The 1/2in-size 16-megapixel EXR CMOS sensor marries up with a 15x optical zoom lens that ranges from 24-360mm. This is squeezed into a small body considering the lens range, and the ability to nab wide-angle and far-away shots all from this little compact is a most attractive feature.

The thing is, the F600EXR is barely any different to its F550EXR predecessor. All that differs is the addition of the F600EXR’s more accurate scene detection with Motion Detection, upgraded Landmark Navigator GPS (Global Positioning Satellite) technology and a new intelligent digital zoom feature. A software upgrade could have made all these features possible in the F550EXR body, so the difference is slight. 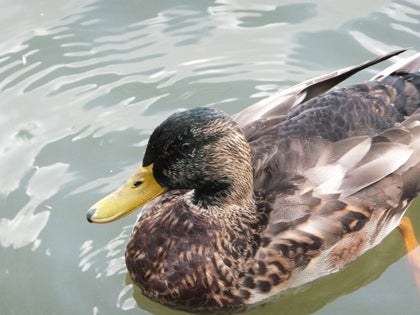 But taken in isolation and the F600EXR has lots on offer. The EXR technology means the sensor is performance-optimised for either maximum resolution, low-light performance or dynamic range.  The sensor also features a CMOS-shift image stabilisation mechanism to reduce camera shake and is able to capture images from ISO 100-3200 (or ISO 6400 at 8-megapixels and ISO 12,800 at 4-megapizels).

Optics are taken care of by Fujinon’s Double Sliding Structured Lens that has made it
possible for the large focal range to fit neatly inside the slim body.

Along with a dedicated EXR mode (you can choose between the three EXR modes as well as an Auto mode), there’re Program, Aperture priority, Shutter priority and full manual options for more creative control. On top of that, there’s an Auto mode, Advanced (with the choice of either Panorama, Pro Focus or Pro Low-light) and lots of scene modes (even some more obscure ones like ‘Cat’ and ‘Dog).

As well as shooting in JPEG, the FinePix F600EXR can also capture Raw as well, plus 1080p HD movie clips can be recorded at 30fps using H.264 compression.

Although there’s no viewfinder the F600’s rear screen is 3-inches in size and has a decent 460k-dot resolution.

Sit the F600EXR next to the F550EXR and you won’t be able to tell the difference between the pair. This is down to the fact that they are identical in build.

The F600EXR’s slim design is impressive considering the implication of its rangey lens. When the camera’s turned off the lens is tucked away inside the body which makes the camera all the morepocketable. 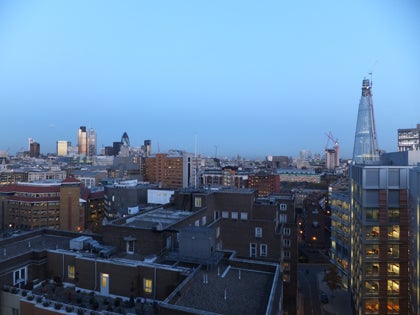 As well as a tilted mode dial to the top of the camera the usual d-pad arrangement on the rear is met with a series of other buttons: there’s F (Function), Display, Playback and Movie each dealt with individually. Jumping into on-screen options via the function buttons means it’s easy to make adjustments to settings, or for straightforward point-and-shoot work the mode dial can be used to let the camera take over. It’s a simple and effective layout.

If you choose to shoot in Aperture or Shutter Priority modes then the d-pad doubles up as a rotational wheel and is used to toggle though the settings, while in Manual mode the Exposure Compensation button is used to swap between shutter and aperture selection. Dip into the Advanced shooting mode and you’ve got the choice of either a Panorama (which works by sweeping the camera from left to right in real time) or Pro Focus (which blurs the background to mimic the effect of a shallow depth-of-field shot typical of DSLRs). The latter mode does do a pretty convincing job, too.

There’s a pleasing, but small non-slip rubberised grip on the body, while the flash is stowed neatly in the body, popping when only when the flash button to the side of the camera is pressed.

However powering up the camera does require a short wait as even when the rear screen is on and appears ready to go we found the lens would remain inoperable for a couple of seconds more. A similar slowness occurs when the camera is reassessing exposure after zooming or reframing – it’s not uncommon for the scene to appear very overexposed and then gently fade to a normal exposure level. These small blips slow the camera down a little though they’re far from significant issues. 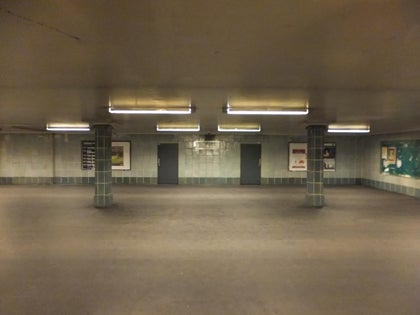 The FinePix F600’s inclusion of an 8fps continuous shooting mode at full resolution also means action shots should be well within reach. However Fuji opts to deliver this under the guise of ‘Top 4′, ‘Best Frame Capture’ and a variety of bracketing (AE/Film Simulation/Dynamic Range) options. The images you shoot will be ‘stacked’ together so that only one shows on screen while an almost ‘animated’ selection of the other shots is displayed in the bottom corner. All the files are still accessible as full size originals from a computer.

However processing can take a while: the eight shots took some 13 seconds to clear the buffer, while Raw files take a sluggish five seconds each before the camera’s ready for round two. We’d have hoped that the F600 would have scrubbed up in the areas where the F550EXR didn’t quite deliver – but it seems this isn’t the case as far as Raw processing is concerned.

A Fujifilm compact wouldn’t be complete without a range of film simulation modes to choose from – Provia/Standard, Velvia/Vivid, Astia/Soft, B&W and Sepia are all under the F600’s belt. These are accessed via the F mode button, which also features ISO, Image Size, Continuous shooting and GPS options.

Although the F600EXR’s rear screen is a decent 3inches in size and 460k-dots in resolution we found it to be very contrasty in preview and playback. Even in neutral, flat light subjects look darker than they will in the final shot – making it tricky to ascertain how well-exposed a shot is.

The 1080p HD movie mode allows for zoom adjustment and the continuous autofocus is reasonable – though don’t expect accurate focusing while moving through the zoom range.

The inclusion of Fuji’s EXR technology means image quality can be approached in a two- or even three-pronged approach. It’s possible to get full resolution 16MP files from the camera, but the EXR mode also opens up SN (High Sensitivity, Low Noise) and DR (Wide Dynamic Range) modes. For the latter two the output is halved to 8-megapixels as each mode uses two sensor diodes per image pixel. SN uses the two signal per pixel for a cleaner signal to limit image noise, while DR takes two exposures for a broader exposure read that can then display well-exposed shadow and highlight detail within the one shot. You’ll only find this technology in Fujifilm cameras, so it’s one of the biggest features the camera has on offer. But is it any good? 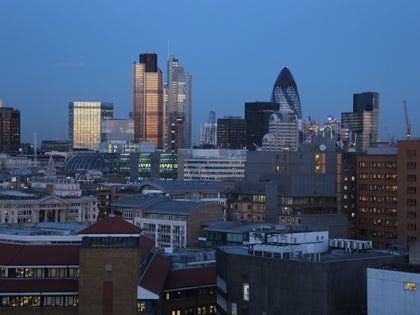 We found the F600’s 16-megapixel images to be decent for the most part, though vignetting at the wide-angle settings, unexpected flare from light sources and some lack of detail due to processing each present their own issues.

At full resolution image detail is good at lower ISOs, but softness can become an issue at higher sensitivities – in an effort to reduce noise, parts of the image look like they’ve been ‘smeared’.

Fuji claims that the F600 has improved high ISO performance compared to the F550EXR thanks to an improved EXR Auto mode that now offers Motion Detection plus a superior scene recognition range than previous models. To our eyes there’s no difference in the final images compared to the predecessor.

In terms of metering the camera does a good job, though overexposure isn’t unheard of. It’s the screen’s playback that’s throws the balance though: shots that look overexposed are likely to have a lot more detail visible when you look at the final image on a computer.

For the price point, however, the F600EXR’s images represent good quality, not least thanks to the inclusion of Raw capture. 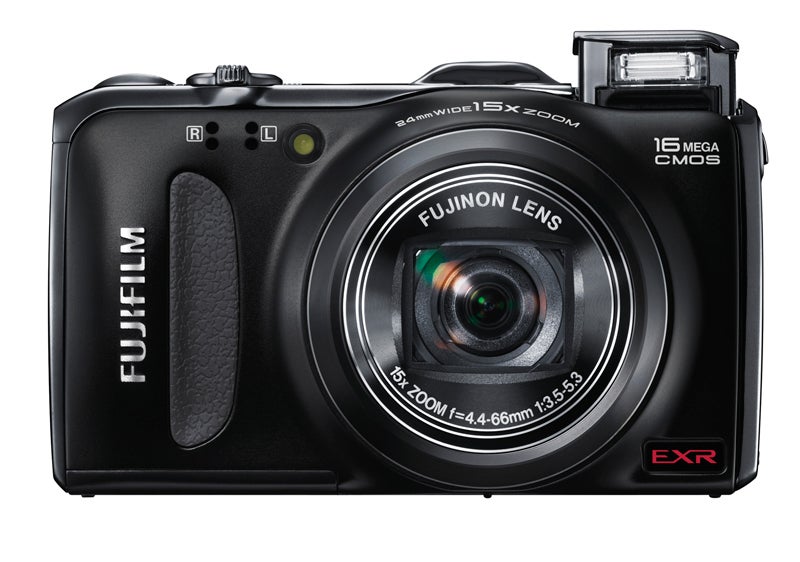 If you’re after a travel compact then the F600EXR has a lot on offer for the cash. It’s the low price that makes it a particularly attractive compact.

The large zoom range is great to have, though image quality isn’t the very best out there – and that’s even when considering the EXR technology. Shots are more than good enough, however, just not as standout as we’d hoped for.

But it’s the host of ample features that make the F600EXR a winner: decent autofocus, 8fps burst shooting, Raw shooting, GPS and that significant lens in a sturdy, slim, sub-£250 body. There’s not much for you could ask for.

By Mike Lowe
Mike Lowe contributed camera reviews to Trusted Reviews between 2009 and 2011. …