It’s been a few months since I last reviewed one of Fujifilm’s F-series cameras, in fact it was January and the camera was the FinePix F31fd. I have to admit I like the F-series cameras a lot. For the most part they have managed to combine cutting-edge technology, solid build quality and excellent photographic results in a stylish and compact package. There aren’t many brands that have been so consistently good for so long. 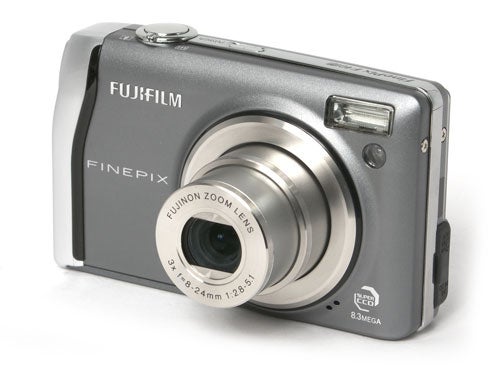 The F40fd is one of the latest in the line, announced in January this year, alongside a basically identical model made exclusively for Argos, the F45fd. It is an 8.3-megapixel model featuring Fuji’s 1/1.6-in SuperCCD HR VI sensor and Real Photo Processor II engine, as well as Fuji’s hardware-based face detection technology. Other features include a 2.5-in 230k LCD monitor, 2000 ISO maximum sensitivity, and interestingly the ability to use both xD-Picture and SD memory cards, although it does NOT accept SDHC cards.


I say interesting because Fujifilm and Olympus jointly developed the xD-Picture card format, and have both used it in their cameras since they abandoned SmartMedia cards in 2002. However the xD-Picture format has not been taken up by any other manufacturers, as Fuji and Olympus were clearly hoping it would be, which has meant that the cards have remained relatively expensive compared to the much more popular SD format. Is the F40fd’s dual-format slot a tacit admission that the xD-Picture format has been a failure? Will future Fujifilm cameras abandon it altogether? 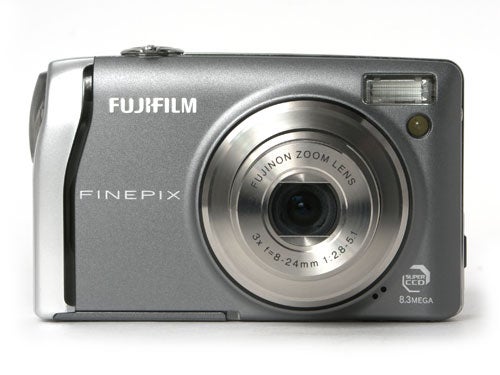 Speculation aside, the F40fd is an impressive looking camera. It has a strong all-metal body finished in a semi-matt metallic grey, with silver and chrome details. It is not a small camera, measuring 95.7 x 59.0 x 23.3mm and weighing a hefty 181g including battery and memory card it is definitely on the heavy side. It’s not too big to fit in a pocket, but you’ll definitely know it’s there. 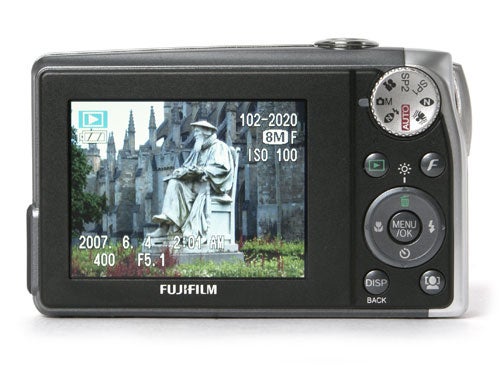 The design and layout of the camera is of a very high standard. Handling is very comfortable, with the slightly concave main mode dial doubling as a thumb grip, while the detailing on the front of the body provides a raised finger grip. The controls are solidly mounted, and overall build quality is superb. My only real problem with the control system is the ‘F’ button, which is usually reserved for frequently used shooting options such as ISO setting, exposure compensation and the like. However on the F40fd for some reason the top item on the F menu is power management, something which would be more sensibly located on the last page of the set-up menu.


Overall performance is unfortunately not as good as I’d initially hoped. Start-up time is over three seconds, which is slow for a camera in this class. Shot-to-shot time in single-shot mode is also slow at a round three seconds, while in long-period continuous mode it can only manage a shot every two seconds. It has two additional ‘burst’ modes, if you can call saving two pictures a burst. The movie mode is adequate, with VGA resolution at 30fps, and battery life is good too, with a big 1150mAh Li-ion rechargeable providing over 300 shots per charge. 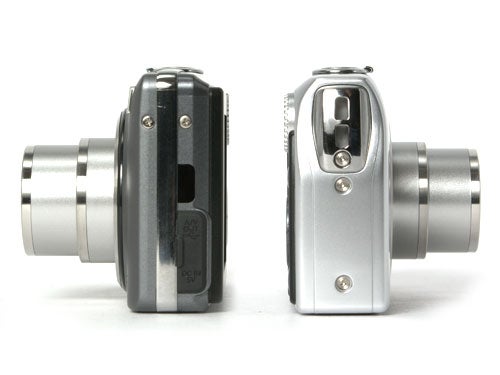 Fortunately it has other features which go some way to compensating for the slow performance. The autofocus system is nice and fast, and operates quickly and reliably even in very low light. It has an AF assist lamp with a range of several meters, so it’s a good choice for social photography. There are a couple of special shooting modes that will come in handy in this role too. The most obvious is the face detection mode, which, as I’m sure you’re aware, automatically detects any human face in the frame, focuses on it and adjusts exposure to capture it properly. Fuji’s system is one of the better ones, but like all face detection systems it isn’t infallible, so it’s as well to check it’s focused on the right thing before taking the shot.

The other nice social mode is the Natural Light & Flash mode, which takes two photos in quick succession, one with no flash and one with flash, so you get the best of both. The F40fd has a very good flash, providing excellent frame coverage, outstanding range (6.5m at wide angle, 3.5 at telephoto) and superb metering, filling in shadows nicely without being too harsh. 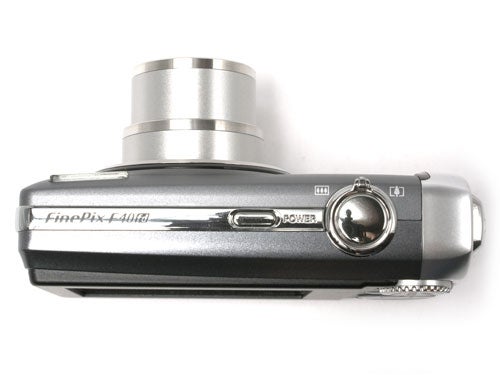 However, as with previous F-series cameras, it is the F40fd’s high-ISO performance that really stands out. Fujifilm is the only manufacturer that has really cracked image noise, by a combination of larger than average sensors with larger than average photocells, and vastly superior image processing. The F40fd has a maximum ISO setting of 2000, and produces usable images at this setting, with accurate colour balance, minimal loss of detail and an acceptable level of noise. I’m not exaggerating when I say that its image quality at 1600 ISO is better than many cameras can manage at 400. This means that in many situations you can switch the flash off and still take good pictures in low light conditions, something which simply isn’t possible with most digital cameras. 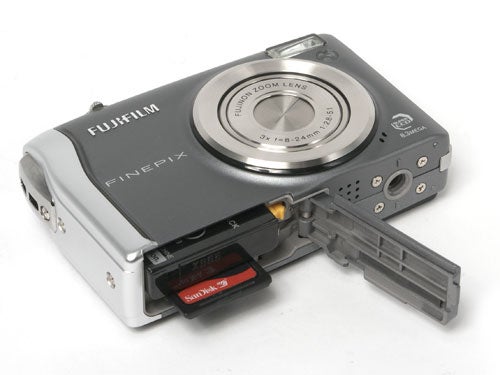 Image quality at lower ISO settings is correspondingly excellent. Like most Fuji compacts the F40fd has a superb Fujinon lens which produces good edge-to-edge sharpness with minimal barrel distortion. The level of detail in the images is better than many 10-megapixel compacts I’ve seen, in fact I would go as far as to say it produces some of the most finely detailed images I’ve seen from any compact camera. Exposure and colour rendition are excellent as always, focusing is very accurate, and the dynamic range of the large HR sensor is much better than the tiny 1/2.5-in sensors in most compacts. The only slight problem with image quality is one that has plagued most Fujifilm cameras, the dreaded purple fringes around bright highlights and high-contrast edges. If only Fuji could cure this as thoroughly as it has image noise it would have decisive advantage over other camera manufacturers.

Fujifilm continues to demonstrate that it is the only manufacturer that has successfully addressed the issue of image noise. The Finepix F40fd is an attractively designed, extremely well made camera with a good range of features and outstanding image quality. It is a bit lacking in overall speed, but its exceptional low-light and high-ISO performance are better than any other compact on the market – except another Fuji. 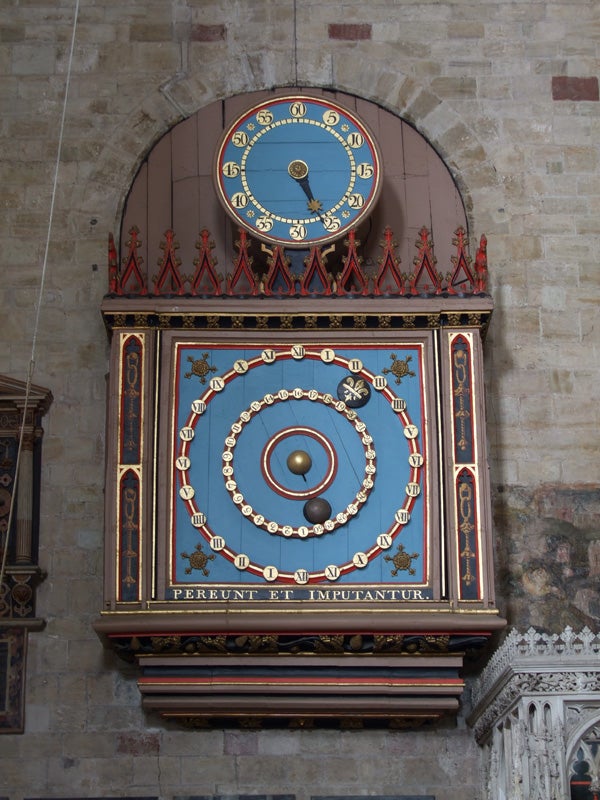 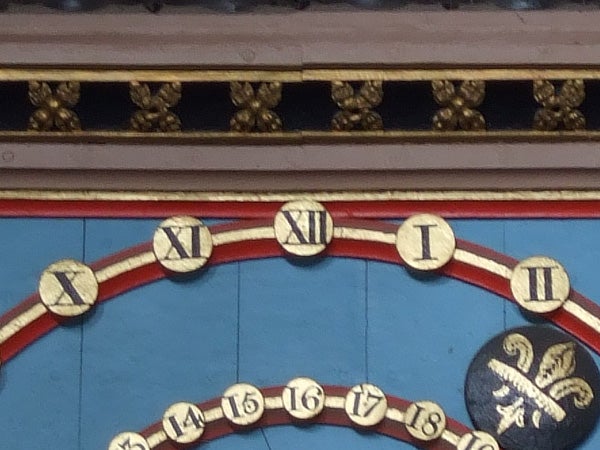 Despite the tripod, the 1/4 second exposure of this 100 ISO shot has resulted in slight camera shake, but the image is completely nose free. 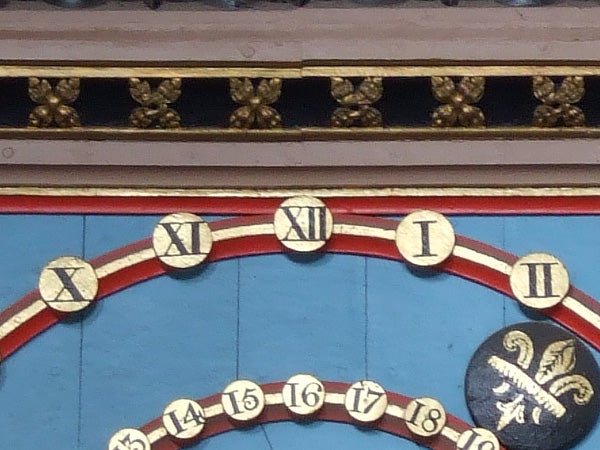 At 200 ISO the image is still free of noise. 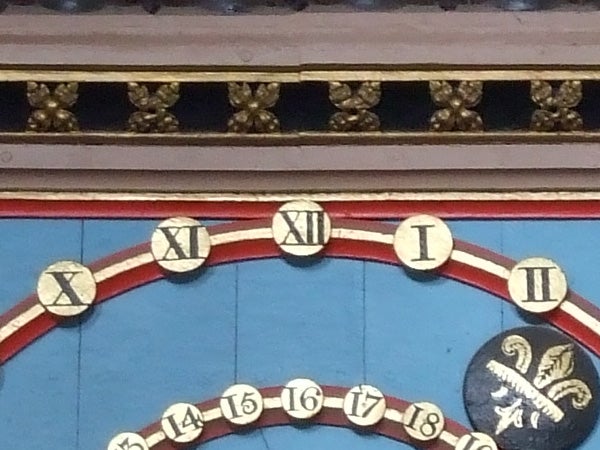 Still nice and clean at 400 ISO. Most other compact cameras show noise at this setting. 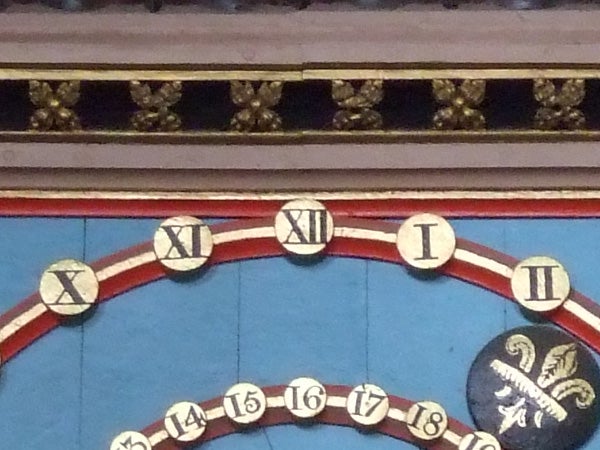 There is slight loss of detail at 800 ISO, but still no image noise. 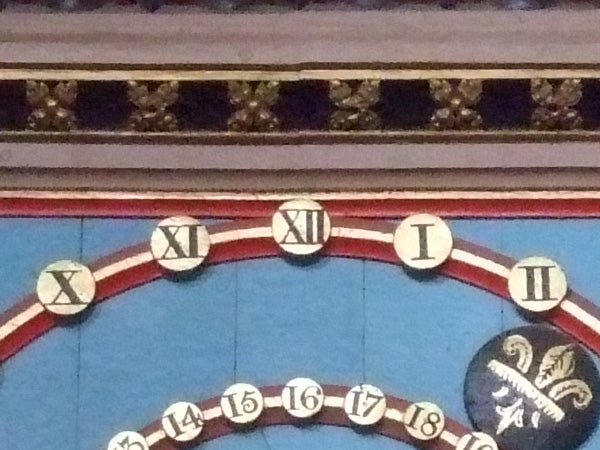 Slightly more fine detail has been lost at 1600 ISO, but this image is still perfectly printable. 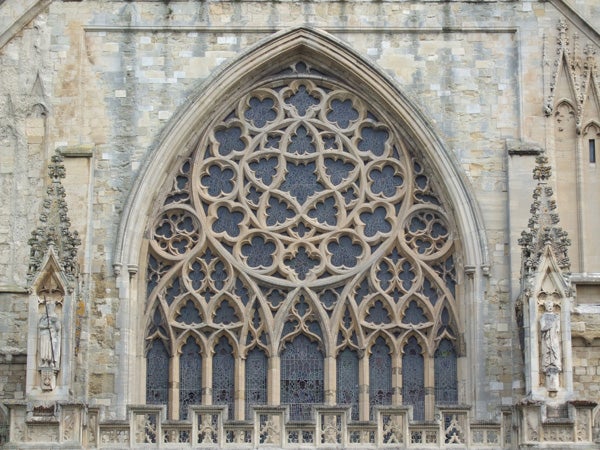 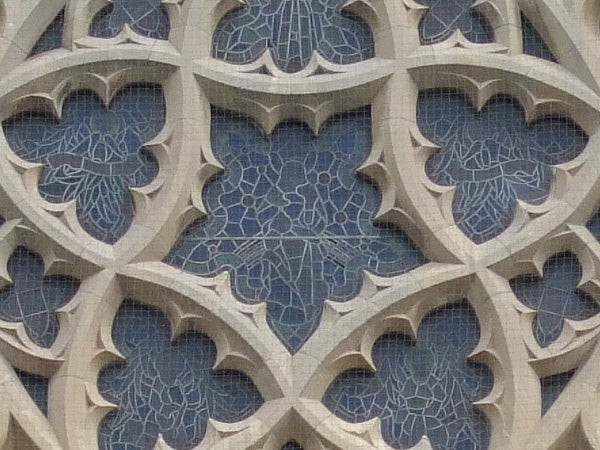 The level of fine detail from this 8.3MP camera is better than most 10MP compacts. 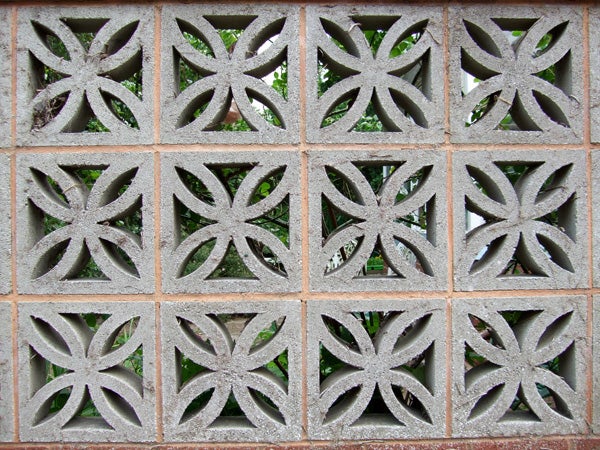 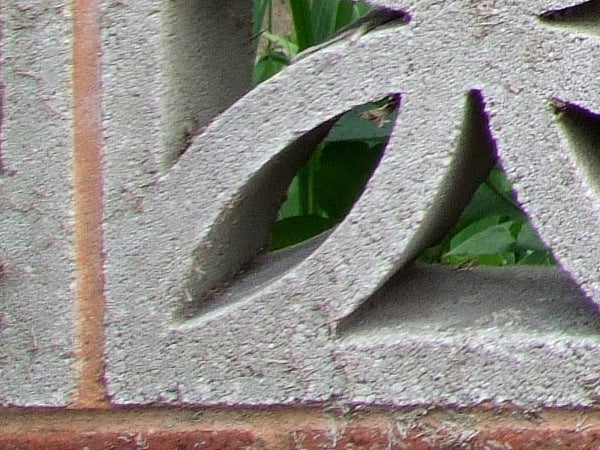 This corner crop from the above image shows good corner sharpness, but also a little purple fringing. 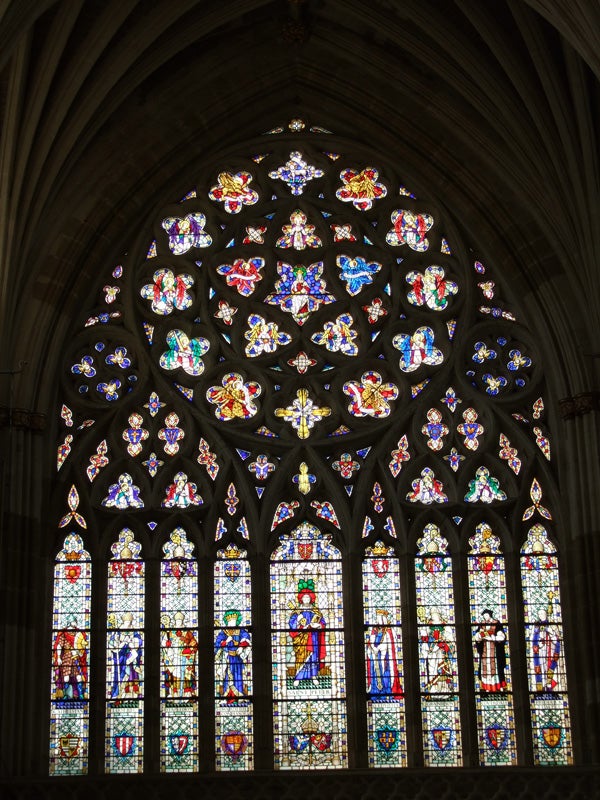 This is the inside view of the cathedral window in the detail shot. Colour reproduction is excellent. 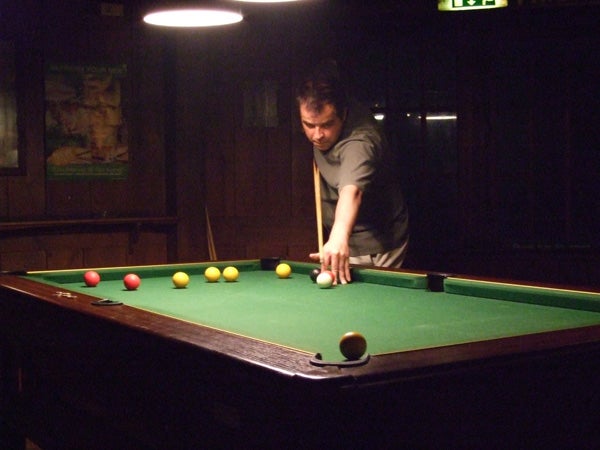 Shooting without a flash in low light at 1600 ISO produces a nice image with good colour balance and almost zero noise. There aren’t many compact cameras that could have taken this shot, and all of them are by Fuji. 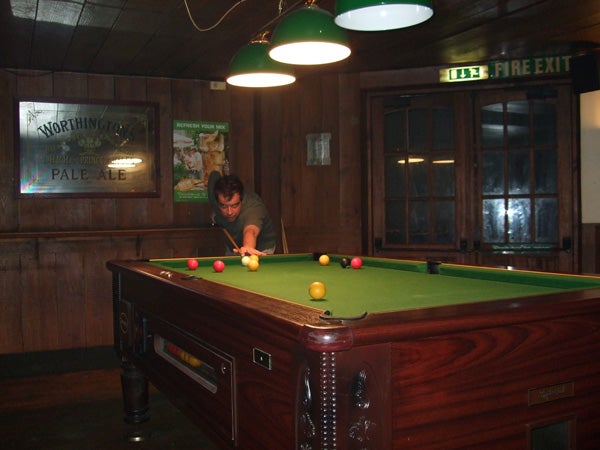 Using the flash in the same situation shows the quality of the metering, perfectly balancing the flash with the ambient light. 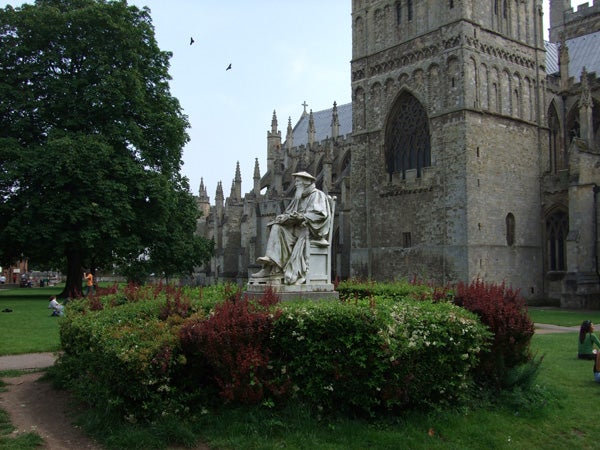 The wide-angle end of the zoom range is equivalent to 36mm, slightly wider than most compacts. 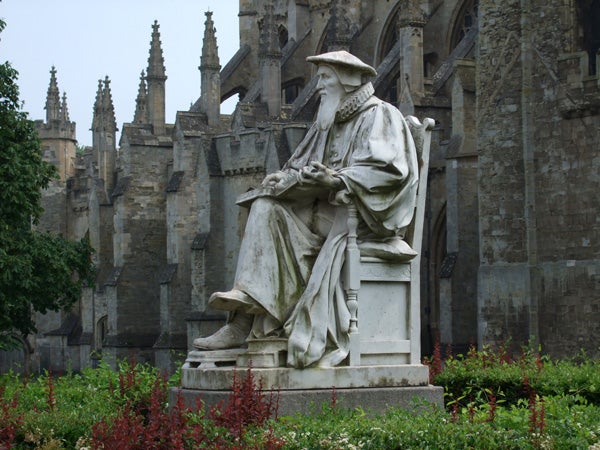 The telephoto end of the 3x zoom is equivalent to 108mm. This shot was taken from the same position as the one above.