Fujifilm has followed up the initial range of EXR cameras with a steadily improving series, culminating in the excellent F70 EXR model last year. The technology which makes the camera so impressive is centred around the EXR chip, which intelligently alters itself to cater best for the ambient situation. For example, taking a photo with an abundance of shadow and bright light would normally force a camera to favour one or the other, losing detail and contrast along the way. The EXR takes two images simultaneously, one favouring the light areas and the other favouring the dark, by separating the sensor into two halves then combines them into a hybrid shot. 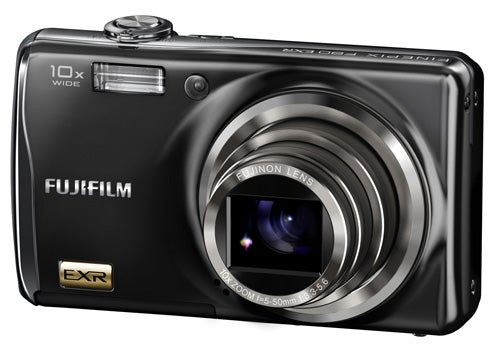 The Fujifilm F80 EXR presents the next step in that process, offering 12MP stills and a 10x optical zoom, representing a significant improvement on the specs of the F70EXR by giving an extra 2MP of resolution as well as a 3” LCD screen and HD video mode. Being priced at £180 puts the F80 EXR near to the Panasonic TZ7 and Nikon S640 on street price, both of which are excellent cameras in their own right but neither quite offer a similar wealth of features. For the price, on the surface at least, the Fujifilm F80 EXR presents a fantastic opportunity for a beginner to expand their photographic knowledge without spending a packet.

There’s not a massive amount to differentiate the F80 EXR from it’s predecessor, but that isn’t to say there’s anything wrong with sticking to an established formula. With plenty of curved edges the F80 EXR is certainly stylish at first glance, offering the occasional touch of silver over a single colour frame (red, black and silver can be chosen from). On closer inspection the body is a touch plasticy, with more of a sheen to the surface than is first apparent. A press on some parts of the casing reveals an amount of give, letting the shell flex slightly on particular sections.


The lens is the only real protrusion of note, with most of the buttons and dials sitting flush against the casing. The 3” LCD dominates the rear portion of the F80 EXR, with the Mode dial and D-pad parallel on the right side. A dimpled area, which acts as a grip of sorts, sits in between the two, and four buttons are dotted in the available spaces surrounding the controls. This gives the rear of the camera a slightly busy appearance, with few areas unoccupied by a button or dial of some description. The top panel is unfussy by comparison, holding only the shutter release, zoom and power button and only one side panel is occupied by the tiny USB and HDMI ports behind a substantial-feeling flap. 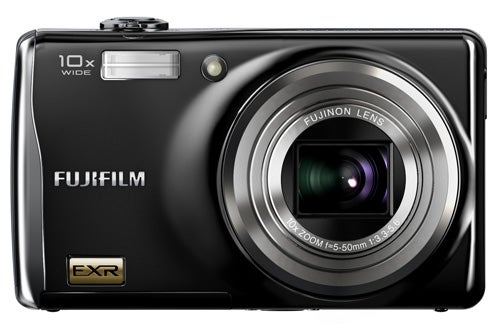 Overall the Fuji looks extremely stylish, concealing the impressive array of features housed within. The most significant is the EXR chip, which intelligently alters to cater for differing subjects. This allows for far less involvement from the user to take a decent shot, and alters how a shot is taken in lower light conditions. For example, the F80 EXR can take four images in rapid succession in a high sensitivity setting then combine them to form a single shot, reducing the amount of noise. Although the end result isn’t perfect by any means it allows the camera to be far more versatile in the majority of conditions.


For those willing to go off the beaten track slightly a Manual mode is available, giving the user a chaperoned version of the aperture and shutter speed controls. This tempers the amount of leeway available dependent on the focal length, so by being at full zoom a different set of values is available to when being at the widest angle. Although this doesn’t make for a DSLR-style experience it at least aids the user towards taking completely black images, although the lack of exposure preview when altering these settings makes the end result something of a mystery until the shot is taken.


The light meter along the base of the display does help matters somewhat, giving an indication of how well exposed the end result will be. The zoom itself is a feature of sorts, giving 10x magnification from a 27mm wide angle lens. This does put more impetus on the image stabilisation, which is a combination of mechanical and ISO-based. The results aren’t entirely successful, as the focus is still quite sluggish and images occasionally soft. One of the major additions the F80EXR offers over it’s predecessor is 720p HD video, which allows both the zoom and auto focus to operate when recording. Unfortunately this does lead to the lens movement being clearly audible on the recordings, virtually muting any live audio.

Fujifilm has clearly attempted to repeat the success of the F70 EXR without altering too many of the fundamentals and, in most places, they’ve been successful in doing so. There’s certainly more features and better specs to entice the user but in the image quality section it falls critically short. The end quality isn’t terrible by any standards but there are a few sections where the camera misses the mark. In what may be an effort to reduce the appearance of noise the pixel smoothing has been increased to try and provide better colour quality, but has only managed to make the images appear cartoonish in terms of contrast. Instead of having a healthy graduation between shades they tend to be more solid, reducing the amount of depth in the image. 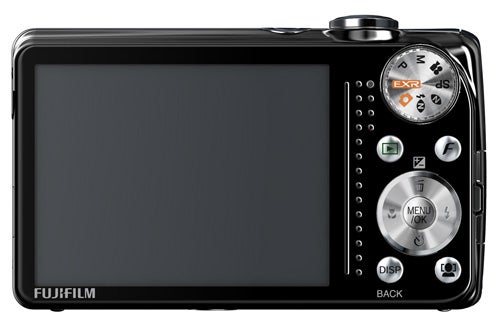 As mentioned in the features section the focus also tends to be a touch sluggish, most likely down to the long zoom, making it tricky to catch sharp action shots. Couple this with the slow startup time, which is around five seconds, and it’s not always possible to catch quick snaps. Between shots the F80 EXR doesn’t delay too much, although after five or six in succession does start to slow, but even when employing the EXR mode there’s not an unacceptable amount of time before another shot can be taken.


In low light, as can be expected with a camera that has up to 12800 ISO available, there doesn’t seem to be too many issues with taking an image indoors under artificial lighting. In reality the 12800 setting isn’t really usable, losing most of the contrast, detail and tone in the images, but the likes of ISO 6400 and 3200 are far better especially when using the EXR setting. Images are impressively sharp under trying conditions when EXR is on, and manages to successfully balance dynamic range without sacrificing too much detail. It’s a shame that the pixel smoothing is so aggressive or the F80EXR would have surpassed it’s predecessor.

There are parts of the F80EXR to be marvelled at, mostly down to the excellent EXR chip and feature set. It does perform well in low light, but there are some downsides such as sluggish focus and overly aggressive pixel smoothing. The F80 EXR is certainly decent, but not quite as good as it could have been. 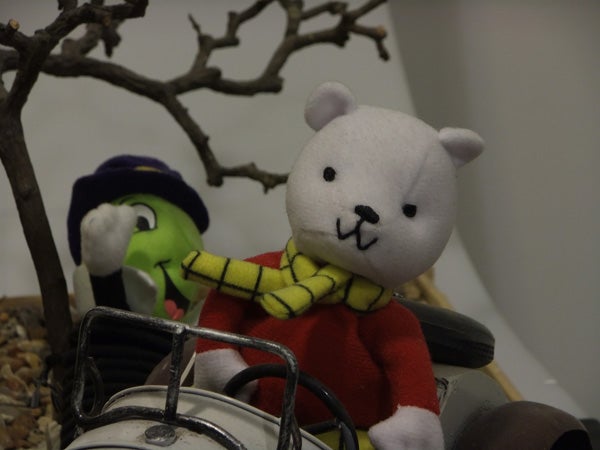 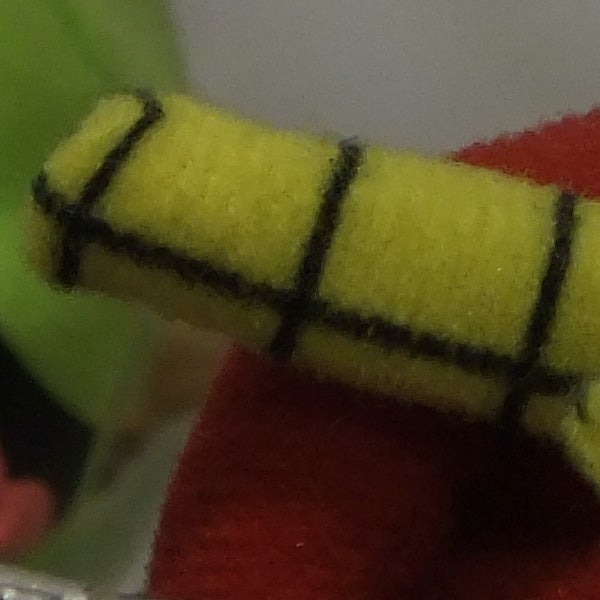 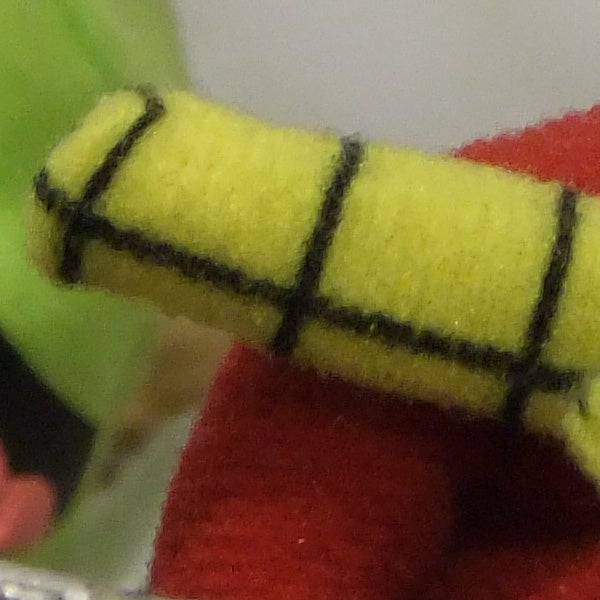 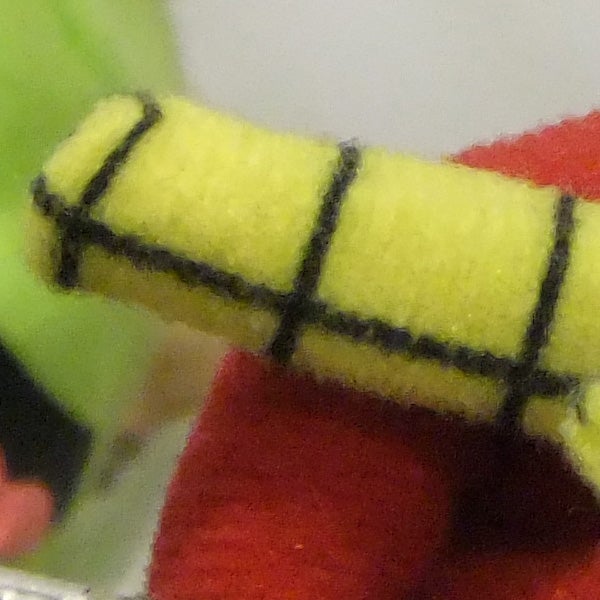 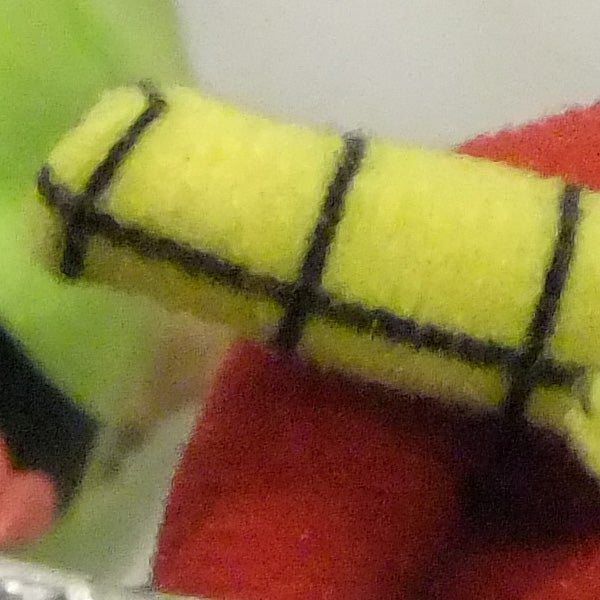 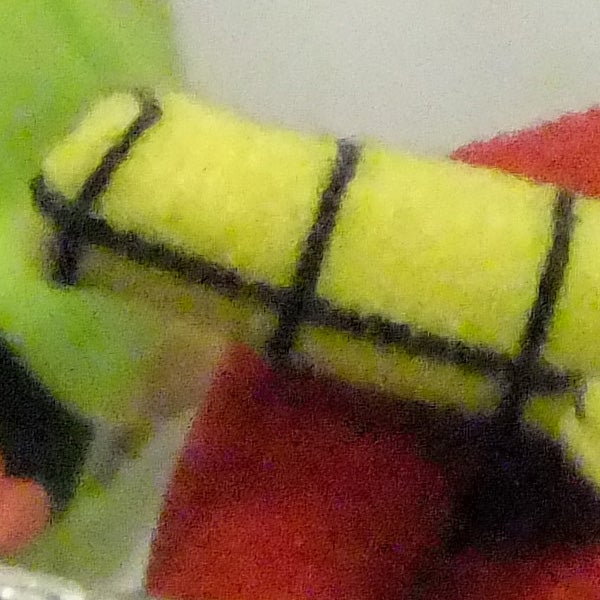 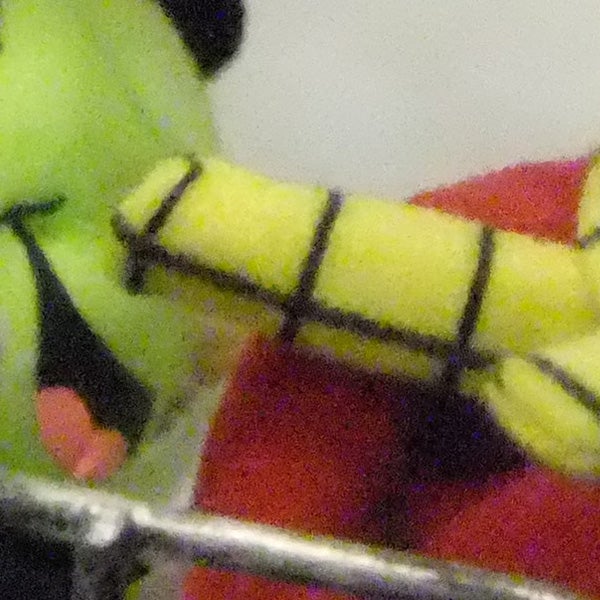 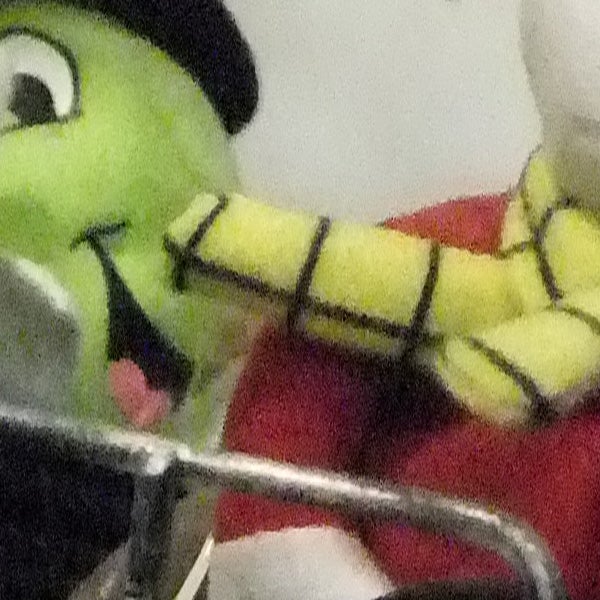 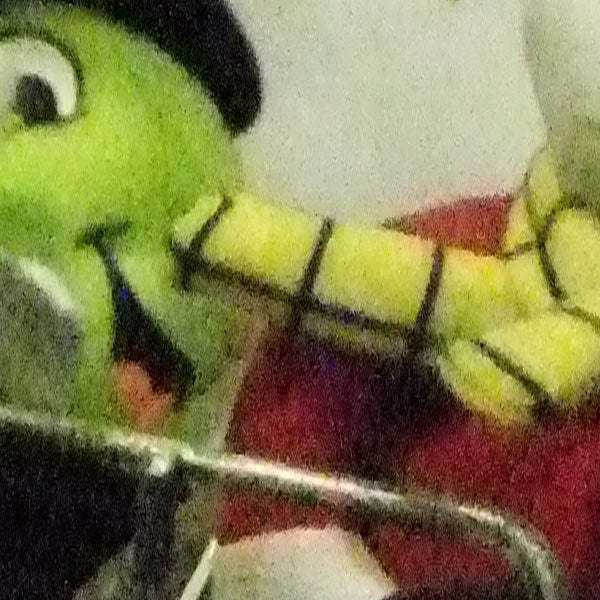 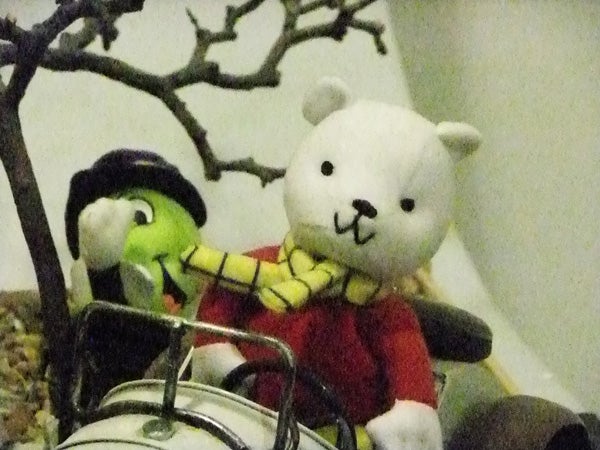 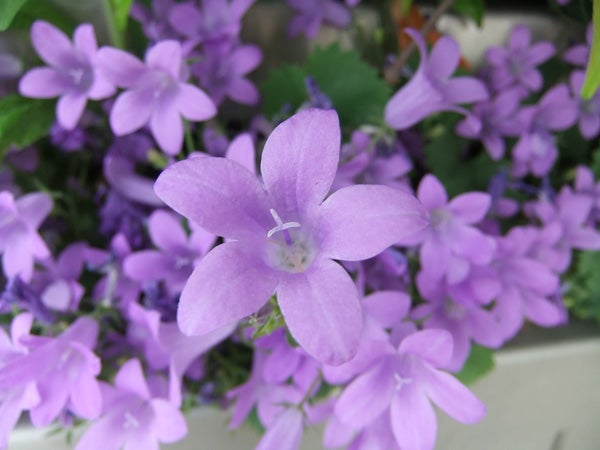 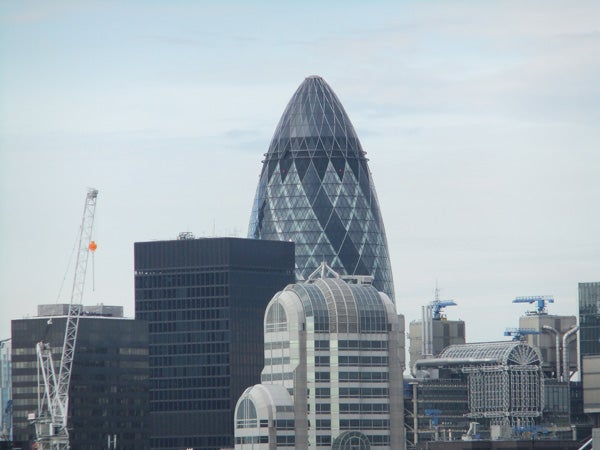 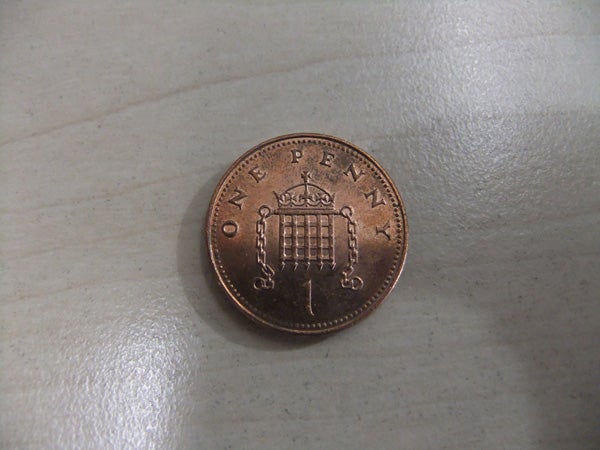