What is the Fugoo Sport?

The Fugoo Sport is a portable Bluetooth speaker that’s hoping to entice you with its waterproof design and a mammoth 40-hour battery life.

It’s part of a family of Fugoo speakers, with the range also including a more rugged Tough model and the sleeker Fugoo Style. Originally priced at £200, the Sport can now be picked up for around £150, putting it up against the likes of the UE Boom and the Monster Backfloat.

It’s certainly an attractive travelling companion, especially if you spend a lot of your time outdoors.

The Fugoo Sport weighs in at 538g and is around the same size as the Jawbone Mini Jambox or Beats Pill. Unlike most outdoor speakers we’ve seen, the Sport strikes a good balance between something that’s durable and isn’t an eyesore. You can find nicer-looking speakers from the likes of Bose and Pure, but there’s something quite appealing about this slim speaker.

To give it that toughened look there’s a waterproof cloth that cloaks the body of the speaker, with a fluorescent blue rubber trim breaking up all the black. It’s built to protect against dust, dirt, mud and even snow, so you can take it to the beach or out when you’re making snow angels and have no worries about whether it’s going to hold up.

It’s IP67 certified, which gives it the same water and dust resistance as the Moto G (2015). That means you can submerge it in water up to one metre for up to 30 minutes. Even without the jacket, the core module is dunkable. We threw it in the bath and also grabbed it to crank the volume up in the shower and it survived well enough. 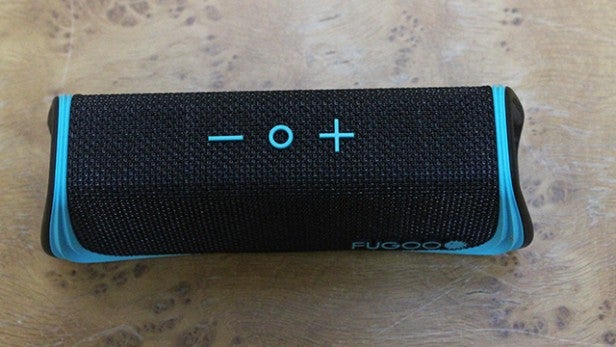 One of the most interesting elements of the Fugoo range is its interchangeable jacket. This allows you to change between the different housings in the Fugoo range, so you can swap the Sport for the jacket on the Tough or the Style. It’s not that easy to do, however. We imagine in the case of the Sport it’s a little more difficult because this is a waterproof design that needs to be tightly sealed, so you’ll need to have a screwdriver handy to remove the screws on the base of the speaker to get the base plate off and slide another jacket on. These additional jackets cost around $40.00 (£40), so they’re not cheap.

There’s more, though. Fugoo also provides a host of accessories with prices ranging from $30 (£20) to $50 (around £30). The most expensive is the wrist-worn waterproof remote control, plus there’s a mount to strap it to a nearby tree and a multi-mount to put in your bag. While we haven’t tried any of the add-ons, it does give you more flexibility of where you can prop the speaker up when you’re out and about.

Looking around the speaker you’ll find some pretty standard buttons and ports. On the right side there’s an on/off button that plays some very sultry activation music and a voice prompt telling you that the “speaker is on.” If you hold that button down, you’ll also get a vocal indication of how much battery you have left. It doesn’t break it down as a percentage, instead telling you that it’s about half or three-quarters full. Still, it’s a nice touch. 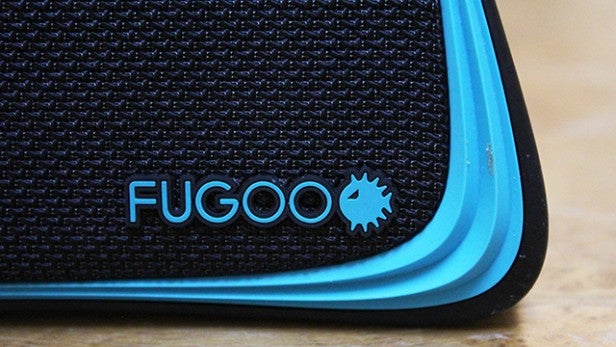 In between this and the Bluetooth pairing button is a simple LED notification light to let you know when the speaker is activated and another indication of the battery life. One the left side of the speaker is the 3.5mm stereo input to physically connect a phone or plug it into your computer, and that’s alongside a Micro USB port that’s used for charging. There are cables provided for both, so you’re well equipped for wired or wireless playback. That USB port is also used for firmware updates to improve the Fugoo’s core features. Those updates have already enhanced voice prompts and added a Loud mode, which we’ll go into in more detail later.

On top are plus and minus buttons to adjust the volume. The circular button in between is your Action button. If you’re streaming from an iPhone or Android phone, for example, a simple press will activate Siri or Google Now to give you Amazon Echo-like voice control. Nice.

Hidden behind that weatherproofed exterior is a rechargeable lithium battery that Fugoo claims delivers 40 hours of battery life. Having used it over the past few months we can safely say that it more than lives up to that claim. To put its stamina into perspective, the Beats Pill manages just 7 hours. This pretty much blows most of the similarly priced competition away. When you do finally run out of battery, it’ll take a couple of hours plugged into the mains adaptor or via USB to get it fully juiced again. 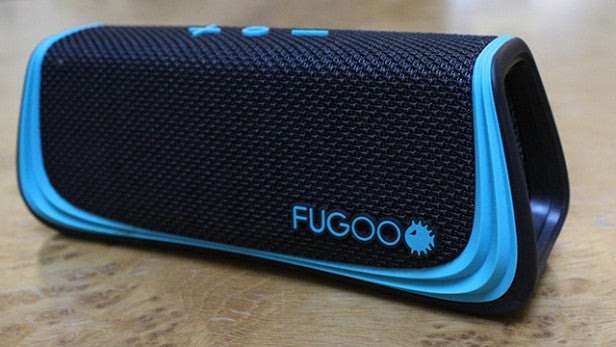 With any small Bluetooth portable speaker claiming to deliver big sound, we’re always sceptical. In the case of the Sport we were pleasantly surprised by what it was able to muster up in the sound department, however.

Like the Denon Envaya Mini, this is an omnidirectional speaker promising sound from all angles. That’s delivered by two passive radiators on the back and front of the speaker along with two tweeters and two neodymium woofers to add the punch without increasing the distortion.

This speaker doesn’t fall into the trap that most portable speakers do by overblowing the bass. There’s just enough warmth and bottom end to compliment the balanced mids, and it digs out plenty of detail so that vocals and instruments shine through as well. 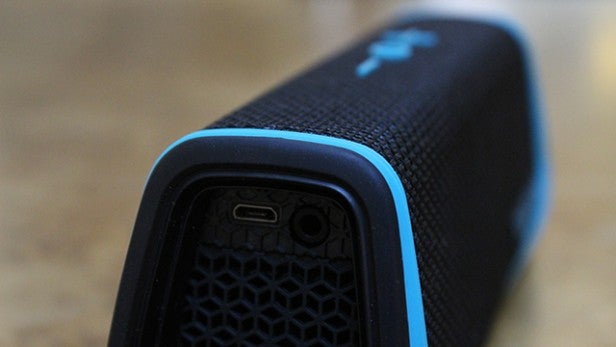 It’s not the loudest of speakers, mustering up 95dB of sound, but if you update to the latest firmware (1.00.36 or later), you do get a Loud mode. This can be activated by holding the Action button and the Power button at the same time when the speaker is turned off.

The jump in volume and power is instantly noticeable. Fugoo says this is for outdoor use only and we’d agree. Normal mode offers a satisfying amount of loudness without feeling excessive. Loud mode sees a little distortion creep in, but it’s not so obvious in a less intimate setting.

The Sport also works as a speakerphone and Fugoo hasn’t scrimped on the features to make sure calls are clear. Theres’s an omnidirectional microphone with echo cancellation, and Digital Signal Processing (DSP) to reduce wind and background noise. Call quality is plenty clear enough.

Overall, we were impressed. This is a speaker that can deliver great sonics. While it might lack the refinement of something like the Bose SoundLink Mini II, it outshines portable speakers from some bigger, more reputable names. 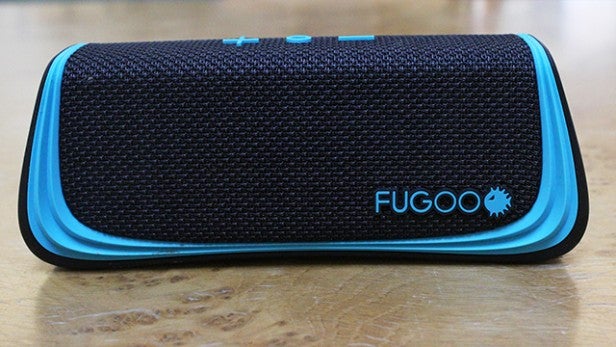 Should I buy the Fugoo Sport?

At its original price of £200, the Fugoo Sport felt expensive. But with a price cut of £50, it’s one of the best portable speakers around, and built to take some rough and tumble or even be thrown into a swimming pool.

If you’re looking at the Fugoo, then the likelihood is that you’re considering an outdoor speaker that doesn’t take up too much space in your bag. In that respect, the Sport offers a better all-round package than something like the Monster Backfloat or the JBL Charge 2+. As we’ve already mentioned, you could get superior sound quality, but there are no other speakers that match the Fugoo Sport’s combination of rugged yet attractive design, excellent battery life and waterproofing.

The regular firmware updates along with the removable jackets and optional accessories only add to the appeal of the Sport, although most will be able to live without those extras.

Fugoo might not be a name that’s familiar to you, but don’t let that put you off. This is a Bluetooth speaker we’d happily take on our next trip.