Convergence is a word that’s much used, and abused, in the technology industry. And, a bit like the vegetable extract spread – Marmite – you either hate the idea or you love it. Some stick firmly to the idea that one device should do just one job. A phone for phoning, a satnav for route-finding, a television for watching television on… the theory is that something dedicated to one task will, inevitably, do it better than one that does many. 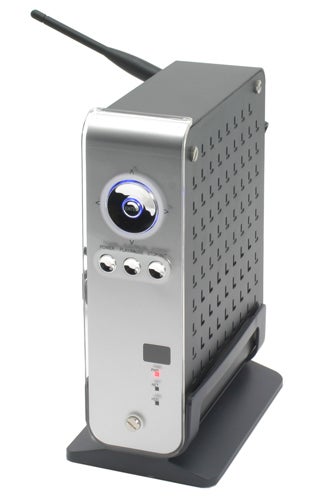 But manufacturers seem to love it, constantly beavering away building as many features as they can into every device they kick out of the door. Mobile phones now take pictures, play music and can act as pocket satnav systems. Tiny pocket MP3 players can now play video. Satnavs can now play music – the list goes on.


It’s certainly something that’s already bringing together home networks, computers, audio and video playback, but the convergence of computers and home entertainment has its drawbacks. And one of the biggies is having video, TV shows, music and other audio files strewn around your home on various laptops, PCs and storage boxes, which can be inconvenient to organise or make sense of. 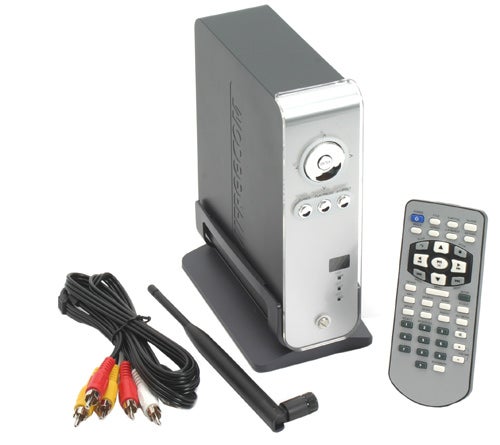 It’s a problem that Freecom’s Network MediaPlayer 350-WLAN 500GB aims to solve. Like Netgear’s highly capable EVA 8000 I reviewed a couple of months back, this can connect to your home network wirelessly and stream audio, video and HD video content straight to your TV or hi-fi so you can watch all those downloaded files without having to burn them onto DVD or connect your laptop to the telly.


But this Freecom isn’t simply a copycat device. On top of its network streaming capabilities, it also packs a 500GB 7,500 rpm Hitachi Desktar IDE hard disk. This means you can transfer your media files to it and watch them without having to have your networked machines switched on all of the time. You can use the device as a file and media server too with its built-in NAS capability, and it’s all squeezed into a box not much bigger than a hardback Harry Potter, making it easy to squeeze into a spare space in your equipment rack.

You might think that such a small box wouldn’t have enough room for the connections required, but again the Freecom surprises. A quick look at the rear of the device reveals a veritable feast of outputs and inputs. For video, there’s component output (supporting 720p and 1080i), DVI (supporting 720p, 1080i and 1080p), S-Video and composite video out, though there’s not quite enough room for SCART.


For audio, there’s a simple pair of RCA phono sockets, plus optical and coaxial digital audio output if you want to bypass the box’s rather average audio circuitry. Finally, there’s an RJ45 socket for 10/100 Ethernet connection, a threaded attachment for the wireless networking aerial and a pair of USB sockets – one for connecting dumb devices such as thumb drives to the device and another for connecting it to a PC or laptop to use as an external hard drive. You’ll notice that it doesn’t have an HDMI output but this shouldn’t be too much of an issue as 1080p is supported over DVI. 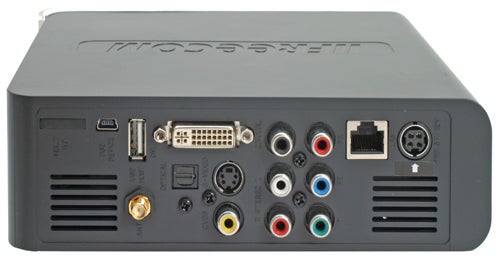 In addition to all this, should the 500GB drive supplied not be sufficient for your needs, the box can be bought as a bare bones system that you can add your own NTFS or FAT-32 drive to. Can I take a breath now?


So how does it work? Well, it’s a bit of a mixed bag. Video file format support is good, with support for DivX, Xvid, AVI, MP4, WMV9, DAT, MPG and VOB files – though there’s no support for MOV files – and the picture quality is decent too. It won’t compete with a decent DVD player – my upscaling Denon 1920 produces a better quality picture, but it isn’t too far behind.


But I’m not convinced of the quality of the decoding chip, or Freecom’s implentation of it. As with the Netgear streamer, the Freecom’s 802.11g adaptor isn’t quite up to streaming anything really high resolution, with anything more demanding than 720p DivX files proving too much for it. I tested its mettle using some 1080 HD WMA files downloaded from the Microsoft Showcase website and, after a few seconds, the sound disappeared and the picture began to stutter. But with lower resolution DivX files I noticed a less serious but nonetheless obvious, single frame stutter. Bizarrely, even when transferred to the hard disk, the playback still stuttered in exactly the same way. VOB files were the only ones I tested that seemed immune to this issue. 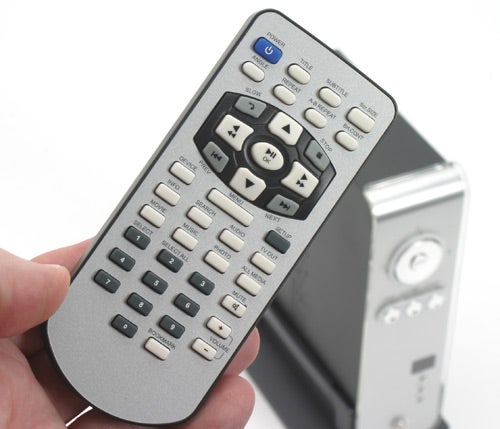 It is at least better than the EVA8000 at fast forwarding through files, and scanning through files to find a point where you left off is more effective as well. It also bookmarks your place in a file automatically when you hit the stop button, making it easy to return to watching a file at a later date. The user interface itself is basic, but functional and, if anything, slightly easier to use than the Netgear as well.

But there are, alas, more problems. Next up is the remote which just doesn’t seem to have enough power. I thought the device had crashed a couple of times, until I pointed the remote directly at it and it worked. It may sound innocuous, but trust me, it becomes very, very annoying after a few days of pressing buttons once, then twice after you realise your first attempt hasn’t registered. 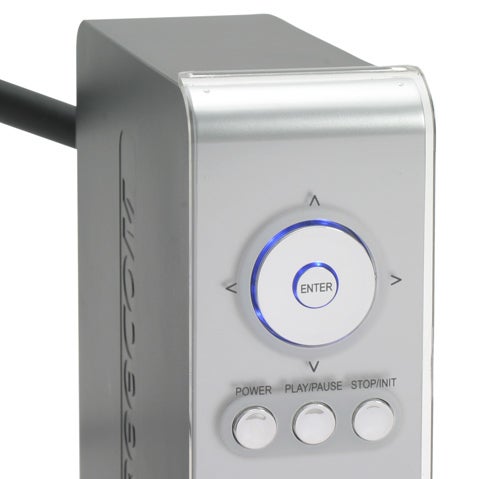 Another irritation is that this Freecom doesn’t support UPnP so if you want to be able to use it as a NAS box and media server on your network you have to install Freecom’s own NDAS client software. This is unnecessarily fiddly to set up too, requiring you to enter the device id as well as all usual shenanigans involved in network setup. It’s not particularly user friendly once everything is in place either – you have to ‘mount’ the device every time you start up your computer in order to read from or write to it.


And anyone who plans to use it as an audio server might want to think again too, as file format support is weak. You can playback MP3, WMA and Ogg Vorbis files, but not AAC or FLAC, both of which are big misses. And this is before you get to the software provided for track browsing and playlist manipulation, which is extremely clunky – the main moan being that you can’t browse tracks while they’re playing back.


There’s no denying for £215, you’re getting a lot of kit for your money with the Freecom MediaPlayer. A 500GB NAS box on its own would set you back at least £100 without wireless connectivity or the media streaming capabilities. That means you’re getting similar functionality as the Netgear EVA8000 for a piffling £115 and that has to be good news. 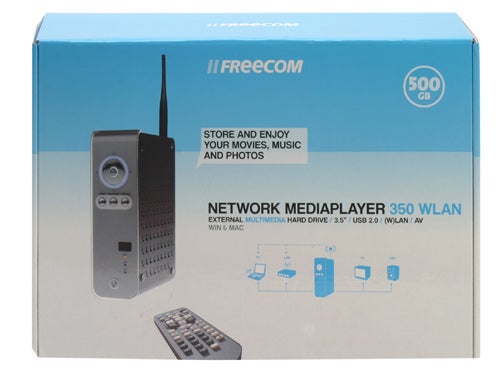 But there’s no getting past the issues with video playback performance, weak audio file support and poor music playback interface. It may be full of features, but its performance isn’t good enough to warrant any kind of recommendation, even if you are a big fan of convergence.