The digital switchover has been one of the longest, most protracted processes in living memory. It seems to have been going on for half of my lifetime, and the analogue TV signal ”still” has until 2012 before it’s switched off completely. Digital radio will also take over eventually, but the ubiquity of the analogue right now (the BBC reckons there are 100 million radios in the UK) means that this has been given an even longer timescale and no final date has yet been set. 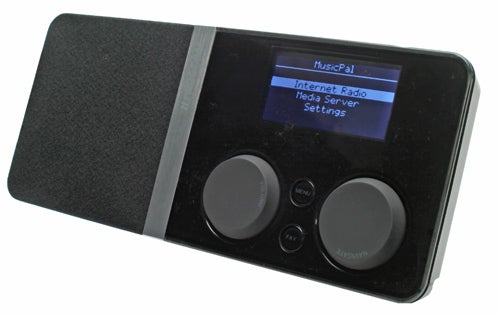 If and when this eventually happens it may be a moot point anyway if products like Freecom’s MusicPal – a Wi-Fi Internet radio – keep turning up. Internet radios offer access to many more radio stations than those on the restricted DAB list, usually offer more features, and the bitrates of Internet broadcasts is higher than those of DAB too. Until recently, cost was a barrier to true competition, but as the MusicPal’s tag of £90 proves, this is becoming less of an issue as time goes by. 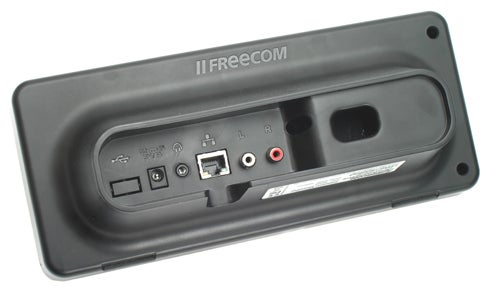 So how does using this Internet radio shape up in everyday use? Well, apart from its slightly staid looks – all black and silver – there’s plenty to like about the MusicPal. As with other Internet radios, you can use the MusicPal to not only tune in to thousands upon thousands of stations across the world, but also stream files from your own personal music collection. The MusicPal is UPnP and DLNA 1.5 compatible, so it’s the perfect all-in-one device to pop in the kitchen so you can listen to your favourite music while you’re cooking.


File format support includes native decoding of MP3, WAV and LCPM files – not the longest list, you might think, but with the appropriate music server software (TVersity for instance, which is free) other formats, including WMA, OGG and FLAC can be decoded on the host PC instead.

You can also subscribe to a RSS feeds – the BBC News home page, for instance – and have headlines scroll across the screen as you listen. The MusicPal has comprehensive alarm features too, so you can use it as a rather high-tech clock radio if you want. And you can set the clock to synchronise with an Internet time source, so no more excuses about being late and no need to worry about having to reset the time when the clocks go back and forwards in the spring and autumn. 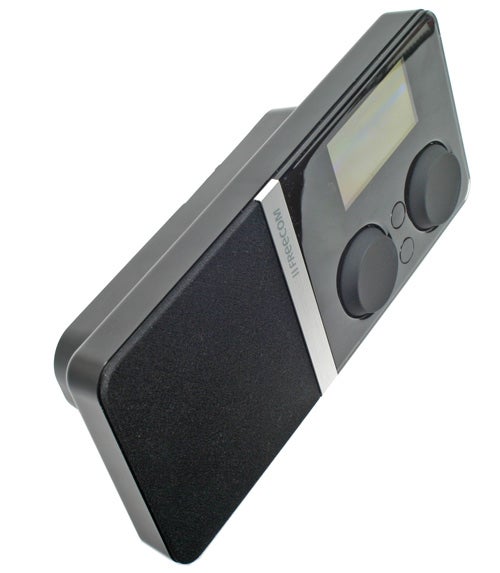 Internet radios are typically quite complex to navigate because there are so many stations, but Freecom’s MusicPal provides an elegant solution to the problem. You don’t get a succession of numbered buttons as you do with so many other DAB and Internet radios; I find it impossible anyway to remember which station is associated with which button. Instead you simply press the Fav button on the front panel and up pops a list of radio stations you listen to frequently. Creating the list is simply a matter of ‘tuning in’ to the station you want, then clicking the Navigate wheel and choosing the Add to favourites option. 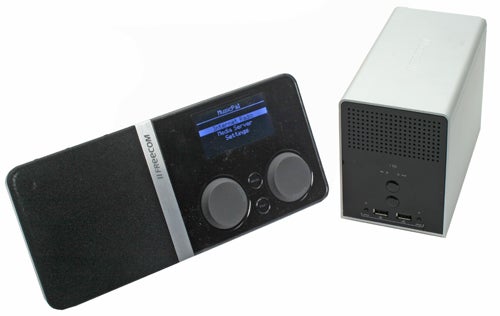 And this ease of use is reflected in other aspects of the MusicPal’s control system. The key to it is simplicity: all that’s needed to control the MusicPal is a couple of clickable dials on the front. There’s one for the volume and one for navigating up and down lists, plus there’s a pair of buttons: one to bring up the favourites list and the other for accessing the menu. It’s not as easy as navigating a DAB radio with its simple sequential dial, but before too long you’ll be navigating to radio stations across the world, from Bulgaria to Japan.

But it’s not all a bed of roses. Part of the attraction of Internet radios is that you don’t have to have a PC on to run them – you can usually simply plug them in, set up the Wi-Fi link and then simply browse away to your heart’s content. But Internet radios have to get their lists of radio stations from somewhere, and with the MusicPal it’s the vTuner radio service supplying the URLs. This is where the MusicPal begins to fall behind standard DAB radios and other Internet radio competitors from the likes of Revo and Tangent. The main problem is that the list of stations set up as standard on your vTuner account doesn’t include any BBC stations. You can, of course, add stations to your heart’s content using the bundled vTuner account but that’s beside the point – it’s a pain to do and it should be set up straight out of the box. 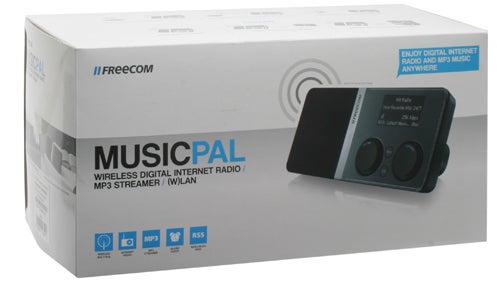 There are a couple of other areas where the MusicPal can’t match more mature products. The first of these is build quality: though the design is clean and unfussy and the controls intuitive to use, the MusicPal is just too lightweight. You have to grasp it from behind to stop it scooting across the table when you’re clicking away at the dials. The second is sound quality, which is as disappointing as the build quality. Its single speaker is fine for talk radio but there’s little solidity, substance or bass to the sound, so music doesn’t sound wonderful.


All-in-all, the MusicPal is a competent Internet radio. It’s easy to use and set up, it has a decent range of features and it comes in at a reasonable price too, at under £100. But it’s a fiddle to add BBC radio stations, it’s not the most solidly engineered product and sound quality isn’t wonderful. It looks like we’ve still got a bit of a wait yet for a DAB-beating Internet radio to emerge after all.