Network attached storage (NAS) is generally too expensive for single users or very small businesses to consider, but the Classic SL Network Drive offers an interesting and cost-effective alternative. Alas, the storage industry suffers from more than its fair share of acronyms and Freecom adds yet another to the mix in the shape of NDAS (network direct attached storage). This offers a completely different angle to shared storage as it allows the hard disk to be connected to the network and yet accessed as though it were a locally attached drive.


A key feature of this solution is that, unlike NAS, it doesn’t use TCP/IP to allow workstations or laptops to access the drive over the network. Instead, Freecom uses a proprietary protocol called LPX (Lean Packet eXchange). This requires an extra network protocol driver installed but as you’ll see this method does offer some interesting security options. 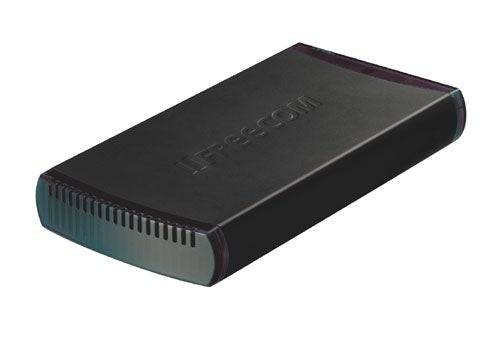 Freecom offers a selection of drive sizes with the model on review kitted out with a 160GB ATA hard disk. The metal casing is reassuringly sturdy and is also fitted with a tiny internal fan to aid cooling. A Fast Ethernet network port is sited at the rear and you also get a USB 2.0 port as well so the drive can be locally connected to a PC but note that the NDAS mode cannot be used at the same time.


Installation for NDAS takes a few minutes as you need to load an administration utility before the drive can be accessed. You can choose between the USB or NDAS drivers and for the latter, the routine takes you through setting the drive up on your network and loading the relevant software. There’s more to do as the new Device Management utility requires each Network Drive to be registered with the client using the 20-character ID code found on a sticker on the base of the unit. This allows read only access to the unit and a second five-character key found in the same location must be also be entered if write access is to be granted.

Next, you can choose to mount the drive in read only or read-write mode. We opted for the latter and our Windows XP notebook immediately spotted the drive as new hardware. It was disappointing to see the drivers hadn’t even passed the Windows Logo test but once they had been loaded Device Manager identified a new NDAS SCSI controller and hard disk while Windows Explorer revealed a new local drive already preformatted as NTFS and ready for use. A quick check in the Network Properties showed the LPX protocol support had been loaded as well.

So far so good but there are a number of NDAS restrictions you need to be aware of that centre around write access to the drive from multiple users. The Device Management software is available for both Windows and Mac OS 10.x and if both types of system are accessing the drive together all can read it but only one can have exclusive write access at a time. This also applies if there are Windows 98 and ME users as write access must be manually passed from one system to another. No such problems if you’re running Windows 2000, XP and 2003 as all can share read/write access simultaneously.


As already mentioned, NDAS mode does offer some unique security features as only those clients that have the drivers and software installed can access the drive over the network. Furthermore, you can also decide at the device registration phase whether they are allowed write access as well. 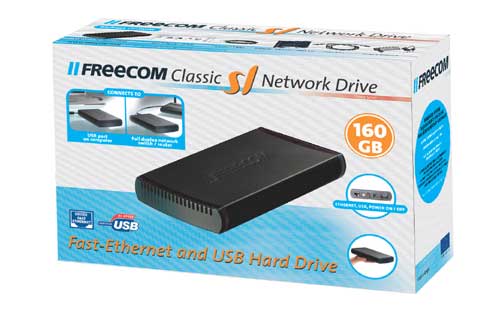 The Device Management software runs as a background task and provides tools to mount and dismount drives and change the access mode. It offers a complete rundown on the drive’s status and its properties and you can see which other clients are accessing it. With the drive dismounted you can deactivate it and reset the NDAS connection from here as well. The Device Bind tool also offers some interesting features for Windows 2000, XP and 2003 users as you can take up to eight Network Drives and aggregate them into one large drive or a striped array. Two can also be amalgamated into mirror and there’s even a RAID-4 option which uses a minimum of two drives plus a third for parity data to provide a fault tolerant array.


Performance over our Gigabit Ethernet test network was pretty good with the open source Iometer reporting a raw throughput of 10.5MB/sec for one Windows XP client and a cumulative total of 10.4MB/sec for two. Speeds in the real world impressed as well with a copy of a 690MB video file to the Network Drive completed at a rate of 8MB/sec.


The Classic SL Network Drive brings together a unique solution for local and networked storage and delivers a fair turn of speed as well. The installation process is a bit of a pain and we would only recommend NDAS for Windows 2000, XP and 2003 users but it does offer some good security options and doesn’t cost much more than a standard USB external drive.