What is the Formlabs Form 2?

This is an evolution of the Formlabs Form 1+ and appears to address many of my criticisms of that model. The build platform is 40% larger, it has Wi-Fi for wirelessly uploading prints, the resin is now automatically dispensed from a new cartridge system, and measures have been put in place to stop hardened resin building up on the bottom of the tank.

As a result, this is now one of the finest desktop 3D printers you can buy. As long as you have money to burn.

The Form 2 is visually very similar to the Form 1+, with the most obvious change being a touchscreen on the front of the base. This printer is a lovely object, as much desktop art as a useful creative tool.

Look a little closer and you’ll notice the large hole at the back of the orange Perspex cover, into which one of the newly introduced resin cartridges has to be dropped. Also, a special wiper has been added to the resin tank, which, in conjunction with an auto-heating system, aims to stop hardened resin from forming in the tank and ruining your prints. 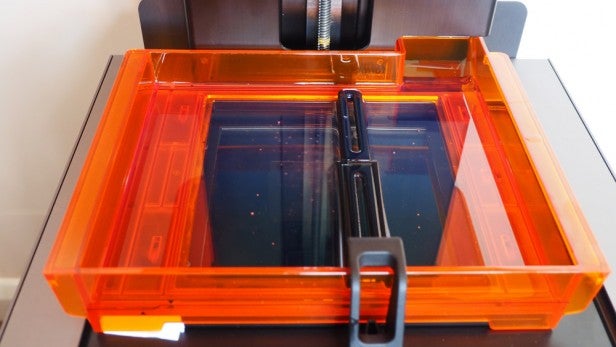 The build platform – which, since it dips down into the resin tank, is upside down compared to the platforms on FDM printers – is 40% larger than that on the Form 1+, but still isn’t huge. Accessing both the tank and platform is achieved by tilting back the orange cover on its hinges, just as on the Form 1+.

If you intend to print using a variety of different resin colours, you can buy multiple resin tanks (with lids) to make it easier to swap around. They’re not cheap, though, at €55 each.

Thankfully, Wi-Fi’s now built in, which means you no longer need to tether a computer to upload prints. However, a USB socket remains around the back for a wired hook-up if required.

As with all 3D printers, there are a number of hoops through which you need to jump before you can get the Form 2 printing. The cartridge has to be inserted, the resin tank and wiper slotted into place, the build platform locked in, and the whole printer levelled on its screw-adjustable feet.

This last process is made simpler than it sounds, thanks to a neat virtual spirit level displayed on the touchscreen.

Configuring and uploading prints is via the newly updated version of Formlabs’ PreForm software. 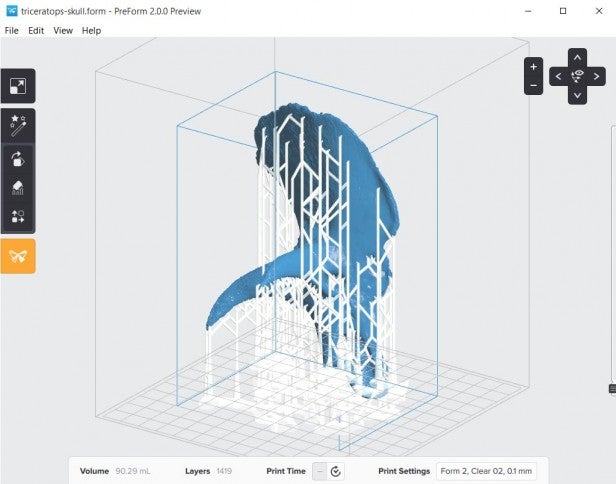 The first thing to do in PreForm is to tell it what colour resin you’re using and at what resolution you intend to print. Formlabs’ resins allow a resolution of 0.1-0.025mm from the Form 2, although some are limited to 01-0.05mm.

Once you’ve worked out what size you need to print your model, you can allow PreForm to orient it correctly and add any support structure that’s required. The supports are a necessary part of 3D printing, where the printer adds extra parts that give the model structural integrity while it’s being formed. Don’t worry, the supports are attached only lightly so that they can be trimmed off when the print’s finished.

Finally, PreForm calculates how long your print will take, and does so accurately. It’s a competent piece of software, although I still dislike using the right mouse button for adjusting the viewing angle of the 3D model. It somehow feels unnatural to me.

With the file uploaded to the Form 2, it’s time to confirm that you want to start the print by pressing the button beneath the touchscreen. And that’s when the magic happens… 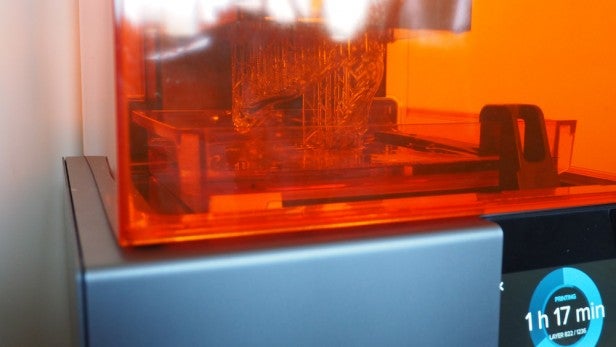 The resin tank fills quickly via the new cartridge system, and there’s absolutely no reason to have got your hands sticky by this point.

Waiting for the Form 2’s operating temperature to reach 30 degrees is something new that wasn’t required on the Form 1+, and it can be a long wait if the room temperature is low. The wiper gives the resin an occasional swish to punctuate the process. Also, be warned that this heating time isn’t factored into the calculated print time.

When the build platform does finally dip down into the pool of resin, and those green lasers start flickering inside the orange canopy, it’s a mesmerising experience. Printing with clear resin, watching those lasers flashing off the printed support structures as they rise, it looks like Fraggle Rock‘s Doozers are building a miniature venue for a tiny Jean-Michel Jarre. 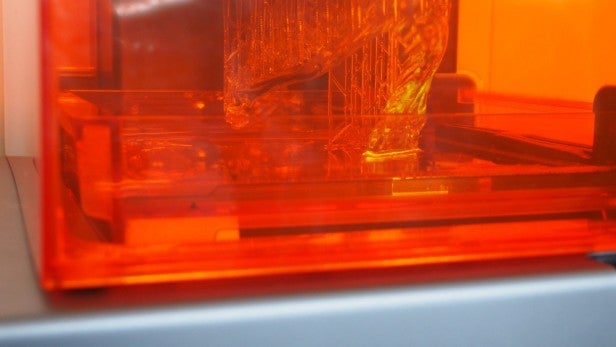 This isn’t a quick process, but then no high-resolution 3D printer is a speed demon. One particularly large 0.1mm-resolution print, taking up much of the Form 2’s build volume and requiring a lot of support structure, took more than 10 hours.

Making that slightly more bearable, though, is the fact that the Form 2 is generally quieter than other 3D printers. While the lasers are doing their thing, it makes almost no noise at all, then each time the platform is lifted so that the wiper can swish the resin, it just sounds like a photocopier doing a copy cycle.

In fact, with only the occasional use of headphones, I worked with the Form 2 printing next to me for days at a time and it didn’t make me want to rip my own ears off.

Now, the thing about SLA printing is that when the printer’s finished, the print isn’t. You have to clean all that sticky resin off it before you can even think about removing the supports.

To that end, Formlabs provides a finishing kit, which includes a tool for prising the print off the build platform, some tweezers and snips for removing the supports, a scraper for checking the resin tank hasn’t got any build-up on the bottom, and two watertight boxes. The boxes need to be partly filled with isopropyl alcohol, which you can buy for around £15 per litre. Yes, more expense. 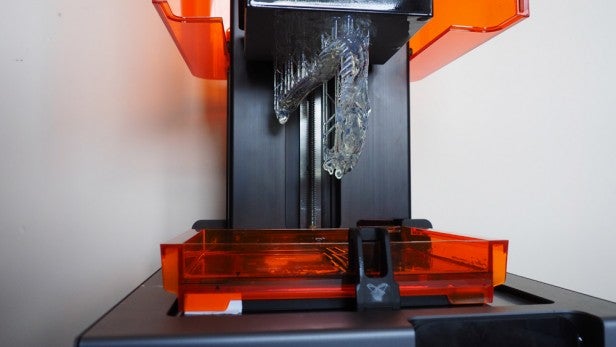 With the print detached from the build platform – which you’ll need to clean with the isopropyl alcohol later – it’s time to pop it in one of the boxes to be swilled around and then left for a few minutes. Then you can transfer it to the next box and swill again. By then all the sticky goo should be gone and you can leave your new print to dry before snipping off any supports.

A lot of faff, right? When you have the finished print in front of you, it doesn’t feel that way. It all feels worth it. The Form 2 is capable of utterly astonishing results – superbly crisp with very little visible layering, even at 0.1mm. The higher resolution almost seems unnecessary. 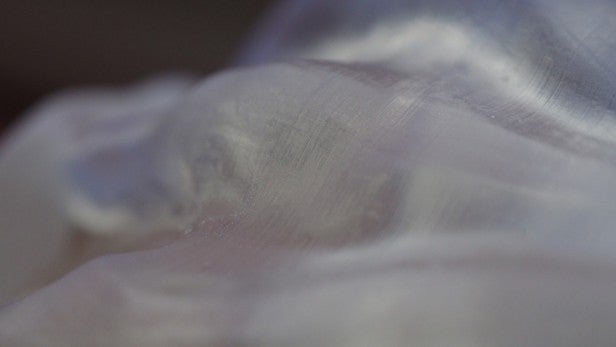 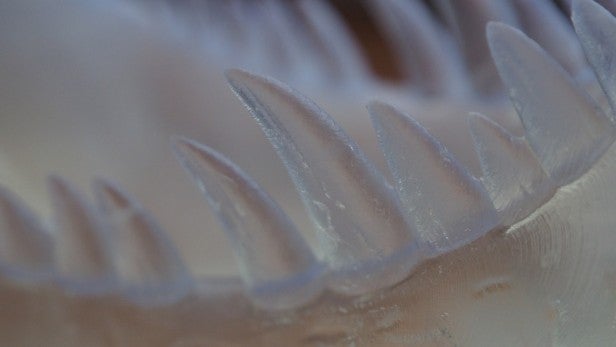 Consumer FDM printers often have trouble with complex shapes because their extruding nozzle can get in the way or drag the print and cause defects. They can also have problems with splitting and warping if the platform and room temperatures aren’t carefully controlled. The Form 2 doesn’t have to worry about any of this.

I printed a wide range of shapes at different sizes, with consistently excellent results. Genuinely I’d have been happy to have walked into a shop and paid good money for those objects. 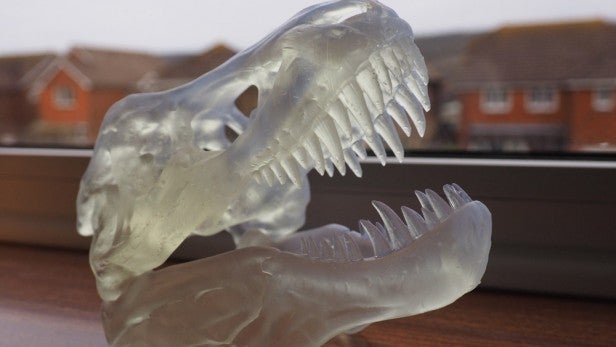 Should I buy the Formlabs Form 2?

Like its predecessor, the Form 2 prints objects that are closer to a finished product rather than mere prototypes. And it does so with plenty of sophistication, thanks to the refinements that Formlabs has made.

Still, this isn’t the cheapest route into 3D printing, by a long way, and the SLA process involves extra messiness, despite Formlabs’ improvements. If you’re after a machine for no-nonsense low-cost prototyping, or as an entry into 3D printing, you should consider a model such as the CEL Robox instead.

The initial outlay for the Form 2 is actually easier to stomach than the ongoing cost of consumables – each 1-litre cartridge of standard resin costs a whopping €135.

But you get what you pay for with the Formlabs Form 2: outstanding 3D print quality.

Not at all cheap to run, but the Form 2 is capable of the best print quality you can get from a desktop 3D printer.