Available on iOS
Before Forgotten Memories even begins, its makers ask that you respect their take on survival horror by playing in complete darkness. On reflection, I can assure you that said advice isn’t made on the basis that playing in pitch black adds to the tension, but is rather due to the fact that so much of the game take place in the shadows that, if you dare play with lights on, you’ll see more of your own face staring right back at you in your screen’s reflection than you will the action itself.

Indeed, you could easily argue that Forgotten Memories is a game that doesn’t know what time it has been developed in, or what platform it’s popped up on. Shrouding a highly reflective touchscreen in utter darkness is not the smartest mood and, when you consider many of the games Psychoz Interactive is attempting to ape are far, far older than the device its version is being played on, it’s difficult to fathom just why Forgotten Memories has landed itself on iOS rather than PS4 or Xbox One. 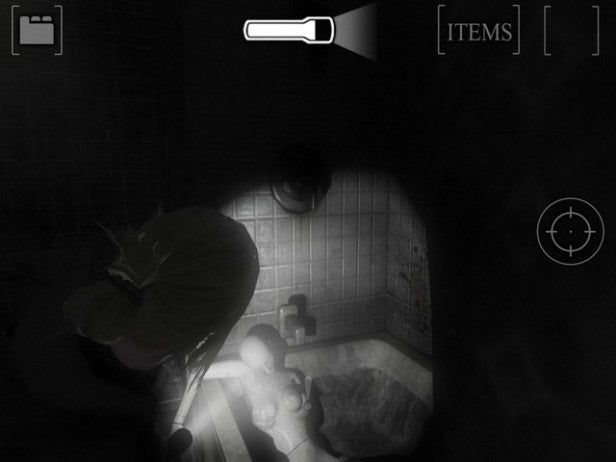 Perceived lower expectations of an iPhone audience, perhaps? Who knows. What we can say is, Forgotten Memories is not the big-budget psychological thriller it presents itself as. It is, instead, a collection of different elements from other games tossed into a pot, whirled around without caution and presented as a bona fide homage to horror. There’s an abandoned mental asylum, where your only friend is the torch in your hand and it’s rapidly draining battery. There’s talk of medical experiments gone wrong and murder. And, perhaps most interestingly, there’s a pack of mannequins who, in true Doctor Who style, randomly spring to life an attack en masse.

It has all the ingredients you’d expected in a fine adventure, but Forgotten Memories is saddled by a few too many fumbles to really be considered anything other than a missed opportunity. What’s depressing is, many of those ingredients are exactly what you’d be looking for if you were chasing a genuinely enthralling dose of survival horror on your smartphone. It all starts so promisingly, with the game’s lead – an inspector investigating a disappearance of a girl name Eden – waking up alone, injured and in the dark without a clue as to what has led to her being there. The game slowly guides you through the opening stages of its world with genuine trepidation – tape recorders playing messages from an unseen enemy as you wander through its brilliantly lit halls. 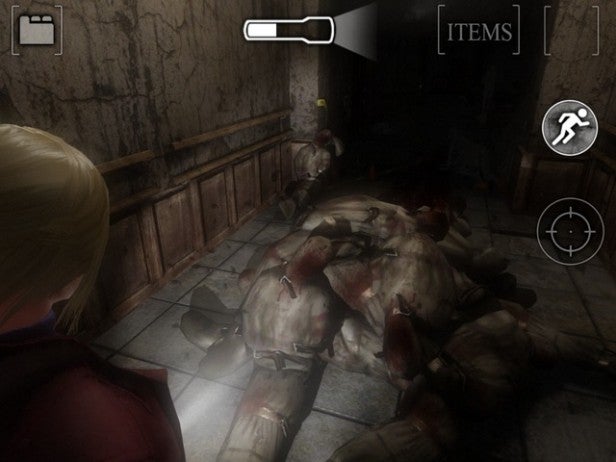 Then, all too soon, the darkness descends, and your existence quickly depends on two things: your torch and a trusty lead pipe. The former is governed by a battery that drains far too quickly given the lack of light within Forgotten Memories’ asylum. With battery restore points placed especially sparsely, turning your torch off for any length of time simply isn’t an option given movement is impossible when the lights are all out and, as a result, when your battery inevitably runs out, you’re left fumbling and frustrated, turning in circles for any semblance of where you are and where you should be going.

Indeed, navigation in Forgotten Memories is handled especially badly for what is essentially a linear game. Even putting aside the almost ceaseless darkness that blights progress, the design of its corridors and hallways is itself utterly confusing, with locked doorway after locked doorway turning each section into a maze that, in the heat of attack, leaves you entirely disorientated. All too often when being tracked by a pack of mannequins you’ll head towards what looks like an exit, only to find it’s a locked or blocked door, leaving you trapped and, more than likely, dead. 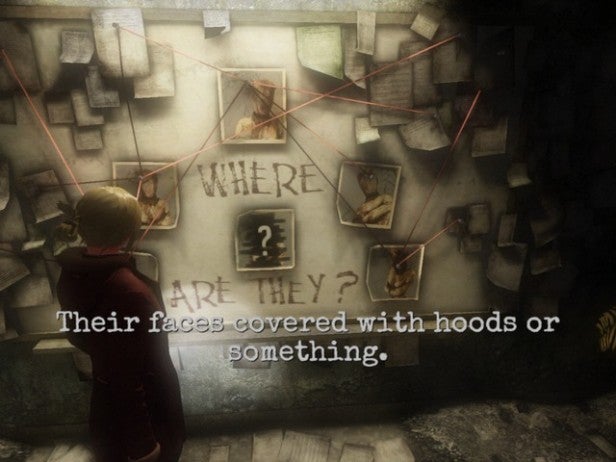 This isn’t clever level design or even an attempt to up the game’s difficulty. Rather, it’s the kind of shabby level structure that should have been identified and nullified within the first round of playtesting. And the moments of frustration don’t stop here, either. Interaction with objects is handled by a touch of the screen whenever an exclamation mark appears, but that exclamation is especially fiddly, sometimes flashing on the screen for a millisecond or less because you’ve moved out of range. This means that you can find yourself randomly moving around in a room in an attempt to trigger the reappearance of said exclamation mark, often in the pitch dark, with a flurry of foe chasing your tail. Once again, it’s level design without a thought for the user that, at times, makes you want to throw your iPhone to the ground and smash it to pieces.

Chuck in a dodgy script (typos, grammatical errors and plain old bad phraseology for good measure) and an archaic save system that relies on you discovering a handful of PCs and a collection of equally rare floppy disks hidden (and very easily overlooked) in the darkness and you’ve got a game that irks far more than it entertains. 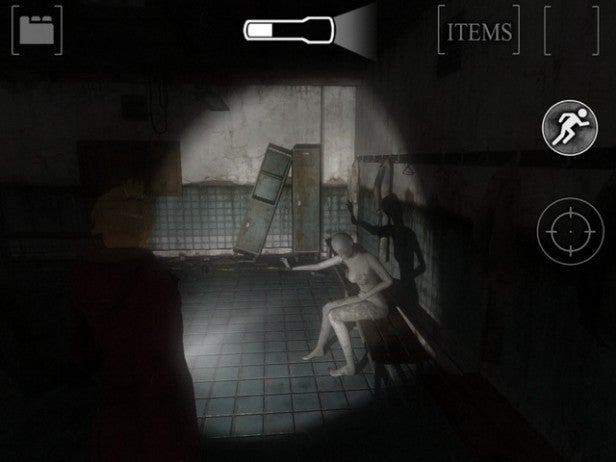 So disjointed is the experience and so unsuited for the mobile age is Forgotten Memories that it would be interesting to have been a fly on the wall during its development. Was this a game originally pencilled in for a console release? Had the development team ever picked up a smartphone in their life or attempted to play a game on one? Have they been sent from another world in order to punish us? It’s possible all of the above is true, and the end result is a game with much promise but absolutely no panache, leaving us utterly in the dark as to just how Forgotten Memories potential came to be lost within its damp and dilapidated walls.

Verdict
Forgotten Memories’ tale of murder within the walls of a now abadoned mental asylum has promise and potential in spades, but dodgy controls, a flakey script, an archaic save system and frankly terrible level design undermine play from beginning to end, resulting in a slice of survival horror that’s more frustrating than fun.