Football Manager 2021 is a winner and a real worthwhile upgrade not only for those who played the previous game but also those who might have lapsed in recent years. This is the most realistic version yet, with deeper player interaction and more varied communications with your team and key staff making you feel even more like a real manager.

Football Manager 2021 is a complete triumph, pushing the already excellent series forward, not necessarily with huge advancements in any particular area but with tweaking, tuning and improving so many different elements.

Yearly football franchises feel like a slog. We might get a new FIFA installment every September, but the changes are usually minimal and the uproar from fans deafening. It is always different with Football Manager though, a game that is truly one of the most ‘bang-for-your-buck’ titles around.

Of course, it’s worth starting off by saying this is still the usual Football Manager experience. This is no longer a simple game where you pick a team, choose a snazzy formation, spend millions on the world’s finest talent and sit back as the trophies roll in. If you want something more like that, I’d recommend the Touch or Mobile versions. 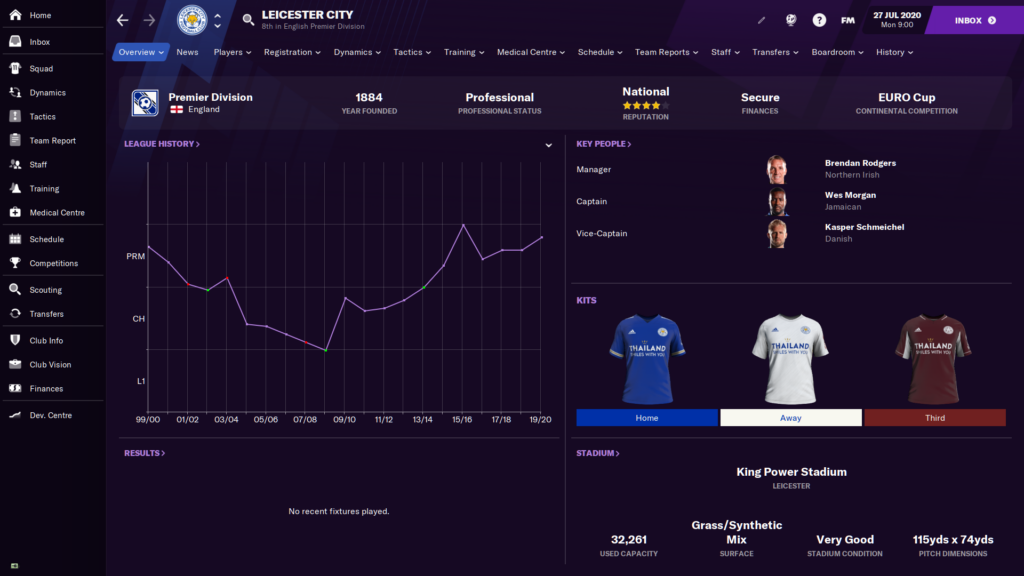 Instead, this is an absolute time-sink where every aspect of your team is up for customisation. It can be daunting for newer players – or even those who were big into the titles from a decade or so ago – however, it’s not impossible to get to grips with. The tutorials are excellent and they’re far better, and much less annoying, than in previous games.

Press conferences in FM have always been a slog – you receive a few reply options to the questions asked but little else. Usually, I would either hand these off to my assistant or randomly click through all the questions from the press without a second thought.

Now in Football Manager 2021, along with the questions being far more diverse, you can actively change your body language to better get your point across. You can slam your fists on the tablet or raise your arms in bafflement. I still don’t think your answers make too much different overall (although I do like the club’s press secretary judging your performance afterwards) but this remains a huge improvement. 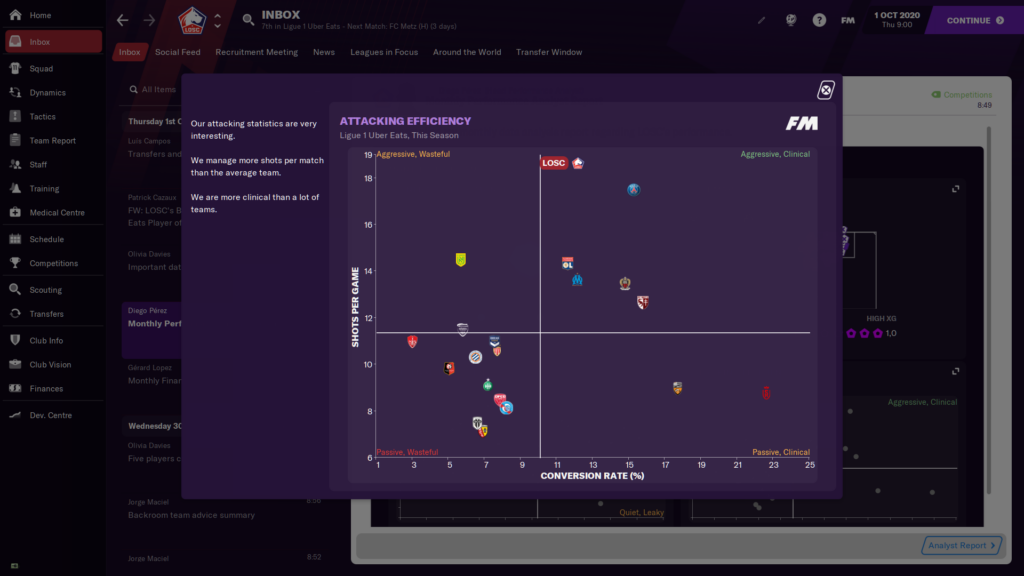 These same body language cues are scattered around other parts of the game too. You’ll quickly learn how your players react to you in team meetings and which approach is best. While I found they made little difference in press conferences, they do make a lot of difference when you’re talking to players. Annoy a big name early on with a lack of ambition or a proclivity to buy and sell and you’ll spend months trying to bring them back around.

You might find it initially tricky to actually tell a player’s condition now though, as one of the slightly stranger changes this time around is the ditching of the percentage indicator alerting you to conditioning. This has been changed to a face icon, which is far less obvious than a solid number.

If you were the kind of person (like me) who’d instantly substitute your key winger if they dropped below 80%, or not even start someone who was in low the 90s, then this will change the way you play substantially. While it’s irritating, it’s now far more realistic. Real clubs don’t have an indicator of what percentage of fitness a player is reaching and you soon learn to build it into your game. 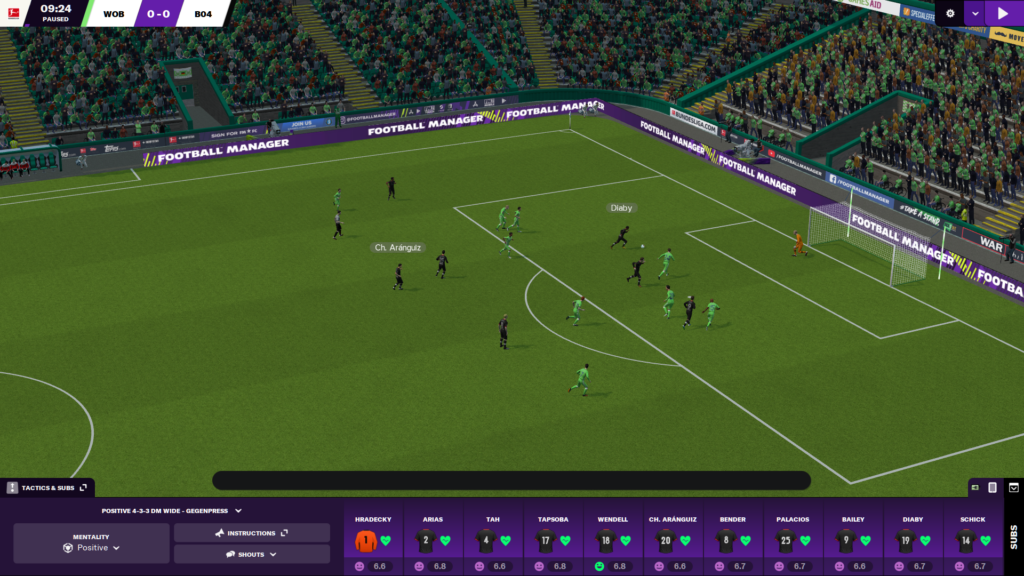 You’ll be changing and rotating a lot more this time around too, with a big and skilled squad required for actively competing on multiple fronts. You’ll want various tactics too and the ability to adapt to the playstyles of rivals. Choosing Tiki-taka at the start and sticking to a 4-3-3 formation every game just isn’t going to cut it. A lot of this is down to the excellent AI.

No one buys a version of Football Manager for the graphics, but FM 21 feels like the most complete game in terms of overall UI. The new matchday overlay gets to the important information fast and more information is available at once, saving you diving into separate screens make a substitution and perform other vital actions.

The 3D match engine is much better than we’ve seen before, too. I have to admit I still much prefer the classic 2D view though, and it’s something of a shame this actually looks worse than it did in Football Manager 2020.

Improved and clearer user interface also helps you digest all of the new information thrown at you, like xG (expected goals). This is a vitally important stat for many football analysts in the real world, giving you an indication of how many goals a team should be scoring. In the game, it helps you work out whether a win was lucky or if your striker is throwing away golden chances. If you use the data correctly, the addition of xG here is, and pardon the tired cliche, a gamechanger. 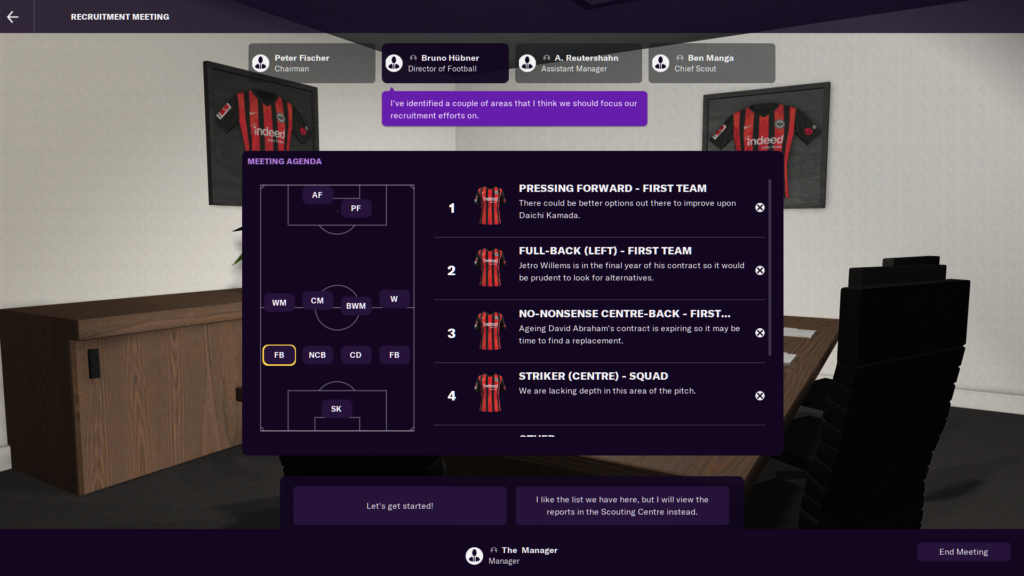 Buying players and unearthing new talent has always been, for me, the highlight of Football Manager. I remember picking up the famed Real Madrid LB Marcelo on the cheap before he made his big move in 2007 and would often spend countless hours scouting out young South American talent that would turn my solid West Ham team into an East End version of Barcelona. Times have changed and your budgets are likely a lot lower unless you’re playing with the big boys. Players are also harder to convince to join, with pesky agents getting in the way.

A lot more of the scouting is done by your backroom team, with a handy meeting taking place when you start a new game going over the areas the club think require strengthening. This helps make far more of your staff feel like real people and it puts more pressure on you to find the right fit. Performance of Football Manager 2021 is excellent. I’ve been running it across a few different MacBooks and found loading noticeably quicker than before. I tested it out on the base model of the MacBook Air M1 edition and it gave me a full 5 stars when it came to the graphical benchmark test.

Football Manager 2021 is a true winner and a real worthwhile upgrade not only for those who played the previous game but those who might have lapsed in recent years.

This is the most realistic version yet, with deeper player interaction and more varied communications with your team and key staff making you feel even more like a real manager.

Some UI decisions might irk and a couple of areas still feel lacking, especially the dire Social Feed, but these are easy to forget. I poured over 1200 hours into FM 15 and I could see myself topping that this time around – well, that was if a day job didn’t get in the way.