It’s unsurprising that one of the most popular gaming franchises in the UK is based on football management. Every fan of the beautiful game has their own theories, philosophies and hunches on what their team’s best side would be and how they should be playing the game. Every supporter is a manager at heart and any game that taps into this desire is bound to succeed. 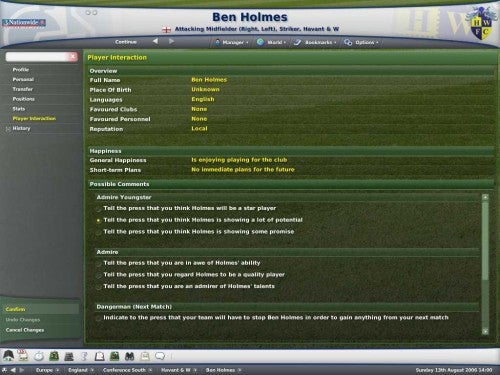 What is surprising however, is that the game which does football management best is structured by the rather impassionate manipulation of databases and spreadsheets. For over a decade now football fans have flocked in droves to pick up the yearly update of Football Manager (previously Championship Manager) but the question is why? Every year Sports Interactive takes the game, adds a few small features, add a year on all the players ages and tack on a smoother looking interface. And that’s it – no more, no less. Nobody complains, nobody demands for an overhaul, nobody screams the developers are being lazy and resting on their laurels. Sports Interactive essentially make exactly the same game year in year out and we lap it up. Why?


The answer is an age old cliché (and one commonly used in football coincidentally): “If it ain’t broke, don’t fix it.” That phrase essentially sums up Football Manager. The basic formula works now as well as it did 10 years ago. You take control of any team you like from a choice of hundreds (as low as the Vauxhall North/South divisions in England) and your task is to fulfil the hopes of the board and supporters and maybe win a few trophies along the way. You buy and sell players and staff based on their in-game stats, you work out the most suitable tactic and then you launch simulated games which you have no direct control over to see if your plan worked. Since the first Championship Manager these have been the ingredients, and the resulting product has always been far tastier than any other football management game. 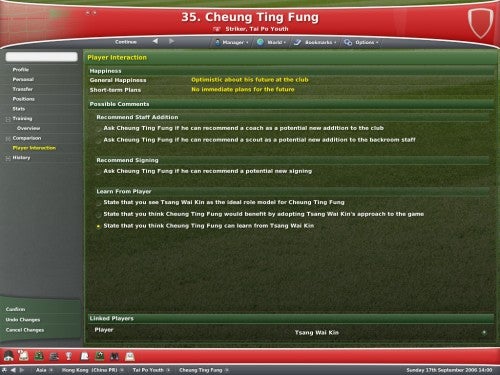 Football Manager 07s primary success is its ability to feel real. The most important factor to all of the games in the series is that results never appear too random. Sure you get a few dodgy scores but by and by the better teams win games. I took control of Barnet and began the season by losing the first three games. Worried I may lose my job as the Barnet supremo I studied the previous matches to see what exactly had gone wrong. A short bit of statistical analysis later and I’d narrowed the problem down to the fact that my wingers weren’t getting the ball enough and that my centre back had the positional sense of a female trying to park a Hummer, less influence than Saddam Hussein and quite possibly only one leg.

A quick change of tactics then, forcing my players to look for wide options, and a loan of a centre back who can actually play football and my fortunes changed. I didn’t start winning every game 10-0 but all of a sudden but I managed to grab a 1-1 draw in the League Cup with local rivals Queens Park Rangers. I assessed the situation, came up with an idea for changing things and I saw a noticeable difference in my team. 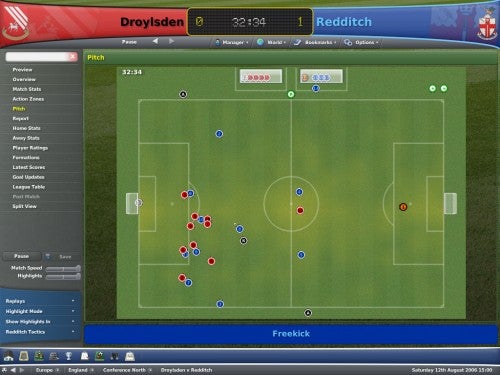 It is the feeling of complete control in Football Manager that really allows you to enjoy your triumphs. When you win against the odds you know it is down to your own managerial brilliance. The element of control is not located solely in your decision over the formation. Training your players and hiring the best coaches to do it also has a noticeable affect. You can even set up your own training schedules that will actually help shape the way your team plays. Fancy yourself as a bit of a Sam Allardyce? Then allocate more training time to set-pieces – providing you don’t have a team of pygmies you’ll be scoring from corners and free-kicks in no time.


What I have described so far is essentially the Football Manager experience many of you will know and love from previous versions of the game. The new features, despite being fairly small and subtle, do make for a more enjoyable, immersive and realistic experience. In the previous game the ability to wind up rival managers was added, by taunting a manager and telling him his team was a load of cack – you’d find his playing style might have changed, he’d become more aggressive allowing you to maybe capitalise on the counter-attack in your next game.


This level of interaction has now been extended to players. Got your eye on a star forward at a rival club? Let him know how highly you think of him by releasing a statement to the press. This might unsettle him, leading the player to hand in a transfer request. Be warned however, this ability to interact is a double edged sword. Telling the press how highly you think of a rival striker may unsettle your own players, who might start to worry that they may soon lose their place in the team. 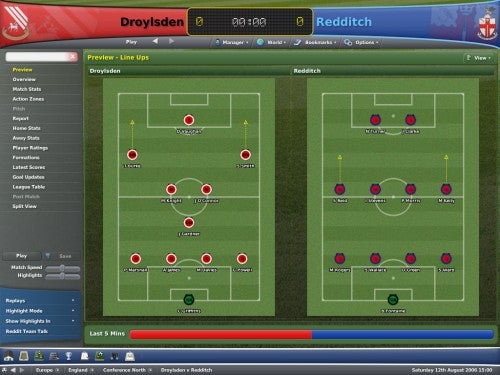 Football Manager constantly hammers you with opportunities to make decisions. This is reflected through the increased email traffic you will see in this game. Even if your managing Halifax in the Conference you’ll be plagued by emails every day informing you of injuries, man of the match performances, scouting reports, reserve team results, transfer news, rival club goings on, monthly awards… the list goes on and on, and at times it can get a little overwhelming having to sift through the news that is actually relevant to you. Methodical players, who enjoy taking their time over every decision, will welcome the extra information but for players who are less tenacious managers all this extra news will probably end up being ignored.

Other features will also brighten up your managerial experience. Loading screens now contain useful tips and keyboard shortcuts which were definitely helpful, making me a more efficient player. The loading screens also engage you far more than in previous games. Now scores don’t just flash up but you also get scorers and times they scored. It’s not essential to the game but helps make you feel a bit more in tune with what is happening in the leagues. 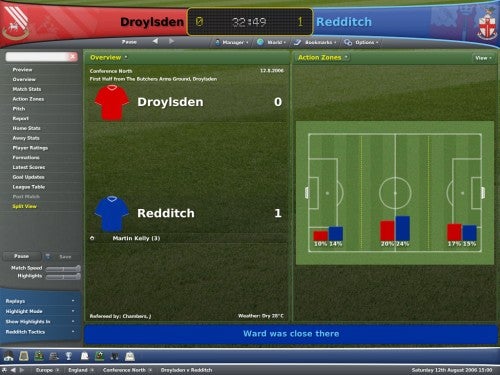 Another new feature that I really liked was the parent/feeder club option. You can now approach your board and request a relationship with either a bigger or smaller club depending on your own side’s status. With Barnet being located in London I was able to secure a relationship with Spurs and get a regular influx of young players to bolster my chances. On the flip side, if you’re in charge of a big side you might want to give your youngsters some experience at smaller clubs before giving them the opportunity of making the step up. This feature goes some way to bridging the huge gulf between the lower leagues and the top sides and as I enjoy managing a lower league team I welcome it with open arms. 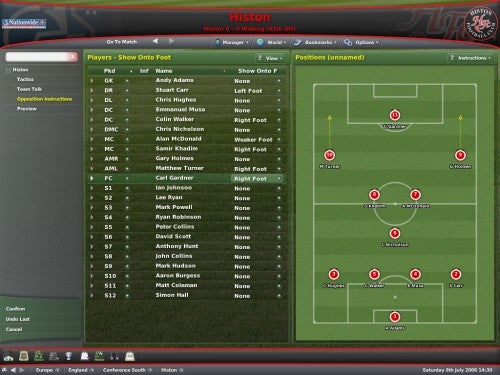 The tempo of the game has also been improved. Gone are the three day marathon sessions before you actually get out of preseason and things now move far quicker. Still, the game is by no means a jump in/jump out experience and to get the most out of it you need to really dedicate a fair few hours. You’ll also need a decent PC to play deal with the larger database of players. Despite offering options to run a whole host of leagues from every corner of the earth the amount of slowdown you will experience on most average PCs will result in most people choosing one league and only a few divisions to play with.


If the previous games in the series appealed to you then Football Manager 07 will also, swallowing up hours of your time without you even realising it. If you’ve never encountered the series (what rock have you been under?) and you’re a football fan then you have to give it a try, provided you can afford to abandon your life for the ton of hours required to be a successful football manager. Come on Barnet!