What are the Focal Sopra No.1?

The Sopra No.1 are standmounted stereo speakers near the very highest end of high fidelity. They’re packed with Focal’s renowned audio tech, such as beryllium tweeters and W-sandwich driver cones, as well as some new sonic witchcraft.

Yes, for most people this is a gulp-inducing amount of money for a pair of speakers, never mind two-way standmounters. Yet these aren’t even from Focal’s flagship speaker range, with the Utopia III series sitting just above them.

In the world of high-end audio, the price-versus-performance graph forms an exponential curve, and Focal’s put in plenty of work trying to eke out those small sonic improvements to justify a cost that’s pretty high up that curve. 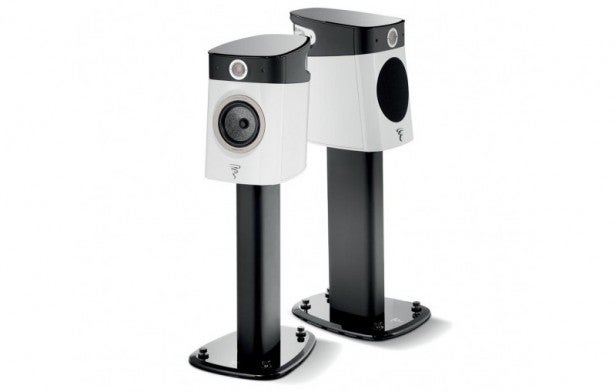 Focal Sopra No.1 – Design and Features

I was treated to the visual flair of the Imperial Red No.1 – they’re also available in Black Lacquer, Carrera White, Electric Orange or Walnut Veneer. The glossy paint finish is faultless and wraps fully around the lower enclosure for the bass/mid-range driver, which is one of Focal’s W-sandwich units, handmade in the company’s home country of France.

Within the lower part of the speaker’s enclosure Focal has implemented a new development that it calls the “Tuned Mass Damper”. Inspired by technology used in earthquake-resistant skyscrapers, it employs two tubular rings on the driver suspension that oscillate in opposition to the resonant frequency. Basically it means the speaker cone should deform less, reducing distortion. 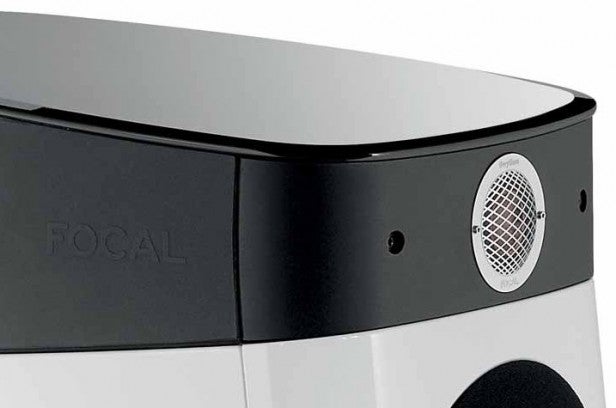 But it’s not just the lower part of the speaker where the development effort has been focused. The tweeter is a Beryllium inverted-dome unit – so far, so Focal – but the wide grille behind it gives an indication that something unusual is going on. For a tweeter to be at its best, you don’t want air compressing behind it, so you’d ideally want plenty of room in the cabinet. But Focal didn’t want to compromise on the amount of enclosure space given to the bass driver – instead the Beryllium tweeter vents through a horn behind it that’s filled with damping material to gradually absorb the sound waves. Again, it’s all about reducing distortion. 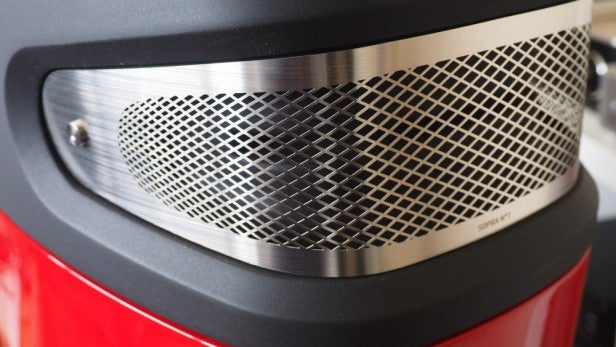 While I’m on the subject of these speakers’ rears, it’s nice to see another high-end set that only has one pair of cable terminals. I’ve never been convinced there are any benefits to bi-wiring – or tri-wiring in the case of my Mordaunt-Short Performance 6 LE reference speakers – and hopefully those days will soon be behind us. The terminals on these Focals accept 4mm banana plugs as well as bare cable and spade connectors.

There really isn’t much I can say to do justice to the build quality and design of the Sopra No.1. The metal grilles have a fabulous cross-hatching effect, and the top plates appear to be toughened glass, which is echoed in the bottom plates of the supplied stands.

The stands themselves are first-class – very solid, with screw-down floor spikes and a cavity to allow for a certain amount of mass-loading. They require a little assembly, but it’s a few minutes tightening Allen bolts and no more.

My one gripe with the stands is that the columns themselves have that awful rough-textured matte finish that looks great until it catches even the slightest hint of dust. Attempts to dust them with any normal dust cloth results in bits of the cloth left behind on the rough surface.

I wouldn’t normally mention packaging in a review, but Focal’s decision to pack the speakers and stands in the same box results in back-breaking weight that’s simply unnecessary. You can’t get around that problem with floorstanders, but they could easily be broken up into a few more (lighter) boxes. 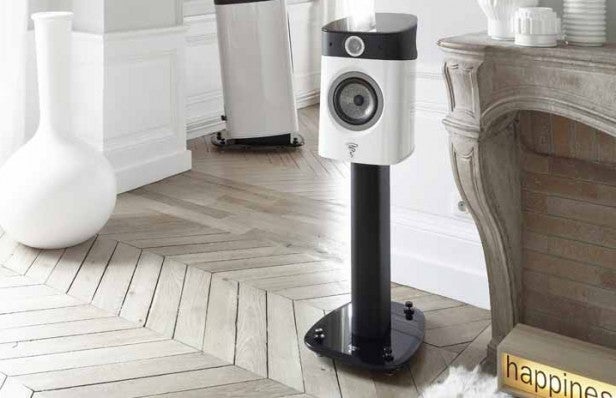 While running the Focals in, I popped my head into the room to hear how they were coming along. Maybe an hour passed by before I realised I was still standing there. The Sopra No.1 are utterly addictive.

The Beryllium tweeter, which on previous Focal models has sounded a bit too lively for my liking, is crystal clear. The mid-range, which Focal has worked so hard on, is like sonic honey oozing into your ears. A listen through Gregory Alan Isakov’s The Weatherman was utterly mesmerising, with that vocal reproduced with such resounding clarity that he could’ve been in the room.

Turning to the more electronic but no-less-subtle Christine and the Queens’ Chaleur Humaine proved that the Sopra No.1 is sweet and agile throughout the whole range of treble and mid-range. The imaging on ‘Jonathan’ was breathtaking in its pinpoint precision. It wasn’t a track that did much for me before I heard it through these speakers. 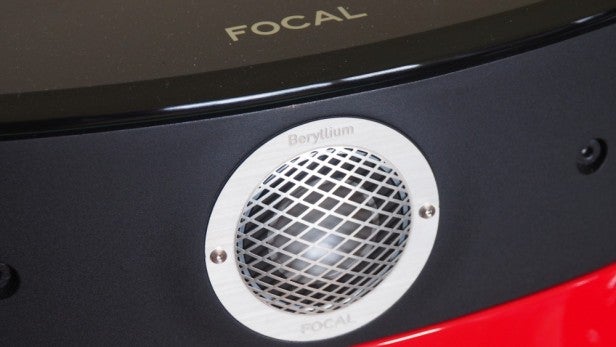 But the really impressive skill of these Focals is one that’s less immediately obvious – it hardly ever sounds limited by the two-way design. By all rights, that woofer should struggle to deliver both a clear mid-range and a healthy bottom end simultaneously, yet it holds together remarkably well. Pulsing basslines hardly seem to detract from the richly textured mids.

Bass isn’t seismic, though. Of course it isn’t – you’d buy the larger Sopra No.2 or No.3 floorstanders if that was high on your priorities. But it’s perfect for smaller rooms, and it’s tightly controlled. Massive Attack’s ‘Angel’ still manages to offer a solid thump to the gut.

The rear porting of the enclosures means you’ll want to give the Sopra No.1 around a foot of space behind to let the bass breathe and get that mid-range singing, though. I also personally found they sounded best when pointing slightly to the outside of my ears, giving the best compromise between imaging precision and width of soundstage.

Should I buy the Focal Sopra No.1?

If you’re looking for a pair of standmount speakers for a small-ish listening room, or care more for sonic agility than earth-shaking bass, the Focal Sopra No.1 are about as good as it gets. The work that Focal has put in to bring new levels of clarity to the mid-range and treble has really paid off, and the French company should be roundly applauded for making a two-way speaker that suffers so little distortion.