What is the Focal Sib Evo?

While immersive Dolby Atmos audio has been gaining traction, in everything from movie theatres to games consoles, bringing it home has been surprisingly frustrating.

Surround-sound upgraders have been limited to expensive Dolby-enabled floorstanders, separate bolt-on upfiring speakers, or not-always-effective soundbars. But Focal’s Sib Evo system offers up an immersive multi-channel sub/sat speaker system that you might actually want to live with.

French audio outfit Focal knows a thing or two about designing premium speakers, so we auditioned this 5.1.2 package with high hopes – and it didn’t disappoint. 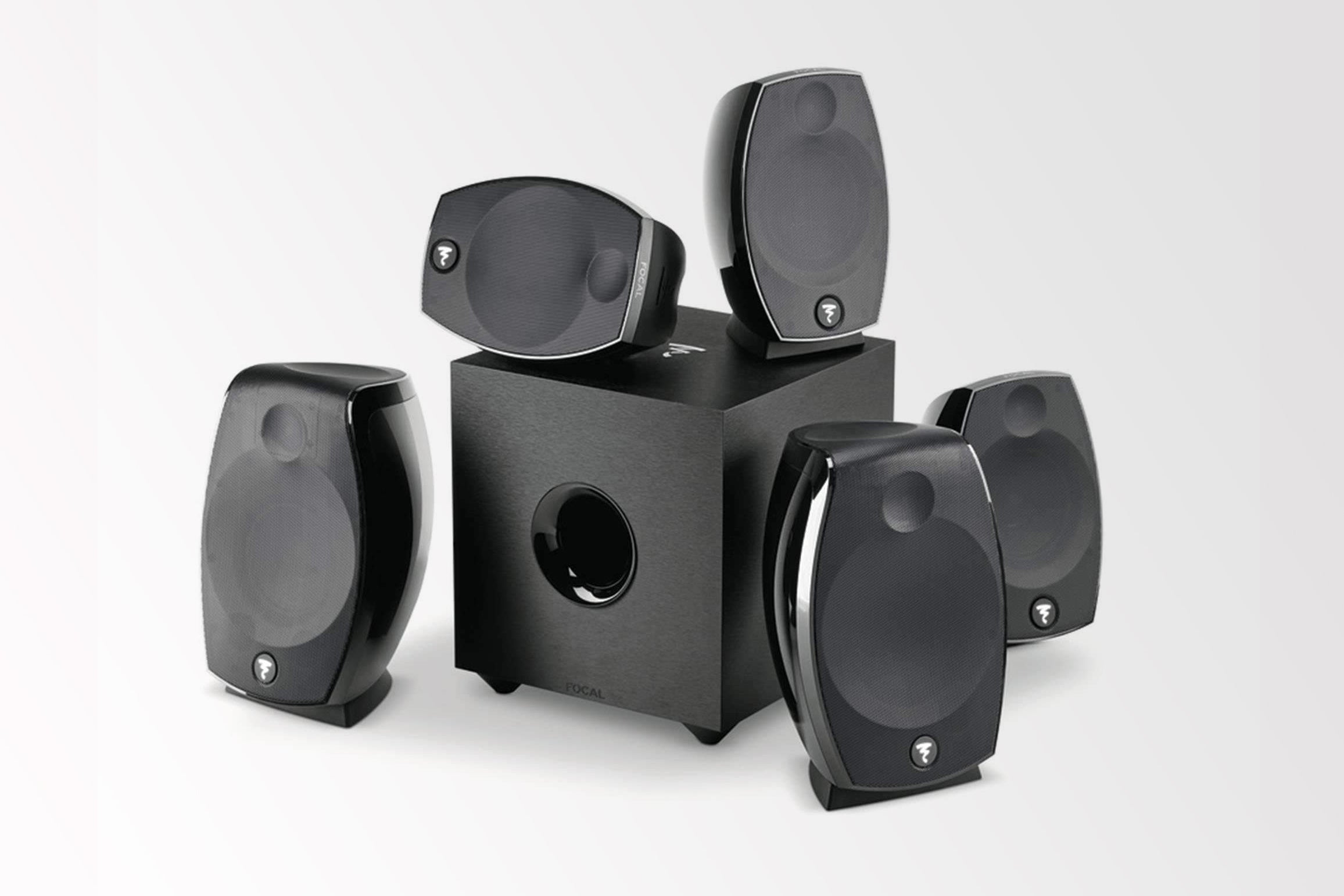 In Atmos parlance, this is a 5.1.2 setup. It comprises two Sib Evo Dolby Atmos speakers (which measure a diminutive 295 x 195 x 190mm) for left, right and height duties. There are three slightly smaller (252 x 162 x 162mm) Sib Evo satellites for rear surround and centre channels, plus a Cub Evo subwoofer.

An upgrade on the brand’s longstanding sub/sat 5.1 package, the Sib Evo Dolby Atmos speakers augment front-firing speaker drivers with a 76mm ‘full-range’ up-firer for Atmos audio. The idea is that this bounces audio off the ceiling to create a 360-degree sound.

The cosmetic design is smart. The satellites are attractively finished in piano gloss black, while the ported sub is matte with a premium grain finish.  The sub employs a downward-firing 209mm woofer, with crossover and gain dials, a phase switch and LFE/stereo phono inputs.

The satellite speakers can be wall mounted, placed on (optional) matching floor stands, or parked on convenient shelving or AV furniture. However, it’s also a bit of a moveable feast when it comes to performance. Most will appreciate the fact it brings a height/overhead component to a movie mix, but this isn’t always apparent on home-based systems – notably, soundbars. Thankfully, that isn’t a worry here.

However, speaker placement is crucial for Atmos immersion to work. If your listening position is more than 3 metres away from Focal’s left/right Atmos front stage, you’re unlikely to get a sense of overhead steerage. The height of the ceiling also has a role to play here, as does the relative height of the speakers off the ground, so some experimentation is in order.

I found the speakers were at their most immersive at about 1.5 metres from my listening position. Thankfully, this is an easy package to wrangle about a room.

I’m less enamoured with the cabling provision, though. Focal has tried to minimise the impact of cabling – particularly on the dual-driver stereo pair – by incorporating a discrete locking terminal. Unfortunately, it only accepts bare bell wire; this has to be popped into a hole and secured with a trigger mechanism that clamps the wire. A little larger would have made a big difference. 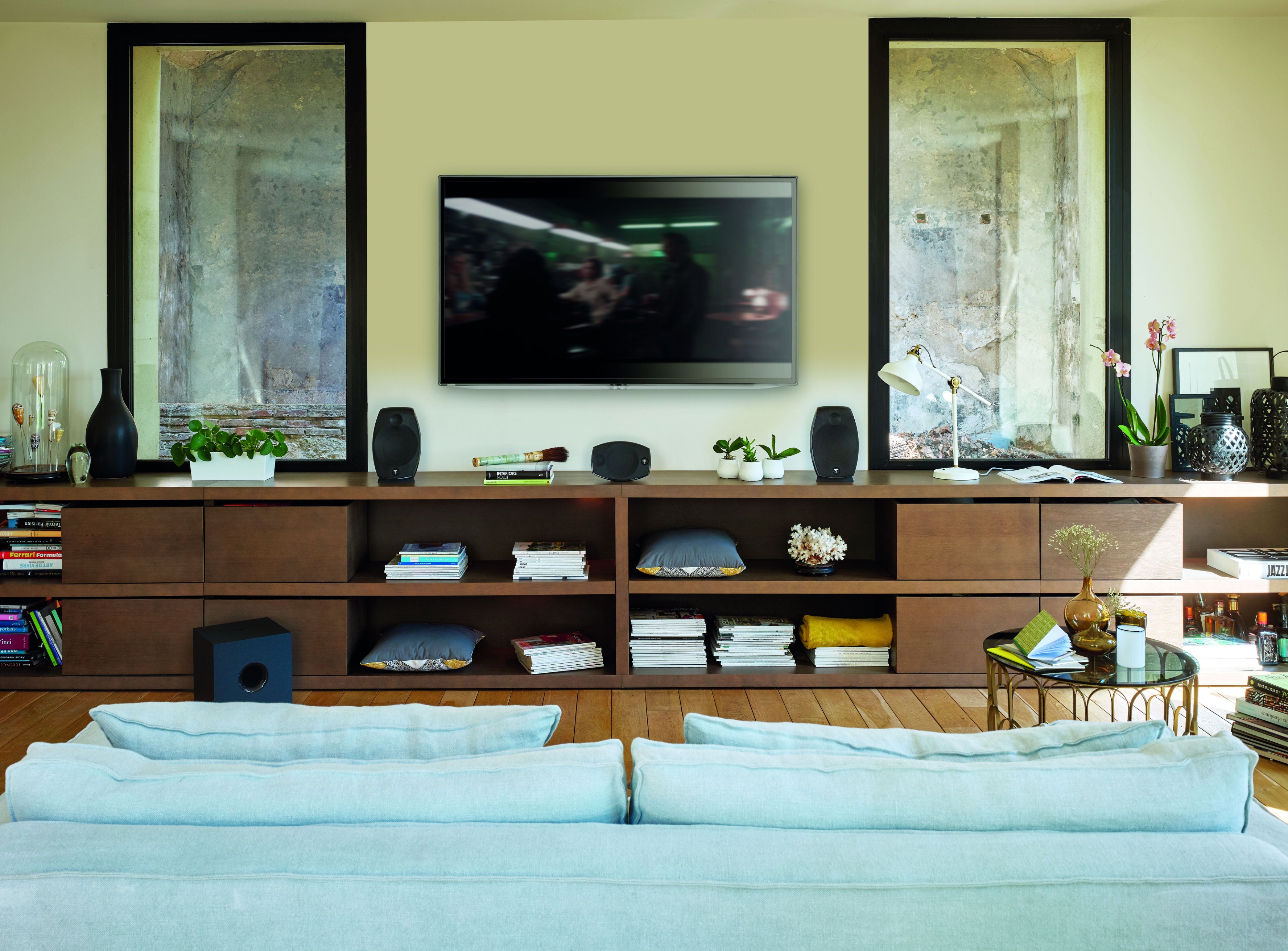 The good news is that despite its relatively small size, this Focal system sounds fittingly fulsome. The opening of Mad Max: Fury Road is synonymous with aggressive sound design, and proves a potent system test. When the War Boys first roar overhead into the frame to chase down Max, there’s an acute sense of propulsion that travels from the back of the room to the front.

There’s a seamless synergy between the satellites and the sub. I never once had the impression that the subwoofer was working solo. That down-firing woofer provides a reassuring kick to the shins – those Mad Max V8s sound great.

When the anti-aircraft fire hits at the opening of WW2 drama Unbroken, there’s concussive force to the LFE (I crossover over at a sniff over 100Hz), the front soundstage delivering realistic strafing runs from the attacking zero, and glass realistically shattering in the bomber.

The sub ostensibly drops to 35Hz and delivers a deep, reassuring growl. I’ve heard subs go lower – the familiar Dolby Amaze trailer has the potential to dislodge plaster, but here it merely throws its weight around. That’s no bad thing if you have neighbours you need to live alongside.

Overall, its bass performance can be considered big enough for its physical size. Onboard amplification is rated at a healthy 200W. 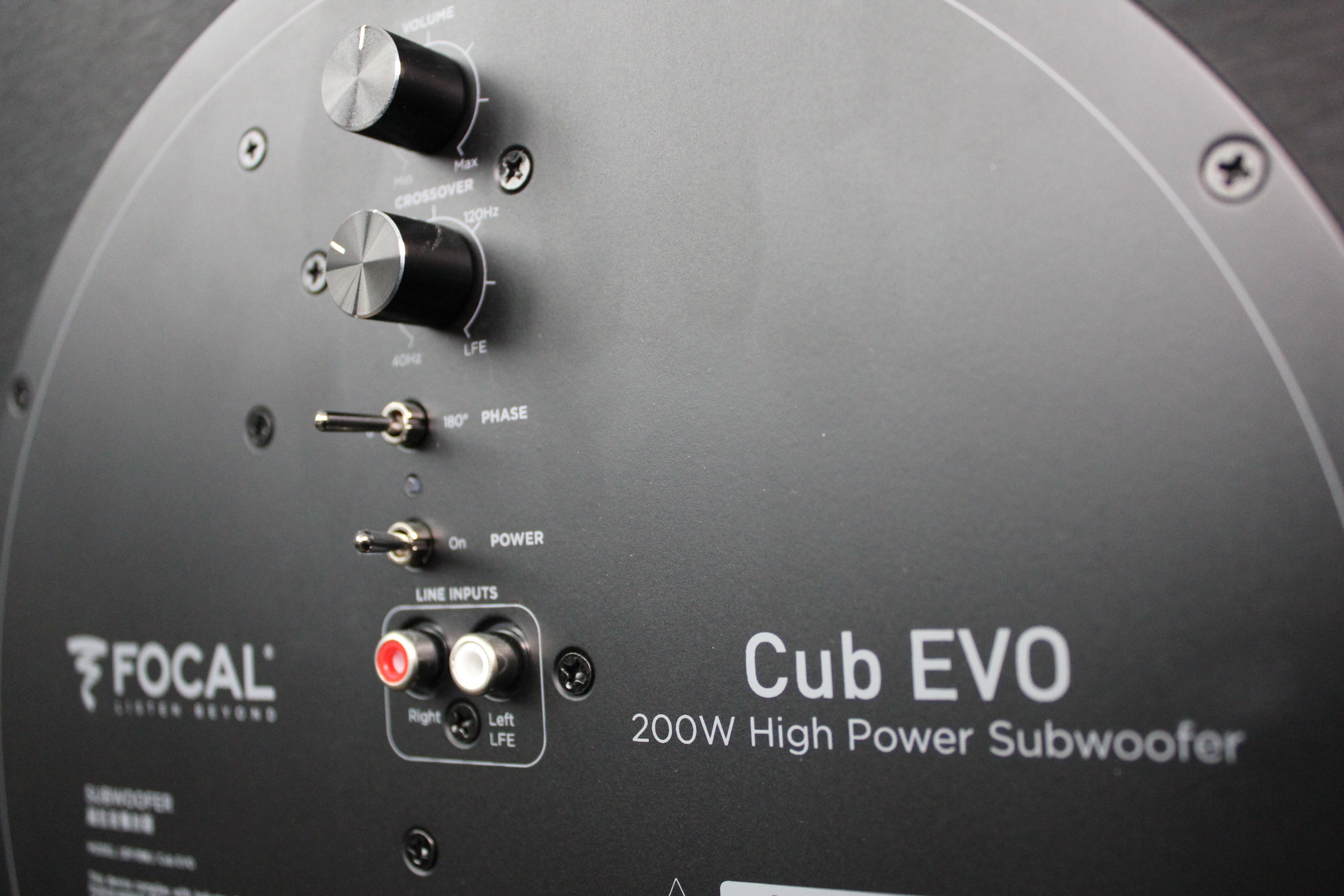 There’s no short of detail in the system’s delivery; little elements in the mixes I listened too reassured me I wasn’t getting shortchanged. The soundstage is consistently expansive, affording plenty of spatial movement.

As the rain falls from overhead, during the climactic fight in John Wick, and the subwoofer adds weight to the gunfire, the sense of integration is enthralling.

The system does a reasonable job with music, although I think – ultimately – this is very much a home cinema speaker proposition, rather than an audiophile one (as evidenced by those frugal speaker terminals).

The system also does a fine job with upmixed Dolby Surround content. Conversely, regular 5.1 surround and basic stereo can come across as a bit on the nose and directional. 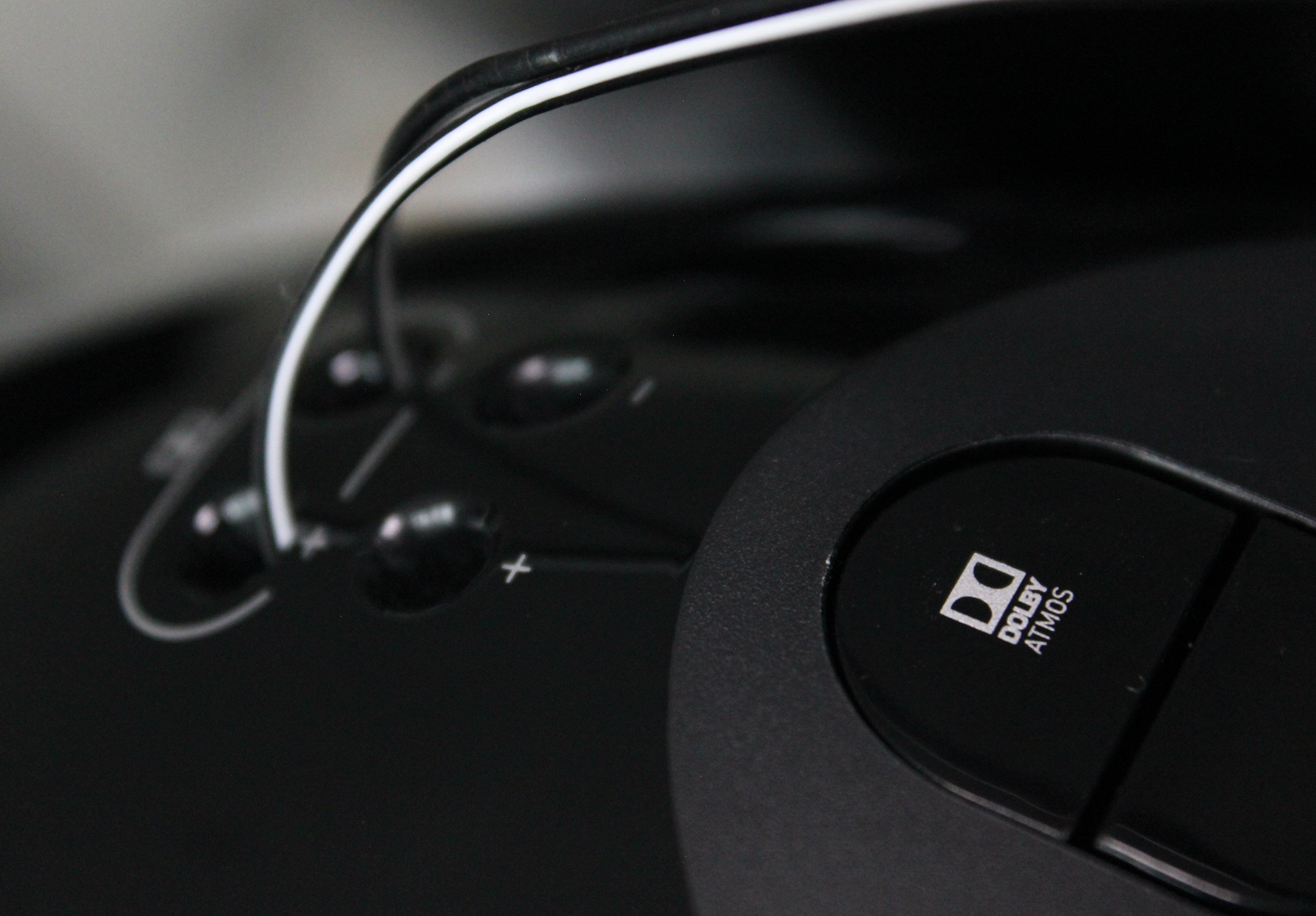 If you want a Dolby Atmos sound system that offers a full-fat Atmos listening experience, without breaking the bank or taking over the room, then this Focal set is (currently) a unique proposition. The Atmos-enabled Sib Evo satellites are slick, while the subwoofer is only a modest intrusion. Cosmetics are high.

Of course, if you want a nine channel (or greater) Atmos layout then it starts to become prohibitively expensive – two additional Dolby Atmos Sib Evos will set you back £449.

However, this system is ideal for those getting Dolby Atmos from BT or Sky, as well as Xbox console gaming and Blu-ray. Just add an entry-level Dolby Atmos AV receiver, and crank up the volume.

The Focal Sib Evo is a great solution for those looking for effective Dolby Atmos in an easy-to-accommodate 5.1.2 speaker package.