The X-Voice is the world’s only voice-controlled quadcopter, allowing you to elevate your drone to the sky using simple audible commands.

X-Voice – An overload of four-rotor fliers

Without a doubt, the quadcopter market feels as though it’s bulging. Certainly, at the prosumer end of the market, manufacturers are falling over themselves to release drones with new, more advanced features than the next.

To begin it was all about undulterated fun – and with that in mind, earlier in the year Parrot released a range of 13 quadcopters designed purely for this purpose.  Also joining the party here is the X-Voice, from Flying Gadgets, which alongside delivering plentiful enjoyment brings a real point of difference to the quadcopter scene – it can be controlled using your voice.

A modicum of scepticism was present as I waited for the X-Voice to charge up. But I placed the call-centre-esque headset on my head and took it for a spin. 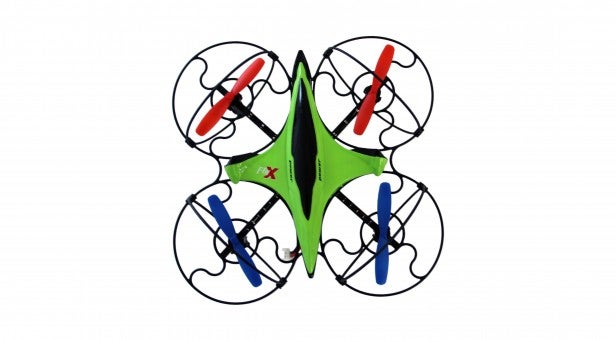 X-Voice – Take to the skies

My initial command to “take off” was prompted by a quick glance at the supplied list of commands that the X-Voice recognises. That same command is repeated in your ear and then executed with a minimal delay. Other commands include: Go Down; Go Up; Rotate Left; Rotate Right; Flip Backwards; Flip Forwards; and Show, which will initiate the X-Voice to deliver a preset series of crowd-pleasing moves.

I’ve flown my fair share of quadcopters this past few months, and consider myself to be a fairly well-versed pilot, but even I was pleasantly surprised by how genuinely different this quadcopter felt to fly.

Note that you have to be very clear with your commands, or else it will repeat in your ear that it doesn’t understand. Failing that, however, the handheld controller can be used to override any awry commands you might have uttered – a useful feature indeed.


To switch to manual flight mode, simply say “Come Home” and the X-Voice will return to your control unit.

This palm-sized flyer and its 2.4GHz controller are made entirely from plastic. As a result, this machine is too light to be flown outdoors in anything other than near-perfect conditions. However, this construction does make it ultra responsive; it’s a flying machine that punches well above its price tag.

Since the X-Voice is able to take off and perform a handful of tricks without any manual intervention, it’s ideal for beginners. But its unique voice feature will ensure that it has wider appeal too – even for those who play with such gadgets often. From a design perspective it’s fairly easy on the eye, enough so that you’ll be happy to keep it out on display, ready for “spur of the moment fly time”. 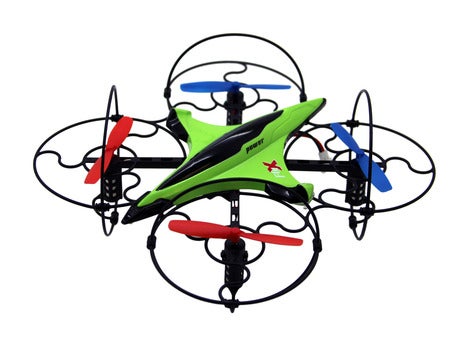 Should I buy the X-Voice?

A fun, affordable drone with unique functionality – but for enthusiasts there are better models out there.