Those looking for a smartwatch experience that can rival the likes of the Apple Watch watchOS, the raft of Android Wear-based devices, or Samsung’s Tizen-powered wearables, are likely to be disappointed by what’s currently on offer.

The experience on the Ionic feels reminiscent of Pebble’s smartwatches. But we’re talking early Pebble OS – not later, following a number of refinements to the operating system. Fitbit OS is going to feel incredibly basic for anyone used to a modern smartwatch. 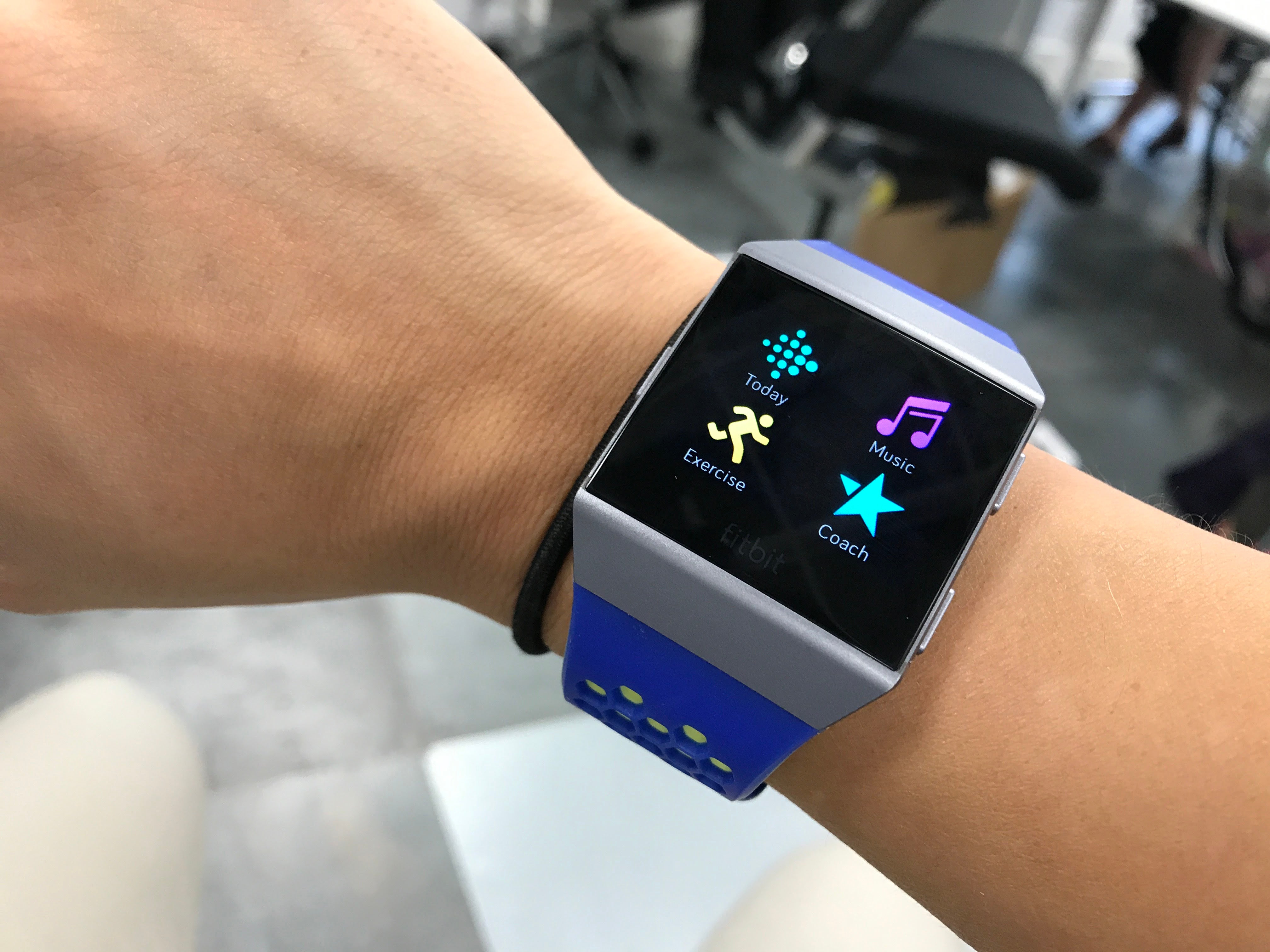 Fitbit OS offers a pared back, passive experience that was fine in the early days of a smartwatch, when people just wanted a way to view their notifications and messages without whipping out their phone. In 2017, this isn’t enough.

The Ionic is able to display any notification that’s pinged through to your phone, letting you enable and disable what comes through from the Fitbit app onto your device. But these notifications are simply delivered and added to a long list, with no way to actually interact with them. 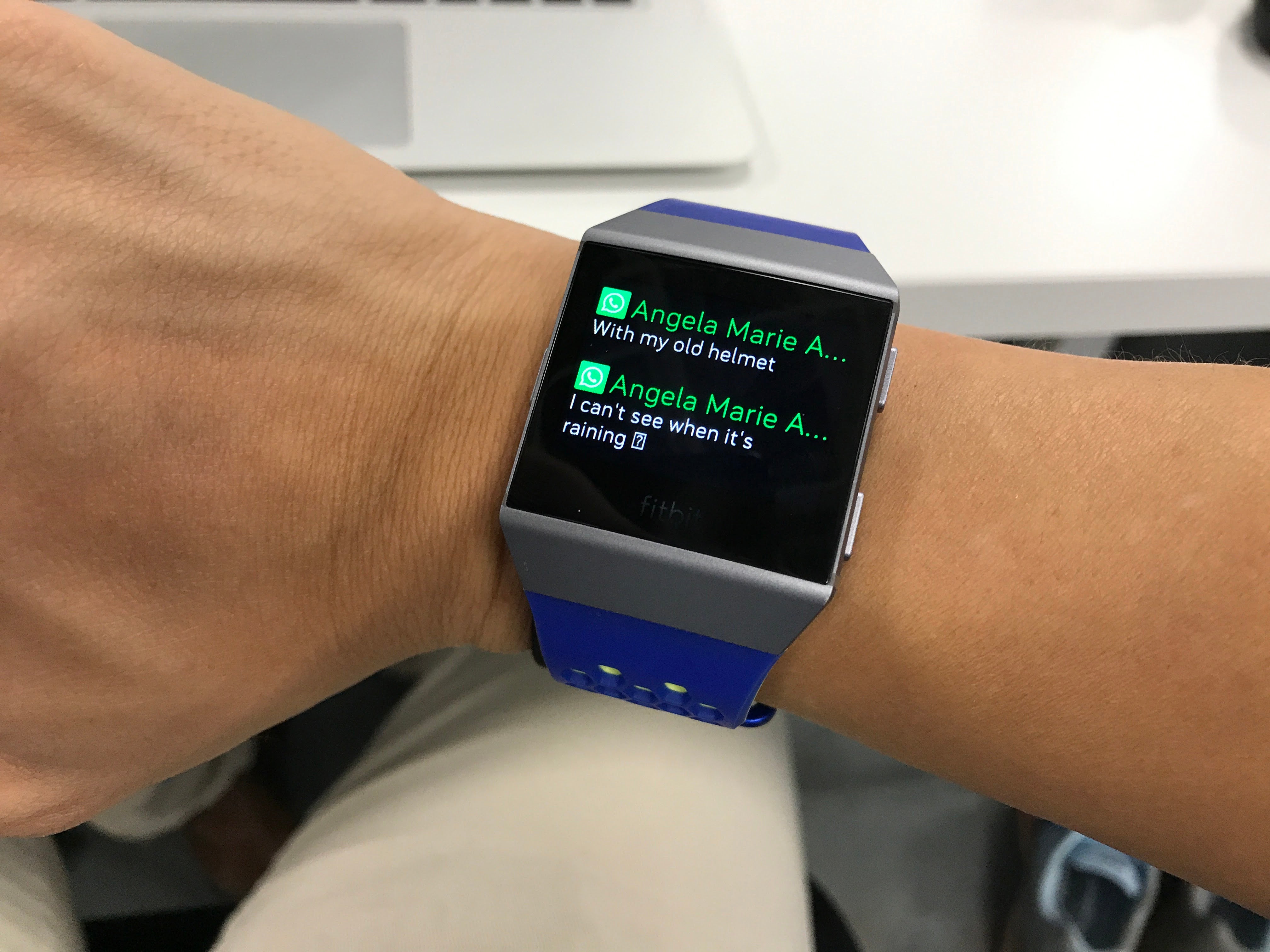 In addition, the swipe-up gesture to bring up notifications was on occasion unresponsive, requiring more than one attempt to get the gesture to register. Swiping through the list of notifications also felt laggy and slow.

Since there’s no microphone built into the Ionic, there isn’t the option of dictated responses, but there’s also no on-screen keyboard or even pre-canned responses – the latter of which was at least available on Pebble devices in later years. The one saving grace is that messages and notifications come through in their entirety, rather than being abbreviated version for which you’d still need to pull out your phone. 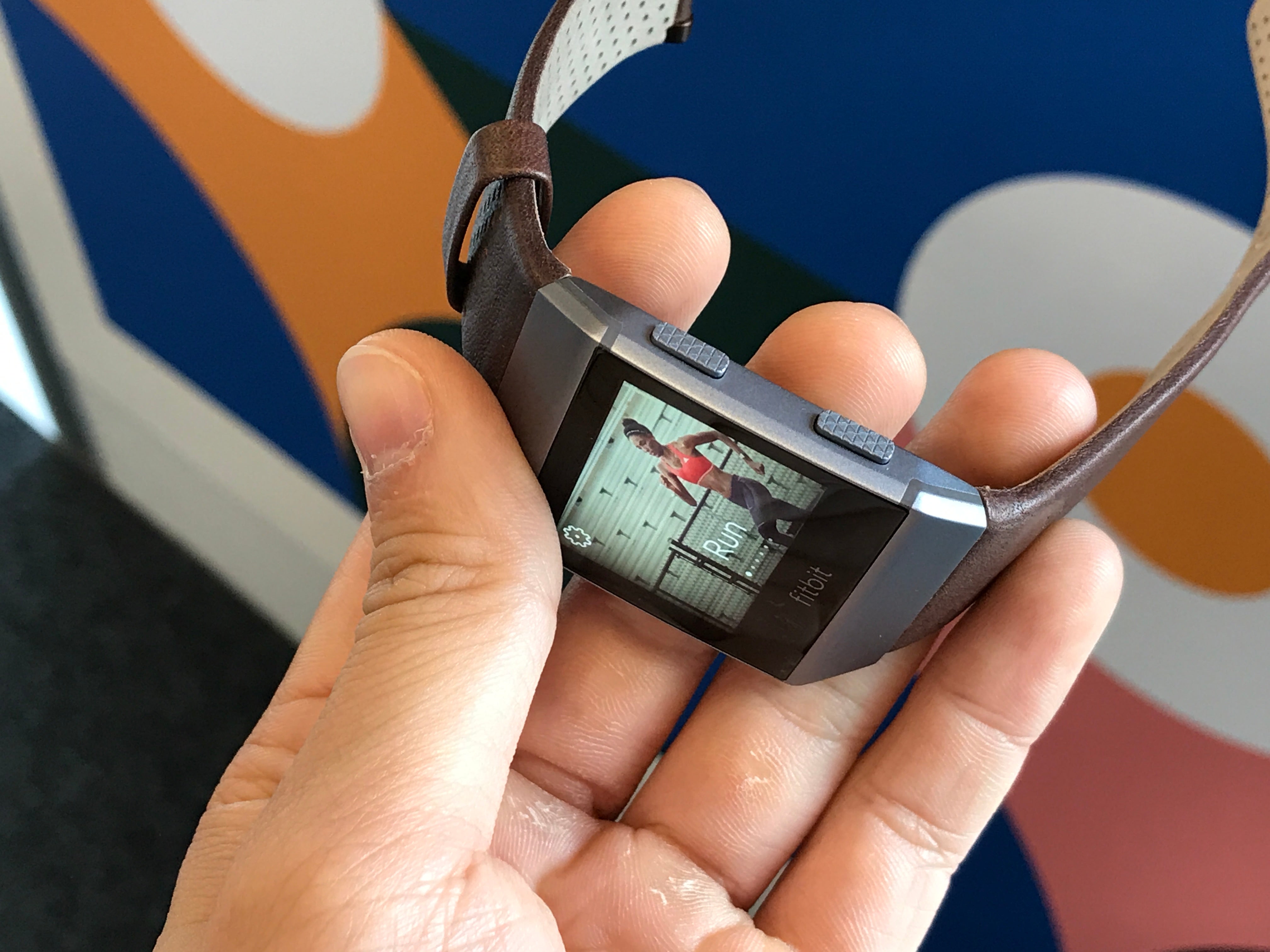 The watch is flanked by a single button on the left and a pair on the right – which again feels Pebble-esque. These can be used to navigate Fitbit OS menus and to interact with the watch itself when using the touchscreen might prove too fiddly – during a run or swim, for example.

Unfortunately, the interactions can be a little confusing. Some actions use swipes from the edge of the screen to go back; some use the left button. Sometimes, the hardware buttons correspond with labels on the screen; at other times those labels are actually touch buttons and the hardware buttons don’t do anything at all. Fitbit OS jumps between the two methods, with the lack of consistency requiring some training. 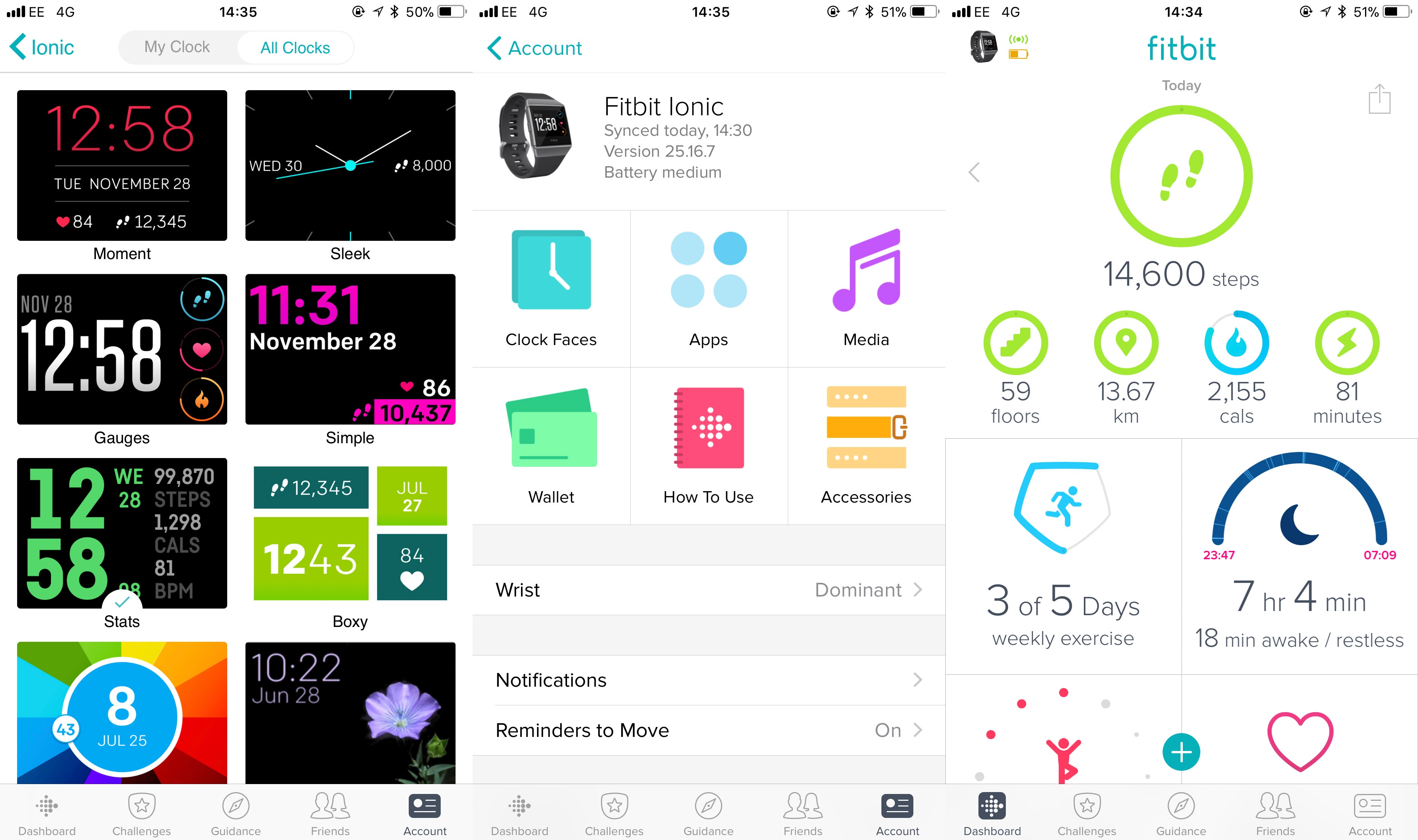 Then we come to the apps, or should I say the lack thereof. In the UK, you have Strava and Weather at launch. That’s literally the end of the list. It’s also a very basic Strava experience.

Those in the US get Pandora and Starbucks too – but that’s it. Granted, Fitbit has only just opened up its SDK to developers and has promised that it will be easy to develop apps, but access should have been provided far sooner so a more substantial app store could have been ready at launch.

As mentioned, support for the streaming service Deezer is coming in 2018 but there’s no firm date just yet for when. It’s also not the most popular service but it’s at least a start.

It’s a similar case for watch faces. A small number of Fitbit-developed options are available out of the box – some are actually rather nice and make great use of that crisp display – but you’ll have to wait for more to become available. The whole experience feels rather poorly planned and rushed to market. Fledgling app stores have suffered a similar slow start in the past, but I haven’t experienced anything as extreme as this in a while. Getting music onto the Fitbit Ionic requires you to install the Fitbit desktop software and to have your computer on the same Wi-Fi network as your device. You can then drag and drop playlists, which are wirelessly synced across. You can’t just drag and drop music over a USB connection – so if you’re caught somewhere without access to a wireless network, you won’t be able to update your music catalogue. Support for Spotify or any other music service would be most welcome.

I found the process of transferring music incredibly frustrating. Sometimes, my computer wouldn’t detect the Ionic, even though it was waiting in music transfer mode. Even if they did find each other, music transfer wouldn’t always work first time – or would be painfully slow.

Once you do get music on-board, you’re free to pair Bluetooth headphones – which at least works well and, as mentioned, means you can leave your phone at home when heading out for a run. It’s just getting to that point that’s a pain.

Recently, Fitbit debuted a number of new apps under the moniker of ‘Fitbit Labs’. These range from watch faces to app that bring with them new features. One example is Fitbit Pet, which brings a virtual cat or dog to your watch screen. It’s a bit like a Tamagotchi of old, wherein you can earn food to feed it by hitting your steps milestones. It’s a fun little motivator on top of just a plain cute watch face. There’s also a game called Think Fast that tests your reflexes and memory by performing tasks such as matching colours, shapes and prices to test your mental sharpness.

Other apps available include a Mood Log to track your emotional state throughout the day and a Tennis swing analyser. Another app called Treasure Trek is similar to the virtual pet, but instead of earning food your steps power your pirate ship on its quest for more treasure. While the Fitbit Labs apps are fun and a nice distraction, they’re designed as a test bed for trying out new ideas. Hopefully these lead to more fully developed apps appearing on the Fitbit app ecosystem.