What is the Fitbit Force?

The Fitbit Force is the wristband fitness tracker follow-up to the Fitbit Flex that makes notable improvements by adding a display, an altimeter to track elevation and additional new features that means it works more like a smart watch.

Already available in the US, the Force will be with us in the UK in March with a price tipped to be around the £99 mark making it cheaper than the Nike Fuelband SE. It keeps the same attractive design and with the already impressive third party app support should put it among the best fitness trackers to keep an eye out for in 2014. 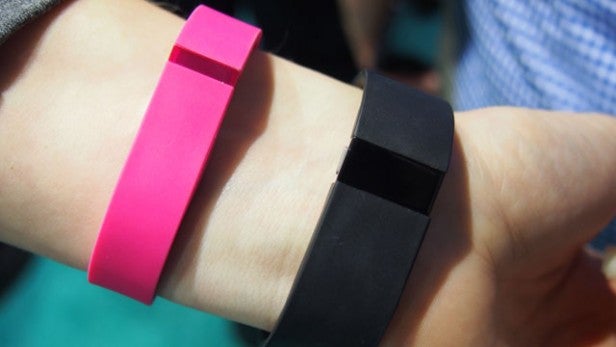 Wider and thicker than the Flex, the Force is now only available in black and Slate, but does keep the same clasp as the Flex to keep it secure on the wrist. There’s no pod enclosed in the rubbery strap as it’s now replaced by a built-in OLED display that can be tapped to display information with a single button alongside it to also navigate between screens.

While the Flex is waterproof, the Force loses its ability to fend off water when you go for a swim and is disappointing to see that Fitbit has not retained this feature that most fitness trackers lack. To wear, it’s a similar experience and feels light and comfortable enough to wear day and night. 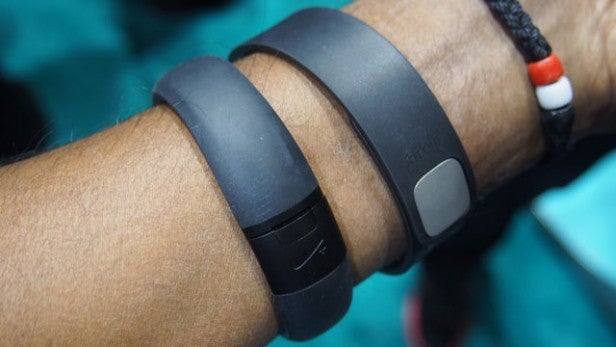 Swapping the limited array of LED lights for a Fitbit One-style display means there’s less reliance on a smartphone to review your progress with the ability to view the time, see your step count, calories burned, flight of stairs climbed, distance travelled, sleep and ‘active minutes’ which is similar to the Sessions mode on the Nike Fuelband SE and separates more intensive activity from simply walking to the bus stop.

Fitbit has also added a stopwatch and Caller ID support for iOS 7-running iPhones so when you receive a call, the Force will vibrate and display the name of the caller. Using the same 3-axis accelerometer to track movement, a built-in vibration motor also means you can be alerted when alarms go off.

Data can still be synced in real-time via the Fitbit app over Bluetooth 4.0 with iPhone and select Android smartphones like the Samsung Galaxy S4 currently supported. Like previous Fitbits, there’s a USB dongle in the box to sync data to a Mac or PC.

The Force has an improved battery life giving it around 10-12 days
and has to be charged from Fibit’s proprietary charging cradle so it’s
another charger you’ll need to keep a hold of as these things are
usually very easy to misplace. 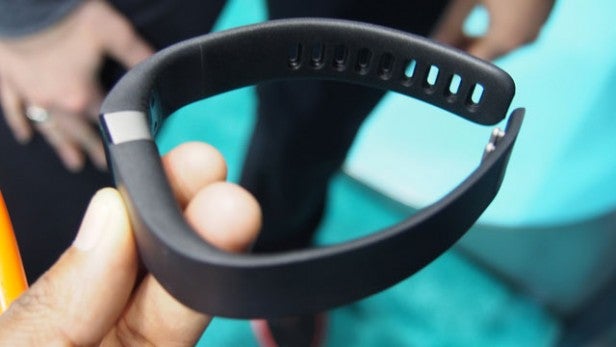 The Fitbit Force makes necessary changes that ultimately let down the Fitbit Flex and we are glad that a better battery life and a display is included this time round. From a software perspective, Fitbit still offers the most comprehensive platform to review data and feeds in information from other apps and has a growing community of users.

The loss of its waterproof design is a disappointment and the screen feels too small to adequately replace wearing a watch. If it’s priced at just under £100 it will actually be around £20 more than the Flex and with more fitness trackers like the Garmin Vivofit, the Sony SmartBand and LG LifeBand Touch, Fitbit is going to have to work harder to stay out on top.