It can be a touch fiddly to set up for the first time, but once in place, the FireAngel Pro Connected is the best smart fire detection system. With wired and battery-powered smoke and CO2 detectors, and heat alarms, this system is built to work in every property and is particularly good where you need alarms to meet building regulations.

Although there are a few smart smoke alarms, the ones currently available suffer from one major problem: you can’t use them in kitchens. That’s a big problem if you require you home to have one due to building regulations. Step forwards, the FireAngel Pro Connected system, which comprises of smoke, heat and CO alarms, giving you smart protection in all the rooms you needed.

A touch fiddly to get installed, once up and running the FireAngel Pro Connected is the best full-home solution for fire detection.

The FireAngel Pro Connected comprises of a series of components, which you can put together. To get app and smart control, you need to have the FireAngel Wireless Pro Connected Interlink Gateway (around £49.99), which plugs into your home network. 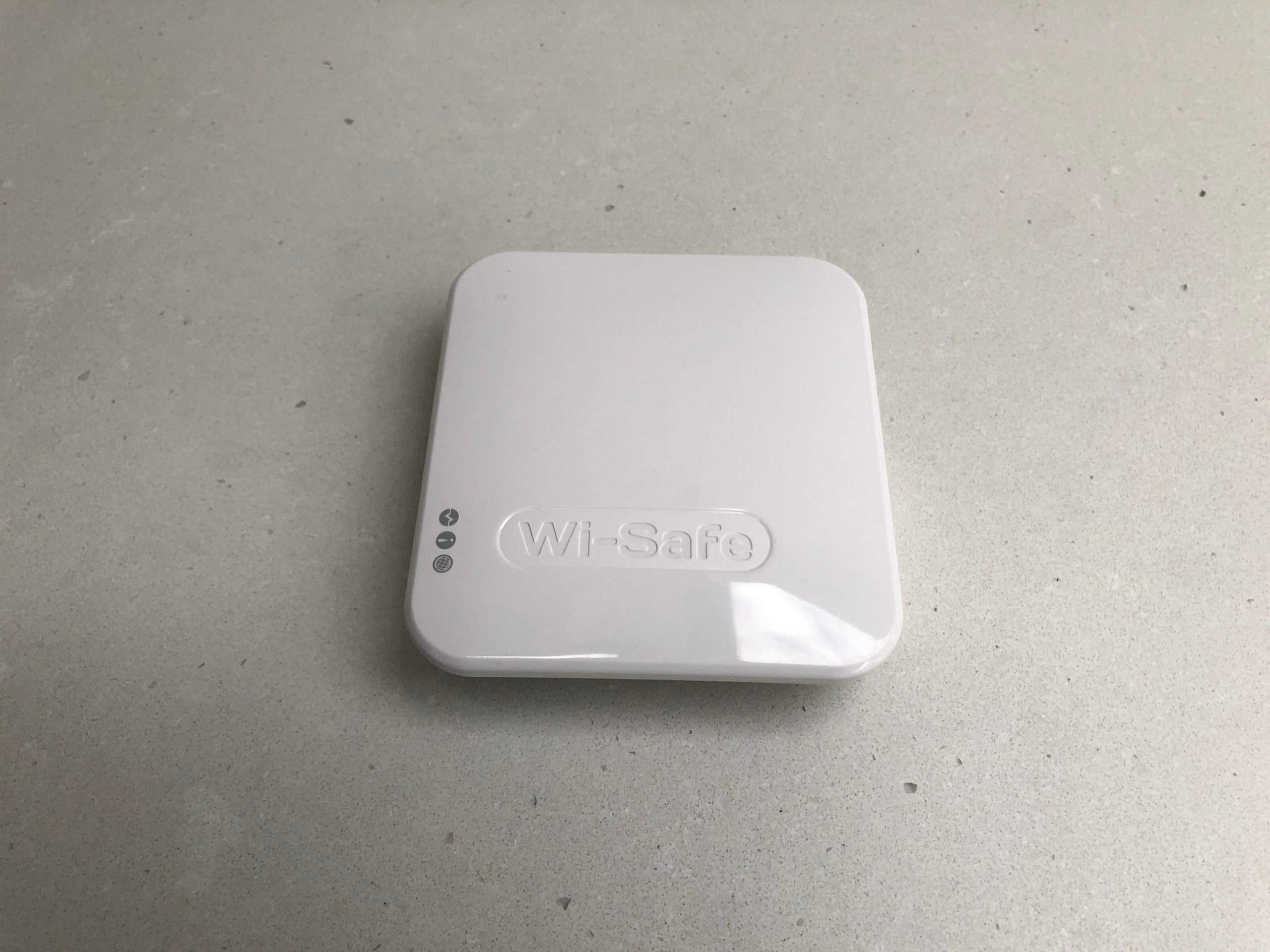 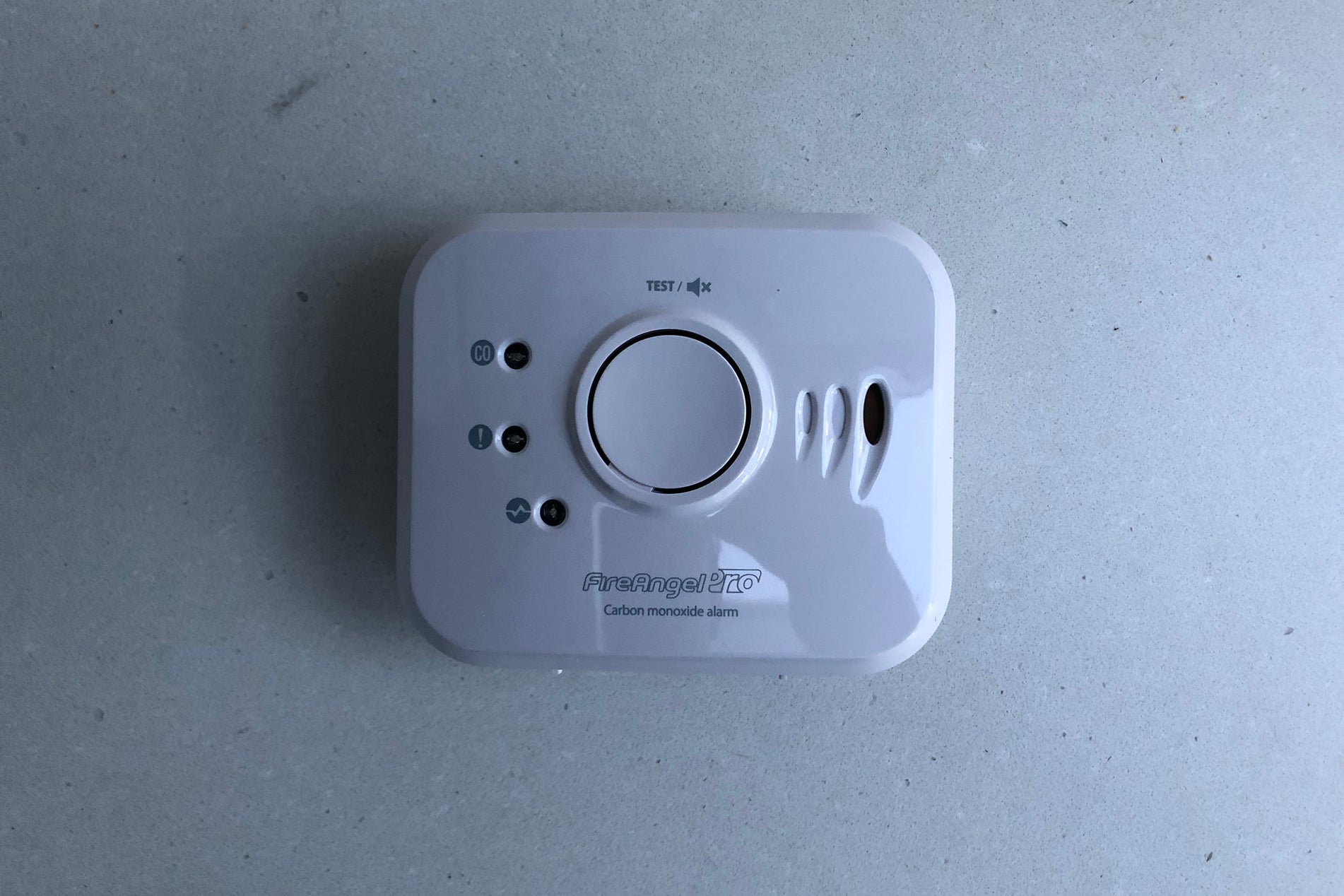 The main difference between the two is that the battery-powered alarms communicate between each other wirelessly only. If you buy the mains-powered alarms, they can communicate over a wired connection (assuming you have the third cable installed), and wirelessly. The latter is really the best option if you have existing interlinked alarms that you want to upgrade; the battery-powered options are easier to install.

You can mix and match the alarms, which is neat as you can upgrade an existing wired system by adding in additional battery-powered units.

It’s important to note that the mains-powered alarms can also communicate wirelessly. In both cases (wired and wireless), the alarms will meet building regulations for interconnected alarms.

To get the system set up, you first need to install the Gateway, which plugs into your home network. Next, you have to get your alarms connected, which isn’t as easy as it sounds, as the manual talks about pressing a button on your first smoke alarm, and doesn’t talk about the bridge. However, there is a sync button on the bridge, so I was able to use this to pair in the first alarm in the system.

After that, it was easy enough to pair the other alarms in my system, with them all appearing in a neat list on the app. They tend to come in with names based on the serial number, but you can rename each alarm to give it a proper name, such as ‘Hallway’ or ‘Kitchen’.

Now, at this point, it’s worth adding in another accessory: the Alarm Control Unit (£34.99). This wireless control panel gives you a single button to test your alarms, has a simple display that shows you if a triggered alarm was caused by fire or CO, and has a locate button. This locate button will silence all alarms bar the one that was triggered, helping you track down the location of a problem. 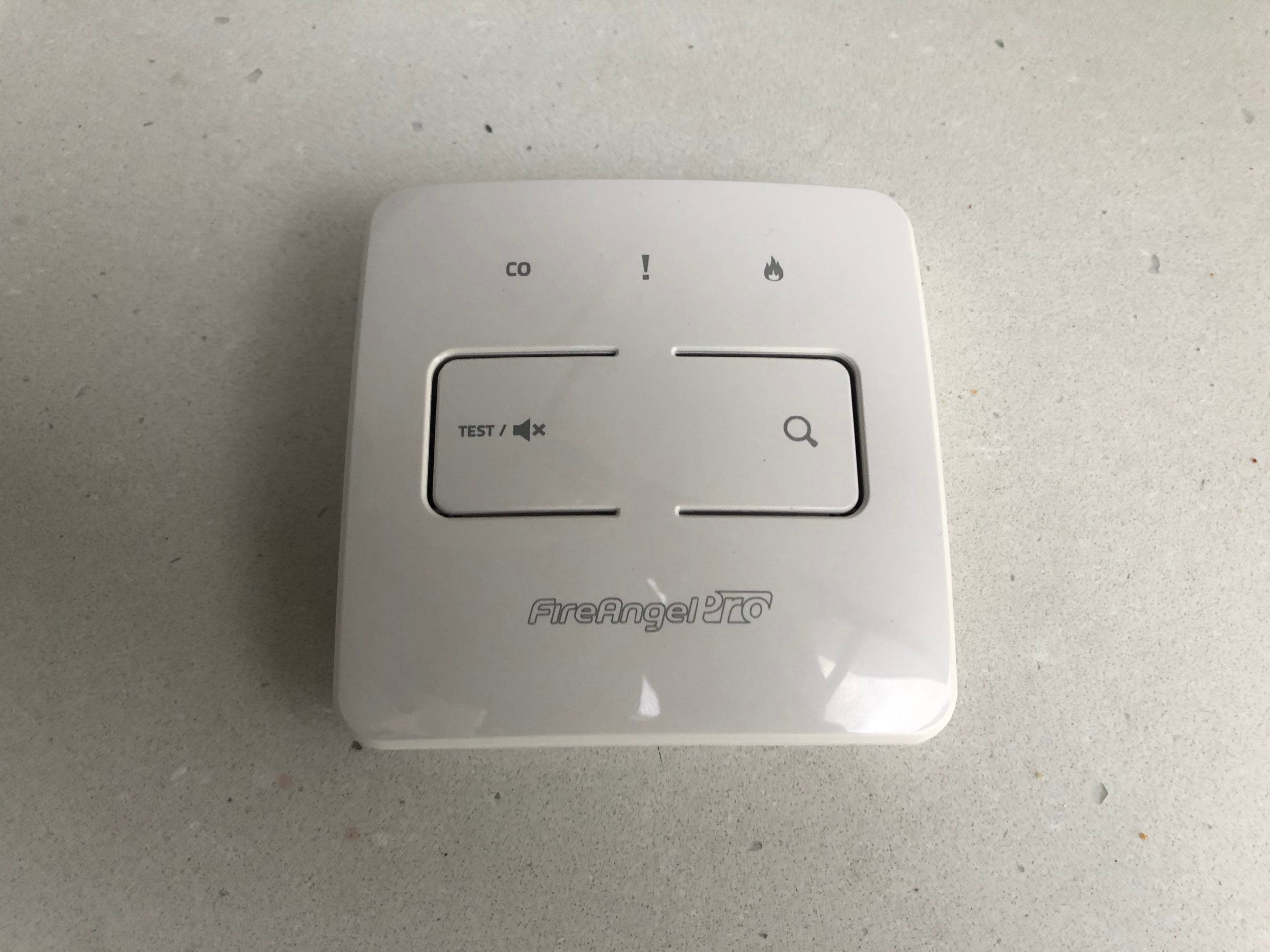 You get a similar locate feature if you hit the test button on any alarm, but given that they’ll most likely be located on the ceiling, you’d have to reach them first. As a first response, then, the Alarm Control Unit is a brilliant addition.

Turn to the app, and alerts are sent to your phone, telling you not only what the problem is but where the alarm was triggered, so you can go straight to your offending device. Of course, you can silence alarms from the app. You’ll also get alerts for low battery, power interruptions and the like. 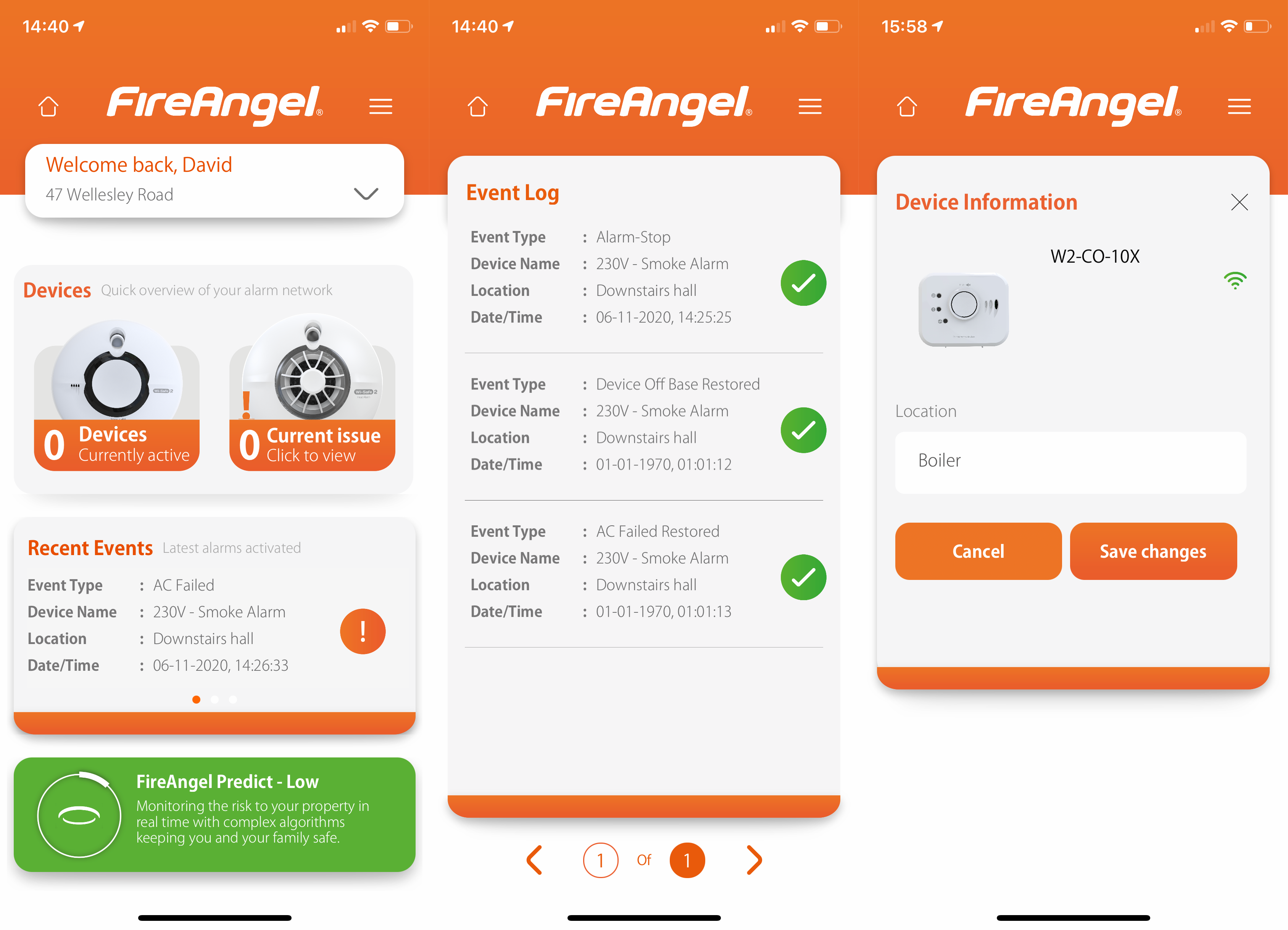 If you want to use voice control, there’s an Amazon Alexa Skill that lets you test and silence your alarms, plus you can ask Alexa which alarm was triggered. There’s no IFTTT support and no Google Assistant support.

FireAngel has also got its Predict technology built-in, which it says uses AI and complex algorithms to work out how at risk your home is. The background to the technology is rather vague, but the system seems to take readings from your alarms and then analyses the data to work out if your home is at risk of fire, letting you take preventative action before something more serious happens; my home was, thankfully, listed as Low.

Performance – Alarms are quick to respond and easy to manage

If you’ve got a problem, the FireAngel Pro system is quick to respond. Each alarm is exceptionally loud, particularly when you’ve got a house-full going off: I have eight smoke detectors and one heat alarm.

Having everything come through to the app is extremely useful, as you can tell which alarm is causing the problems and check out the local source. In many cases this may be obvious: using the grill in the kitchen often sets off the smoke detector in the hallway, but in the past with my old system, I’ve had an issue with one faulty alarm that kept triggering. As my old system was interlinked, all the alarms sounded, but it was really hard to work out which one was causing the fault. Although I’ve not had a problem with FireAngel’s system, the app and locate features would let me quickly turn off an alarm.

I have to say how useful the control panel is. Rather than faffing around trying to reach an alarm when it’s triggered, or trying to find my phone, I can silence the alarm quickly from the panel.

Should you buy the FireAngel Pro Connected?

Competition comes from two companies: the Nest Protect and the Netatmo Smart Smoke Alarm. Both are good in their own way, and are suitable if you need one or two alarms around your house, but neither can be installed in the kitchen.

The FireAngel Pro Connected is different, as it’s a complete system that uses multiple sensors, letting you put the most suitable alarm type in each room. This makes it a lot better and essential if you have a building regulations requirement.

Each sensor is well priced, particularly if you get the wireless-only option. With multiple control options, including a smart app that tells you of issues no matter where you are in the world, the FireAngle Pro Connected is the best smart fire alert system you can get.