Fire Emblem Warriors was an oddity when it was first announced. A series predominantly centred around dramatic storytelling and strategic, turn-based combat transformed into a hack ’n’ slash adventure focused on cramming as many enemies onto the screen as possible. Like many, I was afraid that Fire Emblem’s beloved hallmarks would be lost in translation, giving way to a generic yet satisfying action romp. Luckily, this isn’t the case. In fact, this could be one of Omega Force’s finest efforts to date. 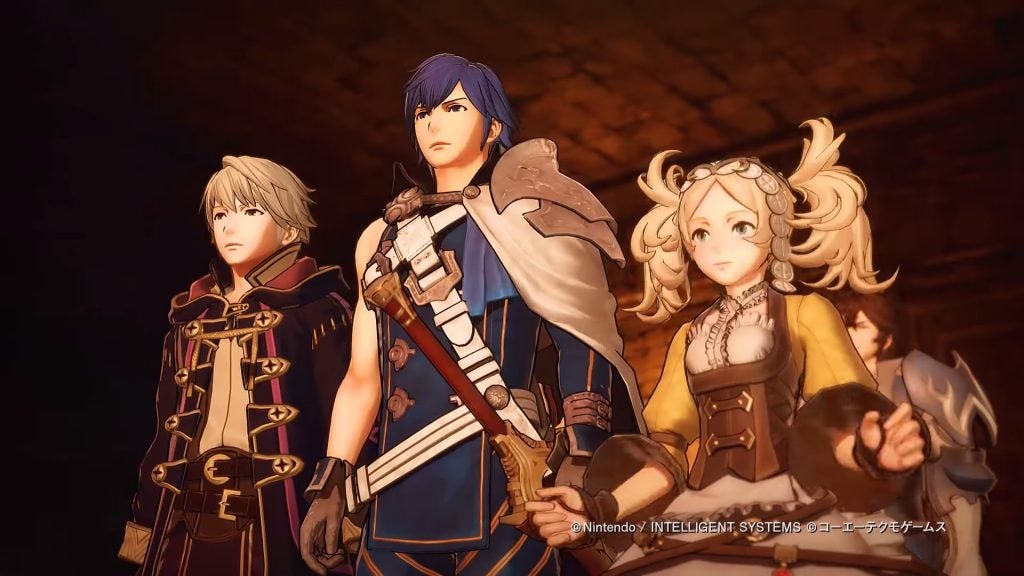 Fans of the strategy RPG series may be divided by the narrative setup in Fire Emblem Warriors. It’s nothing more than an excuse to have an expansive universe of characters meet in the same place for a bit of rough and tumble. The usual suspects such as Corrin, Marth, Camilla and more are joined by newcomers Rowan and Lianna, rightful heirs to the Kingdom of Aytolis. The plot is suitably overdramatic and filled with the mixture of light-hearted jokes and sudden betrayals you’d expect from the genre. It’s fairly predictable, and frankly not up to the usual Fire Emblem standard.

But this is far from a deal-breaker, with the majority of Fire Emblem Warriors’ appeal coming from its creative application of the existing universe and sheer amount of content on offer. Warriors is filled with varied modes, upgrade systems and environments to enjoy, many of which saw me lose hours upon hours enhancing my favourite classes until they mowed down opposing troops like ants beneath a boot. It’s huge fun, and deceptively deep in how meticulously it can be made your own.

During the opening hours I steadily unlocked new heroes after each mission, adding to a growing roster of characters that can honestly feel overwhelming at times. After 20 hours of playtime there were some I hadn’t even touched, far too enamoured with ensuring Corrin was equipped with all the latest and greatest gear. You’re bound to play favourites with specific characters, especially given how the cast is brimming with personable charm.

Each warrior can be outfitted with specific weapons and items, many of which are subject to particular buffs, although I didn’t find these to be essential to success. It was far easier to wait until a more powerful device came along, instead of wasting precious minutes toiling away at every item in my possession. This is where Fire Emblem Warriors’ uncompromising scope can work in its detriment, forcing you away from systems that, in a smaller title, might have been genuinely compelling. 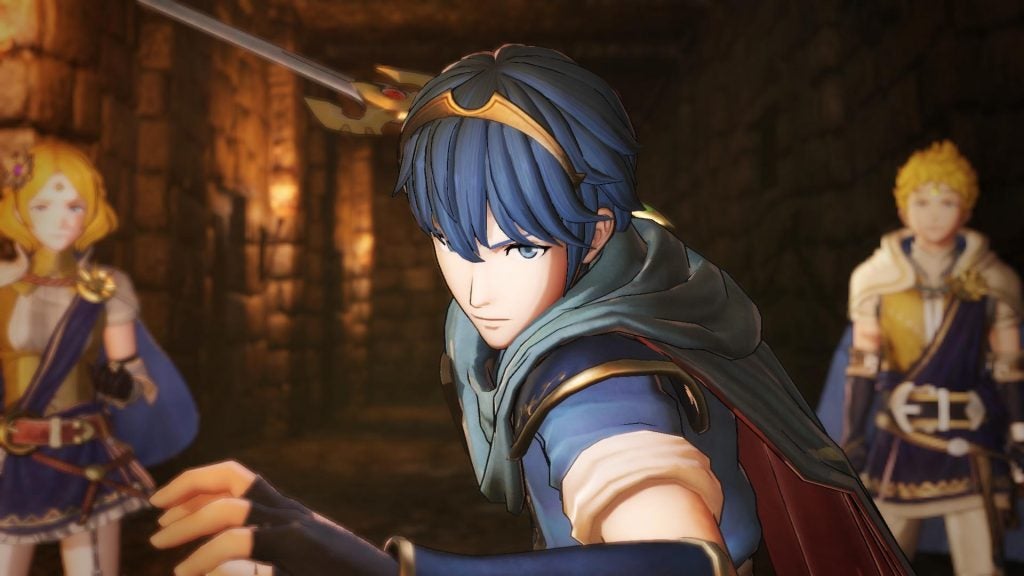 Fortunately, one upgrade component is spared this treatment. The Crest System is a wonderful addition that makes an otherwise mundane action experience something worth digging your teeth into. Each playable character has an individual skill tree with new combos, abilities and classes to be unlocked through the use of consumable materials. Applying upgrades is fast and satisfying, providing an immediate difference as I hopped into older levels at a harder difficulty.

While some upgrades are relatively mundane, others can completely alter how you perceive certain warriors. Royal Seals can be used to transform a fighter’s class, providing them with a new weapon and hugely advanced stats. When I first discovered this it felt like cheating, almost doubling certain attributes with no effort. On the flip side, it further exemplifies the power fantasy Omega Force is so versed in presenting.

Combat in Fire Emblem Warriors is all about ridiculous speed and scale. Vast battlegrounds packed with endless modes of infantry lay before you, simply begging to be torn apart with whatever brave knight takes your fancy. While inevitably repetitive, with a limited stream of combos and attack animations I was subject to countless times, it never felt arduous to play. Omega Force knows how to showcase spectacle, and pushes this to the forefront at all times.

Thankfully, the initial act of swinging a sword is bolstered by the aforementioned upgrade potential and the excellent Bonding System. Fire Emblem veterans will recognise this mechanic immediately but might come away disappointed by this iteration’s brevity. Forming a partnership or healing a comrade on the field will improve your relationship, eventually leading to sweet little cutscenes and nifty unlockables such as viewable models and new outfits. 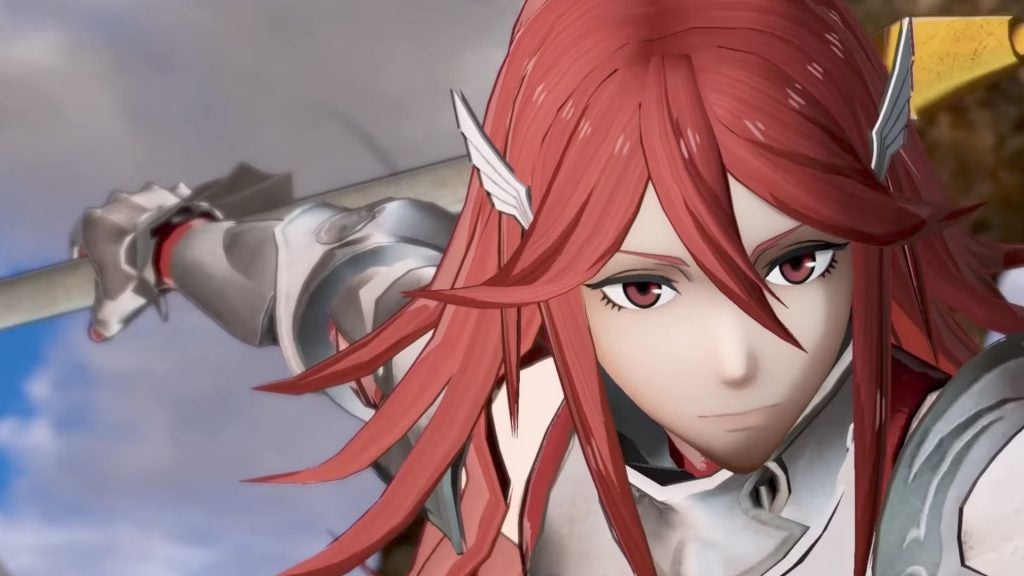 While seemingly insignificant, it provides combat with an extra dynamic that always put repetition at the back of my mind. Being able to switch between different heroes at will to build upon lovey-dovey relationships was a blast; it made replaying older stages an opportunity instead of a chore. This also extends into History Mode, a flawed yet fascinating excursion.

History Mode lets you re-enact iconic battles from the Fire Emblem series, playing as specific heroes while taking on varying challenges. It isn’t perfect, with the coliseum battles serving to highlight the simplicity of Omega Force’s combat system as you spam the same combos to defeat a single enemy. Luckily, these are few and far between, and you’ll want to avoid them when possible.

Beyond the occasional misstep, History Mode is a generous offering considering how substantial Fire Emblem Warriors manages to be without it. It provided me with another outlet to enhance my favourite characters while also stepping into some familiar adventures and entirely new ones. With my love for Fire Emblem starting with Awakening on 3DS, there are plenty of faces here I’d never seen before. 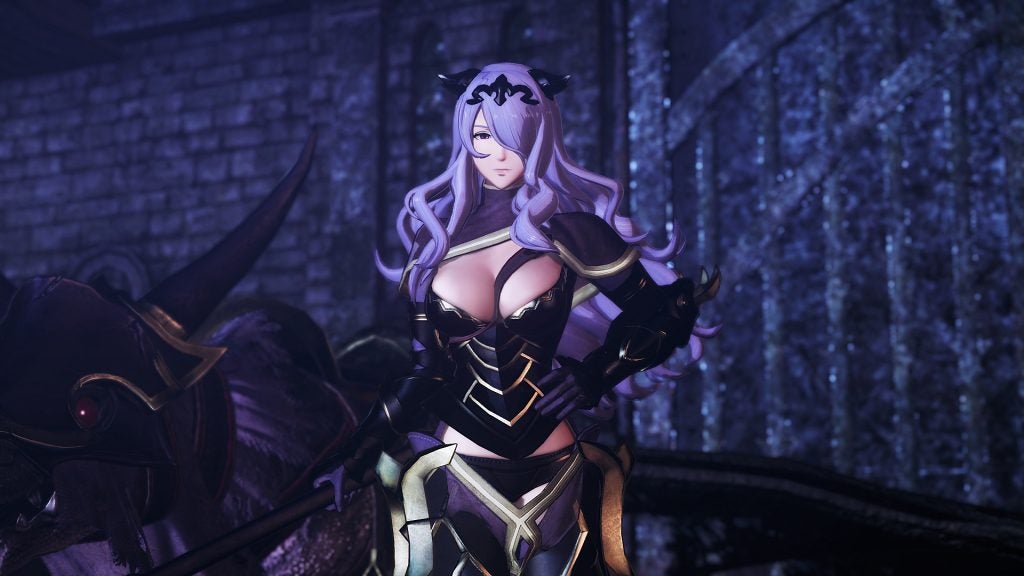 Fire Emblem Warriors also performs brilliantly on Switch. While it can lag behind in portable mode, the Nintendo Switch does has admirable job of presenting such a hectic action title without any noticeable frame rate lapses in sight. It’s a visual treat, and yet another solid surprise for the Switch library.

Fire Emblem Warriors is superb. It successfully translates the beloved RPG series without sacrificing any elements for which I have adored the series. With countless characters, a robust upgrade system and plenty of modes on offer, you’ll sink hours into this stylish hack ‘n’ slasher without even knowing it.