The Finlux 48UXE304 is the latest arrival at the busy end of the UHD TV market. Pitched at those seeking a resolution boost on a budget, this 48-incher is priced at a tantalising £499, and sweetens the deal further by offering a Freeview Play tuner with roll-back programme guide and a full complement of mainstream catch-up TV services. Sounds like a bargain, right? 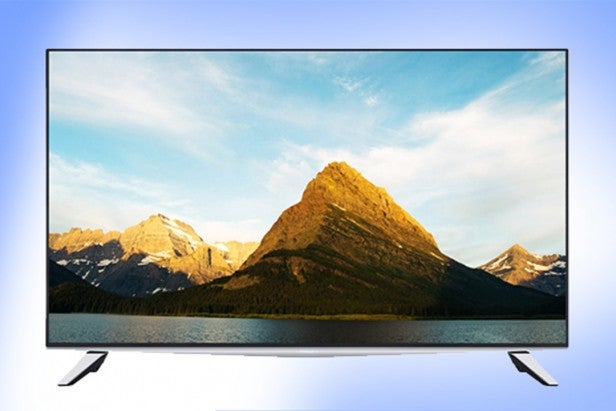 Unfussy and clean cut, it’s easy to imagine this flatscreen fitting with any décor. The bezel is thin and there’s a chromed trim which pouts for the logo below the screen. Two bolt-on feet to the left and right mirror the finish. While these boots look metallic, they are actually made from plastic.

All four HDMI inputs are HDCP 2.2-enabled – you’ll need that to hook up UHD Blu-ray players, Sky Q boxes and other 4K sources. Other connections include component AV with stereo input, PC VGA, Ethernet, an optical audio output, three USBs, an AV 3.5mm mini-jack and Mini Scart (with an adaptor provided in the box). Wi-Fi is integrated. There’s also a CI slot.

The set comes with a large, clicky IR remote control. This isn’t pretty, but it does the job. If you prefer, you can control the TV via the Finlux Smart Centre app. 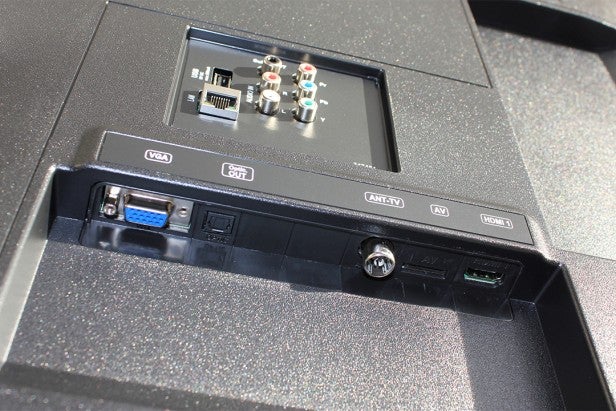 This 48-incher may only have a single tuner, but it is a funky new Freeview Play one. In case you’ve not been paying attention, Freeview Play is an updated version of Freeview HD which combines Internet-delivered programmes with over-the-air broadcasts. Catch-up TV can be streamed directly from a programme guide which covers the last seven days of broadcasting.

For example, if you missed BBC Click yesterday, selecting it from the EPG will automatically trigger the BBC iPlayer. Ditto for shows covered by ITV Hub, Demand 5 and All4. You don’t have to use this EPG, of course; you can simply fire up the channel player directly if you simply want to browse.

The main menu is a neat vertical affair with appropriate icons. There’s also a Quick Menu if you just want to change picture modes and other niceties. Navigation is quick and intuitive. 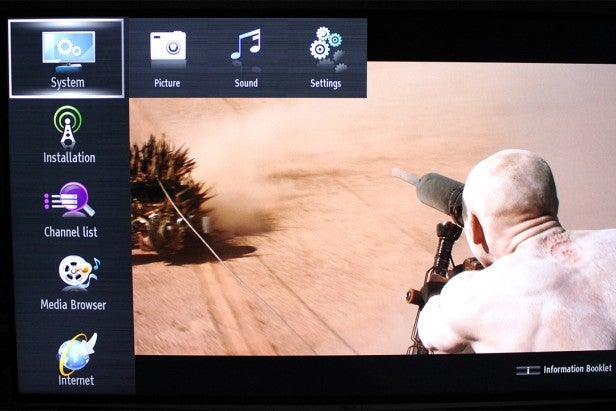 A dedicated Smart TV button, accessed via the main interface, takes you to a familiar Finlux/Vestel content portal. Here there’s a selection of apps, including YouTube, TuneIn, Flickr and more. The Opera TV Store has casual games and more streaming sources, mostly of scant interest. There’s no Amazon Video app, although on the upside the Netflix app does support 4K streams.

The set has a media player for networked sources as well as USBs. File support is at its best when playing from USB media. The set doesn’t hold truck with 3D, but given the price this isn’t much of a surprise.

Generally this screen over-delivers on its price tag. Images are crisp and colour-rich, with both HD and 4K content. However, there’s a big caveat…

Preset picture modes comprise Natural, Cinema, Game, Sports and Dynamic. Perhaps surprisingly, the Natural mode is the most muted – that’s an honour usually reserved for the Cinema mode. Horizontal pans can be a little stuttery on the Natural, Cinema and Dynamic presets, but Game and Sports prove acceptably smooth.

Image processing is largely functional. There’s no fancy interpolation modes designed to sharpen up sports footage, but conversely there are no motion artefacts to mess with the image sharpness either.

The set looks great with HD content from Sky and Blu-ray, but things get really interesting when you hook up a 4K source.

Most viewers will tend to let a TV screen run on Auto, often because that makes sense. Equally who has the time to go off-piste when it comes to settings menus? However, Auto transpires not to be a good idea for this Finlux.

At first I couldn’t quite put my finger on it. 4K content that I know to look great just wasn’t doing it for me here – it still looked kind of regular HD. Initially, I put this down to the screen size. After all, 48 inches is perilously small when it comes to appreciating the benefits of 4K when viewed at typical lounging distances. But even when sitting up close to the set, there was a certain lack of UHD clarity.

Several test discs later, things began to get clearer. A 4K zone plate pattern indicated what might be happening – the set was struggling to cleanly resolve high-frequency luminance detail, collapsing into a moiré pattern instead. 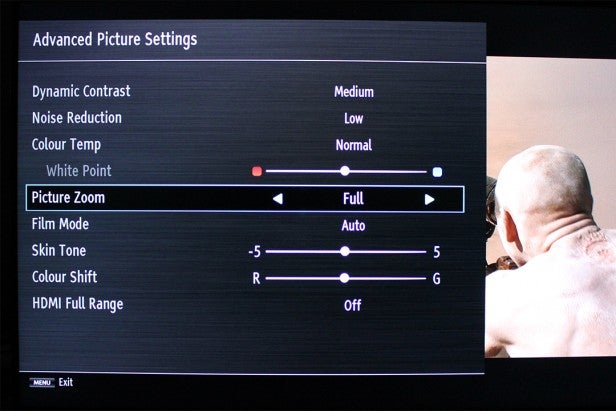 This screen may not be bright enough to support HDR (high dynamic range) content, but images do have a decent punch. This edge-lit set offers a reasonable black level, although screen uniformity can be a little unstable, with light pooling in the bottom corners in dark scenes. To be frank, though, this is entirely normal at the more affordable end of the market.

The sound system does a valiant job. Given the limitation imposed by the set’s slim design, the DTS TruSurround processing does some clever DSP trickery. A soundbar would be a sensible subsequent investment.

If you’re upgrading from an early Full HD TV and are constrained by a tight budget, this Finlux is certainly worth auditioning. There’s no doubting the 48UXE304’s curb appeal. It looks smart and has a come-hither price tag. The addition of Freeview Play to the usual Finlux selection of streaming apps represents a massive improvement on general usability.

It’s probably not your next telly if you’re looking to get the most out of HDR sources, such as the Xbox One S or PS4 Pro – the Philips 55PUS6401 would be a better budget alternative – but coupled to Sky Q box or regular Blu-ray it does a fine job.

This TV’s image quality is on the right side of impressive for the price, while Freeview Play and 4K Netflix streaming are attractive additions.