As noted earlier, the 48FT3E242S-T uses the active 3D system, meaning we should get full HD images from 3D Blu-rays. However, while you don’t get the jaggedness around curved edges or visible horizontal line structure you can get with cheap TVs that use the rival passive 3D system, the 48FT3E242S-T’s 3D pictures don’t look as HD as hoped. In fact, for much of the time they look quite soft, partly due to some motion blur, and partly due to some occasionally quite strong crosstalk ghosting noise.

In other ways Finlux’s set does pretty well with 3D. Colours look rich but also realistic, and the image looks unexpectedly bright if you stick with the 3D picture preset. Nor is there any serious sense of flicker from the glasses – so long as you dim your room lights – and while motion may lack clarity, at least it isn’t also prone to the judder we often see with 3D TVs. 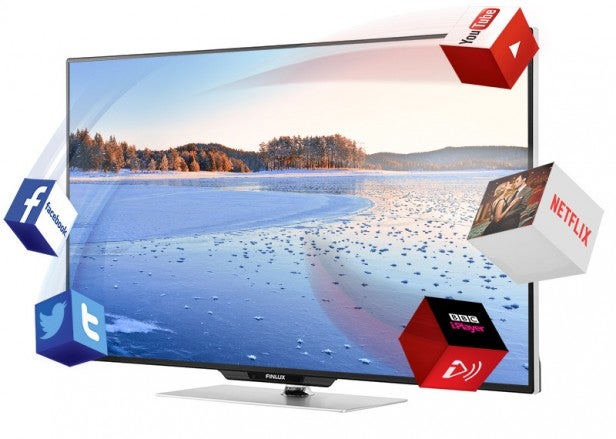 It’s worth adding here that you should leave the TV running for at least an hour before you intend to watch 3D, as letting the screen warm up reduces the amount of crosstalk you have to put up with.

As usual with budget TVs, the 48FT3E242S-T’s speakers only support a fairly limited dynamic range. A shortage of bass at one end of the audio spectrum and some rather tinny, harsh trebles at the other leave the soundstage sounding pretty thin and compressed during big action scenes.

Finlux’s set isn’t a total loss in audio terms, though. It’s just powerful enough to handle voices credibly, leaving both male and female vocals sounding like a natural part of their environment, as well as clear and distortion-free even during action scenes. The soundstage spreads a decent distance beyond the screen’s frame, and despite the lack of dynamic range the set can achieve volume levels loud enough to sound a fair match to the scale of the 48-inch images.

Cheap, decent-sized full HD TVs such as the 48FT3E242S-T obviously have appeal as gaming monitors. With this in mind it’s great to find that Finlux’s TV only recorded input lag of around 30ms during our tests. This is actually slightly better than the measurements recorded on many much more expensive TVs, and should enable you to game on the 48FT3E242S-T without it getting between you and a decent kill count.

The 48FT3E242S-T is definitely worthy of consideration if your budget can’t stretch beyond £400. In fact, it’s hard to think of any other TV of the same size that offers such a solid mix of picture quality and features. It’s also surprisingly effective at doubling up as a gaming monitor.

If you can stretch your budget £100 or so further, though, you can get the Samsung UE48H5500 and Sony 48W605, both of which are superior in both the picture quality and smart TV departments.

The 48FT3E242S-T is one of Finlux’s finest TVs to date, doing far more well than you’ve any right to expect for £400. The only fly in its ointment is the existence of some pretty strong competition that’s currently available for only around £100 more.