We’re sure there must be some logic to Finlux’s TV model numbering system. But unfortunately we haven’t quite figured it out yet, so as we unbox the latest in a stream of new TVs from the remarkably prolific brand, the Finlux 46S6030-T, we’re definitely in ‘TV reviewing is like a box of chocolates…’ territory.

The only thing we can tell with any certainty from the Finlux 46S6060-T’s model number is that it’s 46in size – a fact that is actually pretty eyebrow-raising when you sit it alongside the set’s £560 price tag. There are plenty of 32in TVs out there that cost considerably more than £560, so being able to get a 46in screen for so little is remarkable. Unless, of course, the TV turns out to be a pile of natural fertiliser.

Aesthetically the Finlux 46S6030-T both does and doesn’t look its money. On the upside, we quite like the ‘wood grain’ effect to the grey-black bezel, as well as the transparent outer trim and the unusual stand design that lets the TV sit so low down that it looks as if it’s just standing magically upright directly on your table. 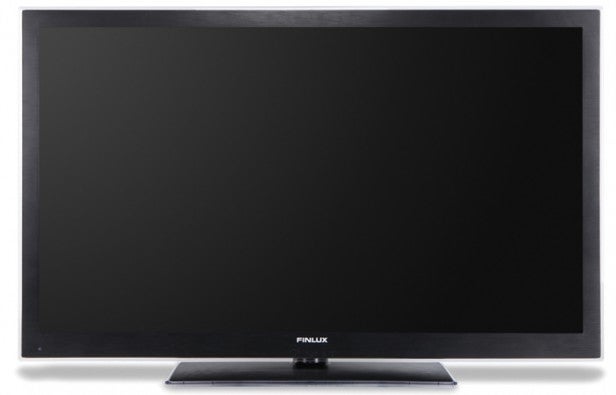 Less impressive is the rather plasticky finish to the bezel, and the way most of the set’s connections stick straight out of its rear, making wall hanging the set much more of a ball ache than it otherwise might have been.

At least these connections are reasonably plentiful. Particularly welcome is the presence of four HDMIs, two USB ports and, surprisingly, a LAN port. Our enthusiasm only grows as we discover that the USBs can play a fair (for the money) selection of video, photo and music file formats, as well as permitting recording from the set’s integrated tuner. This tuner is Freeview HD rather than the standard definition effort we’d expected for the Finlux 46S6030-T’s money.

Connection limitations
The LAN, however, turns out to be a red herring. For it’s only there because it’s mandatory support for a Freeview HD tuner; it doesn’t provide access to the online service recently tested on the Finlux 40S8070-T, or any DLNA PC streaming capabilities. But then really it wouldn’t be in any way reasonable to expect such value added features on a £560 46in TV. Getting a Freeview HD tuner and USB recording/playback is already a treat for so little cash. 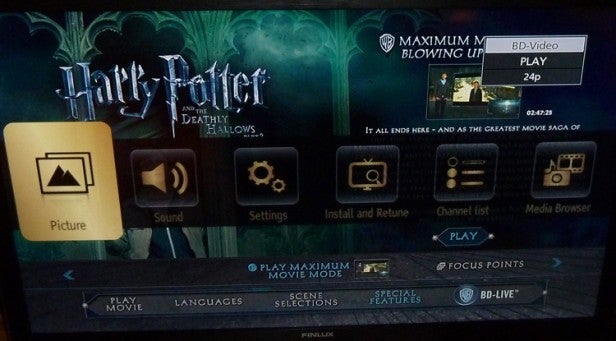 The menu system on the 46S6030-T is one of those gold on black affairs found on all the recent Finlux TVs – and is in reality nothing like as glamorous as it sounds. Once you get beyond the ‘home’ stripe of icons running across the centre of the screen it’s pretty much low-res text all the way.

Tucked away among these text menus are one or two more features than might have been expected of such a punily-priced big-screen TV, including a backlight adjustment, a noise reduction system, various settings for the set’s 100Hz-based motion processing, sliding bar adjustments for the screen’s skin tone and red/green colour balance, and even the facility to adjust the gain of the red, green and blue colour elements.

First impressions of the Finlux 46S6030-T’s pictures – while watching a combination of HD broadcast channels – are that they simply can’t be coming from a 46in TV costing substantially under £600. Colours look vibrant, brightness levels are high, and detail and sharpness levels are good. The sharpness doesn’t even break down severely when there’s motion in the picture – especially if you have the TV’s motion processing system switched on to low or medium.

The latter setting can cause some minor unwanted side effects, such as gentle blurring around the edges of fast-moving objects, and a very minor recurring ‘twitch’. But overall, while the motion processing feels – and doubtless is – pretty simplistic versus the vastly more powerful efforts you get with more expensive TVs, it’s also much more effective and usable on the 46S6030-T than we could have expected. 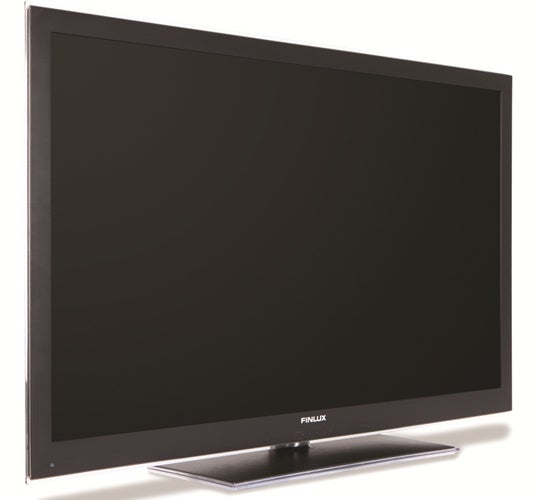 Although it’s hard to tell with any certainty from the predominantly very bright, colour-rich material of most non-film HD TV broadcasts, it also looks at this stage as if the set’s black level response is pretty decent – certainly not the grey-infused mess common with budget TVs. We were relieved at this stage, too, not to spot any frighteningly overt backlight consistency flaws – though obviously we can’t be totally confident about the backlight until we get a few ultra-dark movie scenes fed in.

Inevitable flaws
There are, of course, some early signs of the 46S6030-T’s affordability. Colours look a bit basic, in that they lack blend subtlety, sometimes look a bit cartoony, and can look a mite unbalanced in their out-of-the-box state, with bright reds and blues looking a touch dominant, and greens looking slightly muted. But then the set, as seen earlier, does provide enough tools to at least reduce these imbalances, even if they never entirely disappear.

Switching to standard definition channels causes a slightly bigger step down in picture quality than we would ideally hope for. Clearly the Finlux 46S6030-T’s upscaling processing doesn’t do a particularly good job of suppressing source picture noise as it goes about remapping pictures to the screen’s 1,920×1,080 resolution. 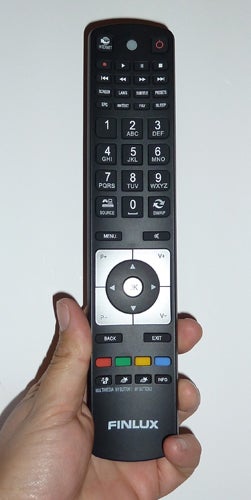 To be fair, though, this is really no more than we would expect at the 46S6030-T’s price point. And actually, in some ways the rescaling isn’t bad. For instance, colour tones don’t slide off message with standard def sources like they can with many affordable LCD TVs, and motion blurring doesn’t suddenly increase exponentially either. Standard def images are thus still eminently watchable.

Surprising Potter performance
Experience shows that the single hardest thing for budget TVs to do is reproduce dark scenes with any serious sense of conviction. So feeling in an unforgiving mood, the first movie we played into the 46S6030-T was the phenomenally dark final Harry Potter film on Blu-ray. And actually, Finlux’s budget screen did quite a bit better than expected – notwithstanding a couple of notable flaws.

Switching the TV to its Cinema preset – something we’d strongly recommend you always do when watching Blu-rays on this TV – revealed black levels considerably deeper than we’d expected. Yes, there’s a somewhat hollow look to the darkest areas as the set takes brightness out of the image to boost its black level credentials, and there’s still more greyness hanging over dark proceedings than you tend to get with the very best LCD or, especially, plasma TVs. But by the standards of the really cheap TV world, the 46S6030-T’s rendering of dark scenes is actually very strong.

There is one further frustration to report in the Finlux 46S6030-T, though. For to get the very best black levels out of the screen, we found that you really need to have the Backlight set to Auto. Yet if you do this and you’re watching a very dark film, you can find yourself regularly being distracted by some pretty aggressive ‘jumps’ or steps in the picture’s overall brightness level.

For instance, as the Harry Potter and The Deathly Hallows Part II title moves toward the screen near the start of the film, the 46S6030-T shifts its overall backlight output on three or four separate occasions so aggressively that you certainly don’t have to be an experienced TV reviewer to see it.

At other times the backlight shift is too slow, enabling you to see the backlight level sliding itself down when the film transitions from a bright to a dark scene. 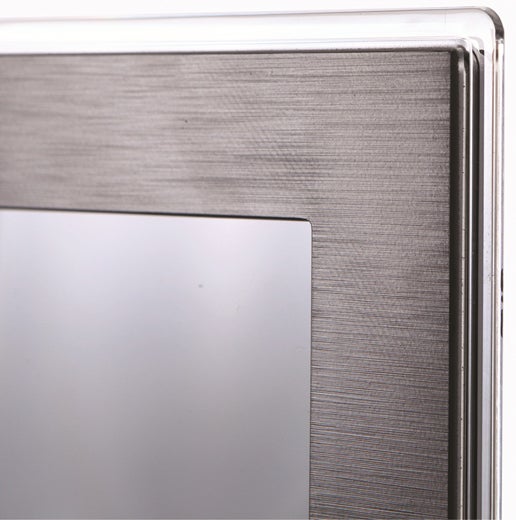 All this means that for really consistently dark films like The Deathly Hallows Part II you might need to set the backlight on Low rather than Auto – a move which sadly reduces the black level depth while also causing a little evidence of backlight inconsistency.

To be fair
Now for the good news: the sort of problems caused by the Auto backlight setting are only a really major, repetitive issue with consistently very dark films. With normal movies the auto backlight system, while undeniably crude, is effective enough, and actually rather cleverer than similar systems on other really cheap TVs. In fact, many ultra-budget TVs don’t even have dynamic backlight systems at all!

The Finlux 46S6030-T even manages to outperform expectations with its sound, which can go louder without nasty distortions than almost any other budget TV we can think of, and manages to deliver a quite open mid-range that ensures voices always sound clear and believable. There’s no earth-shattering amount of bass to be heard, but this is true also of many flat TVs that cost vastly more than £560. 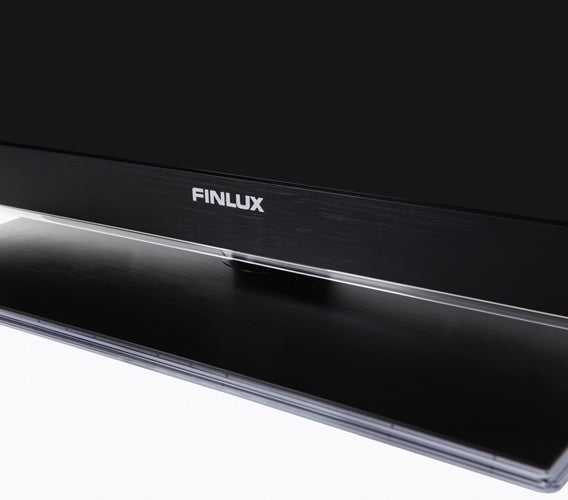 We do unfortunately have to finish on a negative note, as the Finlux 46S6030-T turns in a disappointing input lag measurement of 100ms – easily enough to negatively impact your gaming skills when playing fast reaction games. But this issue will not, of course, be a problem for everyone.

Verdict
Now that a recent price reduction has brought the Finlux 46S6030-T down to just £560, we have no hesitation in making it the first Finlux TV to earn an overall Trusted Reviews score of 8. Inevitably its pictures aren’t perfect, and you don’t get fancy stuff like Smart TV or 3D functionality. But Finlux’s set still performs overall better than you have any right whatsoever to expect of a 46in TV that costs so little.