Finlux TVs are like buses, it seems. You wait years for one, and then three come along at once. The first two of these Finlux, um, buses, the 55S6040-M and the 32H503, have both proved actually a bit better than we’d frankly expected them to be. But they stuck to 2D. The 42F7010 in front of us today has a stab at 3D.

This has to be considered a brave move, to be honest, given that budget attempts at 3D have tended to come a bit of a cropper. Let’s hope the bravery doesn’t start to look like foolishness once our testing is done.

The home for Finlux’s 3D debutante is rather run of the mill aesthetically. It’s essentially just a plasticky black frame sat on top of a pre-attached plasticky black base. Finlux has tried to liven things up by piling on the gloss for both the bezel and the stand, but actually this extreme gloss ultimately just makes the TV look even more cheap. Barak Obama’s infamous ‘lipstick on a pig’ analogy comes to mind… 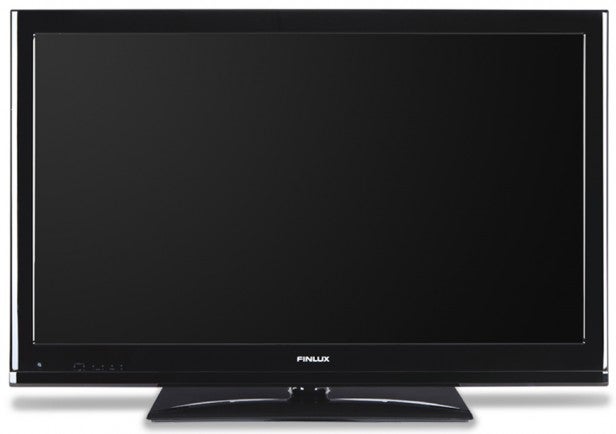 The 42F7010 does start to go up in our estimation, though, when we run our eye over its connections. Particularly surprising is the set’s combination of four HDMIs – three on the rear, one on the side – with a pair of USBs. The HDMIs can, of course, receive full HD 3D signals from 3D Blu-ray players, while the USBs can either play back film, music and photo files, or record video to USB HDDs from the integrated digital tuner. Impressive.

Rather less impressive is the fact that this digital tuner only receives standard definition Freeview broadcasts. We guess this is a cost-cutting measure, but while we felt able to tolerate the same situation on a big screen like the 55in 55S6040-M, which we could imagine being bought simply as an affordable monitor to go with a separate tuner/home cinema system, not having Freeview HD seems tougher to take on the 42in 42F7010, which we would imagine being more likely to be used as a straight TV rather than a monitor.

One last point about the connections we should cover before moving on is that many of them face directly out of the TV’s rear – a potential headache for anyone thinking of hanging a 42F7010 on a wall. Though to be honest, the rather huge depth of the 42F7010 probably makes wall hanging it a non-starter anyway. 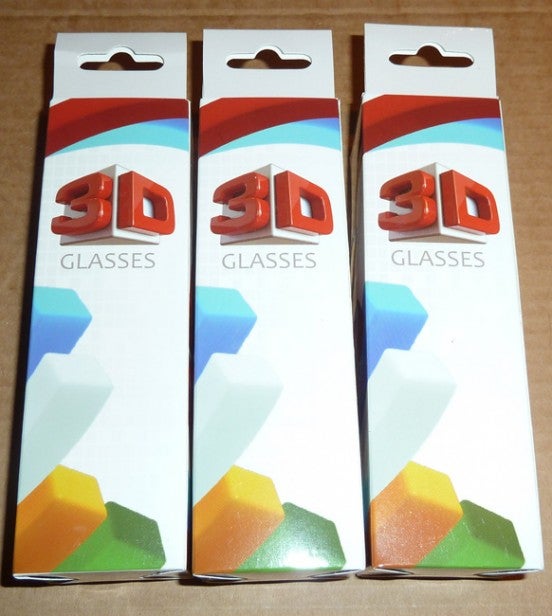 Probably the most concerning competition for the 42F7010 is the Toshiba 42VL863, another passive TV with a very solid performance that can at the time of writing be had for under £550. Still, the 42F7010 does its damndest to underline its value credentials by currently shipping with no less than eight pairs of passive 3D glasses.

The panel at the 42F7010’s heart is a full HD affair, driven by edge LED lighting. It’s got a dynamic contrast system and claims a respectable ‘native’ contrast ratio of around 1400:1.

There doesn’t seem to be any heavy duty processing going on to boost motion reproduction, but the set does, slightly surprisingly, have 2D to 3D conversion for those of you who just can’t get enough 3D content from genuine 3D sources.

Picture adjustments within the set’s passably presented menus aren’t particularly extensive. But there are a few things of note, including separate dynamic contrast and backlight controls, a variable noise reduction routine, a selection of picture presets, a simple colour shift bar that allows you to influence the balance of the image’s red and green elements, and finally a True Black setting for the HDMI inputs that really does boost the image’s black level response. 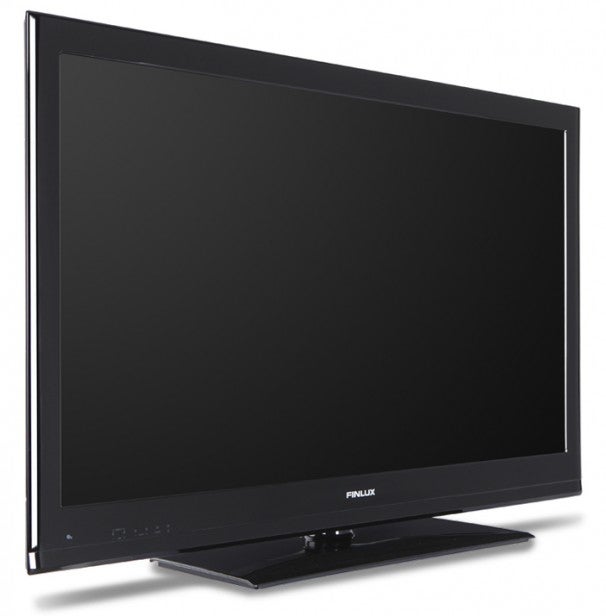 It’s probably a good job there aren’t too many tweaks to get your teeth into with the 42F7010, for the remote Finlux provides with the set really isn’t helpful at all. It looks very impressive, with its exceptional length, surprisingly glossy finish and spacious button layout. Our eye was caught, too, by a startling bulge near its centre upon which are mounted the ‘OK’ and up/down/left/right navigation controls. Emphasising such key buttons seems a great move on paper. But unfortunately actually trying to use the buttons on the bulge proves a rather unpleasant experience, especially when it comes to the ‘pinching’ left and right arrows.

Starting the evaluation stage of this review with 3D, the 42F7010 impresses and disappoints all at the same time. On the upside, pictures are extremely dynamic – colourful and bright. In fact, colours look more natural in 3D mode than they do in 2D mode, to be honest.

As well as proving that the panel has the core brightness to handle 3D and its glasses,  the punchiness of the 42F7010’s 3D pictures also means you can fully appreciate passive 3D’s advantage of not suffering with the flickering effect you can get with active 3D systems.

Perhaps the most surprising plus point of the 42F7010’s 3D images given the TV’s relative affordability is how sharp 3D Blu-rays are capable of looking. Sure, you can see some slight jaggedness to bright contoured edges and occasionally horizontal line structure over some parts of 3D images, but such moments are rare and seldom distracting. This underlines thoughts raised in previous 3D TV reviews that passive 3D works particularly well on relatively small screens like this 42in one. 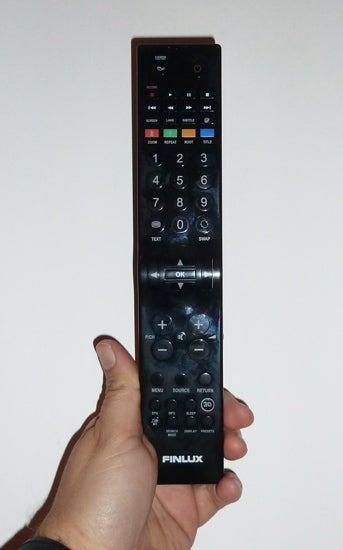 The disappointments with the 42F7010’s 3D efforts concern crosstalk and motion handling. Proponents of passive 3D always like to suggest that it’s a ‘crosstalk-free’ experience, but you don’t have to be an experienced TV reviewer to clearly and routinely see sometimes quite overt amounts of the familiar double ghosting noise around objects in the middle and far distance.

This issue goes into overdrive if you try and watch from a vertical viewing angle of more than around 12 degrees above or below the screen. But that’s true of all other passive 3D TVs too. It’s the crosstalk visible even from a ‘correct’ viewing position that bothers us – and underlines our growing belief that passive 3D is only crosstalk-free if the panel at the TV’s heart is of a pretty good quality, especially where native response time is concerned.

When it comes to motion, the 42F7010 suffers quite a lot with judder when viewing 3D. This is especially apparent during camera pans, but it can also be seen when objects pass across the screen at any sort of speed. This again isn’t an uncommon phenomenon with 3D TVs, but it its particularly aggressive on the 42F7010, causing 3D pictures to lose their sense of crispness and making them look a bit unnatural and thus distracting.

Overall, probably the best single word to describe the 42F7010 is ‘frustrating’. For when it’s at its best it’s immersive and great – but just a few seconds later it can throw out one of its distracting problems and pull you out of the film again.

One final smaller problem with 3D is that some dark scenes look a bit noisy on the 42F7010. But this isn’t a major deal at all.

The 42F7010 is a similarly mixed performer in 2D mode. Kicking off again with the good stuff, its pictures continue to look surprisingly bright and vibrant for a relatively cheap TV. What’s more, this is achieved while the set retains an at least halfway-decent black level response. In fact, black colours look way deeper than the budget norm if you call in the True Black mode for the HDMI inputs – though be prepared for this mode to also cause a bit of shadow detail to be crushed out of dark scenes. 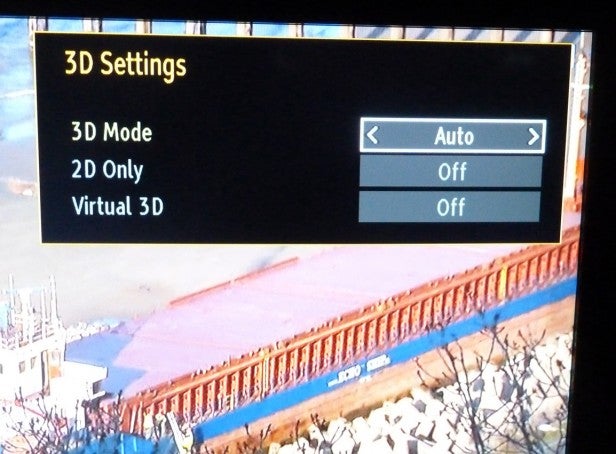 Motion is more engaging in 2D too, with less judder and less resolution loss/blurring than might have been expected. There’s certainly SOME resolution loss going on, but it’s relaxed enough that you kind of become attuned to it rather than always feeling distracted by it.

This decent motion performance pays dividends, too, when it comes to the sharpness of HD footage on the 42F7010. Sure, you can get more clarity and detail still with premium sets from more established brands, but for its money this Finlux’s HD images are really pretty clean.

The same sadly cannot be said of its standard definition images. For as is so often the case with budget screens, the upscaling engine in the TV is rather average, causing standard definition pictures – at least those from the integrated tuner – to look both distractingly noisy and rather soft.

Colours tend to lose naturalism in standard def mode too. In fact, the set’s colour palette tends to look a bit unbalanced and overcooked even in HD mode, with colours actually looking more natural, as suggested earlier, when it’s toned down a touch by the donning of 3D glasses.

The set’s viewing angle before contrast and colour plummet is extremely limited meanwhile, and dark scenes reveal slight signs of light inconsistency. Thankfully, though, this favours the ‘large and subtle’ patches of inconsistency approach rather than suffering the more distracting – and common – scenario whereby edge LED TVs can show up numerous small but very defined patches of backlight inconsistency.

Finally, as noted during 3D viewing, HD images sometimes look a touch noisier than we’d like them too, especially over dark parts of the picture. 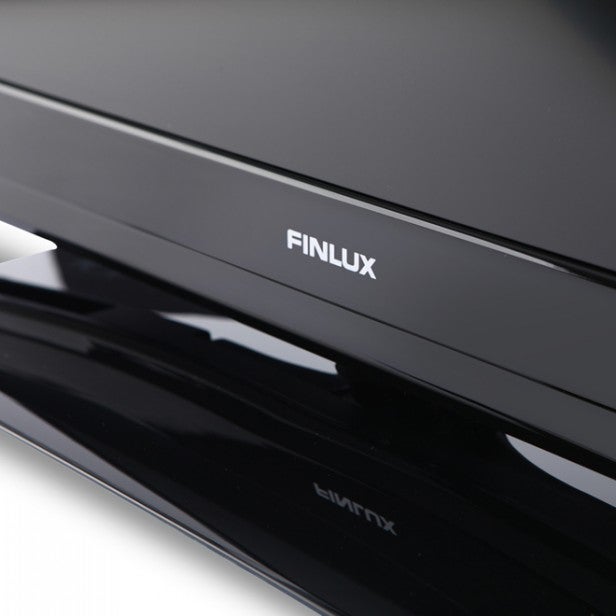 Next we tested the 42F7010 for something very close to gamers’ hearts: image lag. We didn’t expect much good news here given that the LG passive 3D panels around which the 42F7010 is built are notorious for causing considerable delays between a source image arriving at its inputs and finally appearing on the screen. And sadly the 42F7010 lived down to our expectations. In fact, it measured consistently more than 130ms of lag, which is one of the highest figures we’ve seen – and certainly enough to severely damage your gaming performance.

When it comes to the audio accompanying the 42F7010’s mixed pictures, it’s par for the course. There’s a familiar lack of bass, and trebles can become harsh during action scenes. But to be fair, there’s nothing truly horrible going on beyond what you’d expect with almost any budget flat TV.

Verdict
The 42F7010 broadly continues the theme of Finlux’s other TVs this year by being better than expected without managing to enter ‘must buy’ territory.

Having said that, the 42F7010’s colour performance in 2D mode and motion/crosstalk problems with 3D both generate more distracting moments than we experienced with either of the other Finlux TVs we’ve looked at. So for that reason we haven’t felt able to give it quite so high an overall mark.