The 40F8073-T is a 40-inch LCD TV with LED lighting, and as you would expect given its Finlux branding, it’s remarkably affordable: just £320 at the time of writing. This price is especially impressive considering that the set has built-in Smart TV features and a Freeview HD tuner. So what’s the catch? It turns out there aren’t too many. 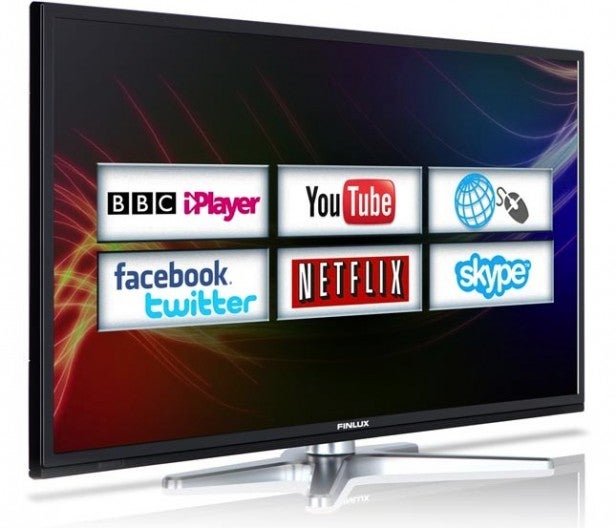 For the most part the 40F8073-T looks exactly like the budget TV it is. Its frame is made from a pretty uninspiring black plastic, it’s slightly wider than that of most modern flat TVs, and its only attempt at style is a little centimetre wide ‘grooved’ section of plastic running along the bottom edge. Even the cross-shaped silver stand looks a bit cheap.

There’s also Wi-Fi, but only if you plug in a provided USB wi-fi dongle. However, the sensitivity/receptive powers of this dongle didn’t seem the best during our tests, so you’d be advised to hardwire the Finlux 40F8073-T to your router if at all possible.

The network connections are not just there as mandatory support for the set’s integrated Freeview HD tuner. Remarkably for a £320 40-inch LCD TV they also give you access to Finlux’s Smart TV service. Not surprisingly this is pretty lightweight in content terms versus the smart platforms you get with some of the latest big-name TVs; your useful options are limited to Netflix, YouTube, BBC iPlayer, Twitter, Facebook, ITN, iConcerts, tunein.radio, accuweather, Flickr, Viewster, Joomeo, Daily Motion, Playjam, a web browser and Skype — and the latter feature is only available if you add an optional USB camera.

Still, we’d be inclined to argue that any online content at all is a bonus on such a cheap TV, and the smart interface is quite attractive in a no-fuss kind of way. Particularly welcome is the way a reduced version of what you were watching continues to play in the corner while you browse the apps.

Aside from managing to cling to a full HD native resolution, the Finlux 40F8073-T’s screen specifications are predictably basic. It’s a 50Hz model only, with no motion processing tools. There are one or two handy tweaks tucked away in its surprisingly well presented onscreen menus, though, including a multi-tiered noise reduction circuit, an auto backlight option, a dynamic contrast system that adjusts the image’s luminance based on the content being shown, a colour temp adjustment, skin tone and colour shift ‘sliding bar’ adjusters, and even the option to tweak the gain of the red, green and blue colour elements.

The last things to note in this section are that the TV doesn’t support DLNA file streaming, but it does support playback of video, photo and music files from USB storage devices, as well as timeshifting from the tuner to USB HDD. 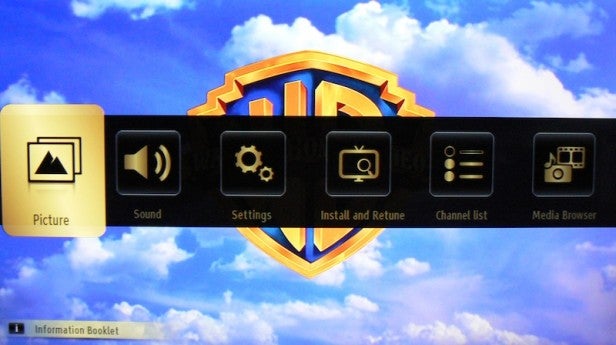 The 40F8073-T is fairly straightforward to set up, partly thanks to its no-fuss and cleanly presented menus but also because the set isn’t as overburdened with features as many that come our way these days.

Among the few recommendations worth making here are that you turn the set’s eco features off, and that you reduce the contrast and sharpness settings to around their 45 and 10 levels respectively. This greatly reduces the rather noisy look to pictures you see using the set’s preset values.

As a side bar to this point, don’t feel tempted to try and fight the noise by calling in the set’s noise reduction system, for this only results in pictures looking blurred and laggy.

The final tip we’d give is that you set the backlight to its Low position for watching films in a dark room, but use the medium setting for daylight TV viewing.