The 32HME249S-T isn’t a complete disaster in picture terms, but it’s also not in any way special.

My main issue with the screen is its lack of native contrast. Finlux’s set really isn’t capable of reproducing anything even close to a true black colour during dark scenes, instead defaulting to a distinct and distracting grey.

You can reduce the sense of greyness a little by ramping down the backlight setting and ramping up the Dynamic Contrast, but the former option takes so much luminance out of the image that it leaves dark scenes looking practically devoid of content, while the latter option causes the backlight adjustments to be far too dramatic and frenetic. With it on you’ll notice sudden shifts in the image’s overall brightness more than what’s happening in the TV show or film you’re watching. 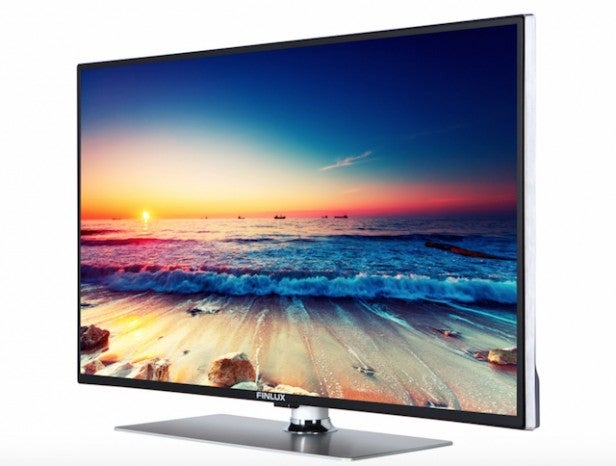 Dark areas of the picture look pretty hollow and crushed even with the backlight and dynamic contrast features optimised to give the best balance between black level response and shadow detail. This means that more often than not the only thing you can really see during very dark scenes is a grey wash.

The screen is also prone to backlight clouding issues in its corners. My test sample showed a faint but fairly constant stripe of extra greyness down the left side. To make things worse, whenever the backlight tried to render a shot containing a very bright object in the middle of a predominantly dark background a yellowish ‘glow’ in all four of the image’s corners appeared. This clouding is less obvious in a bright room – but then if you’re watching in a bright room you’ll also likely be struck by the 32HME249S-T’s lack of brightness.

The 32HME249S-T’s lack of native black level response impacts its colours to an extent too, leaving tones during dark scenes looking a little flat and unnatural. There is at least a decent degree of blend and tone subtlety with the 32HME249S-T’s colours, though, that doesn’t completely disappear during low-lit content, and during bright scenes there’s a genuinely likable mix of punch and balance. Tones look more natural and video-friendly during bright scenes than I sometimes see with budget TVs too. 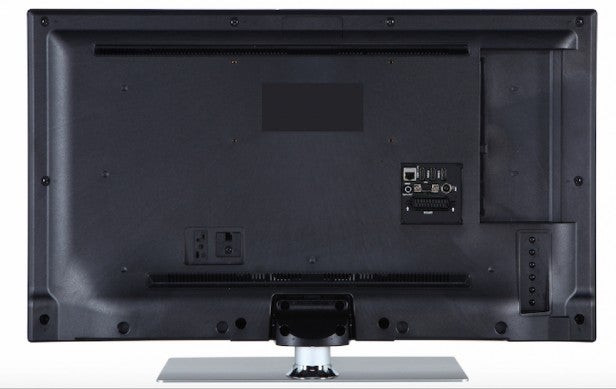 The set is also decently sharp with HD footage. Images still look HD despite the downscaling required to convert 1920×1080 sources to the 32HME249S-T’s 1366×768 pixel count, and there’s no overt noise – even over areas of small detail – that might be attributed to the scaling process.

It helps the sense of sharpness, too, that despite not carrying any motion processing the 32HME249S-T manages to avoid the smeary look over moving objects budget TVs tend to suffer with. Sure, there’s a degree of resolution loss over moving objects, and fine lines – like the text of Ron’s Hogwarts map in the final Harry Potter film – can glow a little if they’re moving within the frame. But with judder also well controlled, the 32HME249S-T really doesn’t handle motion badly for such a cheap TV.