The main attraction of Finlux’s latest 32-inch 32HME249S-T LCD television is its low £199.99 price. For this paltry sum you don’t just get a screen and tuner; the set also carries some smart features and USB ports that support both multimedia playback and recording from the built-in Freeview HD tuner. So where’s the catch?

There’s no denying the TV has a rather plasticky build, but so long as you don’t look too closely at it, the 32HME249S-T is more attractive than you might expect. The frame is slim and has an appealingly minimalistic feel. The silver foot pedestal wouldn’t look out of place on a much more expensive set. The TV can even rotate on the stand’s neck, which is a helpful touch for a set likely to be finding a home in a casual environment, like a kitchen or conservatory.

Connectivity is better than expected too. Three v1.4 HDMIs support playback of high definition sources, plus there’s a D-Sub PC port, and built-in Wi-Fi for accessing your network and the Internet.

The network connections support both streaming of multimedia files from networked DLNA-capable devices and access  to Finlux’s online services. Those that wish to can also access the wider Web via a built-in browser.

Among the online apps available are Netflix, BBC iPlayer, BBC News, YouTube and Twitter. The selection is hardly comprehensive by today’s standards, but then arguably getting any smart features at all is a bonus on a £200 32-inch TV. 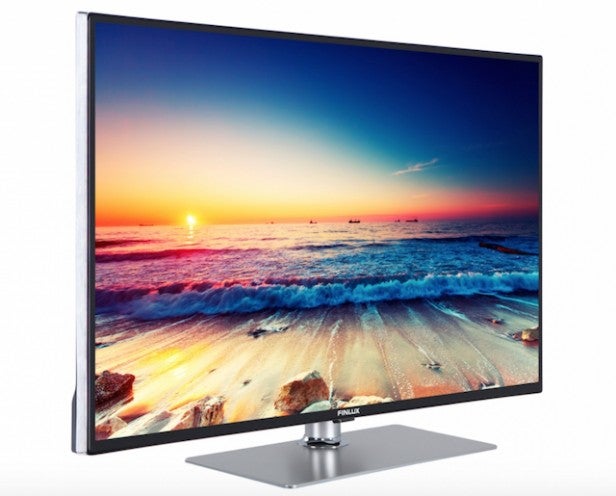 The 32HME249S-T’s pictures are delivered by an edge LED lighting system, and not surprisingly for the TV’s money they use just the standard 50Hz refresh rate – though this might turn out to be a blessing rather than a curse as using motion processing on cheap TVs is often a pretty unpleasant experience.

More of a problem, potentially, is the fact that the 32HME249S-T is not a full HD TV. Its 1366×768 resolution is certainly a bit of a shock in these days where I’m becoming increasingly accustomed to testing 4K TVs. Don’t forget that pretty much every HD source these days uses a 1920×1080 resolution, so the 32HME249S-T will have to ‘downscale’ those sources to its lower resolution, resulting in potential processing issues.

Final little bits and bobs worth mentioning are support from the 32HME249S-T’s 2 x 6W audio system for DTS TruSurround HD, but no support for 3D playback.

Considering how cheap it is, the 32HME249S-T is reasonably well stocked with picture adjustments. There are simple sliding bars for adjusting both skin tones and the overall colour ‘shift’ (from red at one end to green at the other), and you can adjust the gain values of the red, green and blue colour components.

You can also select three ‘strength’ options for a dynamic contrast system that adjusts the image’s light levels in response to the content being shown, plus on a more basic level there are a trio of settings for the screen’s backlight and a fairly basic noise reduction system. 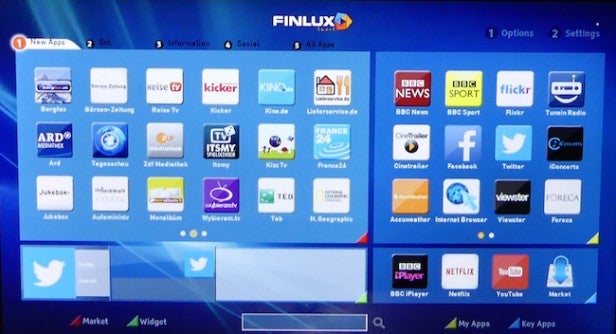 Overall, after much toing and froing, I settled on the TV’s Natural preset as the best image tweaking starting point for TV and movie viewing. I got the best results with the Backlight set to Auto, the Dynamic Contrast mode set to low, the colour temperature set to normal, and the noise reduction set to off. Not many of the other adjustments really make much useful difference and the Cinema mode felt too flat.