This 32-inch 720p TV/DVD combi can be bought for just £180. Despite its low price it features multi-region DVD support and even PVR functionality when paired with a USB stick.

This test comes hot on the heels of our recent review of Samsung’s all-singing, all-dancing, £4,000 65-inch UHD and HDR TV, the Samsung UE65JS9000. Fortunately we’re used to such televisual extremes, so we promise we won’t let the lustre of HDR and UHD blind us to the Finlux 32HBD274B-NC’s potential budget charms.

Finlux might well point to the fact that there’s a DVD player built into the 32HBD274B’s right rear side as explanation for its rear bulk. Unfortunately, though, we’ve recently tested another combi TV, the Linsar X24-DVD, which managed to include a perfectly serviceable DVD drive while still looking trim. So what we’re left with is the suspicion that the 32HBD274B-NC’s bulk is merely down to it using a fairly old-school chassis design. 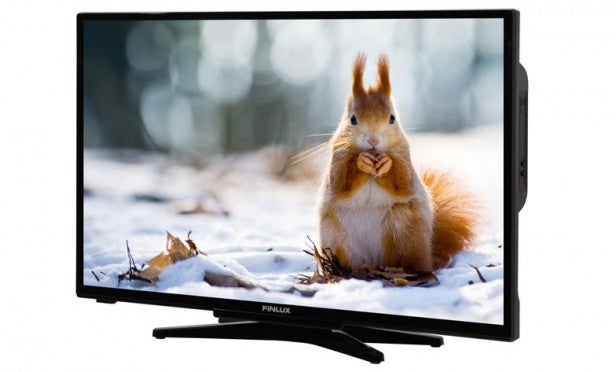 Which is, of course, 100 per cent fine given how cheap the set is – so long as the old-school approach doesn’t also apply too painfully to its picture and sound quality.

Running our eye over the 32HBD274B’s ample rear uncovers a fairly basic connection count. Joining the tuner RF jack are two HDMIs, a single USB port, a Scart socket, a VGA PC input – enabling it to double up as a computer monitor – and a headphone jack and a coaxial digital audio output.

The USB supports playback of video, photo and music files. Impressively, given how little this Finlux TV costs, you can also use it for recording TV shows from the integrated Freeview tuner. Note, though, that the USB multimedia abilities are not backed up by DLNA streaming. In fact there’s no network connectivity at all.

The 32HBD274B’s ultra-low price comes with a couple of other strings attached, too. First, the Freeview tuner is not an HD one. Second, the screen’s resolution tops out at 720 lines rather than the full HD 1920×1080 we’ve become accustomed to finding on almost all TVs nowadays. 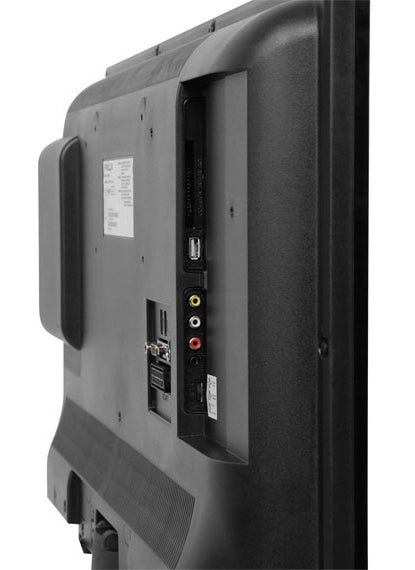 Neither of these limitations should be a deal-breaker on such a cheap, convenience-focused TV, though. Especially when the 32HBD274B has an unexpected bonus up its sleeve: multi-region support from its DVD player! We’re not entirely sure how legal this is, and we’re also not sure that many people only spending £130 on a 32-inch TV will be sufficiently AV-obsessed to care about being able to play DVDs from different regions around the world. But we can’t help but admire any player that so openly puts two fingers up at what’s always struck us as one of the electronic industry’s dumbest limitations.

Surprisingly, given its cheapness, the 32HBD274 isn’t completely devoid of picture tuning features: three levels of noise reduction are available; the backlight can be adjusted to any of three levels or an auto mode; there are sliders for skin tones and red/green colour balance; and there’s even a degree of colour management in that you can adjust the red, green and blue gain levels. 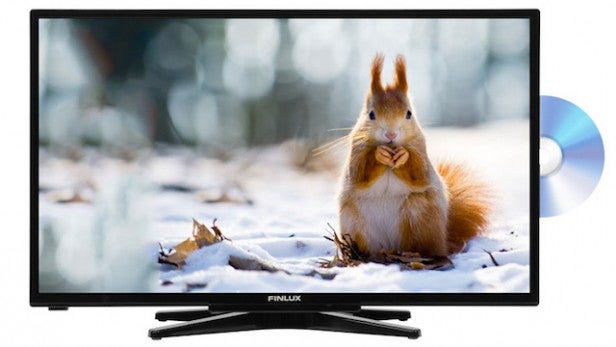 It’s good to see, too, that there’s a dynamic contrast system with which the TV can continually analyse incoming video and adjust the screen’s image characteristics accordingly.

Our main tips for set up are: use the Natural preset (or at least avoid the Dynamic preset like the plague); turn off the noise reduction features, especially when watching HD through one of the HDMIs; leave the backlight adjustment set to Auto; set the Dynamic Contrast to Low; and nudge the skin tone down a level or two from its out-of-the-box mid point.