As ever with a Finlux TV, the 32F7020-T is a budget model – a 32-inch LED-backlit TV that costs just £280 to be precise. Yet this doesn’t mean, as you might expect, that the 32F7020-T is an absolute ‘back to basics’ proposition. In fact, its feature set includes 3D, a Freeview HD tuner and built-in USB tuner recording. As if the price-to-features equation wasn’t already looking peachy enough, Finlux has put a thick layer of icing on the cake by providing an impressive four pairs of free 3D glasses with its budget set.

The 32F7020-T rather looks its price aesthetically, however. Its frame is much bulkier than those of most modern TVs, and while its black finish is very glossy, the build-quality underneath is pretty plasticky. 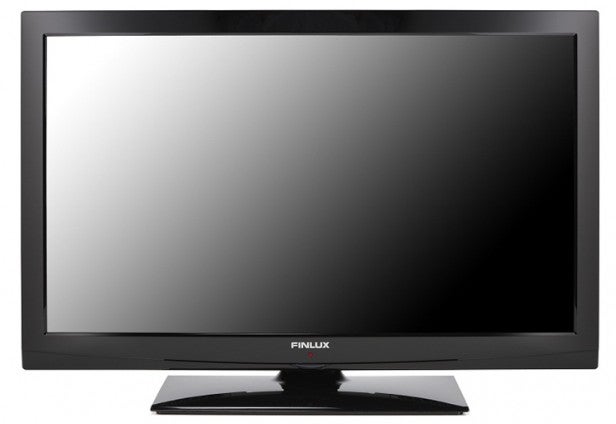 It’s unlikely that many people will feel inclined to wall-hang such a chunky and small-screened TV – which is just as well, really, as many of its connections face straight out of the TV’s rear, and would thus require major ‘digging out’ of connection space and cable runs if you were wanting to wall-hang the set.

While we might not like the connections’ orientation, though, they are surprisingly prodigious. Particularly surprising on such a cheap TV is the presence of four HDMI inputs when really we’d only have expected two – maybe three if we were lucky. There’s also a USB port to support the aforementioned built-in recording feature, or for playing back film, photo and music files from USB storage drives.

There’s even a LAN port, which initially got us excited about potential DLNA streaming support and online content. Unfortunately, though, neither of these features is in fact offered by the 32F7020-T. The LAN jack is merely provided as mandatory – and currently pointless – support for the built-in Freeview HD tuner. A tuner which, though, is pleasing to find in such an ultra-cheap TV. 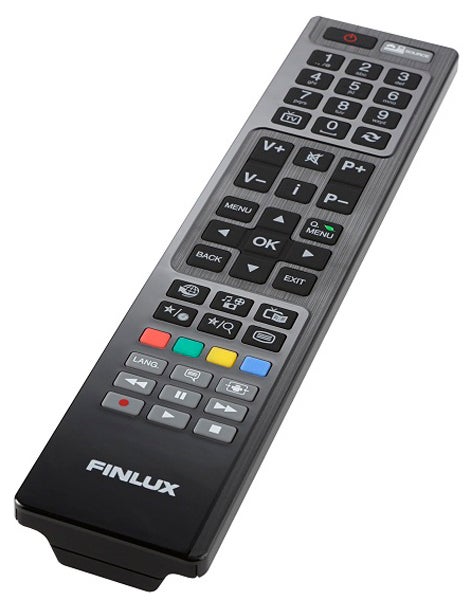 Heading into the 32F7020-T’s menus via Finlux’s surprisingly effective remote control uncovers slightly more features than might have been expected for the set’s money. Among the more unusual – but certainly welcome – options are adjustments for the gain of the red, green and blue colour elements, a simple red-to-green sliding colour shift bar, a -5-to- 5 skin tone adjuster, and a (only marginally useful) black booster for the HDMI inputs.

There are also separate dynamic backlight and contrast modes and a noise reduction system, though we’d recommend that you only use the first two of this feature trio on their lowest strength modes, and avoid the latter altogether (especially if you’re watching HD).

Finlux TVs we’ve seen to date have been a fairly bewildering mix of the surprisingly good and the highly average. So we really have no clue to expect from the 32F7020-T as we settle down to see what it can do.

Used as the main TV for the review period
Tested for more than a week
Tested using industry calibrated tools, discs and with real world use
Tested with broadcast content (HD/SD), video streams and demo discs
Next
Performance Review