Sadly, the good people at Square Enix have only got this masterplan about half right. Final Fantasy Explorers is a streamlined action RPG in the Monster Hunter mould, more accessible than the real deal and with plenty of stuff that hardcore FF fans will go bonkers for. It’s got some interesting game mechanics and slick co-op play, and some of the more tiresome parts of monster hunting have been smoothed over. However, along the way the team seems to have missed what makes Monster Hunter so successful, then settled for some rather generic, repetitive adventuring. There’s the germ of a good idea here, but it’s neither Final Fantasy nor Monster Hunter enough to satisfy. 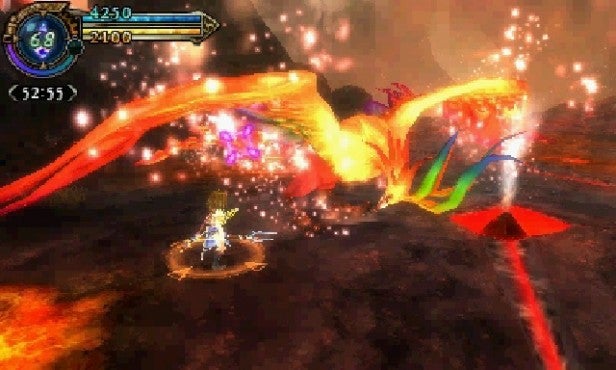 Create your hero from a set of vaguely classic Final Fantasy types and spikey hairstyles, and they soon rock up in the small port town of Libertas, gateway to an island of magical crystals and marauding monsters. Your mission is to gather the mysterious powers of the former and use it to wipe out the latter, though the focus is very much on the monster-bashing part.

Don’t worry: Final Fantasy Explorers isn’t just another Monster Hunter clone. True, the missions generally task you with visiting area x and slaughtering a set number of monster y or – once you’re ready – finding and slaying a specific boss monster, but the way you go about it is different. While scavenging resources and crafting new weapons still has a part to play, there’s less detail in the gathering of bone, ore and carapace and the crafting of it into new arms and armour, and less need to learn the range and timing of the different weapon types. Instead, FF Explorers is really all about jobs and abilities. 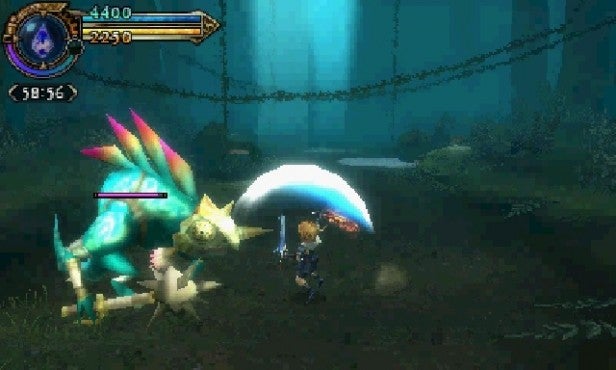 By default, you only have a simple, quick attack, but squeeze the left or right bumper and you can access one of eight hand-picked abilities, some magical, some physical, and some related to your current job and weapon. While some abilities are defensive or of use in a supportive role, they also provide you with your most damaging attacks. Chain these abilities together and you start building up something called resonance. Get enough, and you can squeeze both bumpers simultaneously and select one of up to four crystal surges. These alter and supercharge your abilities, giving you new variations that mix elemental powers and perks in for additional effect.

Now, here’s the really cool thing. Return to town from another successful mission and you can use the experience points you’ve earned in combat to learn new abilities, but as well as the basic abilities you can learn advanced abilities based on those you found while a crystal surge was activated. Thus the crystal surges don’t just help you out in your current battle, but have the potential to make you stronger when you next ship out. 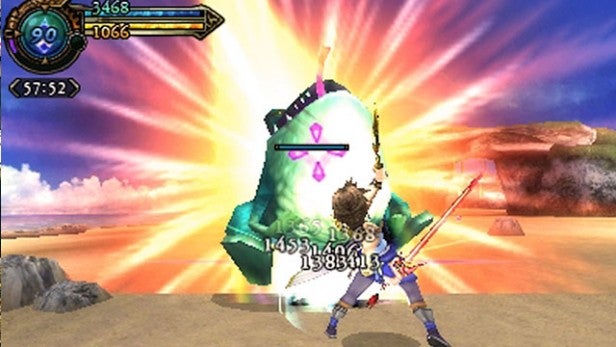 It’s this system that gives FF Explorers what weight and addictive qualities it has. There’s something fun and a little compelling about unlocking a new bunch of abilities, assigning them, then heading out into the field to take on something new. Weapon and armour upgrades also help, while the game’s happy to let you switch jobs for a little variety, allowing you to swap from a tank character, like the knight, to a damage-dealing dark wizard or monk, and then to a thief or ranger. Not all of your abilities will be effective or your equipment available, but you can transfer some over and see the action from a slightly different angle.

What’s more, solo players get an added hook on top of that: the ability to gather the essence from some downed monsters and create your own monstrous allies, who will wander after you displaying pitifully poor navigational skills, but can be handy in a good old face-to-face barney. You can even fuse them with other monsters and materials to up their level or give them certain perks. 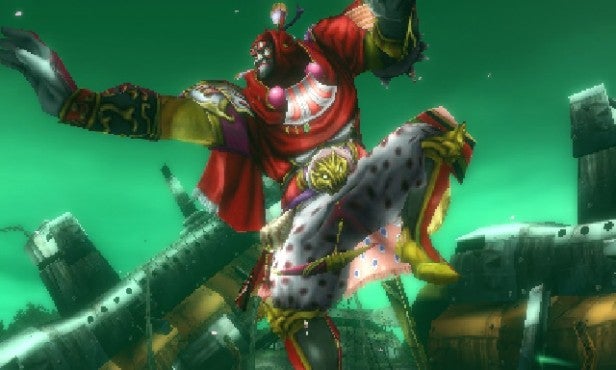 All this is great, and it has to be said that the gentle learning curve and streamlined combat make for a game that’s quite accessible to all. The team has even avoided some of the more onerous aspects of Monster Hunter, quickly opening up an airship to transport you close to your next target – helping you skip large chunks of backtracking, and removing any need to bring objects back to a chest to finish an objective.

But here’s the thing: like many Monster Hunter clones, FF Explorers soon becomes a grind. You’’ll keep going back to the same rather dull, generic areas, battling the same spectacularly dumb, generic monsters and collecting the same materials. There’s no sense of any underlying story, or any experience of exploration or adventure. You can spice things up a little by adding subquests to your main mission (for example, killing so many monsters or activating a specific crystal surge) or even conditions (such as lower time limits or weaker weapons). All the same, expect to get sick of certain areas and baddies. 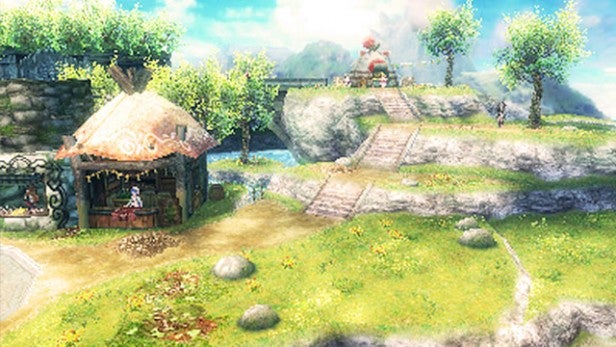 Monster Hunter builds character from its cooking, crafting, sharpening, mining activities, not to mention the tense monster encounters where timing and strategy are all important. FF Explorers doesn’t have that kind of character and its combat soon feels uninspired, repetitive and lazy. The real skill is in choosing and developing your capabilities. Once you have them, you can just wade in and mash away. The bosses are an exception, thanks to scripted combat patterns and a more interesting set of abilities, but once you’ve fought them once, do you really want to keep fighting them again? Well, tough. You’re going to have to.

Finally, while Square-Enix has thrown a little cash at intro sequences and the odd cinematic, this is not one of its stronger looking titles. We all know that the 3DS is no graphics powerhouse, but take a look at what Capcom pulled off with Monster Hunter 4 Ultimate or Nintendo with Fire Emblem: Awakening and Pokemon X and Y. working around the limitations of the hardware to produce convincing, immersive and even quite beautiful worlds. It’s not that Square-Enix can’t pull off the same trick – witness the upcoming Bravely Second: End Layer – but FF Explorers often looks low-fi, blotch and unpolished, without the striking art direction that usually typifies a Final Fantasy game. 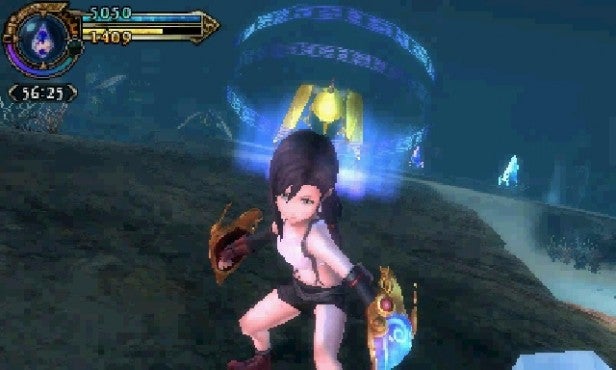 FF Explorers does have two saving graces. The first – for Final Fantasy fans – will be all the Final Fantasy goodness it brings in. Nobody cares about bashing another basilisk, but taking on such legendary summons as the Ifrit or Shiva is a different story, particularly once the game gives you a means of harnessing their power, post-defeat. Similarly, it’s hard to get too enthusiastic about collecting another generic suit of armour, but easy to get excited about collecting enough rare materials to make your own Sephiroth or Yuna costume.

And the second? it works much better as a co-op game. You can form a four-player party either co-op or online, and simply having company makes the game more fun, giving you a chance to explore the jobs system and take on classic MMO tank, damage dealer or support roles. Square-Enix has done a cracking job of making both the online and local co-op accessible, and teaming up may become a necessity for some of the more gruelling later boss missions, though you can comfortable solo the first half of the game. 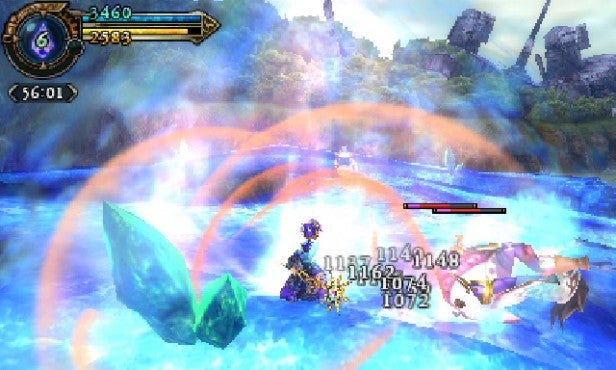 For these two reasons, serious Final Fantasy afficianadoes might want to add a point to the score above and give Final Fantasy Explorers a go. For the rest of us, however – those who want more from a game than a few hooks and some half-decent fan service – FF Explorers has less to offer. You’d be better off playing Monster Hunter 4 or a fully-baked 3DS RPG than this unsatisfying hybrid.

Verdict
Final Fantasy Explorers isn’t short on hooks or good ideas, but it’s too repetitive and grindy an experience while lacking Monster Hunter’s character and depth. Fans of the saga will love the chance to tackle favourite summons or dress their Avatar like the series’ best-loved heroes, but for most players the allure will wear off all too soon.