Final Fantasy 8 Remastered is a patchy but ultimately solid port of a classic JRPG. If you haven't played it before, you’ve no excuse not to become acquainted with the world of FF8, even if the game is at times hard to look at on a 16:9 display.

I’m reviewing the Nintendo Switch version – but, technically, there’s little difference between various versions of Final Fantasy 8 Remastered between platforms. Only the PC version throws in a few extra cheats, which will see you able to max out character stats and money. PC gamers need more help, I guess.

New changes that come to the table on all platforms include fresh character and summon sprites, as well as improved animations. Key additions include a 3x speed boost, which sees you able to blitz through the many random encounters, and the option to turn them off entirely once you’re done with grinding.

Aside from these tweaks, Final Fantasy 8 Remastered is the classic you fell in love with all those years ago. The same great Nobuo Uematsu soundtrack plonks and trills away, the Junction system offers plenty of party customisation, and the Triple Triad in-game card-trading mechanism is still plenty of fun (why hasn’t Square Enix made an official mobile version of this?!).

The story – concerning memory loss, estranged parents, vague and unrequited love triangles, and, naturally, the fate of the universe – is the same as it ever was, and the script has aged well. 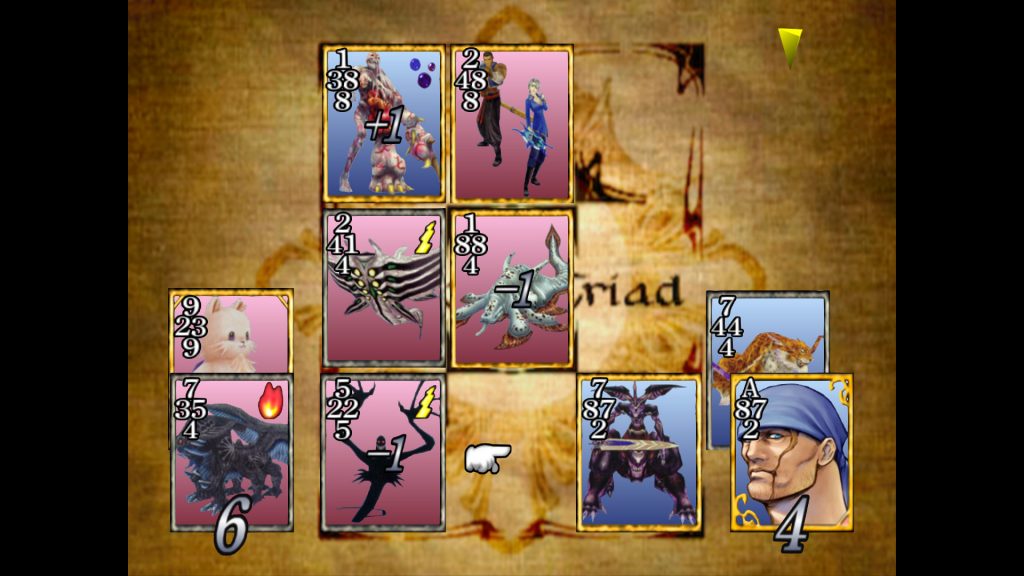 Triple Triad remains an addictive distraction in the world of FF8

For the most part, the changes are very welcome. The main character sprites look razor-sharp. Squall, in all his angsty glory, looks particularly good, to the point where he resembles an actual human person. In the original game, Squall’s floppy emo fringe was often indistinguishable from his facial scar, making him look more ridiculous than intended. Likewise, Zell’s tattoo now actually looks like a tattoo, as opposed to a low-resolution ampersand.

I appreciate that some people are upset about some of the character redesigns, specifically those of Rinoa and Siren, who are now rendered a little more modestly than they were in the original edition. Without wanting to provoke further outrage, I’d kindly suggest that anyone likely to be offended by such sacrilege temporarily step away from the internet and think on their priorities and general worldview. 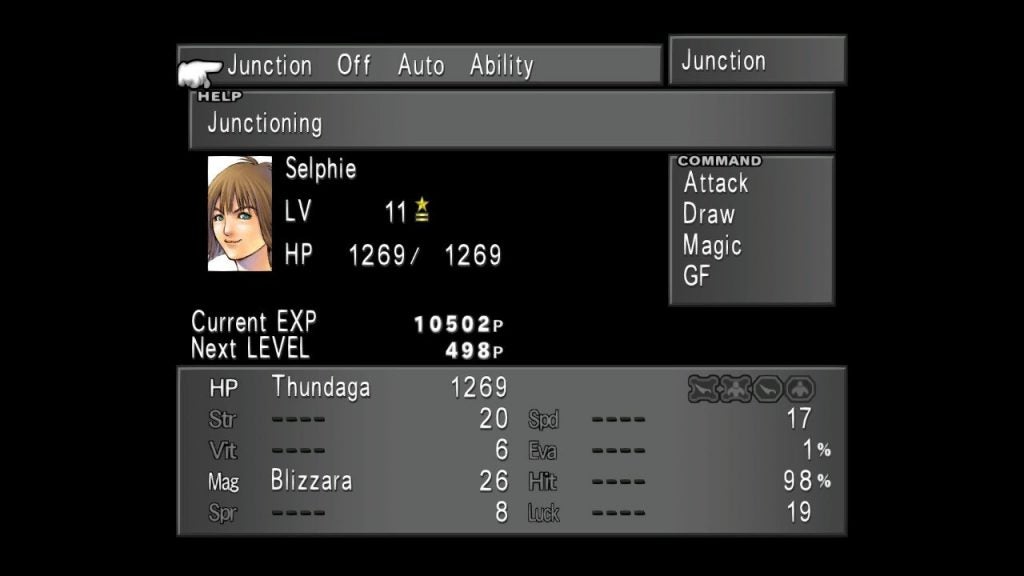 The most valuable change to Final Fantasy 8 Remastered is the 3x speed boost function. It took me a while to fall into familiar combat patterns, but once I was good to go, the benefits this feature brings are obvious. Like a lot of JRPGs, if you put the hours in and grind up  your party members early on, later stages of the game become far easier, freeing you up to become engrossed in the narrative.

Where Final Fantasy 8 Remastered falls down is where Square Enix and co-developers Dotemu and Access Games haven’t enhanced the source material (or perhaps haven’t been able to). Sprites have been given some welcome spit and polish, but the environments they inhabit have not. The original PS1 pre-rendered backgrounds have instead been upscaled to fit more modern displays. At times, this is painfully obvious. 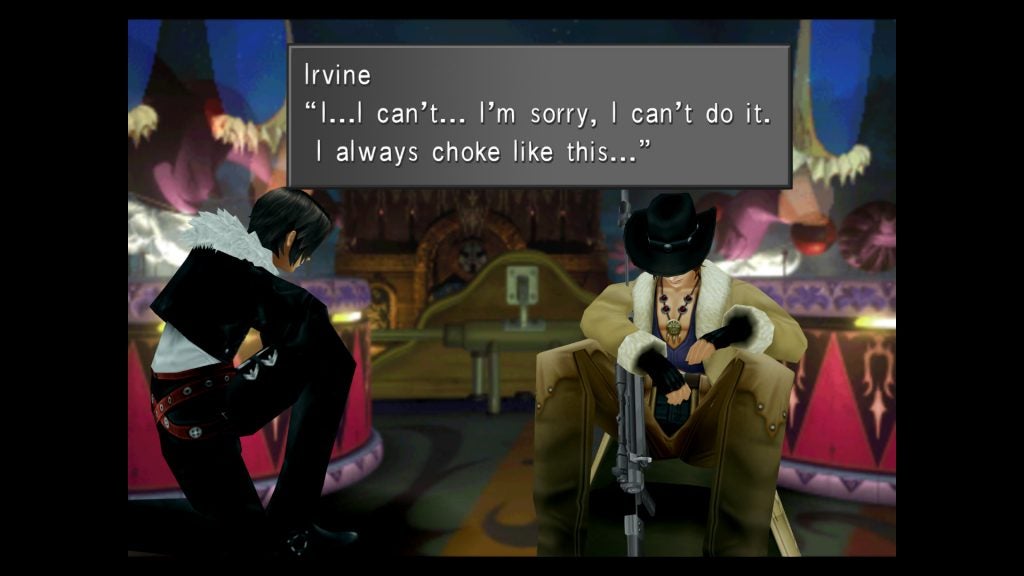 The characters and story have aged like a fine Californian wine, standing up among the best in the franchise

While in the original, Balamb Garden convincingly felt like a vertiginous, multi-storey facility, here the illusion doesn’t work. It’s clear that you’re pushing three-dimensional sprites around a series of two-dimensional images. Likewise, when you venture out into the open-world for the first time, and run around that rotating 3D grid, it’s a bit of a shock – and not in a way that’s entirely good.

Furthermore, environments built for 4:3 displays don’t translate well to the 16:9 world. This isn’t so bad when you’re playing docked on your Switch, but slip the Joy-Cons back on the console and play Final Fantasy 8 Remastered in handheld mode, and that big ugly letterbox just leaps out at you.

Granted, if the teams had endeavoured to recreate each and every background to better fit modern displays, Final Fantasy 8 Remastered would have taken far longer to produce – and would inevitably have commanded more than the £15.99 you’re currently being asked to part with.

For the money, what you do get is a faithful port of a much-loved classic, one that largely stands the test of time. In lieu of Square Enix deciding to give the eighth Final Fantasy instalment the full Remake treatment (unlikely), I’ll take what I can get, kupo. 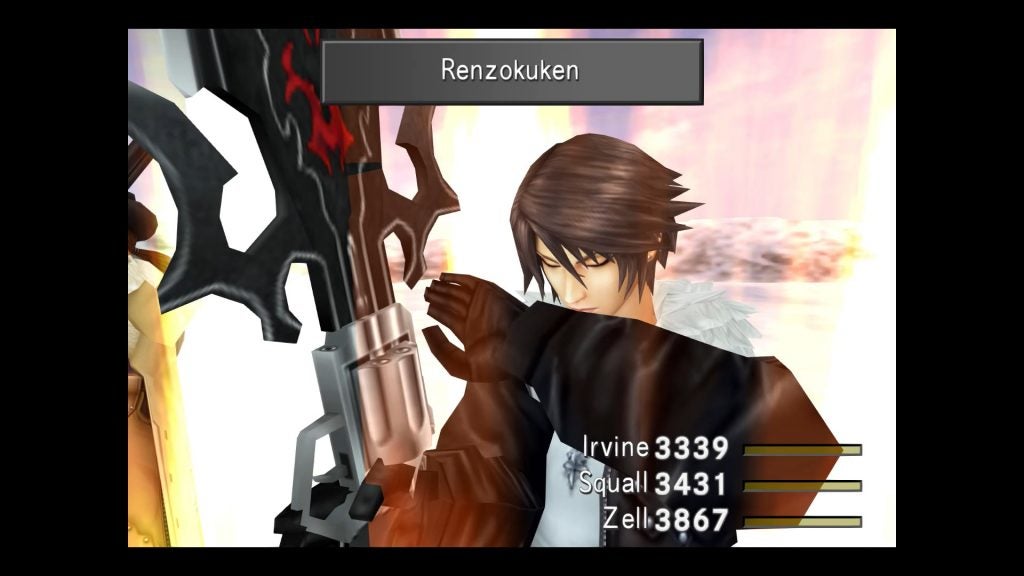 While I’m thinking wishfully, I guess this means that as Squall has now appeared on a Nintendo console, we’ll get to play as him again when Super Smash Bros: Turbo Mega Ultimate “This Is The Last One Now Guys, We Promise” gets released in 2028, right?

Final Fantasy 8 Remastered sees an old Moogle learning some new tricks. If you can look beyond the obvious imperfections, then the combat and party management systems, plus the gracefully unfolding – if at times ridiculous – story and world building, which are as strong now as they were 20 years ago, will reward patient players.

If you’re looking for something to burn through while waiting for Final Fantasy 7 Remake, this remaster will sate your twitching nostalgia glands.