Exclusive to PlayStation 4
Every numbered Final Fantasy stands apart, calling back to past incarnations without continuing old storylines or necessarily maintaining the existing game mechanics. Yet there’s something about Final Fantasy 12 that makes it feel even more distinct. Is it the storyline and setting, which it shares with Square’s 2000 RPG, Vagrant Story? Is it the visual style, which dumped static cameras and pre-rendered backgrounds for a more flexible, real-time 3D engine? Is it the experimental attitude the team took, transforming battle and progress systems and moving to a primitive version of an open-world? Whichever it may be, Final Fantasy 12 felt like a departure back in 2006 and still feels that way now.

While its tale is classic Final Fantasy – warring empires, armed occupation, a brave resistance, intrigue and sorcery behind the scenes – the way it’s told is quite unusual. The closest thing the game has to a central hero is Vaan, the street-kid brother of a murdered soldier, but he’s actually more of a focal point for a ramshackle group including swashbuckling sky pirates, a disgraced former hero and a resistance commander with a not-too-mysterious heritage. You don’t even have to field Vaan if you find his young-pup swagger a bit annoying, and he’s not even centre-stage in every cut-scene. More than any other Final Fantasy, 12 feels like an ensemble piece. 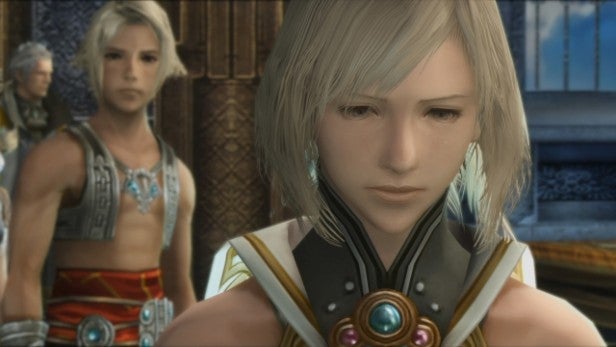 And where other Final Fantasies take place in worlds where steampunk, sci-fi, high-fantasy and Japanese culture collide, this one pulls things down into a more specific setting, with a heavy North African/Southern Mediterranean feel. There are Moorish and Ottoman influences everywhere, plus a more exotic look to the non-Human races than you’d usually find. Put this together with the ensemble feel, a more cinematic visual style, a fantastic score and some epic space-fantasy moments, and this is the closest Final Fantasy has ever got to Star Wars.

Some of the game’s characteristics have made it a more challenging remaster than, say, Final Fantasy 10. All the character models, background scenery and textures were built to be rendered in real-time on the lowly PS2, and while Square-Enix has clearly put effort into reworking visual effects and upscaling textures, the cast and backgrounds can still look surprisingly basic and the facial animation primitive. In some ways, Final Fantasy 10 and its sequel have actually aged better. Yet the brilliance of the original team’s production design still shows, whether in the beautifully ornate armour worn by the villains or in the architecture and ambiance of its key locations. FF12 looks its age, but it can still amaze you. 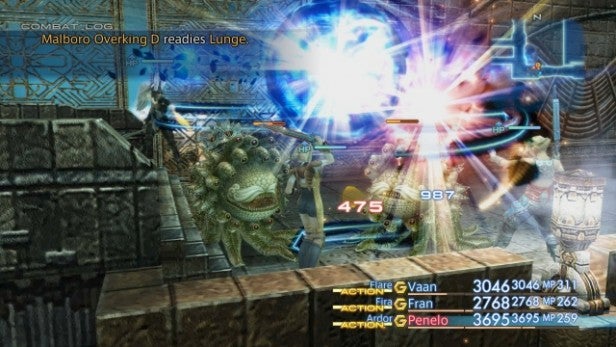 Some may not be so forgiving of its more innovative gameplay. FF12 merged exploration and combat into one, coherent space, so that you no longer switch in and out of battles all the time. It then dropped the old semi-turn based battle system for one where everything happens in real-time, unless you pause to issue commands. What’s more, you could only control one character – the party leader – directly, controlling the others through a complex system of programmed ‘gambits’ that effectively told them to prioritise attacks, heals and buffs according to specific criteria.

This still gives combat in FF12 a quite unusual feel, though with new options to speed up battles, also a great, snappy pace. Some will feel now, as some did then, that you don’t feel like an active participant in the fighting, but to my mind it gives you a more tactical role where you spend less time choosing options from a menu and more time configuring your team for the fight and stepping in to intervene where necessary. 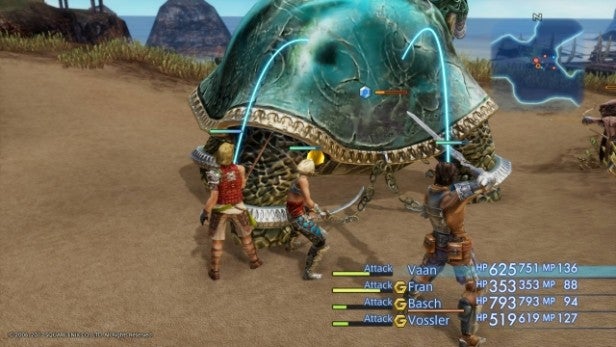 Ten years on I’m not so taken by other changes. Quickening abilities – the successor to the old ‘Limit Break’ special attacks – involve annoying chains of button presses and prove initially bewildering, meaning you waste them until you check an FAQ to find out how they work. Summonings, meanwhile, don’t put in an appearance until quite a way in, and even then don’t become a mainstay as they do in other Final Fantasy titles.

I’ve also got less time for the progress system, where you pick a class for each character then use points to unlock squares on a Licence Board, enabling them to use new weapons and armour, cast new spells, upgrade hit points and unlock new capabilities. It manages to combine being over-ornate with also being quite restrictive, so that it’s all too easy to make decisions that will push a character onto the reserves bench for large chunks of the game. Later on, options to take a second job increase the scope, but only once you’ve made a significant amount of progress. And, while I’m moaning, FF12 isn’t immune to that old Final Fantasy problem: having dungeons or wilderness zones that exhaust your interest long before you reach the end. 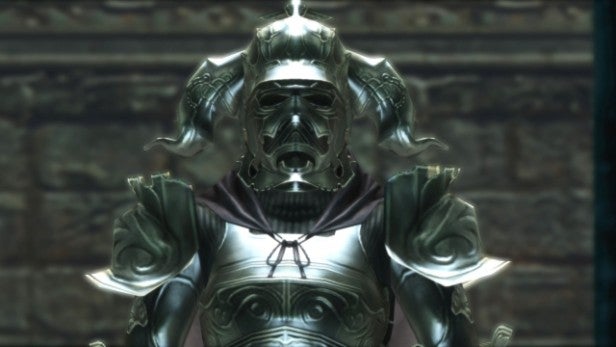 All this complaining might lead you to think that FF12 doesn’t need any urgent rediscovering, but nothing could be further than the truth. It’s a lot more fun throughout than its immediate FF13 successors and has a more coherent plot than the deeply lovable FF15. You can see it messing around with ideas from MMORPGs and monster-hunting titles, like its hunting side-quests, yet it never feels like a half-assed MMO. You grow to love the characters, the world and the challenging dungeons, not to mention the cinematic storytelling. Its heroes are plucky doers, not navel-gazing brooders. It goes big on strange cities, daring escapes, creepy tombs and scary monsters, not endless, boring wastelands. Like the most recent Final Fantasy, FF12 is a real crowd-pleaser.

And while the remaster isn’t the most impressive visual upgrade I’ve ever seen, there’s no doubt that FF12 has never looked or played better. There was always the feeling that an old SD telly wasn’t really doing justice to the colours and textures of this world, and so it proves. On the PS4, you’re really seeing them at their best. Short loading times make the world coherent and less like a collection of areas bolted together, and encourage you to go out and explore. Regular checkpoints mean that tougher dungeon areas don’t become a chore, even when monster respawns are an irritation, while a game that seemed to stretch PS2 hardware beyond its limits now feels like it’s running smoothly. 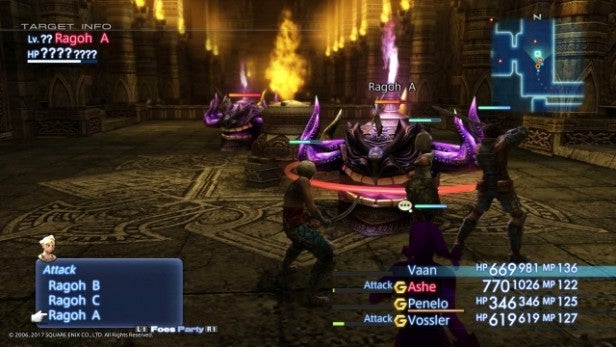 This isn’t the best Final Fantasy you can play on current consoles – in fact, it’s arguably battling with FF10 over which gets third place – but it is a stellar JRPG. In fact, you could see it as a snapshot of the genre at a key point in its development, showing both the way it’s moved on and some of the ideas that were explored and then abandoned, not always necessarily for the best.

Verdict
Square-Enix hasn’t pulled off any miracles with this remaster, but The Zodiac Age gives players one of the great Final Fantasies, looking sharper and playing better than it ever has before. The battle and progress systems that once infuriated aficionados haven’t become less abrasive with time, but they also help give the game its pace and a feel that’s unlike any other game in the series. More immediately entertaining than FF13 and surprisingly innovative and forward-looking for its time, FF12 has worn very well. If you didn’t get a chance to play it a decade ago, now’s your chance.