While Final Audio are more known for their uber-expensive headphones, they haven't lost their knack of putting out sensational headphones at this low price. If you need a cheap replacement for a headphone, the E500 don't compromise on quality

The Final Audio E500 are an inexpensive pair of in-ears from the Japanese audio company.

Final Audio is the uncompromising Japanese doyen of high-end headphones and pricey turntable cartridges, so to hear that the company was knocking out a pair of in-ear headphones costing less than 20 quid was somewhat unbelievable.

And yet here they are. Final Audio’s E500 in-ear headphones can be yours for £19.99. But in terms of quality, do they suffer one too many compromises? Let’s find out.

Final Audio is no stranger to making a fairly robust design statement, as a quick look at its Sonorous range of over-ear headphones will confirm. Even where the opportunities for design flourishes are limited – as they most certainly are with in-ear headphones – Final Audio has always given it a shot: check out its £2000 A8000 in-ear monitors to see what I mean.

At this sort of money, though, no-one should be expecting anything too adventurous – and, sure enough, the E500s look like the most prosaic in-ear headphones ever offered for sale. But just because they follow the tried-and-tested in-ear headphones template, don’t imagine they’re entirely humdrum. 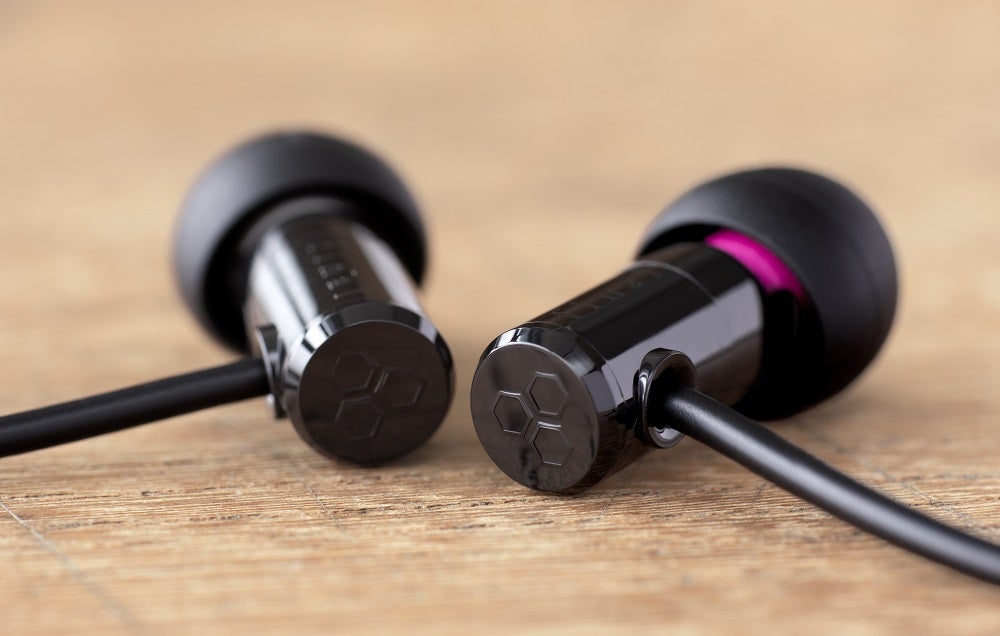 For example, their black thermoplastic polymer housing looks pretty good in a fit-for-purpose kind of way – the in-ears feels quite a lot more robust than those freebie headphones that often arrive accompanying smartphones. In addition, the cable too (there’s a length attached to each earbud, which form a union about halfway along the 1.2m length) feels heftier and more rugged than that on those freebies.

At 15g, the E500s are lightweight enough to wear for hours at a time without becoming tiresome; but weighty enough to feel more purposeful than the freebie in-ears as well.

In short, then, even before you start considering performance, you can upgrade your no-cost no-performance freebie in-ears for something that looks and feels much more serious by spending a penny under £20.

Once again, it’s important to keep the price of the E500s uppermost in your mind here. After all, it isn’t like in-ear headphones are loaded with features even when they cost 100 times as much as the E500s. So  long as you don’t get your hopes up too far, you won’t be disappointed.

Actually, there’s one E500 feature that’s entirely unexpected. It’s the appearance of the 6.4mm small aperture dynamic driver – the same driver that shows up in all of Final’s E-series in-ear headphones, up to and including the £219 E5000s. In this respect, at least, the E500s might reasonably be described as “over-specified”. 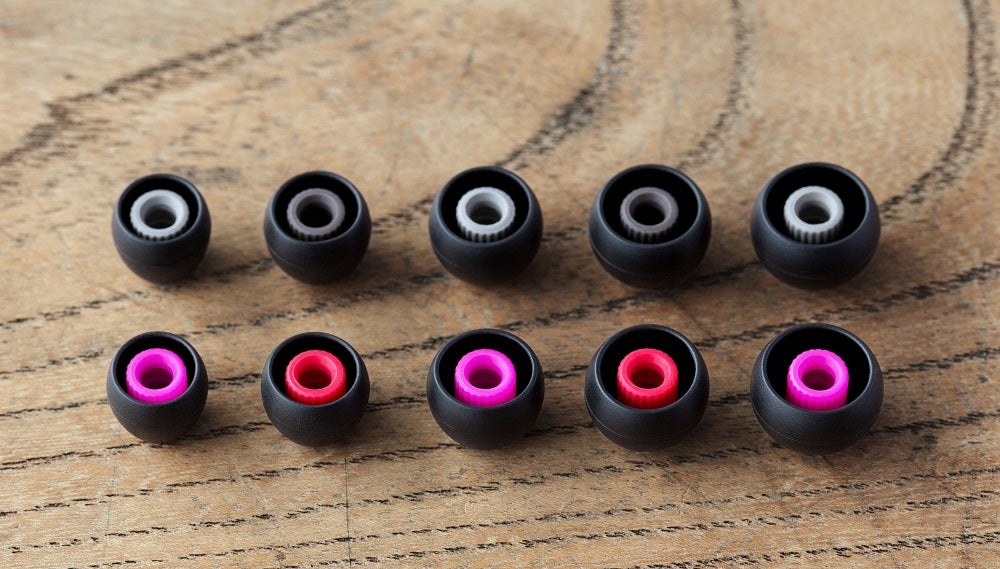 In fact, it might be true to say the E500s are worth their asking price in ear tips alone. These Final Audio in-ears are supplied with no fewer than five pairs of differently sized silicone and/or foam ear tips, which means it should be straightforward to achieve an enduringly comfortable fit.

This, along with Final Audio’s “swing fit” design – which directs the business end of the earbud towards the wearer’s ear canal – makes the E500s a far more accommodating product than those freebie in-ears I’ve been putting the boot into throughout this review.

It might be best to start with the things the E500s are not, because they’re by no means the most complete in-ear headphones you’ve ever heard.

The E500s could do with greater low-frequency control – the plentiful bass sounds in The Pharcyde’s Passin’ Me By drone just a little, although they’re nicely textured and carry plenty of detail.

The E500s could deliver greater three-dimensionality to their sound – Brian Eno’s No One Receiving is nicely spacious and easy to follow, but it doesn’t enjoy quite as much depth to its stage as when it’s being delivered by pricier alternatives. And the E500s could conceivably be more dynamic – the simple differences in volume during the course of GoGo Penguin’s Raven aren’t as pronounced as they might be. 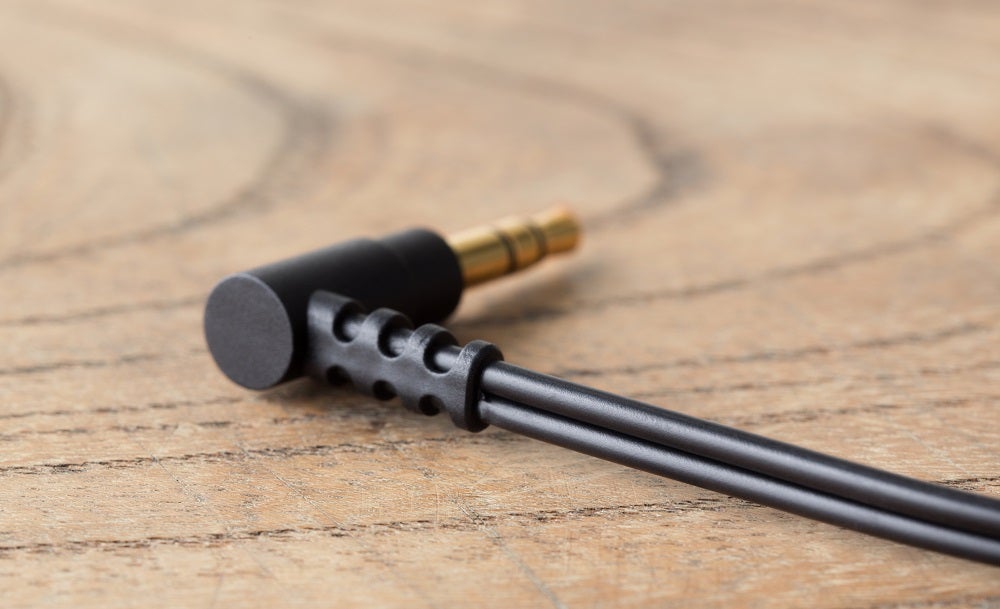 However, context is everything. The E500s are aimed squarely at those customers who might have never considered the need to upgrade the in-ears that came with their phone, and in that respect they’re an absolute no-brainer. The Final Audio in-ears are simply streets ahead of any free headphones you may have encountered. They’re more musical, more convincing and altogether a nicer listen.

Any of the music mentioned above happily illustrate the point. They E500s are even-handed throughout the frequency range, neither under- nor overstating any particular area; but instead scrolling smoothly from treble to bass. They carry plenty of detail, allowing singers to enjoy proper expression. For all that the lowest frequencies could be more disciplined, they’re punchy but never exaggerated. 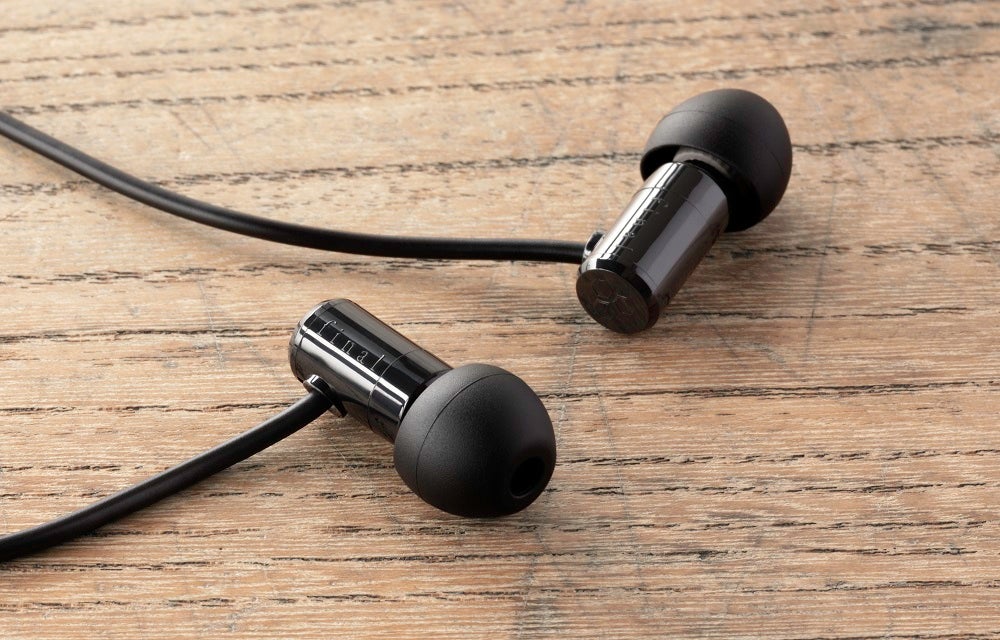 Smaller dynamic variances in harmonics and timbres are described pretty well, too, and there’s a fine sense of separation and focus to the soundstage they describe. And although there’s plenty of breathing space for individual elements on the stage, the E500s manage to unify all their contributions and present a coherent sense of interaction and performance. This kind of facility with timing is by no means a given from in-ear headphones, no matter how much (or how little) they cost.

Should you buy the Final Audio E500?

First and foremost, if you’re still using the giveaway in-ear headphones that came with your phone then you should buy the Final E500s for no other reason than they’re way better and cost next to nothing.

But the E500s are worth consideration even beyond that. You don’t need to look all that hard at the numerous reviews of in-ear headphones on this site to realise that Trusted Reviews hasn’t heard a sub-£50 pair of headphones it thinks is halfway decent. Not until now, that is.

At £19.99, the Final Audio E500s could almost be called “disposable” – if that wasn’t a most environmentally unfriendly attitude to take. But if you have no in-ear headphones, or you need a second pair in reserve, or if your children are hassling you for headphones of their own, well… don’t look (or listen) any further.