The E07K (dubbed ‘Andes’) is a portable headphone amplifier and DAC from FiiO, whose similar E17 amp earned a solid 9/10 in our review last year. It’s designed to pump top-drawer sound quality into the ears of audio enthusiasts using high-end headphones, and can be used as a high-quality sound card for a PC, or with a portable media player. It’s an upgraded version of the FiiO E7, adding a few new features that we’ll touch upon throughout the review.

Headphone amps from audiophile brands can cost a small fortune, but the remarkable thing about FiiO’s pocket amps is that they come in at under £100, which means you can get sparkling sound through your cans for less that you might think. The E07K is around £30 cheaper than the E17, potentially offering even better value than its stable mate.

The E07K might only cost around £70 but FiiO hasn’t skimped on build quality. It’s a solid and robust little device, clad in brushed black aluminium on the back and edges with a large reflective panel on the front housing a 128 x 64-pixel OLED display. 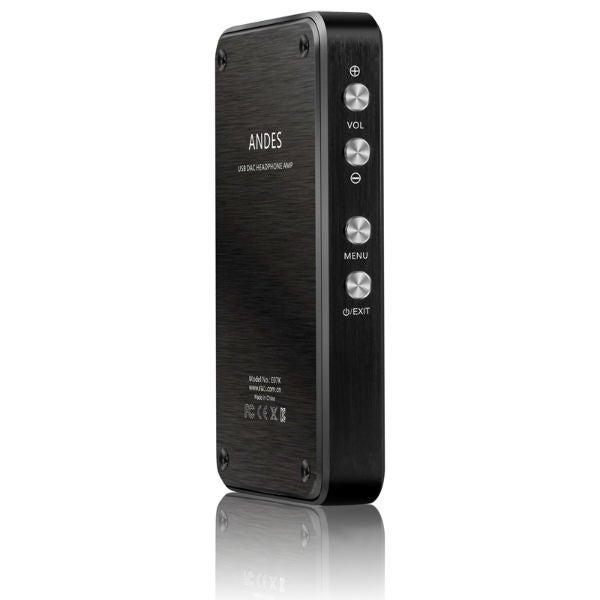 At 15.2mm and 102g, it’s incredibly slim and light, allowing you to easily slip it into a pocket or bag, and with its built-in battery you get a quoted 20 hours of portable playback. In fact its dinky dimensions make it look just like a MP3 player, (which will probably be the first question you’ll be asked every time you show it to someone).

The E07K’s design differs from the E17 in that its buttons are found along the left hand edge as opposed to on the front (like the original E7). Another difference is that the E17’s front panel is brushed black aluminium, not reflective.

The E07K’s round silver buttons include volume up/down, menu and power/exit. On the opposite side is a Hold switch (not found on the E7), while on the top edge you’ll find two 3.5mm headphone jacks. On the bottom edge is a mini USB input, a 3.5mm analogue audio input for portable audio players and a slot that lets you dock it on the E09K desktop amp.

There’s no SPDIF input as found on the E17 – one of the sacrifices you make for the cheaper price tag – but on the plus side you get two headphone jacks whereas the E17 only has one.

As for the spec, it’s equipped to handle headphones with an impedance between 16 and 150Ω, and boasts a power output of 220mW at 32Ω impedance or 250mW at 16Ω impedance, the latter figure being slightly lower than the E17’s 290mW.

Its battery life is quoted at 20 hours, compared with the E17’s 15 hours, although this is likely to be a lot less in real world use.

The main upgrade from the original E7’s spec is that the E07K now supports 96kHz/24-bit signals via USB (the E7 only went up to 48kHz/16-bit). That’s terrific news if you’re a fan of high-quality lossless music formats like FLAC. The lack of SPDIF means it won’t support 192kHz/24-bit like the E17, and the quality of the signal isn’t shown on the display either. 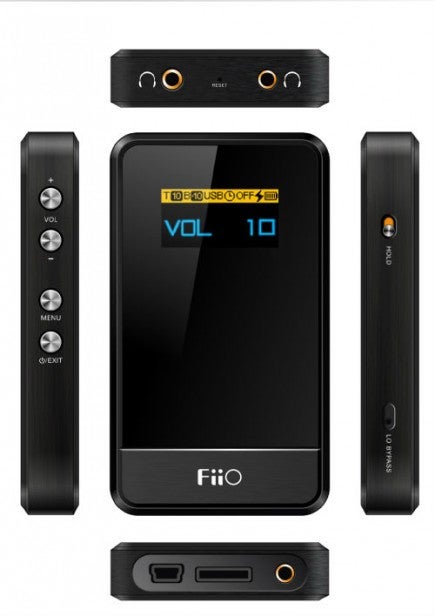 In the box you get a USB cable, a cable with 3.5mm plugs at both ends for MP3 players, protective films for the screen, a felt carry case and even a rubber skin to protect the unit from bumps. You also get a couple of rubber bands attach it to a portable music player, which is a crude solution that makes it look like a makeshift bomb from an action movie.