Let’s call it the next-generation difference. Nearly two weeks ago I sat down to play Fight Night Round 3 on the good old Playstation 2. It was a good boxing game, with tight controls, a decent career mode, some nice additional features and respectable graphics. I’m not a boxing fan, which always limits my interest in these things, but I could appreciate that, if you were into boxing it was a good game. Not fantastic, not astounding, but very good. 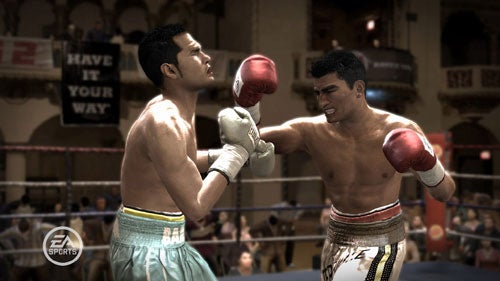 A few days later I sat down to play Fight Night Round 3 on the Xbox 360, and nearly suffered a dislocated jaw so fast did it drop open in amazement. Whereas you could appreciate that the character models in the PS2 version were accurate and realistic, in the Xbox 360 version they simply looked real. The skin glowed with sweat, trickles of perspiration worked their way down the fighter’s body during the fight, the camera seemed to move more dynamically, reacting to the action in the ring with astonishing focus. The ropey, two-dimensional background graphics of the PS2 version were a thing of the past, replaced by lifelike gyms and auditoriums. Photo-realistic? Sure, you can pick holes, but – unless you’re really looking to pick holes – you bet.


And here’s the thing: it’s not just eye candy. If you want an indication of where the next generation might be going, this is it. In the movement and positioning of the camera, and in the rendering and animation of the fighters – even in the sound – there are hundreds of cues designed to give the player a feeling of momentum, impact and pain. Look at the way the camera neatly shifts focus and position when you’re taking heavy blows, as if to show just how unsteady you are on your feet. When you’re about to go down, the sound drains out to reflect your steady loss of consciousness, and there’s a similar effect when your opponent is on the verge of losing it; you can feel time slowing down, waiting for you to land the killer punch. 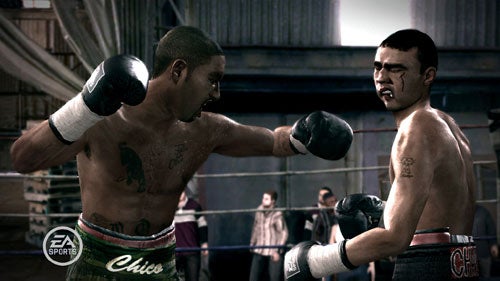 You see, if the game defaults to a display with no onscreen health or stamina metres, it’s because you really don’t need them. You don’t need a gauge to tell you that your opponent is on the ropes – it’s there in his movement, his gait, the sound of his breathing and the sweat pouring down. You can see your own fighter’s confidence boosting as he steps cockily around the ring, or see him tiring as he lets out wave after wave of quickfire jabs to little effect. We’ve seen many of these cues before, but never so well orchestrated or combined in such a sophisticated manner. This is fantastic, cutting-edge stuff. 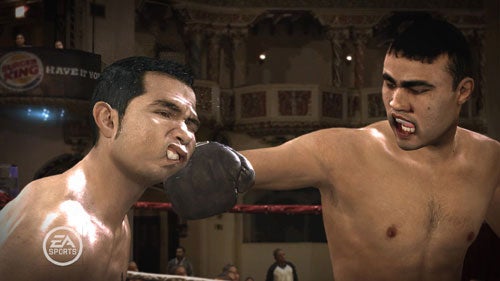 More than that, it’s brilliant to watch. You just have to love the brutal close-up details that show a killer punch in detail; the blow connecting with the nose or chin, the flesh and muscle distorting, sweat and spit arcing off out of the mouth. If it’s you on the floor, you even get a highly aggravating view of your opponent walking away backwards, his every gesture a taunt. It’s testosterone fuelled, heavily macho gaming, but it’s hard to resist if you’re male. In cinematic terms, it’s less Rocky, more Raging Bull. 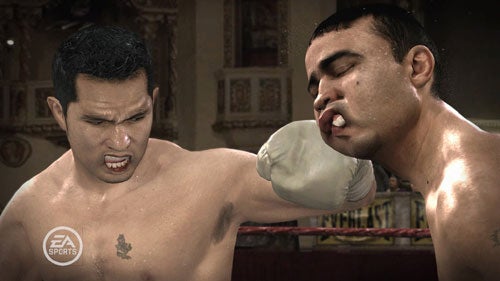 And all this sits on top of a very solid set of game mechanics. One thing was clear even when I played the PS2 version: EA has now got the Fight Night gameplay absolutely down. OK, so the system, which relies on movements of the analogue stick, is difficult to get used to. In your first few fights you might well be wishing for simple button combos, and might even make the mistake of switching back to an alternative control method. But you get used to how rapid shifts to the top left or top right dish out fast punches, and how sweeping circular movements dish out uppercuts and haymakers. You learn that using the lean button and the left stick together can help you get away from a lot of punches, and help you step in to hit back hard. Gradually, the action becomes intuitive and natural, and the strategy side of the game opens up; you learn to watch your opponent, and switch from defence to offence in a heartbeat. My only concern is that I’m not 100 per cent sure that all that sudden movement is good for the analogue sticks – in this game it’s not just the boxers getting a beating. 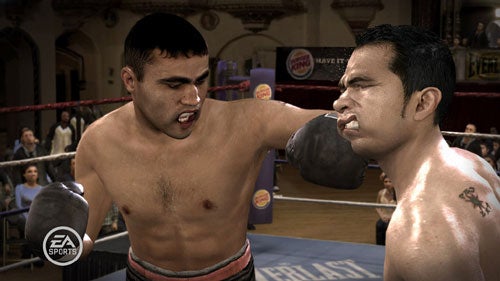 There’s a fine career mode, where you pick fights for rewards, build a reputation from each bout. You can even do training mini-games to optimise the results, though you don’t have to. With your winnings, you can buy the usual cosmetic changes, but also get upgrades that add new signature moves or boost your offensive or defensive capabilities. There’s a nice sense of progression too. Early fights are easy enough that, with a basic grasp of controls, you’re bound to get some confidence building knock-outs. After that, the difficulty steadily ramps up, throwing in new challenges and demanding more of your dodging and blocking capabilities. As fights get longer, they take on a new tactical dimension: do you go all out early, or hold back some energy in case the fight lasts beyond the fifth round? 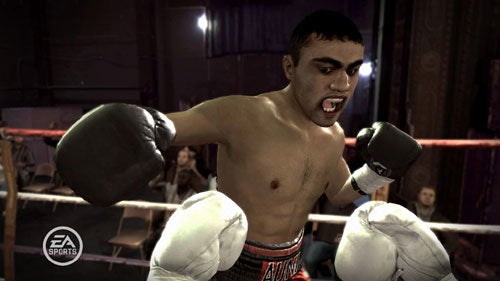 It’s also good to see the ESPN Classic mode, which lets you stage classic rivalries – such as Ali vs Frasier or Jake La Motta vs Sugar Ray Robinson. The nice thing is how well the action is presented in the styles of the era. Ali vs Frasier has the patina of 70s TV, while La Motta vs Robinson has the deep black and white tones of sixties 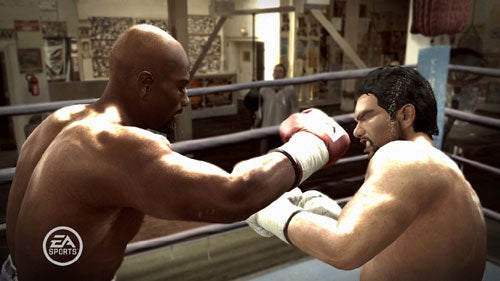 TV. These bouts are perfect for some two-player action, and let’s be clear – while Live play is as well implemented as you might expect from an EA sports game, this is a game that’s best played on one TV by two people who already have grudges to settle, provided the inevitable taunting doesn’t lead to real-world fisticuffs.


Now for the bad stuff. The advertising is ludicrously intrusive, and it’s not just the placards surrounding the arenas. Keen as I am to see a replay of my killer blow, was there any need to have it bought to me by Burger King? And while the hip-hop soundtrack is fitting, it gets repetitive and annoying alarmingly soon. 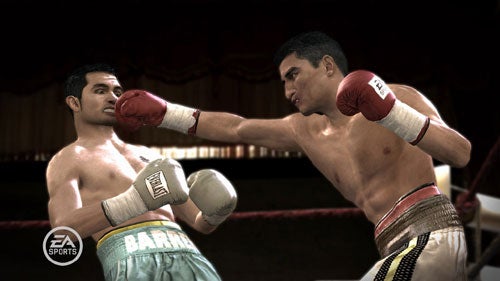 And overall, no matter how amazing it is, there is always a sense that it is still just a boxing game, and this is something you really need to think about if you’re going to blow £40 on it. It’s a spectacular, accessible, thoroughly engaging boxing game, but several hours after you were initially bowled over by the graphics, the realisation might hit you. And unless you’re a) a big fan of the sport or b) have a steady gang of mates to play it with, you probably will find yourself tiring of the game. I know you could say the same about racing games or football games, but this really isn’t everyone’s long-term cup of tea. That said, it’s well worth downloading the Live demo or – even better – renting, just to see what the future looks like. Only you can decide if it’s then worth splashing out to give the game permanent space in your library.


It’s hard to be humble when you’re this great – Fight Night 3 is an awesome next-generation showcase. But no matter how powerful the graphics, you need an interest in boxing to keep you playing long term.