FIFA 21 is an often great football game packed with content and modes. The few gameplay tweaks that are here make for a better overall experience and keeping Volta around adds some variety. Sadly, the redesign of career mode focuses on the wrong features and feels like a wannabe Football Manager without any of the depth.

Another year, another iteration of FIFA. And, once again, FIFA 21 feels very much like a minor update on its predecessor. Even more so than previously, this feels like a title that could have followed in the footsteps of PES 2021 and opted for a smaller, less substantial update for a lower price.

But that isn’t the style of Electronic Arts, and if you’re a passionate FIFA fan then there’s still a lot of content packed in here. The usual Ultimate Team modes are present, there’s been a much-needed overhaul (though not in all the right ways) of career mode and the street-style Volta makes another appearance adding a small nuggets of narrative and a more free-flowing game to the overall package.

Whenever I pick up the new version of FIFA, the first few games are spent trying to work out exactly what gameplay tweaks are new. With FIFA 21, this is harder than before as it feels very like its predecessor. It’s not completely the same though, with some changes feeling a little tacked on just to offer variety. The ball feels a bit heavy underfoot and as a result things are ever so slightly slower. After a few games you’ll probably forget this, but it’s definitely there at the start.

That heavier ball leads to far more wayward passes, even the from the top players, whether it’s from the AI-controlled players or yourself. 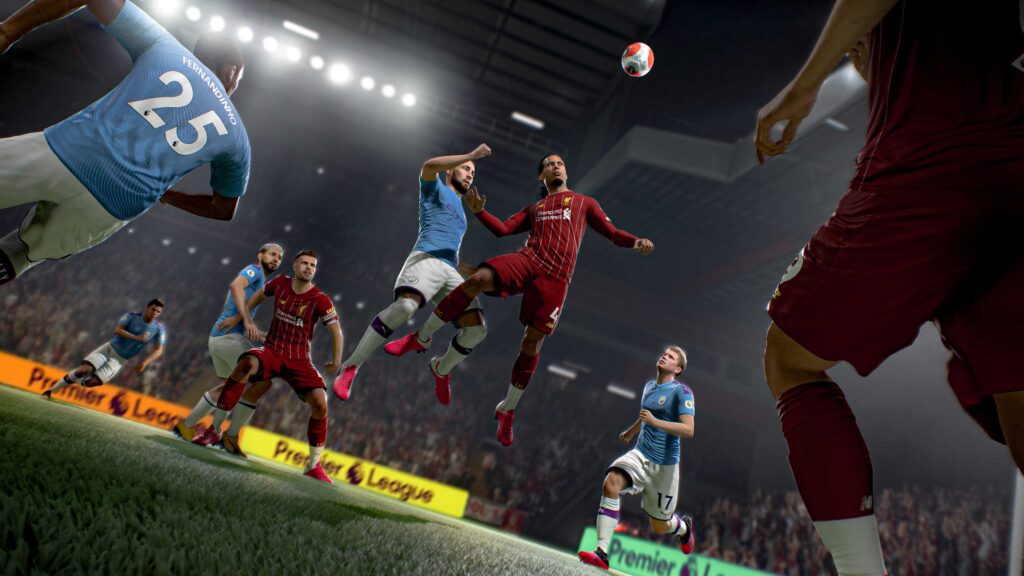 A more obvious change, especially coming over from PES 2021, is a reworked collision system and smarter dribbling. FIFA has tended to, in the past, feel like a series of canned animations whatever you do. Players would trip in the same way, fall over the same way and it was easy to spot when this was going to happen. The improved animations here do change this slightly and collisions are a little more natural as a result. The same goes for dribbling, which is ever so slightly harder and a little more varied than before.

Perhaps the most obvious change experienced players will appreciate is the improvements made to crossing and heading. Heading in FIFA 20 was terrible and far too difficult to use regularly. This time it’s much easier to attack a cross with your players head and it doesn’t always lead to the ball floating out for a goal kick.

But, really, the gameplay here is so similar to that of FIFA 21. That’s fine, this is still a good game of football that’s a lot quicker and more arcadey than PES. Just don’t come here expecting a revolution. Where FIFA 21 really makes itself a worthwhile investment is in the wide variety of modes and content it offers. Even if many of these haven’t seen changes. 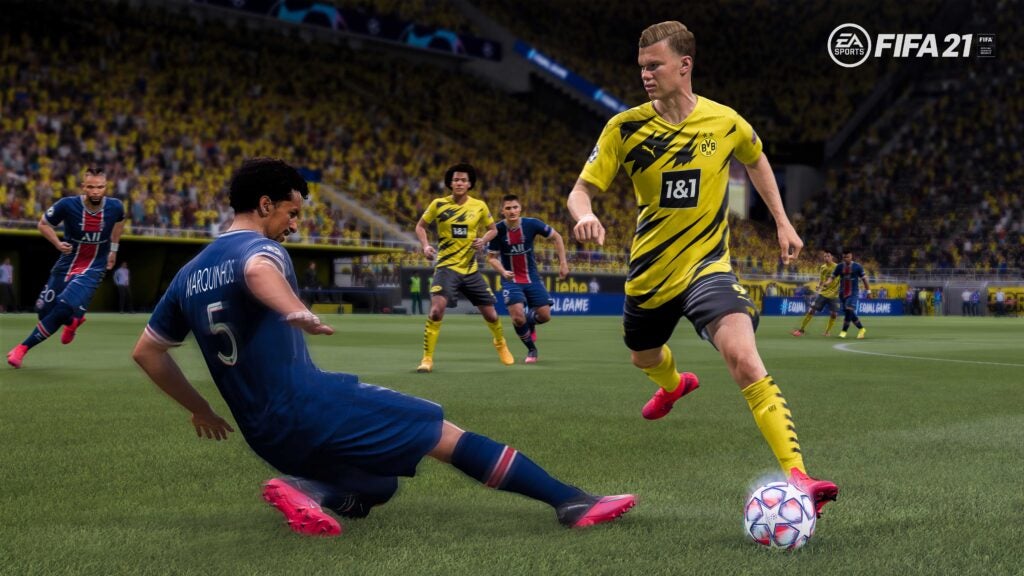 For the first time in what seems like a decade, the career mode has been redesigned. There’s now more focus on player development and training regimes, a morale system for your team, supposedly improved transfers and more options when you set up your game. Career mode has been maligned for ages, but it was still what I would spend most of my hours in. Having sunk a lot of time into this new offering, I don’t really think the changes make it any better.

It’s clearly trying to be more like Football Manager,  but the result feels hollow and, at times, incredibly dull. Take the training regimes for example. They happen multiple times a week and get incredibly dull incredibly fast. I did them a couple of times and then found myself simulating them just to get to the next match. The depth that makes this stuff interesting in FM is lost here.

The transfer system isn’t quite as ridiculous as it was in FIFA 20, with more realistic prices requested for the best players. You can now loan players with an option to buy too, something that should have been included before. EA has also still refused to remove the truly terrible silent manager interactions when you’re signing players.

What really seems wasted is the morale and player feedback system. Throughout my time with the game I don’t think this has made one bit of difference to how someone plays, especially when you’re controlling the players anyway. 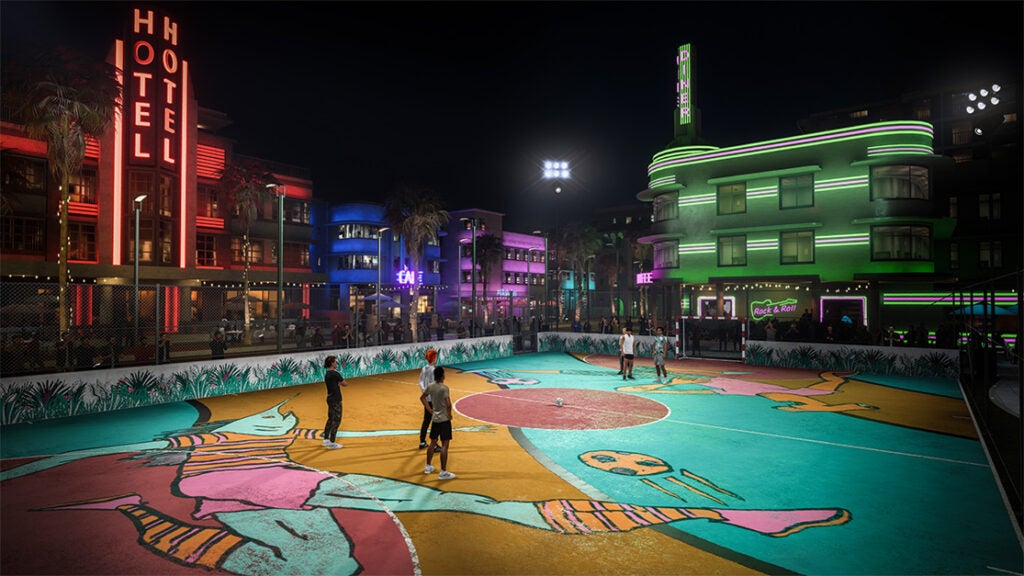 There are a few nice changes, though. You can give your team an influx of cash at the start if you want to play about with some of the best players and even alter how tough negotiating for players is. The new options to sim matches are great too, letting you jump in and out of the action or skip the rest of a game if you’re comfortably winning.

Volta also makes a return. This is street football, similar to the excellent FIFA Street games of old. Volta is fun, frenetic and skill-based football that’s great to play in short bursts. There’s a decent variety in locations and the gameplay is certainly more fast-paced than your usual 11-a-side match.

There’s also a little bit of story woven through Volta mode. You can create a character, customise their appearance and then level up skills as you play in tournaments across the world. It’s filled with bouts of awful dialogue and just about every football cliche out there, but it’s still fun. I do wish Volta was a little more bombastic, like its FIFA Street predecessor, as once you get past the quicker play it’s still very much the same FIFA gameplay. 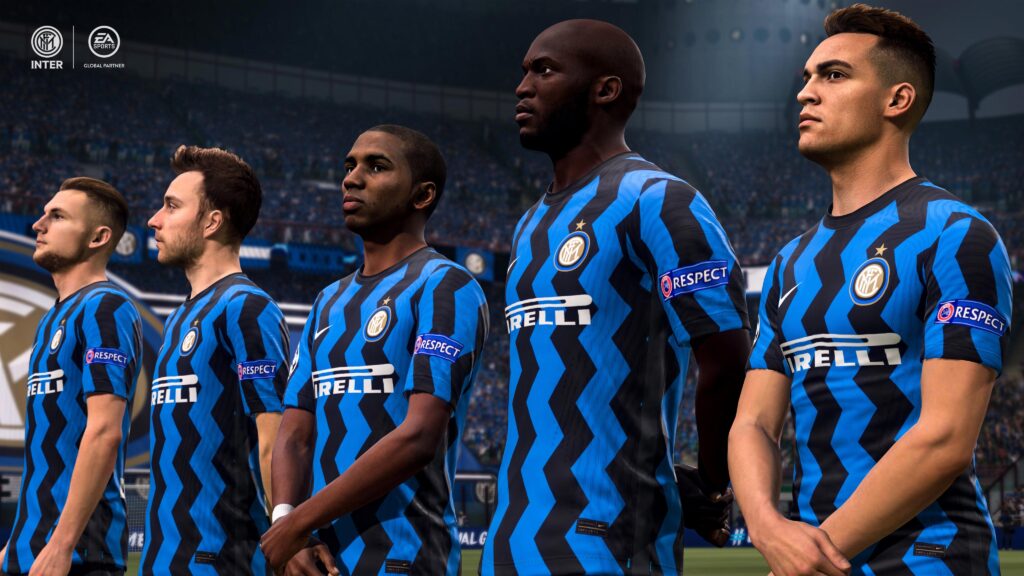 Finally, there’s FUT. This year Ultimate Team has new events, co-op play and live friendlies. If you buy FIFA every year solely for this incredibly popular mode then you’re getting more of the same. If you always leave it alone then there’s nothing much to get you involved. If you buy FIFA on PS4 or Xbox One then you are entitled to a free upgrade to the next-gen version, however EA has yet to detail exactly what’s new there.

FIFA 21 is an often great football game, packed with content and modes. The few gameplay tweaks that are here make for a better overall experience and keeping Volta around adds some variety. The redesign of career mode though focuses on the wrong features and feels like a wannabe Football Manager without any of the depth.