At this point in the current console life cycle, FIFA should, by rights, be sitting back, chilling out and kicking its heels. Konami’s Pro Evolution Soccer is still playing catch-up, the franchise is bigger than ever, and FIFA 12 would have still sold millions if the most extraordinary thing about it was the truly hideous picture of Wayne Rooney on the box.

Yet instead of resting on its laurels, EA Sports has once again chosen to mess with a winning formula. Last year, they took apart the passing system and reworked the dribbling and animation to bring the game one step further towards realistic simulation. This year, the defence systems, dribbling, collision systems and AI have been given the same kind of overhaul. As a result, the nature of the game has once again been changed, and while it’s safe to say that this won’t please everyone, it doesn’t half make FIFA 12 feel an even more realistic football game. 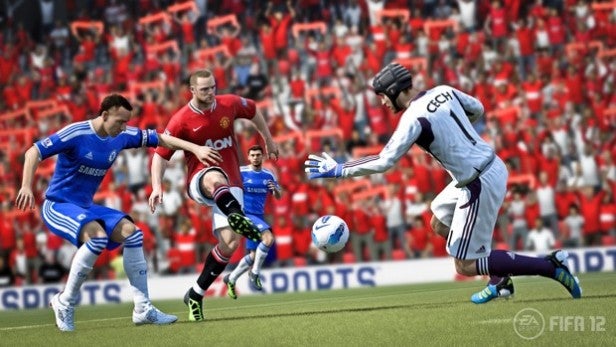 You can tell that the changes are far-reaching when the game whacks you with a tutorial before you even get a chance to kick off. The subject is the new defending systems, which give you more tactical options when trying to close down on an attacker than ever before.

Jockeying with a shoulder button keeps your defender hounding strikers and blocking potential passes, while a new Contain feature brings in a nearby AI team mate to mark the player with the ball, leaving your active player free to deal with other threats. And when you have to get up close and personal, there’s a new option on top of your basic standing and sliding tackles; a button to barge or grab attacking players, depending on proximity – though it’s best used sparingly if you don’t want too much attention from the ref. 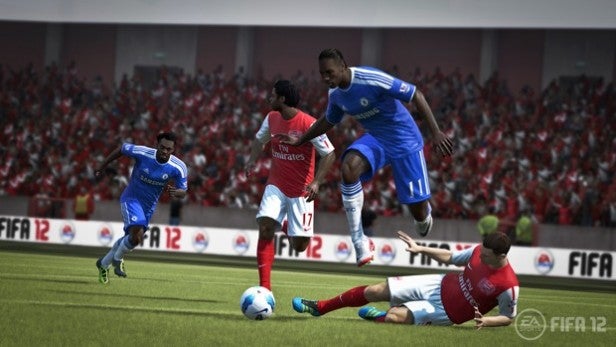 This system combines with FIFA’s new Player Impact engine, which is designed to make the various interactions between players, balls and other players that bit more believable. Smack hard into other players and you’re more likely to create a tangled mess on the pitch than steal the ball, and it certainly makes the action in the box that bit more lively.

To an extent, it also affects the basic flow of the gameplay. The graceful waves of end-to-end action that used to characterise FIFA aren’t gone entirely, but FIFA 12 is more a game of careful build-ups, fast moves and sudden breaks, where you’re as likely to score from a sudden run as from a set piece or a cheeky cross. 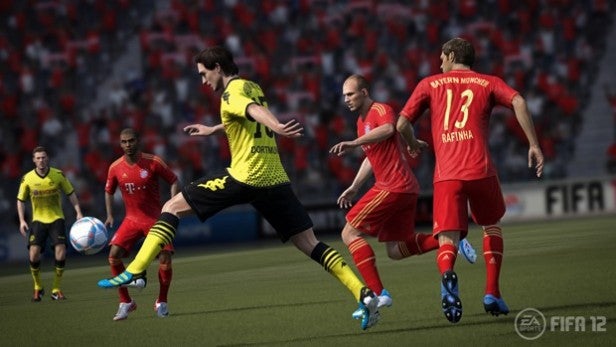 It’s also surprisingly hard at first just to retain possession. The AI is tangibly smarter, both on your side and the opposing one, and the more realistic dribbling mechanics make it that much harder to just pile through and hope for the best. The trick is to focus more on tactical passing play, or on the new tricks and close touches that can help you keep hold of the ball.

Much more so than FIFA 11 did, FIFA 12 feels like a different game, and there are times when the new systems don’t get things perfectly right. You will see the odd ludicrous collision, where what looks like a minor touch results in a brutal smash-up, and there will be times when you miss the fast paced arcade feel of the FIFA old days.

And good as the new AI is, with players who seem better-equipped to make their own decisions, you’ll still find yourself in Be a Pro mode screaming “cross the ball!” at the screen because a winger has decided to make his own haphazard run rather than punt the ball to your goal-hanging striker.

Yet the surprising thing is that most of this time it works brilliantly. When you first come to FIFA 12 it might be hard-going, but it’s the sort of hard-going you don’t mind going through because you know that, pretty soon, you’re going to crack it. 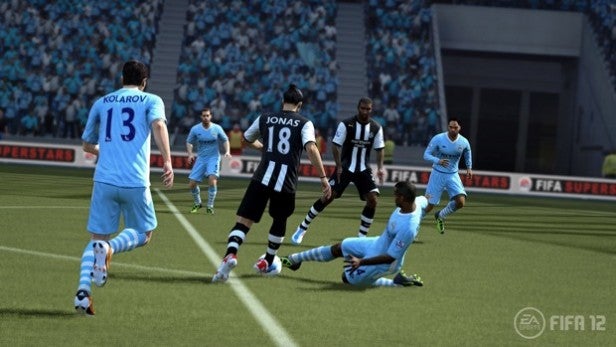 Otherwise, FIFA remains a ludicrously big and deep game of football, with so many modes and options that the choice is practically bewildering. The Be a Pro and Manager career modes return, and while we’d take some of EA’s talk of real drama and real emotion with a pinch of salt, realistic injuries and more dynamic consequences make this year’s effort that little bit more exciting.

The presentation is as slick as we’ve come to expect from EA Sports, and the graphics and sound are pretty much state-of-the-art. Player likenesses have never been so accurate and the animation is now at the stage where, at a glance, you could easily be watching live coverage on TV. 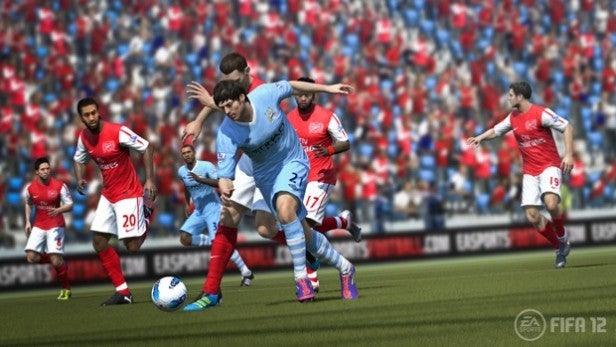 Online, EA appears to have taken inspiration from Call of Duty and the world of online shooters, with a new persistent experience system where every match you play feeds into your experience points, and from there into a FIFA level. In shooters the reward comes in terms of unlocks, costumers and perks – none of which would work in this context – so here EA has come up with something else.

On starting your game you pick your favourite club, and your experience points feed into the total for your club. Every week there’s a new league, where effectively the team with the most skilled (and persistent) FIFA-playing supporters will top the table; with the scores based on an average to give smaller clubs a chance. It’s a neat way of harnessing real-world connections and rivalries to in-game action, though it remains to be seen how it will all work out in practice. 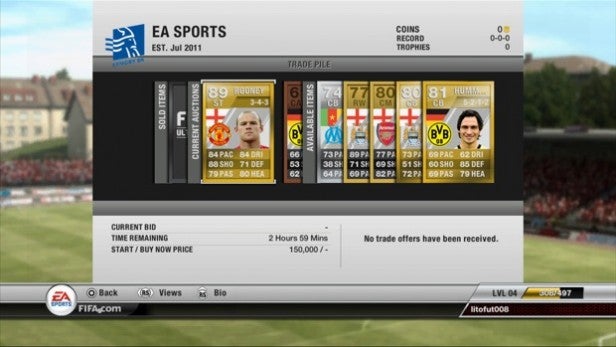 FIFA 12 still has some issues, and the more it moves towards realistic simulation, the further it moves away from the simple football action that, at the end of the day, many players want. Yet the more you play it, the harder it is to escape the possibility that this is the best football game ever made. It’s certainly the most authentic and believable.

While it will represent a challenge to existing FIFA fans, FIFA 12 is worth the effort. The new defence and player collision systems add to an already outstanding soccer simulation, and the new online features are smartly done. Unless you’re looking for a simple arcade kickabout, it’s hard to imagine a stronger football game.