What is the Fender Mustang GT 40?

The Mustang GT 40 is iconic guitar brand Fender’s attempt to bring the benefits of digital modelling amp tech to the masses. It’s part of a wider refresh to Fender’s Mustang range that adds Bluetooth and Wi-Fi connectivity, alongside new virtual amp effects.

Like all modelling amps, the GT 40 is designed to make it quick and easy to replicate the tone of famous Fender players, or to create your own sounds using its robust customisation options. Where space is an issue, it can also double as a wireless speaker.

Diehard tube amp fanatics likely won’t be won over by the new Mustang, but for everyone else the GT is a fantastic practice amp that’s perfect for seasoned veterans and newbie players alike. 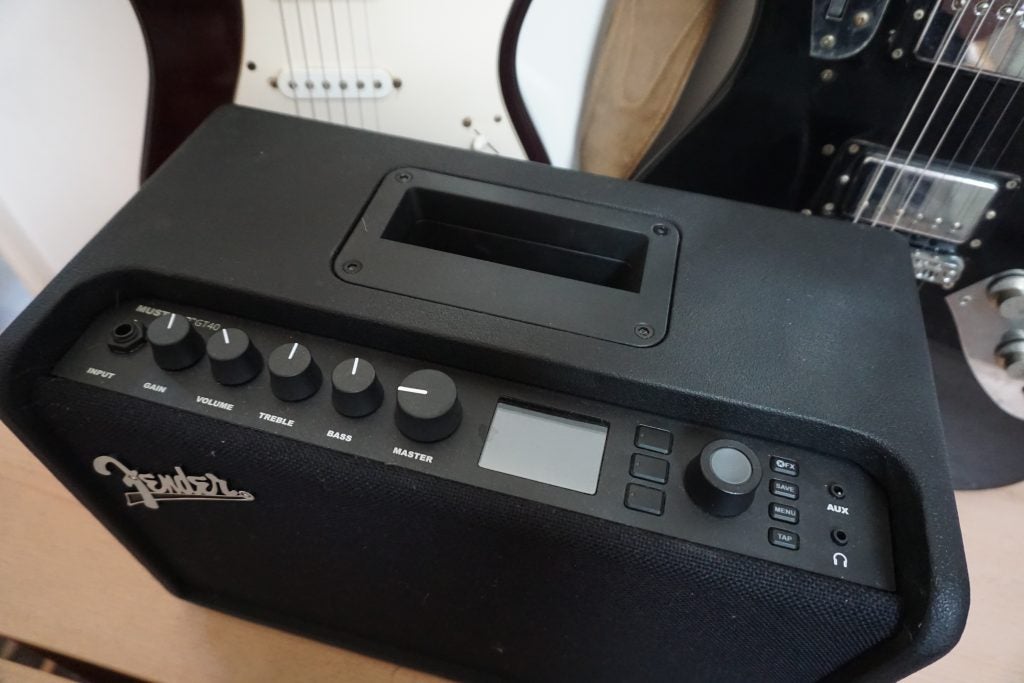 At first glance the GT 40 is a compact, unassuming little amp. The retro black-textured vinyl finish and grille cloth give it a pleasingly classic feel, while also ensuring it will easily fit in most rooms without becoming a focal point. But under the hood you’ll find all the bells and whistles of a modern amp and speaker.

The coolest new feature is the addition of Wi-Fi connectivity. This doesn’t sound like a big deal, but it actually brings with it a variety of benefits. Chief among these is the ability for Fender to seamlessly push over-the-air updates for new sounds and patches to the amp without the need for it to be connected to a smartphone, tablet or PC.

My only quibble is that the initial setup process is a little laboured. In theory, you simply power up the GT 40 and connect to Wi-Fi directly from the amp, or through a Bluetooth-connected phone or tablet. But the amp’s dial control system is a bit of a faff to use.

Like the AMPLIFi 30, the control panel sits on its top rather than front. The control system features bog-standard physical knobs for gain, volume and tone. But on their right you’ll spot an atypical, fairly small colour screen that’s surrounded by soft rectangular touch buttons. Also here is a push select dial that’s used to navigate the amp’s on-screen modular and connectivity settings.

The control dial works well enough when scrolling through options, but is slightly fiddly to use for more precise tasks – setting up custom amp presets and entering your Wi-Fi password, for example.

The process forces you to manually scroll through the entire alphabet to find each individual letter or number. The screen’s small dimensions don’t help matters at all. I can’t help but wish Fender had made the screen larger and touch-enabled. 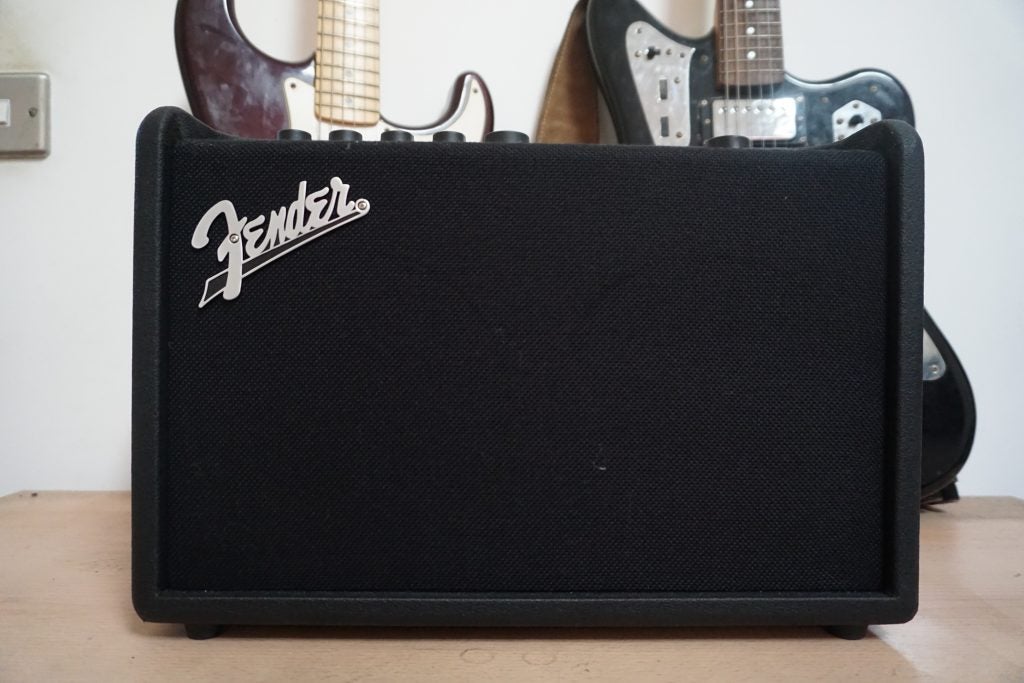 The control system continues to be a wee bit fiddly when you try to take advantage of any of the GT 40’s connected capabilities.

Trying to access Fender’s cloud library, which lets you download new amp settings, tones and access artist-created presets, the amp immediately asks to log into the Fender Tone mobile app and generate a special pairing code. This means that, while it can directly connect to Wi-Fi, to take advantage of all its features you’ll need to pair the amp with a mobile or tablet.

Fortunately, the annoyance is temporary since the app is very well put together. It’s significantly nicer to use than the GT 40’s built-in control system when downloading or creating custom presets.

The amp’s native system is a three-tier model that lets you select your desired amp, then add custom effects to it as you see fit. The level of customisability is seriously impressive, letting you control everything from the exact effect’s gain and EQ, down to its place in the signal chain.

But without the app it’s a double-edged sword. The issue is that the amp forces you to use the dial to scroll through the alphabetically organised list of options, which is fairly laborious. If you then want to tweak the a specific stompbox/effect’s settings, you have to awkwardly use the soft-touch buttons and push-select dial to navigate to a tiny on-screen knob – all of which takes forever and a day.

By comparison, the app has on-screen lists that let you easily tap and slide your way through the various options with zero delay. After my first day with the GT 40, I found myself using the Fender Tone app by default.

The slightly fiddly amp interface also isn’t a deal-breaker, as the GT 40 more than delivers when it comes to sound quality. Spec fanatics may take issue with the fact that the GT comes with only 20 amp models out of the box, many of which are designed to replicate classic Fender sounds. Line 6’s AMPLIFi modelling amp comes with over 200 digital amps. But coupled with the wealth of delay, stomp box, modulation and reverb effects on offer, there’s more than enough here to cater to most play styles and genres.

Fender has also done an amazing job with the GT 40’s presets. Unlike many cheaper modelling amps, such as the Spider, the GT 40 doesn’t try to oversell its effects.

Instead of offering a wealth of show-off sounds with stupidly extended delay, or more stacked effects in play than you’d ever need, the GT 40 takes a subtle approach. Every preset has dialed-down, fairly inoffensive settings that sell the digital amp’s sound and act as a fantastic blank canvas for you to experiment on to create your own sounds.

Tone is also fantastic for an amp at this price. Although purists will highlight that you’ll never get a true tube sound out of a solid-state amp, the GT 40’s twin 20-watt, 6.5-inch ‘Fender Special Design’ speakers performed admirably during testing. 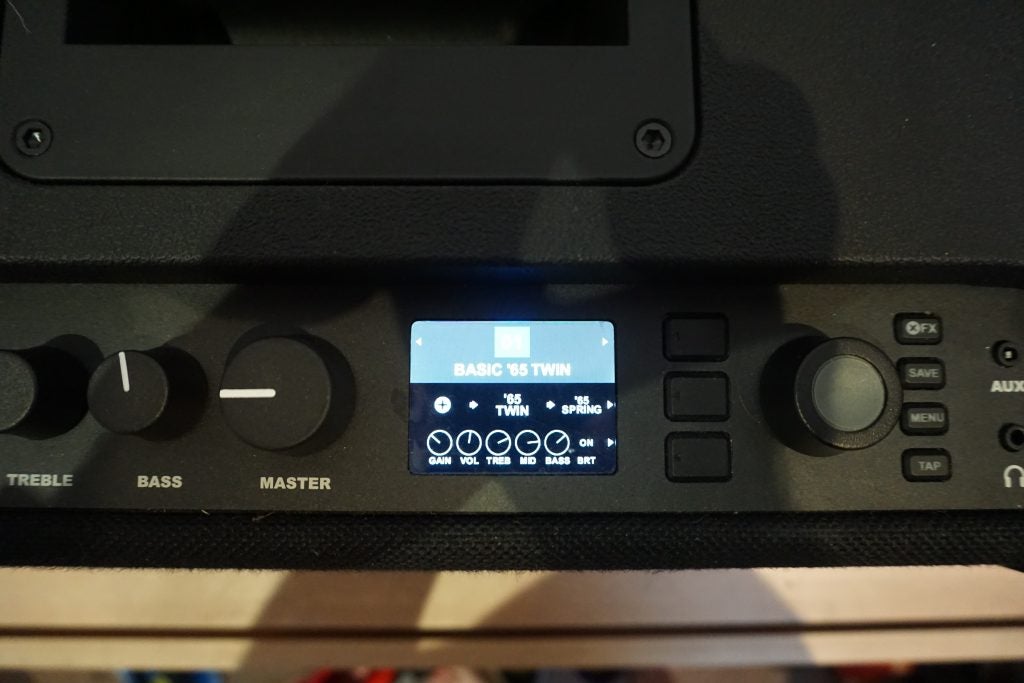 Maximum volume levels aren’t high enough for practice sessions, or gigging with a live drummer. However, they’re more than good enough for practice sessions and home recording. Living in a small flat, I didn’t regularly raise the volume past five, and even that led to a few angry messages from the neighbours during testing. There are some fizziness/control issues when using the amp’s more extreme distortion settings, but at this price you’re really not going to find better.

The amp’s practice capabilities are further aided by the built-in 60-second looper. But to truly take advantage of this you’ll need to invest in the optional footswitch, which adds a further £100 to the amp’s price.

The speakers are also more than good enough for home music listening. Streaming music from my phone, the GT 40 offers impressively balanced sound. Tonal balance is darned good and easily matches, if not beats, equivalently priced Wi-Fi and Bluetooth speakers. Bass is controlled but powerful, and mids and highs are pleasingly free of sibilance and acidity.

Some music can begin to sound a little harsh at high volumes, but the issues only really creep in when running the amp at obnoxiously high levels. My only real quibble is that the sound can lack any stereo image. But considering the GT 40’s focus on being a guitar amp first, this isn’t terribly surprising. 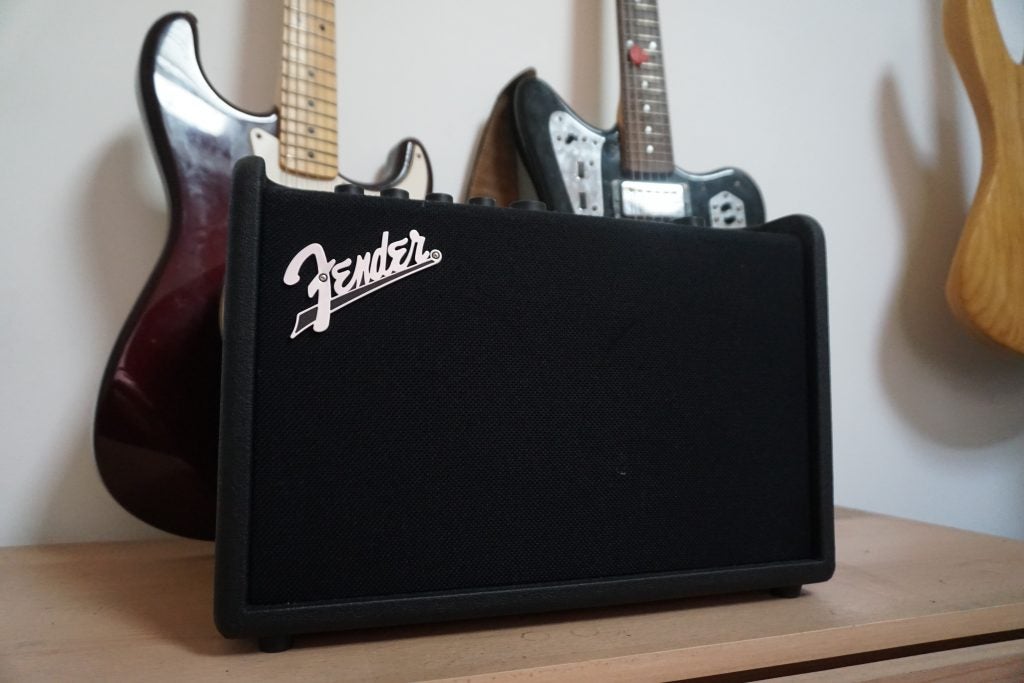 Why buy the Fender Mustang GT 40?

If you’re after a reliable, modern, wonderfully customisable practice amp that can double as a Wi-Fi speaker, you’re not going to do much better than the Fender GT 40.

The amp offers a robust set of preset digital amps and effects, and the GT 40 can be tweaked to work for a variety of different genres. This, alongside built-in Wi-Fi connectivity, a robust update cycle and the insanely well-stocked Fender Tone preset library, makes it one of the best-value amplifiers available.

A wonderfully versatile and intuitive modelling amp ideal for home use.