What is the Fender Monterey?

The Monterey is the larger of Fender’s first pair of Bluetooth speakers, and is designed to look and feel like one of the company’s legendary guitar amps. It’s worked for Marshall, so why not?

This is a big and heavy mains-powered speaker for home use, but it offers large-scale sonic performance to match. 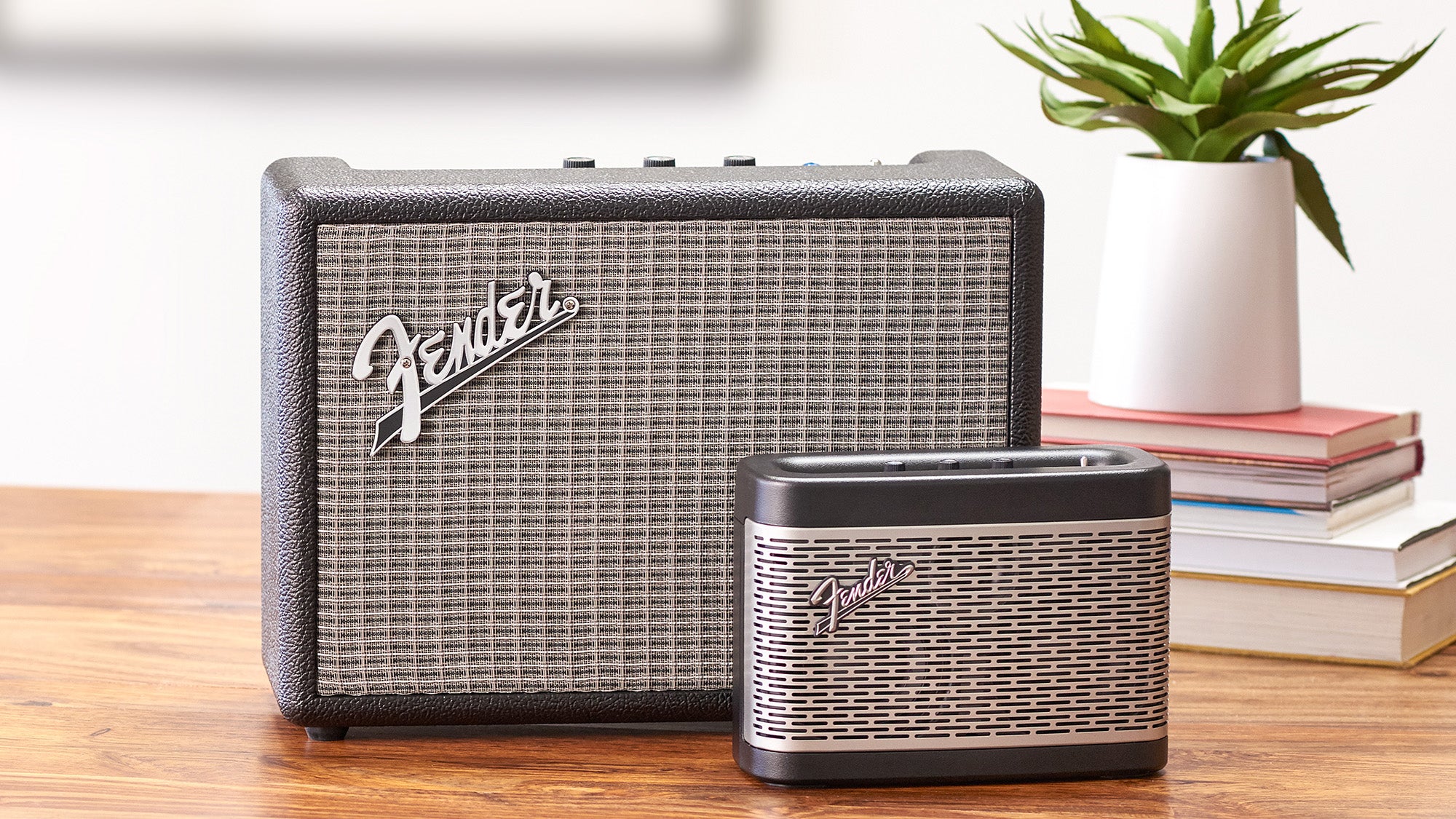 The Monterey alongside its smaller Newport counterpart

The Monterey is even more amp-ish in its styling than its little sibling, the Fender Newport. It really is like a proper little classic Fender guitar amp in almost ever way, from the cloth grille to the faux-leather skin over its hefty frame.

The whole unit feels beautifully built, and it’s deceptively heavy. There’s no carry handle, so you’ll just want to find a suitable spot for it to sit permanently – it isn’t really meant for portability in any way.

On the top panel, the Monterey has a 3.5mm aux input, a toggle switch for power, a blue power light, and buttons for changing source and activating Bluetooth pairing. There’s also a trio of retro twiddly knobs for volume, bass and treble, so you get a little EQ adjustment without having to fiddle around with a companion app – a very nice touch. 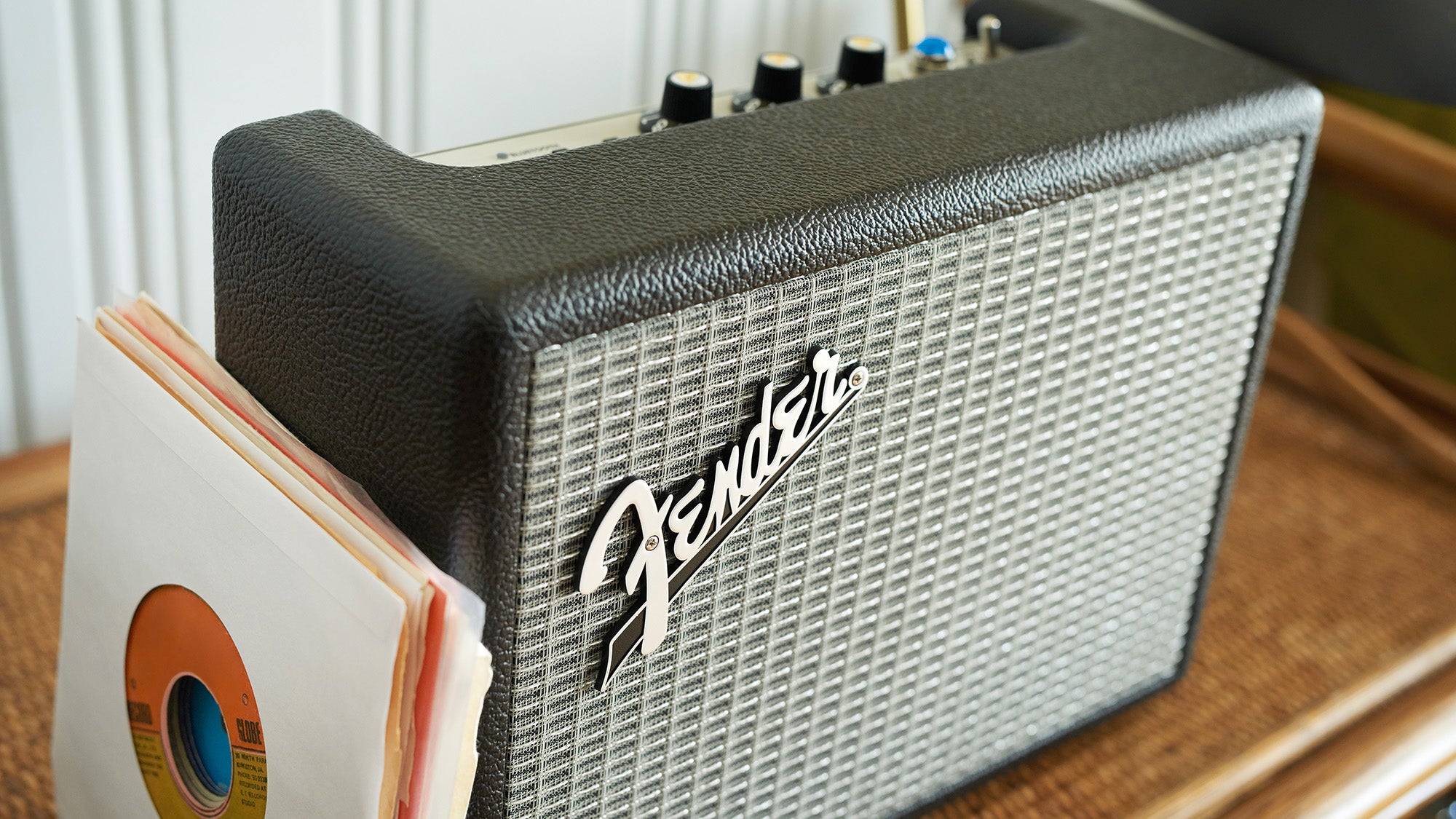 Around the back is a pair of stereo RCA phono sockets for attaching an additional analogue source, and a standard kettle-plug power socket.

In addition to those two line inputs, the Monterey has Bluetooth (obviously) with aptX support for CD-quality streaming.

Behind the distinctive ’68 Custom grille cloth and iconic Fender logo are a pair of 5-inch woofers and two 1-inch tweeters, driven by a whopping 120W of stereo power – 60W per channel.

Turning the Monterey on is an event in itself, since it plays a simple guitar riff to announce that it’s powered up. A different riff plays when it’s paired over Bluetooth. It’s such a sweet touch – plus there are those looks – that you’ll probably have fallen in love with this thing before you’ve even played some tunes through it. 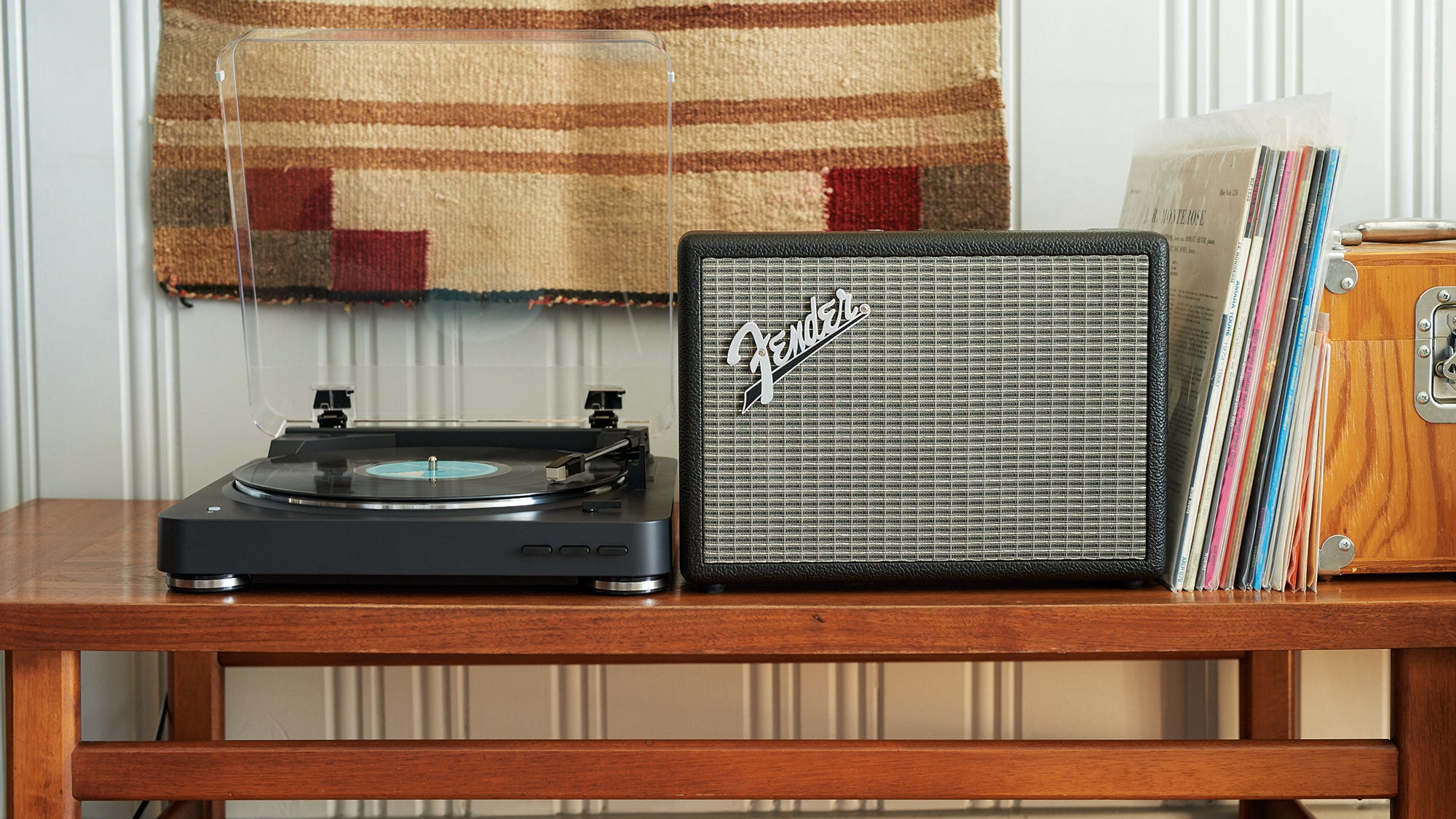 I started from the assumption that 5 on the treble and bass controls might be neutral, but that didn’t really seem to be the case. The top end, in particular, was far too harsh at that level. I settled on around 2 for treble and 3 for bass, but you’ll probably want to play around depending on your room size, musical tastes and typical listening volume.

The scale of audio from the Monterey is really very impressive. It doesn’t sound as small as it is, and can reach truly impressive volumes with little distortion and just a little harshness in the treble.

There’s even some decent stereo separation going on – with the opening of The 1975’s ‘Love Me’ effects clearly come through from the left and right channels.

The Monterey doesn’t have the treble sweetness and mid-range subtlety of the class-leading Ruark Audio MR1 Mk2, though. The Ruark, being a pair of connected speakers, can also be sited quite far apart for a better stereo effect. 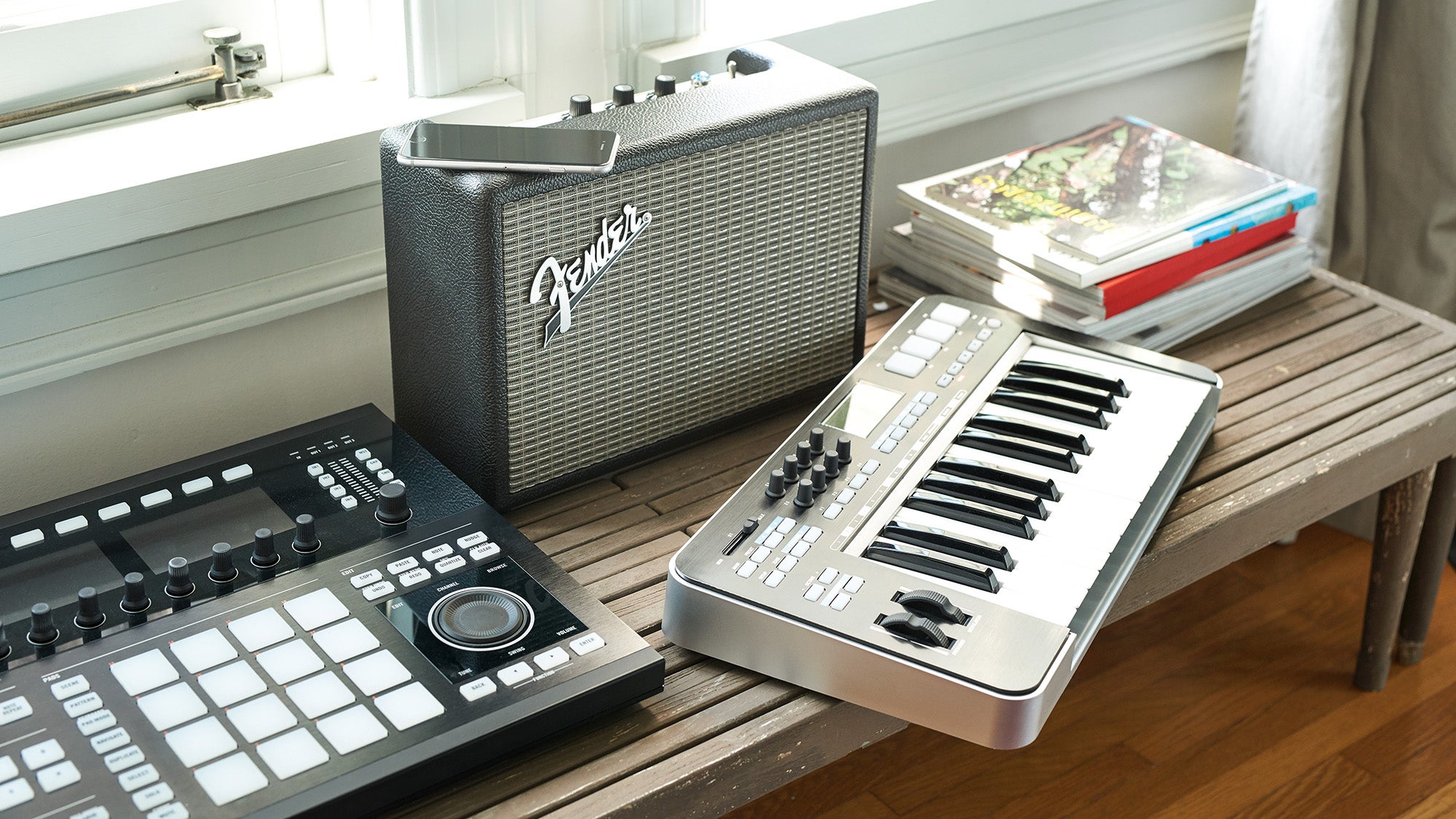 Should I buy the Fender Monterey?

This is one excellent home Bluetooth speaker, with the bonus that it looks super-cool – assuming you like that kind of thing. It sounds huge and even manages some decent stereo effects, plus there’s the novelty of EQ adjustment via physical controls rather than an app.

However, the Monterey doesn’t have the versatility of the Ruark Audio MR1 Mk2, which is only slightly more expensive. There’s no remote control or optical input on the Fender, for instance, so it can’t be used to bolster your TV’s audio. And the Ruark pairing can be made portable via an optional battery pack, too.

Fender fans – and guitar nuts in general – probably won’t care about any of that stuff, though, because the Monterey is just so perfectly styled and sounds great.

An über-chic Bluetooth speaker with excellent sonics that will bring a smile to the faces of more than just hardcore Fender fans.