What is the Feber Dareway?

It spins kids right round, kiddies, right round, like a record… And it will go forward and backward as well. This personal transporter is aimed at children from 5-8 years old, and makes a nice change from the usual electric cars and bikes – you ride it standing up.

Get beyond the novelty of its design, though, and you’ll find it’s more frustrating than it needed to be.

Feber Dareway – What do you get?

Unbox the Dareway and you’ll probably be a little shocked by the level of assembly required; I certainly was. I haven’t spent this long screwing something together since I last bought a gas barbecue. Unlike me, make sure you have a cordless drill or electric screwdriver charged up and ready. 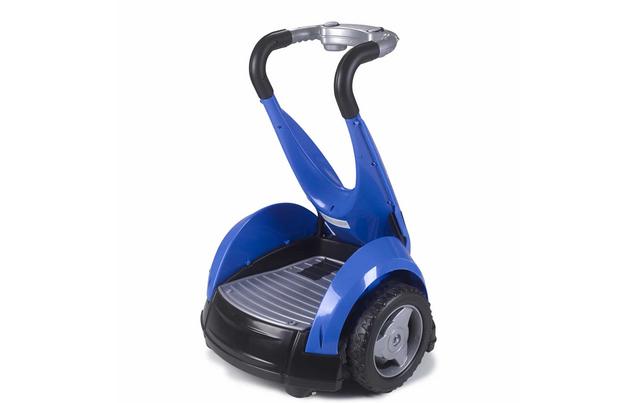 The whole unit feels pretty sturdy once it’s together, although it’s a big beast. You’ll need to find a fair-sized space to store it.

The biggest surprise is that the two main tyres of the Dareway are just plastic, moulded as a single part with each driving wheel. There’s a third caster wheel to stop the whole unit from toppling over, and to aid with that 360-degree spinning fun.

Controls are pretty minimal. There’s a switch on the foot plate that makes it go forward, then left and right buttons on the handlebars that have to be pressed at the same time as the foot switch to make the Dareway turn. Hold all three down at once and you can go backwards.

With all the plastic panels and metal tubing fixed together, it’s time to charge the built-in 12v battery. The charging port could be a little friendlier – you have to unplug a connector hidden beneath a flap on the foot plate before you can plug in the connector from the mains charger. Charging time is 8-10 hours, so you’re looking at an overnighter. 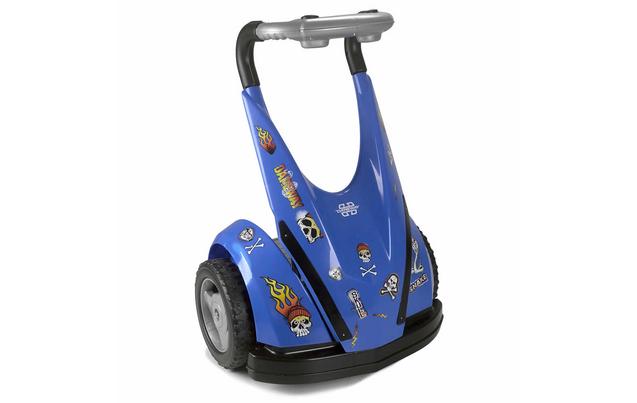 While you’re waiting, there’s an optional sticker set for the kids to do a bit of customisation. I had the blue Dareway, but there’s a pink version available too.

Feber Dareway – How fun is it?

With my daughter stood on the foot plate, hands on the handlebars, and the Dareway on our patio, I urged her to press the foot switch. The motor whined and, well, those plastic ‘tyres’ graunched as they spun on the concrete, struggling for grip. Once they caught, she was off, snaking a little from the wheelspin until the Dareway was up to speed.

Attempts to turn brought squeals of joy, mainly because the Dareway turns so violently, with no finesse. It’s great fun to spin around and around, but not so good for precisely negotiating a route around the patio furniture. With a little practise, though, she became more used to how quickly it turned and was able to time cornering better.

The wheelspin wasn’t something that got better over time, however. Any surface other than a very thin carpet or rubber tiles causes those plastic tyres to struggle for grip. This frustrated my 8-year-old son more than my 5-year-old daughter, with his extra years making him a little more discerning.

Battery life proved to be around an hour, although the Dareway doesn’t have the battery-level meter of the more expensive Dareway Revolution, so you’re a little in the dark. 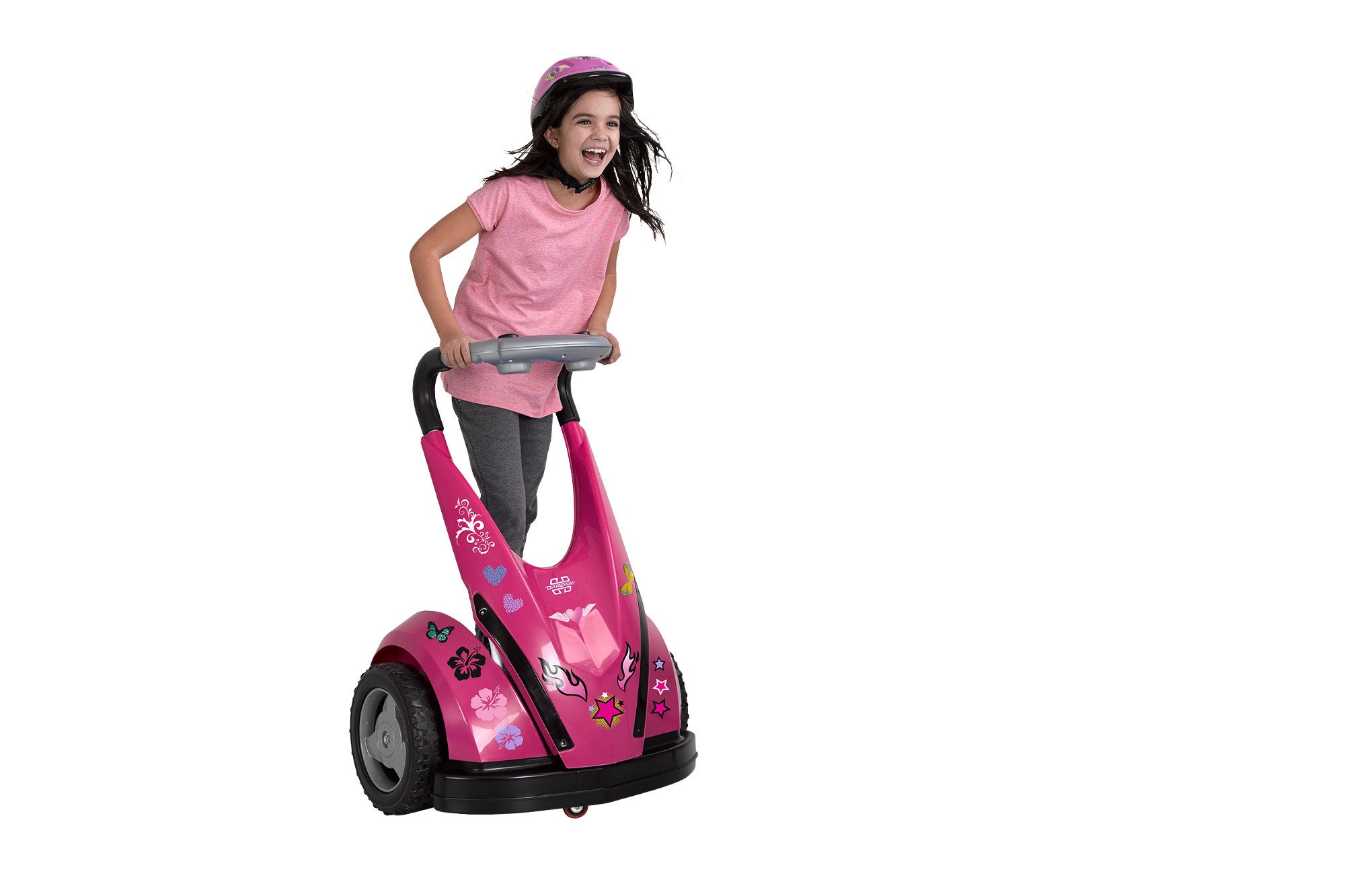 Why buy the Feber Dareway?

The Feber Dareway is pretty fun for kids at the lower end of its age range, with the novelty of motorised motion and that super-fast spinny action. However, the wheelspinning and imprecise turning soon grow a frustrating for older kids. It’s also a big old chunk of plastic to store, and a bit of a chore to assemble in the first place.

The more expensive Dareway Revolution addresses some of the problems by featuring a battery meter and being mostly built straight from the box, but it still has those troublesome plastic tyres and violent turning action.

Fast spinny fun for the younger kids, but frustrating in so many ways that could (and should) have been avoided.