Once upon a time, hi-fi gear used valve amplifiers with vacuum tubes to boost their power and/or amplitude. And then dastardly silicon turned up in the 1970s with its all-conquering transistors, and poor old valve amps slipped away into the shadows, loved by nobody but a few stubborn hi-fi die-hards who refused to move with the times.


Cut to 2011, and it’s fair to say valve amps are undergoing a pretty major renaissance. That ‘stubborn few’ mentioned earlier is turning into a growing tide of hi-fi aficionados who’ve had enough of the supposedly ever more clinical sound coming out of ever more digital hi-fi kit, and are turning back to the ‘old ways’. So much so that what was only a few short years ago a seriously esoteric valve amp market, signified chiefly by terrifying price points, is now starting to get mainstream. Well, maybe not mainstream in a Comet or Currys kind of way, but certainly mainstream in terms of it being something you can now buy without being either rich or obsessed with old-school hi-fi.

Perhaps the ultimate expression of just how far the valve rebirth has progressed is the gloriously named Fatman iTube ValveDock MkII, from TL Audio. For as well as being an iPod dock that uses valve amplification, we’ve also found it selling for just £266. Which includes a pair of rather fetching piano-black speakers. Bonkers.


Actually, bonkers really is a very appropriate word to associate with the Fatman iTube ValveDock MkII. For absolutely nothing about it could remotely be considered normal.


For instance, the iPod dock and valve amp come as two striking separate units, with their own individual power supplies, and joined by nothing more extravagant than a (supplied) stereo audio RCA lead.


Then there are the three valves that jut out of the top right side of the amp like some kind of hi-fi sentinels, creating a warm glow when the unit’s on that inexplicably creates a matching glow somewhere in the recesses of your music-loving heart.


Add to this a big lump of black ‘seriousness’ looming up from the amp’s left side like some kind of mini nuclear power station, plus an extraordinary ‘mirrored’ finish for both units, complete with a repeating wallpaper-like motif, and there is no doubt that you won’t have seen anything quite like the Fatman iTube ValveDock MkII before. Um, unless you happened to own the original MkI version, that is. In which case you can at least attest to the impact this crazy-looking system has on friends and family who behold it.


Perhaps the craziest thing about it all, though, is that to our eyes the whole system is actually rather gorgeous. Especially in a dimly lit room, when the glow of the valves can clearly be seen. Go figure.

There are so many nice touches about the system, too. S-Video and composite video outputs are provided for shipping out any video or photos you might have on your iPod. The packaged speakers connect to the amplifier via banana plugs rather than faffy bare wire connections, with surprisingly high quality banana plug cables supplied. The big volume dial on the amp is a joy to twiddle, and the little support structure for your iPod/iPhone is delightful – as well as being adjustable to take different product widths. 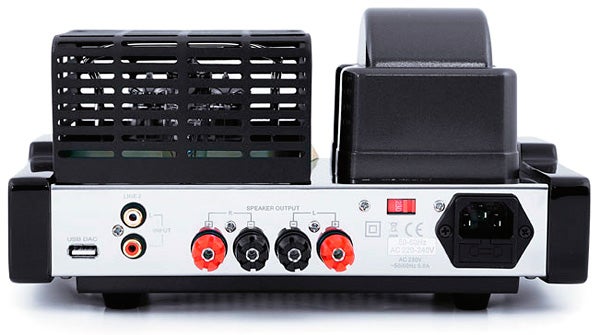 People with curious kids, moreover, can leave a cover fixed over the valves to stop them from getting broken by poking fingers. And best of all from a utility point of view, unlike the original iTube ValveDock, this MkII version has a USB port so you can pipe in the music library stored on your PC.


The MkII ValveDock carries a bit more power than its predecessor too, claiming a healthy 2x25W that threatens to breathe some real life into that music you’ve naughtily digitally compressed onto your iPod or PC. 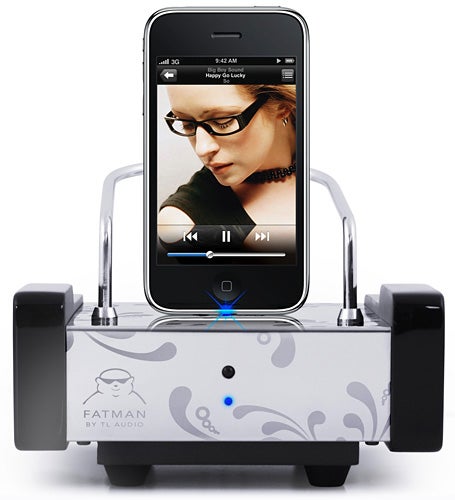 The iTube ValveDock MkII does have a couple of little operational ‘eccentricities’ that might annoy you or make you love it more, depending on your point of view. To control the volume, for instance, you first have to set a ‘master’ volume level using the manual dial on the amp; the volume control on the remote control will only work within the range you’ve established via the manual dial.


Next, there’s no means of switching between the line and USB inputs via the remote. You have to use the spindly switch on the front of the amp.


Finally, as the instructions manual is at pains to point out, it’s strongly recommended that you don’t switch the ValveDock back on within five minutes of turning it off, for doing so could damage those lovely valves.


As a final feature point, we guess we’re duty bound to stress that the iTube ValveDock MkII isn’t equipped with Wi-Fi. But in our opinion this is more than acceptable considering what else the system is offering for its money.

Actually listening to the iTube ValveDock MkII is a striking experience. For the sound is genuinely different to the sort of sound we’re used to from ‘normal’ dock systems. So much so that you certainly don’t have to be a golden-eared audiophile to notice.


Quite how you define this difference appears to depend on who you are. A straw poll of friends, family and colleagues broke down into two quite evenly balanced camps, one feeling that the Fatman’s sound was a little imprecise for their tastes, while the other used words like ‘engaging’ and ‘friendly’. Or, in one memorable case, ‘like a mug of hot chocolate at bedtime’. Bless.


This massively in-depth (eight whole people) bout of research together with our own experience of the Fatman in action suggests two interesting things. One, that the valve sound is potentially a classic case of Marmite. And two, that people who like it really, really like it.

Having spent substantially longer living with the Fatman than our straw pollsters, though, this writer would like to add an extra dimension to the debate: a feeling that the valve sound is a grower. At first, its playback of our iPod and PC tune collection sounded a touch ‘baggy’, for want of a better word, with slightly uncontrolled trebles and what felt like slight timing issues. But the more time went by, the more we started to suspect that our initial resistance to the Fatman’s sound was just coming from it sounding so different to the more clinical sound we’re used to. In the end, to our surprise, the Fatman’s ability to achieve a quite warm, relaxing tone with our usual iPod fodder turned out to be quite endearing.


On a more objective level, we also grew to appreciate the Fatman’s volume flexibility. By which we mean the way it retains detail and balance across a noticeable wider volume range – including quiet levels – than you tend to hear with other types of amp.


If we have an enduring concern about the Fatman, it’s a nagging feeling that a system of this relatively casual sort, by its very nature, couldn’t possibly hope to reap the greatest advantage from the valve technology it so boldly employs.


But even as we write that, we feel guilty about hurting the iTube ValveDock MkII’s feelings. For while neither its looks nor its sound will suit everyone, it has enough character and eccentricity to actually make you feel a bizarre kind of kinship with it.


Indeed, the wrench we’re currently feeling at the thought of having to give the Fatman iTube ValveDock MkII back at some point is unusually strong. But then, if we’re honest, this sliver of wonderful hi-fi madness had us at ‘Fatman’…