The more you think about it, the more surprising it is that nobody came up with Fatman’s approach to the iPod speaker system any sooner. We all know that if there’s anything you can accuse today’s digital sound sources of, it’s a coldness or even sterility of tone, and that if there’s anything valve tube amplification can bring to sound, it’s warmth. When the two are combined by a company with experience of valve amplification – and Fatman’s parent company, TL audio, has just that – then you can create something really special. We had a few minor reservations about the original FatMan iTube ValveDock when we looked at it in November 2007, but came away feeling it was a great sounding, well-made and gorgeous looking iPod amplifier. Since then, Fatman has come up with several more variations on the same basic theme, the latest being the iTube ValveDock Carbon Edition Mk2, or as most people seem to call it, the Carbon Mk2. 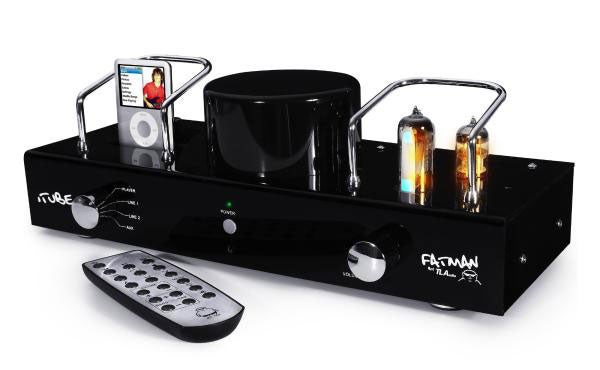 Unlike the original ValveDock – and like Logic 3’s clone, the Valve 80 – the Carbon Mk2 is a one-piece amplifier, consisting of a single black block with the iPod dock separated from those three gorgeous, glowing vacuum tubes by a hefty round transformer. As before, your iPod slots neatly onto the standard Apple dock connector, where it’s supported by a rest which can be slid into the correct position then locked in place with a thumbscrew. The Carbon Mk2 is compatible with the iPod touch, iPod Classic and all four generations of nano, and while it doesn’t match Apple’s strict guidelines for TDMA noise – meaning it’s not accredited for Apple’s “Works with iPhone” programme – it will work perfectly well with the device if you switch your wireless connections off in use.

This is a higher-end product than the ValveDock, and there are other physical differences between the two. We now get two auxiliary stereo phono inputs on the back instead of one, and these are joined by a 3.5mm line-in, which is ideal if you fancy the amp but don’t like iPods. The Carbon Mk2 also packs in S-Video and Composite video outputs, though on the downside there’s no headphone output. Specification-wise, the main difference is the power output: 25W per channel as opposed to the ValveDock’s 13W.

One thing carries across from product to product, however, and that’s that the Carbon Mk2 looks stunning. It’s gloss-black exterior and design are actually a little more understated than the ValveDock’s illustrated chrome finish, and you can imagine the Carbon Mk2 sitting more comfortably with a wider range of décor and existing HiFi equipment. Build quality is extremely solid, and as before that translates to the supplied accessories. Our review unit came with a pair of rear-ported, two-way bookshelf speakers, and to connect them a set of thick, high-quality terminated speaker cables. Decent stereo phono cables are also supplied, and the bundled remote control is a huge improvement on the ones thrown in with lesser iPod speaker systems. The 19 buttons cover just about every navigation and control option you could want, though actually working your way through menus from across the room requires hawk-eye vision – even on an iPod touch. Fatman might also want to take another look at some of the button positions. Who expects to find volume up on the left and volume down on the right? 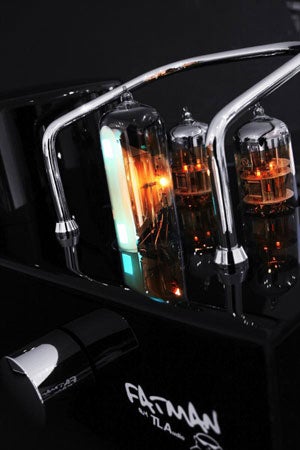 Still, any minor criticisms fade into the background once you get the Carbon Mk2 up and running. As with the iTube Valvedock, part of the pleasure is visual; there’s something about watching those valves heat up and glow with life that warms the cockles of your heart, and most of us will rapidly remove the protective plastic cage that sits over them for shipping so that we can do just that. The long-term enjoyment, however, is all aural. Without the B&W Zeppelin here I can’t tell you whether this is the best sounding iPod speaker system on the planet, but I can certainly tell you that it’s in the top tier. 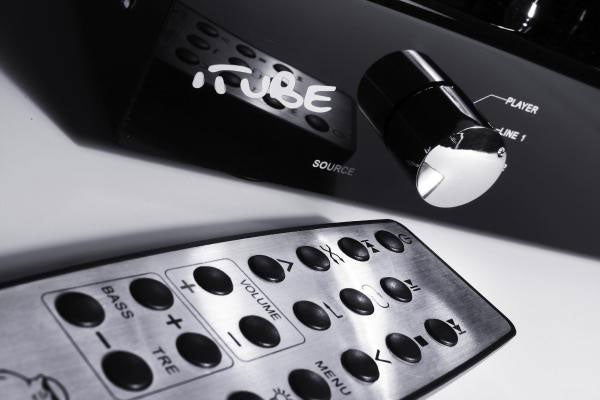 Admittedly, that comes with a pretty hefty caveat. If you buy the Carbon Mk2 as a system with the bundled speakers, you won’t hear the amplifier’s full potential. Even given some time to run in, the speakers are competent for rear-ported bookshelf jobs, particularly with some sympathetic positioning, but nothing more. The bass feels a bit boxed in, while the top-end feels slightly muffled. You get all the warmth you expect from a valve-based system, but not the clarity and refinement you’d expect from a half-decent HiFi, even at what we’d still call a budget level. What’s more, you have to whack the volume up a fair way before you hit the sweet spot where your music sounds really good. Will the Carbon Mk2 with speakers knock most other iPod speaker systems or MP3-friendly micro systems for six? Undoubtedly. Could it replace your existing stereo components? Probably not.

Plug in your own choice of speakers, however, and it’s a very different story. My much-aged, much-loved Wharfdale Diamonds put in another cameo appearance, and instantly the quality of the sound and the dynamics took on a different character. Whether pumping out classic Led Zep, the melodic bluegrass of Alison Krauss and Union Station or the huge, synthetic basslines of Ladyhawke, the Carbon Mk2 sounded fantastic, crisp and beefy at the low end, rich and creamy in the mid-range and detailed at the top. There’s enough range to handle the huge shifts in volume and tone of the funeral march from Wagner’s Gotterdammerung, but enough speed and accuracy to cope with the hard-edged beats and funk guitar of Maroon 5’s Make me Wonder. And if you want to rock out to Back in Black on your Carbon, you don’t need to worry: riffs don’t get much bigger or crunchier than you’ll hear from this. In addition, with the Wharfdales attached the audio goodness kicks in at much lower volumes – and we can’t always play our music as loud as we like, can we? 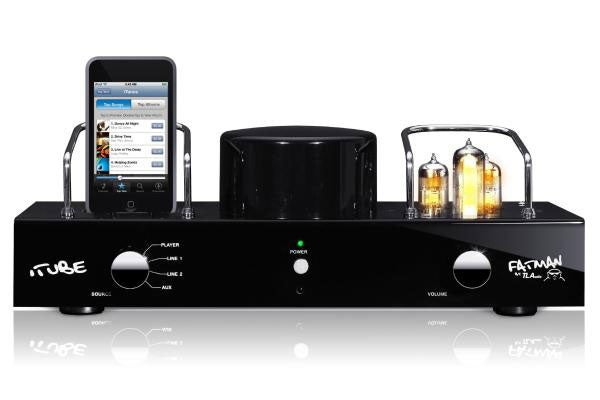 And this is the beauty of the Carbon Mk2. Unlike Logic3’s compromised Valve80, you can buy the amplifier unit on its own and fit it out with whatever speakers you like best. For just over £350 you could buy a Carbon Mk2 and a pair of Tannoy F1s or Wharfedale Diamond 9.0s and have the makings of a pretty good iPod-based HiFi, then upgrade to floorstanders or high-end bookshelf speakers when finances allow. Sure, poorly compressed music won’t stand up as well as conventional CD sources, but use high bit-rate AAC files or Apple Lossless and you’re laughing. What’s more, the powerful Mk2 will be able to cope with most sensible volume levels. In fact, the only reason I can think of not to take this route is that for a few pounds more you could have the incredible B&W Zeppelin, which you should probably audition if you’re on this sort of budget. 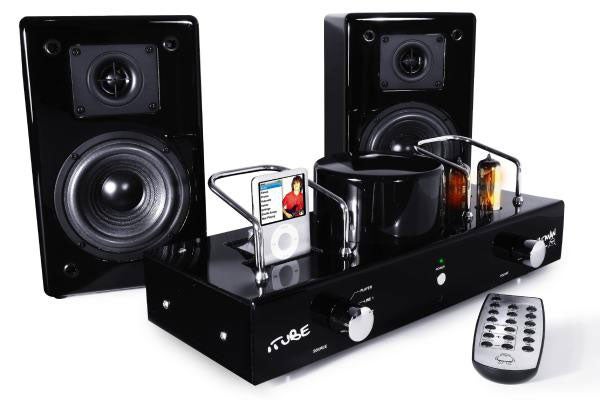 What I would say for now is that the Carbon Mk2 has made the stack of HiFi equipment sitting in a corner of my office seem that little bit more redundant than it did already. I could happily swap the lot for a Carbon Mk2 now, and enjoy the convenience of an iPod-based system using my old, familiar speakers with very few quibbles. What more recommendation do you need?


The bundled speakers aren’t perfect, but team the Carbon Mk2 with your own selection and it’s the perfect building block for an iPod-based stereo.