Few games since the Burnout series have managed to capture the thrill of skating from one near miss to another, charging you with chasing towards a vanishing point at the centre of the screen and dodging all that comes before you in the process.

It’s a touch ironic, then, that Fast & Furious: Legacy – which attempts to tap into this same sense of recklessness – comes at a time when Burnout itself is out of favour with its publisher Electronic Arts. Nevertheless, there’s a definite attempt to ape Criterion’s classic franchise here – albeit for the smartphone era – and to a degree, it’s hard to argue it isn’t in part successful. 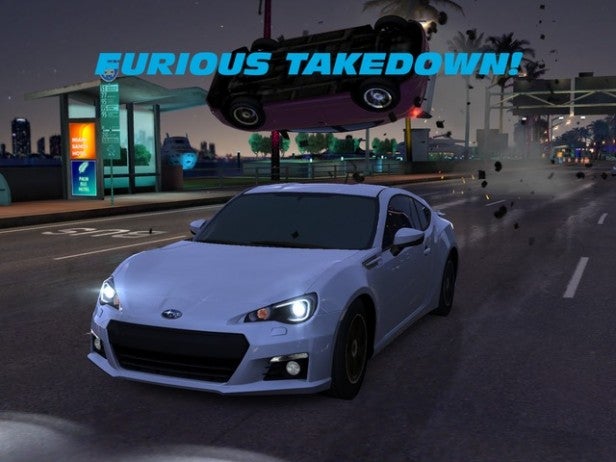 In essence, Fast & Furious: Legacy is a compendium of different mini racing games all brought under the Fast & Furious banner, with a vain attempt to tie the races together with a plot that sees you attempting to prove yourself and ingratiate yourself with the “family” in various races across the globe. Boil it down, however, and what’s at hand are standing drag racing contests, games of dodge the traffic, ‘takedown’ challenges and drift racing.

In story mode, Fast & Furious: Legacy attempts to mix things up, making sure you’re not bogged down in one type of challenge or other by throwing multiple different race types at you within each city. Fast & Furious: Legacy’s base appears to be traffic dodging, however, where touching the left or right of the screen to change lanes in the appropriate direction in order to slip through freeway traffic – or, in particularly exciting encounters, escape police road blocks – is the order of the day.

Your momentum, nitro boosts aside, is handled for you, which means your only task is get through each race unscathed, with close encounters with traffic or drafting behind them at close quarters filling your boost bar at double speed. 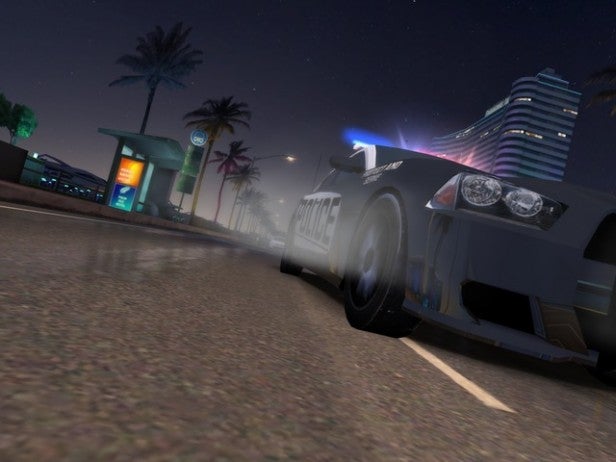 Drag races are a far simpler affair and draw wholly on the model set in place by Drag Racing and CSR Racing before it, with timing your gear shifts the key to edging ahead. Both takedowns and drift races are a far less precise science, sadly – the former playing out much like the standard races, but requiring you to either to slam into your rival from behind or squash them side on, preferably causing them to plough straight into civilian traffic in the process. It’s all a bit jerky and, because of the control limitations, never feels as fluid or satisfying as takedowns in the Burnout series did.

Drift races are equally below par, with the task being to guide your car around a series of turns by sliding your finger in either direction, as if steering the nose of your vehicle. A line ahead of you indicates your target time, though managing to keep to the desired path as indicated on track as you slide around one corner after another is neither intuitive nor clear cut: It all feels utterly random, and there’s little satisfaction when you beat your target time, because said mode lacks the precision needed to make you feel like you’ve achieved anything when things go right. 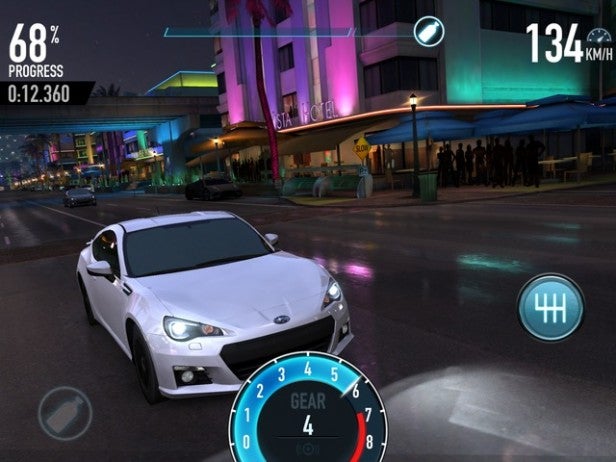 As a package, however, it’s hard to argue that Fast & Furious: Legacy isn’t engaging. The wealth of challenges on offer, the slick graphics and film references overall play out to deliver a coherent and captivating experience. Arguably, the game’s one weak point is its implementation of the free-to-play mechanic.

Kabam is no novice when it comes to pumping out F2P releases and this isn’t a game that starts attempting to prise your wallet open unnecessarily. Indeed, even after the stores of currency you’re gifted at the start of play runs dry, Fast & Furious: Legacy makes every effort to ensure you don’t close down the app and quit racing for good. As well as the typical rewards that come with successful races (enabling you to upgrade your vehicle to keep up with the rising challenge), there are also bonus gifts that pop up every now and again designed to make sure there’s an incentive for playing on.

Even the game’s take on grinding is fairly entertaining. Outside of the main story mode, which has races locked off until you’ve upgraded your vehicle to the appropriate class, you can take on one off races to win the points needed to fit new parts to your car. It all flows quite smoothly, and as long as you enjoy the game’s mix of challenges, there’s no need to part with your cash simply to make up XP.

It’s Fast & Furious: Legacy’s energy system – delivered in the form of needing to have an oil change every five races before you can take on another challenge – that stands in the way of you and continuous racing, however. Again, you’re initially handed a load of tokens that help you skip the time you need to wait for said oil change to occur (two hours being the period in question) and, indeed, you’ll win further tokens as surprise gifts as play progresses, but there will nevertheless come a point where it’s a case of waiting, or paying to race. 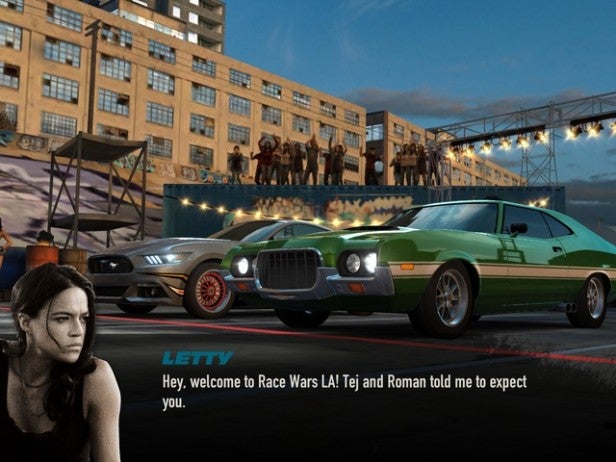 That’s fine, but navigating your way through Fast & Furious: Legacy’s maze of menu systems in order to part with your cash – or even grasping what you’re paying for and why – is no small undertaking. There’s either been a major failure within developer Kabam’s UI department, or the developer is simply hoping to bamboozle players into paying. In short, there’s simply too much going on and, even though it all sounds straightforward enough when laid out on the screen here, it took a fair amount of unpicking before we got to grips with just how Fast & Furious: Legacy’s in-app purchase system works.

Even so, even for those willing to wait the time out rather than paying to play on, Fast & Furious: Legacy is entertaining enough to warrant dipping into every now and again. Impressive presentation and largely solid, if unspectacular, gameplay make this a title that’ll do its associated Hollywood heavyweight no harm whatsoever.

Verdict
Sleek and super shiny, Fast & Furious: Legacy is a collection of different racing mini games brought together by the Hollywood franchise of the same name that delivers when it comes to entertainment, even if its take on free-to-play is, at times, a little confusing.