While mostly forgotten now, one of Bethesda’s highlights when it came to the Xbox 360 was its DLC for The Elder Scrolls IV: Oblivion – specifically Shivering Isles. Taking you to a completely different setting and adding a huge chunk of game onto something that was already gargantuan, it was the perfect way to keep players interested even after hours of investment. Far Harbor is Fallout 4’s version of this.

Absolutely rammed with content and, once again, transporting you to an area that feels completely different from The Commonwealth. This is the expansion that will drag you back into Fallout’s world.

All set up thanks to the disappearance of a teenage girl, you’ll soon find her absence forms just a small part of a much greater narrative, as you’re also tasked with mediating a potential war between the island’s three factions.

The main reason for said spat is Far Harbor’s somewhat troubling radioactive fog. A superb addition on Bethesda’s part given it’s what really separates the new locale from the main game, it serves as both a hindrance to the human race and a joy to the somewhat bonkers Children Of Atom – they love a bit of irradiation. Then there’s a group of rogue synths who simply want us all to get along. 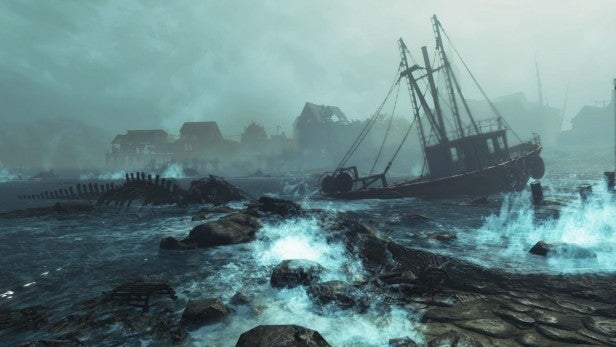 Naturally this war triangle exists purely to supply you with quests and bottle caps, but it also does a great job of pulling at your moral heart strings. Fallout 4 always shone brightest when the decisions put at your feet weren’t just ‘good’ and ‘bad’; Far Harbor arguably does it better. You can follow your gut, sure, but it’s not going to result in a picture-perfect ending.

Nor should it either. Far Harbor is a wreck of a place with plenty of surprises that drag it down further still. All this comes together to create a terrific atmosphere and, again, one that stands out from everything else you’ve come across before. Ripe for exploration, you’ll even witness the odd radiation storm which continues to ram the point home how far from Boston we are.

On top of this, Far Harbor sticks to the normal DLC tropes, so along with a bucketload of new quests, there’s also a decent amount of new items to discover, a new companion to find (and love) as well as new settlements to build. This all fits into Fallout’s foundations as you’d expect – much like the last few games in the series, they follow a very strict pattern – but Bethesda doesn’t like to rest on its laurels.

Much like the ‘Painting’ quest in the aforementioned Oblivion, or the ‘Simulator’ mission in Fallout 3, Far Harbor tries its luck by pushing the boat out and succeeds as much as it trips over its own feet. To spoil it here would take away the fun, but there is a very specific, and original, spin waiting for those who take the plunge.

It most definitely has its moments – and, more importantly, will grab your interest almost immediately – but the execution is just a tad wonky. Thankfully it doesn’t dominate proceedings to any great degree, and anyone hoping for something a little off-the-rails won’t be disappointed.

The highpoint of Far Harbor, however, will come to those who bring Fallout 4’s best secondary character with them: Nick Valentine. Obviously if you’ve just read that and instantly disagreed with the sentiment then disregard everything following, but the narrative in place reveals a greater understanding of his past, something that the main story more than hinted at. Not only is it interesting, but it gives the plot an extra kick. Throw in that Valentine still has the best jabs of all your companions, and it’s just a way to heighten the experience simply by making a gameplay-related choice.

It’s fair to say that Far Harbor is an expensive piece of DLC, but it’s hard to argue with the amount of content you get in return. It’s not all guns ablazing either – there’s a greater sense that anyone with a high charisma ranking can talk their way out of situations. I doubt anyone is going to want to replay such moments to see how they can differ, but there’s a more flexible way to deal with things when an ‘in-the-moment’ decision comes out of nowhere. You can use your wit. Unless your character is an idiot. Then just shoot… 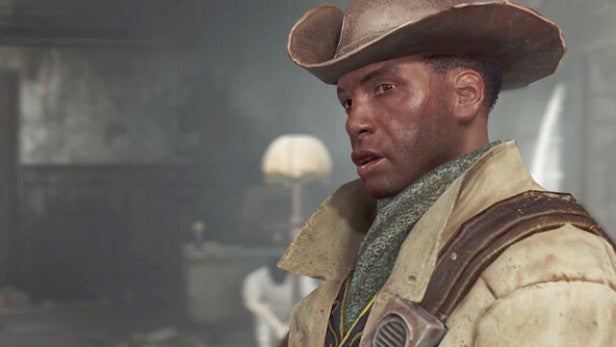 Far Harbor is the quintessential Bethesda expansion, giving you more of what you assumed with a few twists that make it feel worthwhile. Plus it has giant insects for you to fight. And who doesn’t want that?

If you played Fallout 4 till your eyes bled then it’s still probably best to wait a tad before seeing what’s on offer here. But if the wounds have healed, you’ll be all the more willing to injure yourself again.

It may be as predicted, but there’s nothing wrong with that.

Fallout 4’s Far Harbor DLC is a great expansion of everything that made the game so good in the first place. If you wanted more, then you’ll be beyond pleased.