The Fairphone comes with Android 5.1 Lollipop. Considering Android Marshmallow’s increasing prevalence, it would have been nice to see it on this handset, especially since the company has put so much emphasis on longevity.

In a post on the Fairphone forums last August, one of the company’s staff stated the following in response to a query about Marshmallow: “It is not yet clear what the software update/upgrade path would be, so I’d like to end rumors and be clear that we cannot state that an upgrade is “very likely” for Fairphone 2.

“We’ve learned from the past not to make promises we can’t keep, especially as these software upgrades require agreements from third parties. 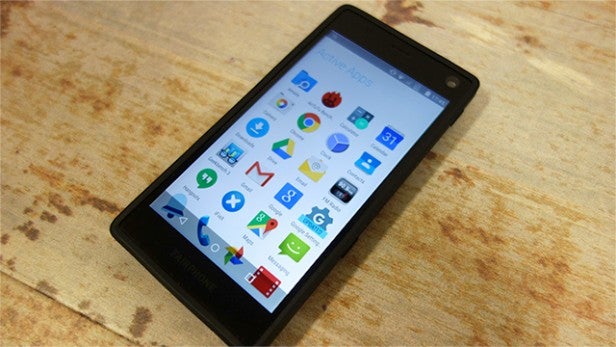 “We’ll be releasing more information about the process and why it’s difficult to know if we can or cannot have an upgrade past 5.1 on Fairphone 2.”

In April 2016, a community manager for the Fairphone forum confirmed that there were no further updates on whether the Fairphone 2 would be receiving an Android update. In short then, you’re stuck with Lollipop – at least for the time being.

For me, this somewhat throws a spanner in the works when taking into account the “longevity” of the device. Fairphone wants you to use its handset for the next five years, but for most, the thought of using Lollipop for that long will be a less than appealing prospect.

Even if the phone eventually receives an upgrade to Marshmallow, the OS will be outdated in five years’ time, especially now that we’re already getting early looks at Google’s next mobile OS, Android N.

It should be noted that Fairphone is making its source code available to the open source community and is working with developer communities. This means we could see alternative operating systems become available in the future. However, there’s no definite word on what we’ll see and when. 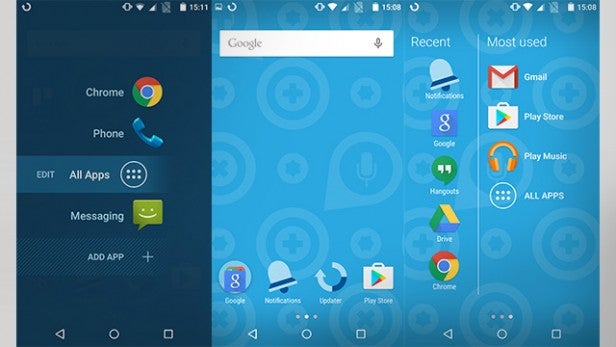 One thing that the Fairphone does have going for it when it comes to software is an unobtrusive Android skin. The notifications shade remains untouched, but the button to open the app drawer has been moved from the bottom-centre of the screen. You can find it by swiping right from the homescreen, where you’ll also discover a list of recent and most-used apps. Swiping left from the homescreen will take you to a list of your recent and most-used contacts.

Other than that, the OS remains largely untouched. Apps in the app drawer are categorised into those you use most and those you haven’t used for more than a month. In addition, privacy warnings pop up when you install new apps, which will assign a “privacy impact” to the software based on the permissions it’s asking for. Plus, you can turn off notifications for individual apps using the “notifications” option on the homescreen.

All in all, the OS will be familiar to Android users, and the extra touches don’t intrude too much upon the stock Android experience. There’s also nothing in the way of bloatware, which is a big plus in an age where packing third-party programs into a handset has become the norm. 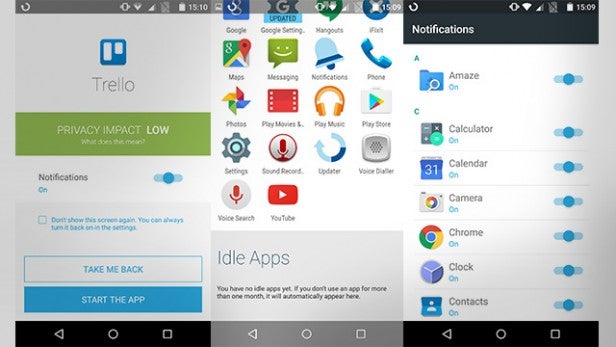 It would have been nice to have the option to put the app drawer button back in the bottom-centre of the screen, but other than that, the Fairphone’s software works well.

The Fairphone 2’s Snapdragon 801 chip is identical to the one used in the HTC One M8 and Samsung Galaxy S5. In terms of processing power, then, it means the Fairphone 2 is in line with handsets from 2014.

Despite this, I didn’t encounter any slowdown or crashes. In comparison to other mid-range phones, while this ethical handset may not be able to compete on paper, in day-to-day use it isn’t noticeably worse than other phones in this range. Apps open without much of a pause, I didn’t experience any crashes or slowdowns, and I didn’t notice the phone becoming too hot. 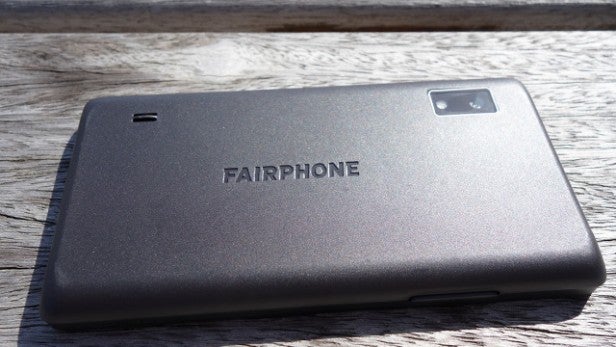 However, when using the camera app, there exists a noticeable pause between hitting the shutter button and the photo actually being taken. However, this may be an issue with the camera itself, rather than the software.

In the AnTuTu test, the Fairphone scored 47,009 – higher than both the Nexus 5X and OnePlus X, and only just shy of the higher-end Nexus 6P’s 50,030. So despite the Fairphone’s slightly outmoded spec sheet, its benchmark scores indicate that the headset will perform perfectly well. 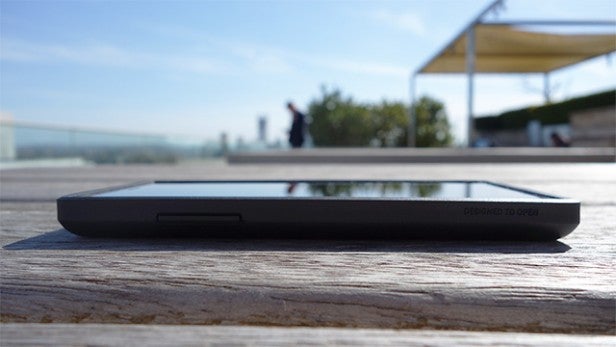 The 32GB of flash internal storage means you’ll be unable to store much in the way of music before the handset begins to slow down, but the makers have helpfully provided you with the option to add a further 64GB using the microSD slot. It isn’t quite the 128GB offered by higher-end handsets, but it will be sufficient for storing a few extra apps, music, and other media.

The fact remains, the Fairphone performs well enough for the average user – which it should when you consider its high price. My OnePlus X is just as fast, if not faster, and costs only £200. Of course, the modular design means you’ll have the opportunity to upgrade the core internals in the future, but considering a core module currently costs €316 (£250, or $360), it seems a bit much.