Aiming to inject some much-needed environmental awareness into the smartphone market, Dutch startup Fairphone debuted its first smartphone in 2013. 60,000 people bought the original handset, and three years on, the company has introduced its Fairphone 2, marketed as the ultimate ethical smartphone.

The Fairphone 2 costs €529 (around £415, or $600), which appears fairly steep when you consider that its specs just about put the handset into the mid-range category. However, the makers of the world’s first commercially available modular smartphone are keen to promote the device’s longevity as justification.

Made of six core components and easy to dismantle, the idea is that instead of buying a new phone, you upgrade and repair the Fairphone 2 yourself, reducing the environmental impact that comes with companies churning out a new handset every year.

With such a high price, and somewhat underwhelming internals, the noble philosophy behind the Fairphone 2 isn’t quite enough to make the phone itself worth recommending to anyone but the most environmentally conscious.

How is the Fairphone different?

When it comes to sourcing the materials, Fairphone uses as many conflict-free minerals as it can. Through partnerships with ethical sourcing initiatives in the Democratic Republic of Congo, the group has managed to obtain conflict-free tin and titanium, and aims to increase the number of ethically sourced materials in the future.

The group also works with manufacturing partners that provide fair working conditions for their staff, and have some sort of social and environmental awareness programme. 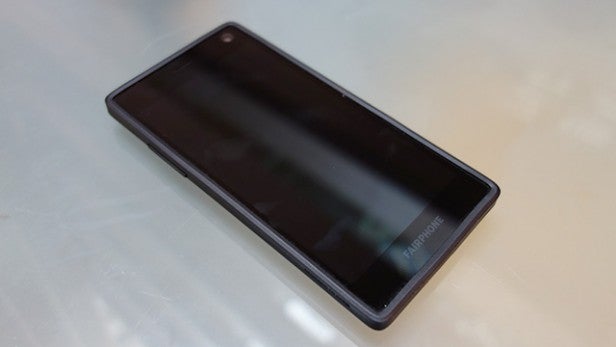 Design-wise, Fairphone aims to hand control over to users. By adopting a modular approach, the company has made it much easier to repair and modify the device, extending the phone’s lifespan and allowing for certain parts to be recycled.

The group has also partnered with 3D Hubs, the world’s largest 3D printing network, which will be producing accessories for the Fairphone 2. If you place an order for an accessory, it will be created at the closest printing hub to your address. The idea is to reduce production lead times and shipping costs.

Fairphone is also partnering with The Phone Co-op, the UK’s only customer-owned mobile service provider. Both Fairphone and The Phone Co-op promote the idea of openness and “people power”.

The first thing you’ll notice about the Fairphone 2 is its bulk. There’s no chance you’ll be able to fool folk into thinking you have a Samsung Galaxy S7 or HTC 10. If you’re hauling the Fairphone 2 around, it will be obvious. 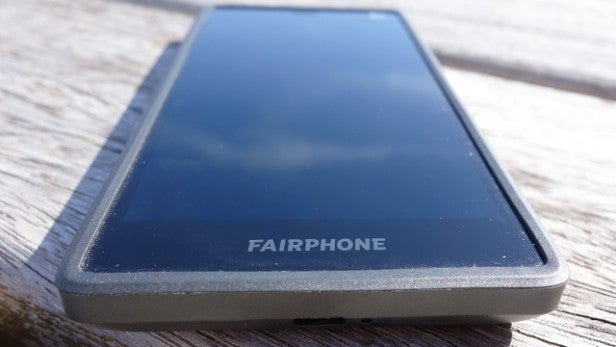 In terms of practicality, the Fairphone 2 isn’t a handset I’d want to carry around with me all day. At 11mm thick, it’s a monster by current smartphone standards. Compare that to the current mid-range offering I’m using, the OnePlus X, which comes in at 6.9mm, and the Fairphone’s design seems rather outdated. It looks like a prototype for the first ever iPhone, which incidentally was 11.6mm thick, putting the Fairphone in line with a smartphone design from 2007. 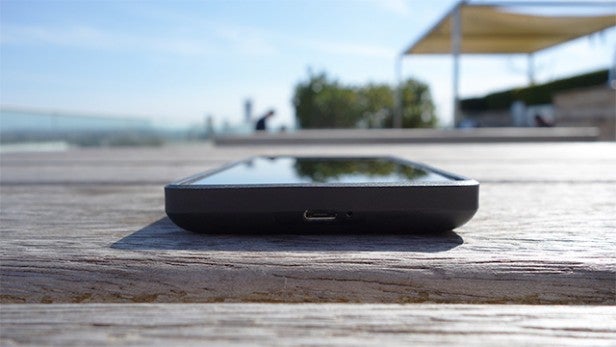 Still, at 168g it certainly doesn’t feel too heavy. Its hefty form just makes it somewhat impractical to carry around.

Also an issue is the removable plastic back/case. Being a modular phone, the rear obviously has to be detachable, but the method chosen by Fairphone to achieve this leaves much to be desired; it’s nothing short of an ordeal

The bendable plastic wraps around the sides of the phone and overlaps the edges on the front. Rather than snapping the back/case into place, you have to kind of wrap the phone in it – often having to use your nails to ensure the rubber seal sits on the front of the phone properly. In this regard, the rear of the device is more like a case for the phone, the upside of which is that you’re getting a pretty hardy device.

However, getting the rubber seal in position on the front of the phone required some effort. It becomes easier the more you do it, but frankly, the process is pretty irritating – and since it’s the first thing you have to do, it isn’t a great introduction to the Fairphone. 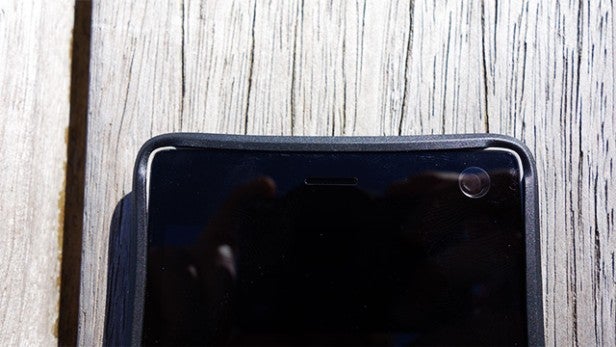 The backs are available in five options: black, black translucent, blue matte, blue translucent and transparent. I was sent the black version, but no doubt the others are equally painful to attach, if slightly more attractive.

On the right side of the device you’ll find the power button and physical camera shutter button (you can still use the on-screen one if you prefer). On the left, you’ll find the volume controls. Along the top of the device sits a 3.5mm headphone port, and on the bottom is a micro-USB port. If longevity is the idea here, Fairphone might consider releasing a new module with a USB Type-C port in the near future.

So, what about the modular aspects of the phone? Well, there are six components that make up the bulk of the Fairphone 2: the camera, battery, display module, core module (containing most of the connectivity, the Snapdragon 801 chipset, the SIM and SD slots), bottom module (containing the speaker, vibration motor, USB port, and mic), and the top module (containing the receiver, headset connector, LED, light, and proximity sensor, front camera, and mic). 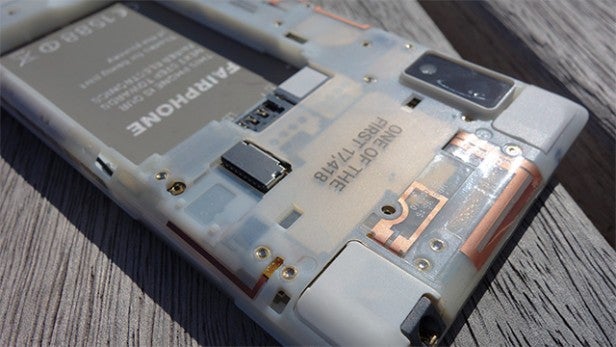 All of these have been designed to be easily replaceable, with only a small Philips screwdriver required to dismantle the various parts. The teardown specialists over at iFixit were so impressed by the Fairphone, they awarded the device a 10 rating for repairability – which is a rare occurrence.

What’s more, the Fairphone also includes a a couple of nice extras, in the form of expandable storage via a microSD slot and dual SIM support, if you want to use the handset as both a work and personal phone.

Overall, especially considering the price, the Fairphone 2 feels cheaper than you’d expect. Its modular design has numerous benefits, but purely from an aesthetic point of view, this is an unrefined-looking device, which also makes it fairly impractical. 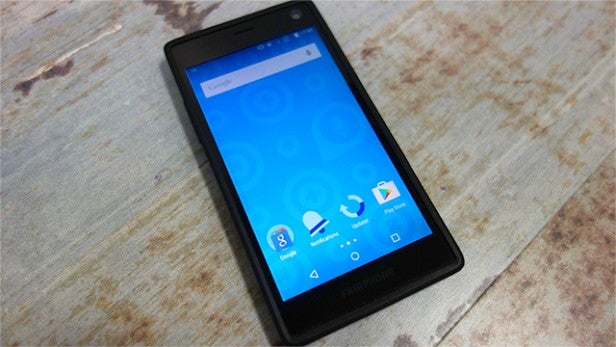 Fairphone has also opted to use an LCD panel in its latest handset – and it does the job. Colours aren’t as vibrant as those displayed on an AMOLED panel – often favoured by manufacturers such as Samsung – but nevertheless, the Fairphone 2’s display does a decent job of reproducing natural-looking colours.

The fairly large bezel, however, does little to attenuate the overall outdated feel of the design.

While this screen won’t be able to compete with the displays featured in top-end devices, such as the Galaxy S7 or LG G5, the Fairphone’s screen will easily hold up against other mid-range offerings on the market.