Codemasters has slowly but surely refined its F1 formula in recent years. Much like with other annual sports titles, some years feel like a small step, others a giant leap. F1 2017, with its introduction of new modes and features, is the best entry in the series.

With the addition of an incredible amount of depth in the career mode, excellent championships and the return of classic cars, a few bumps and scrapes aren’t enough to hold back what is a great racing game.

Codemasters has created the closest thing we’ve ever had to a proper racing RPG with F1 2017’s excellent career mode. Finally, rather than moving from race to race, drivers have a wealth of things to do between grand prix weekends, thanks to an incredibly in-depth R&D department and engine management.

Now, players must work to maintain every part of their engine, finding the compromise between speed and durability. Driving like a maniac, riding curbs in every race and enjoying the rumbling of marbles under your seat, will see you go through all your engine components long before the F1 calendar is over. You’re only allocated four of each component, so requiring any more than that will result in severe grid penalties. Just like in real F1, you’re going to have to manage not only what’s going on outside the car, but inside it, too.

It’s a truly excellent new feature, giving the option to tinker and strategise every race beyond the need to try and drive as fast as you can. Are you willing to take a gearbox with 45% wear into a race, risking a sudden fault and losing a gear mid-race, or switch to a brand-new component and suffer the grid penalty? It gives F1 2017 a new level of tactics that the series has so desperately needed.

Ahead of the Monaco GP, for instance, my entire engine was shot to pieces. Every component was on its last legs – especially the gearbox – and, driving with an automatic transmission, there was little I could do to limit the damage. I decided that, with this circuit being my worst, I’d suffer the lesser power and performance before switching to all-new parts in the next race. However, during practice, qualifying and the race itself, the whole plan disintegrated.

First, my gearbox went, skipping fifth, making acceleration a nightmare. Then the electronics were suffering, meaning I wasn’t getting as much power into the tyres. I finished dead last and there was nothing I could do, but it made the experience so much more gripping. This is because the player can constantly tinker and alter race settings while in the car, thanks to a very in-depth UI.

A quick look at a real-world Formula One racing wheel will show you all the settings at a racer’s fingertips, allowing them to change the amount of fuel being fed to the engine, check lap times and much more. Codemasters has done a superb job transplanting this into the game, with a small box in the lower corner of the screen allowing you to communicate with your race engineer, check tyre wear and temperature and monitor the engine. The trick is learning to use the display on race straights, because there are literally dozens of things you can do across several sub-menus, all accessible via the face buttons and D-pad. 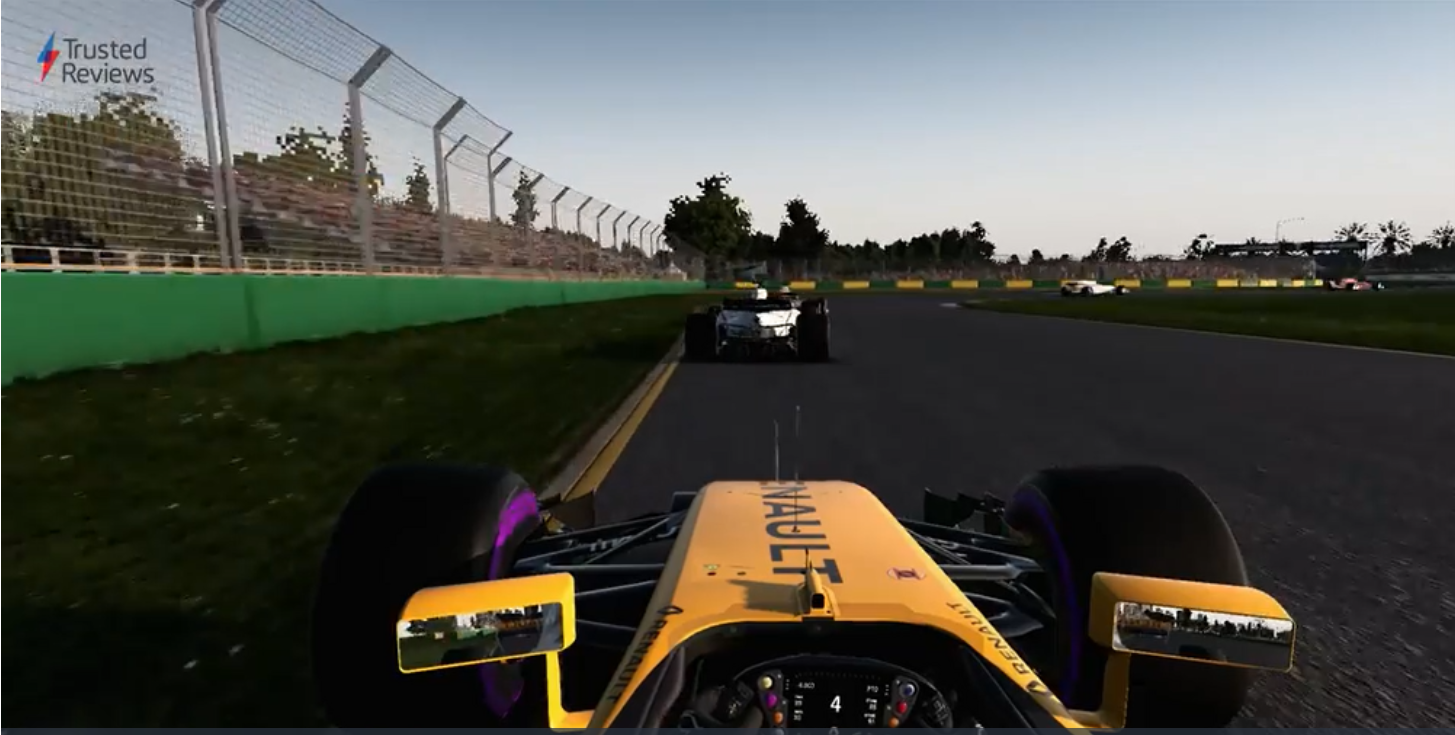 Before each race you can optimise your race strategy, choosing the pit-stop plan as well as the amount of fuel in the car. You can even put less fuel in the car than there are laps in the race, shaving those extra grams of weight, but requiring meticulous fuel management. At any time you can see if you have enough fuel to finish the race. In Canada, until the penultimate lap, I lacked enough fuel to finish. I should have switched to the ‘Lean’ engine feed sooner, because that sacrifices lap times in exchange for greater fuel management. However, in the Toro Rosso I was way up in sixth place, and couldn’t sacrifice losing speed with Sergio Perez right on my tail.

Settings like this and this level of depth mean there’s racing happening at every position on the grid, and it never feels as though you’re going through the motions.

Alongside all of the new engine-management mechanics is a brand-new R&D tree. If your car is lacking in certain departments, you can invest research points – earned through races and also completing team objectives in practice sessions – to improve the aerodynamics, chassis, powertrain or general durability, each with plenty of facets within each. This isn’t a one-and-done season; Codemasters wants you racing across several years and gradually improving your car. It’s a brilliant system.

The return of classic cars is also welcome, and even better for the fact that races in these iconic motors are now built into career mode as invitational events. They’re also present in the excellent new Championships mode, which offers condensed versions of the race calendar for those lacking the time to compete in the full career. It also doesn’t have the obsessive tinkering of engines and fuel management of career, meaning you can just jump in and race, much like an arcade mode. There’s never been a more comprehensive F1 game. 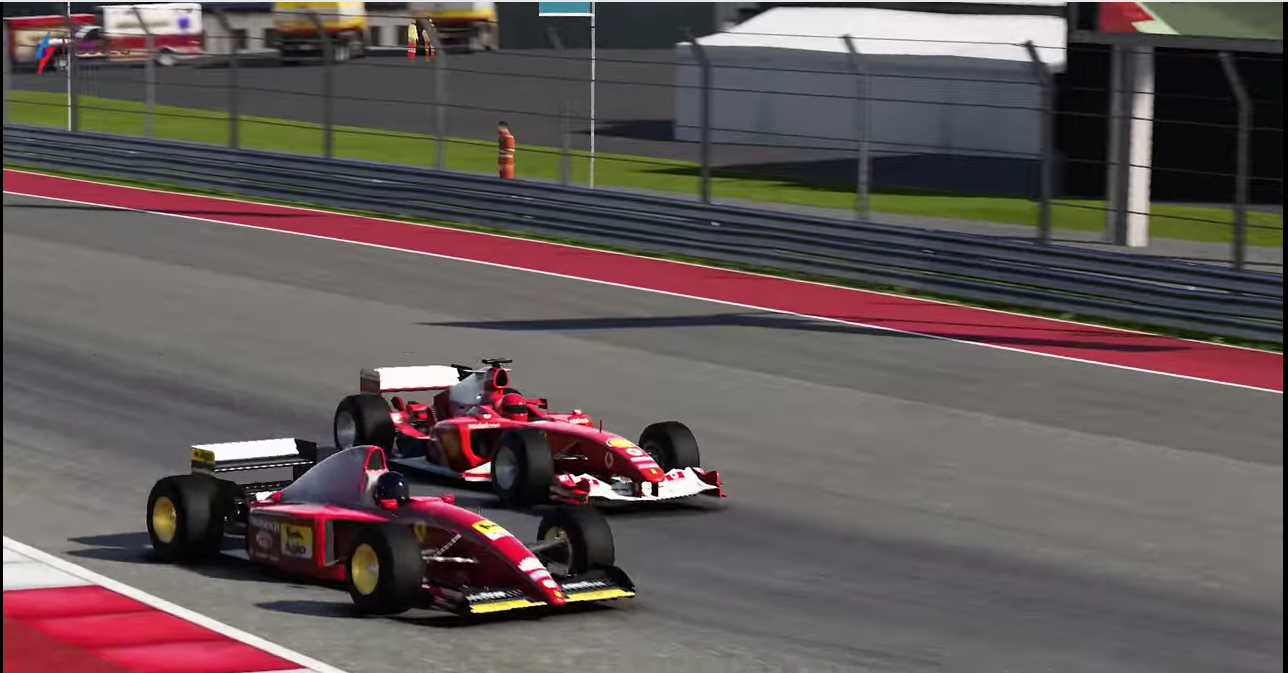 Unfortunately, there are a few issues which hold the game back at times. I consistently experienced aggressive screen tearing while playing on the PS4 Pro, which varied from minor annoyance to huge distraction, depending on where on the screen it occurred. I also encountered strange bugs such as the sky flickering when I rebooted the game from the PS4’s Rest mode.

Another issue is Codie’s longstanding problem with making absolutely terrifying faces. Your agent is an incredibly scary woman, and your pit crew are a grim bunch.

This is undoubtedly the best F1 game Codemasters has put together. An incredibly deep career mode, excellent championships and the return of classic cars mean there’s never been more F1 racing to be had. There are some bugs and annoyances, but I’m hopeful these will be ironed out in a patch soon after launch.