The Wheel: it doesn’t need reinventing, it doesn’t need any gimmicks, it doesn’t even need to be rendered pink, it just goes around and around and around – like a spare tyre comically rolling down a hill. An extreme example, granted, but sometimes it’s easy to over think a problem when a simple solution is available. Likewise, sometimes products can be far too clever by half and the MiBag from Exspect is just such an example. 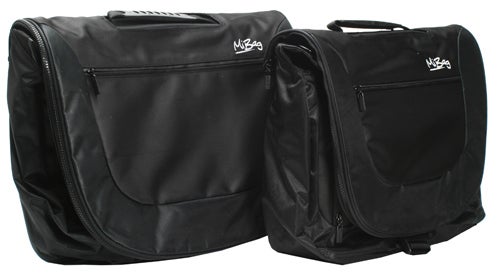 Available in 13in and 17in sizes its ostensibly a messenger style laptop bag much like the Crumpler Righthand, albeit a good deal cheaper with a price tag of just under £40. However, clearly deciding that just being a bag wasn’t enough in this day and age; Exspect has added “a twist” by making the MiBag customisable through different colour fascias, available for around £10 each.


It’s a tactic not dissimilar to that of the infamous Nokia 3210 phone. It was launched in 1999 and captured the imaginations of stupid young people by allowing them to buy cheap, ugly and naff looking fascias – the kind you find on those dodgy stalls in the middle shopping centres – and put them onto the phone. 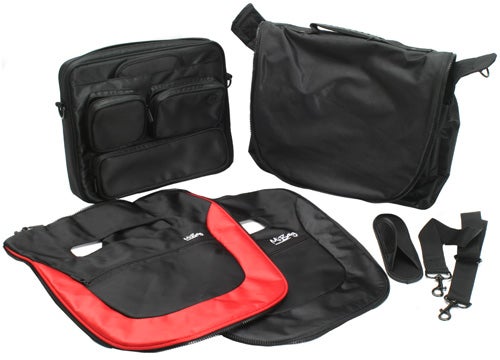 It worked a charm then, but does the same concept work for the MiBag? Initial impressions aren’t especially positive. In its default garb of black, with black accents, black highlights and a black soul it’s definitively dull and inoffensive, perhaps a deliberate ploy to motivate people into buying the fascias?


Unfortunately, the different fascias don’t fare much better. We were given the two-tone blue and black/red fascias, neither of which were particularly attractive thanks to the rather gaudy primary colours. And, while we’d love to report other fascias look better, we can’t because the various combinations of brown, green, grey and purple also available don’t look much better either. And, while you can change the colour of the outward part of the bag, the rest remains unchanged and very, very black – it can’t be overstated how black it really is. 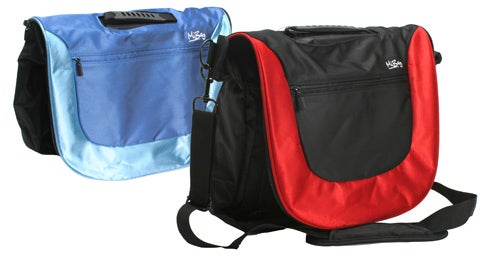 It’s an inauspicious start then for a product that clearly owes more to a focus group than it does to any real sense of style and design. Fine, people may say they want products that are individual, but not in exchange for looking ugly and gaudy, which is what the MiBag looks like in its altered state. Obviously looks are always a subjective thing and at least in black it’s anonymous enough, but in any other state we subjectively believe it to be a bit ugly – feel free to disagree.

Thankfully, though we aren’t sold on the swappable fascias, as a bag it’s at least competent, featuring more than enough pockets and storage spaces for most. It even has a couple of nice practical touches that are actually quite desirable. 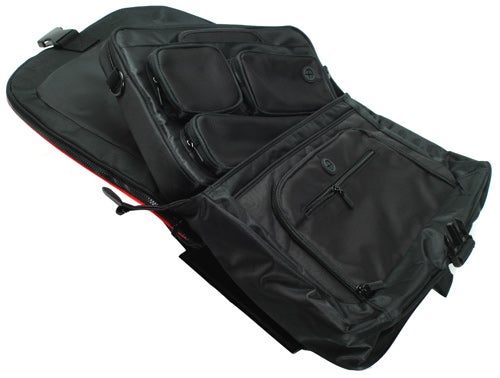 By far and away the best aspect is the secondary sleeve housed within the main body of the bag. This appears to be a sleeve, but has its own handles, zip sealed pockets and hook attachments for the shoulder strap making it more like a second and more lightweight bag, ideal for those occasions where you want your laptop and a few accompaniments without the bulk of the whole bag. It’s also great for whipping out at meetings, saving the fuss of rummaging around in the bag for looking for smaller items.


Elsewhere on the main body of the bag there’s plenty of space for all manner of things. On the back is a double ended compartment that could be used for magazines or folders with one end closed, but with both opened allows you to mount the MiBag onto a wheelie bag for lugging around airports and hotels. On the front, behind the main flap that’s fastened by a fairly solid clasp, is a pocket with pen holders, a keyring and various other little spaces, with another small zipped pocket in front of this. 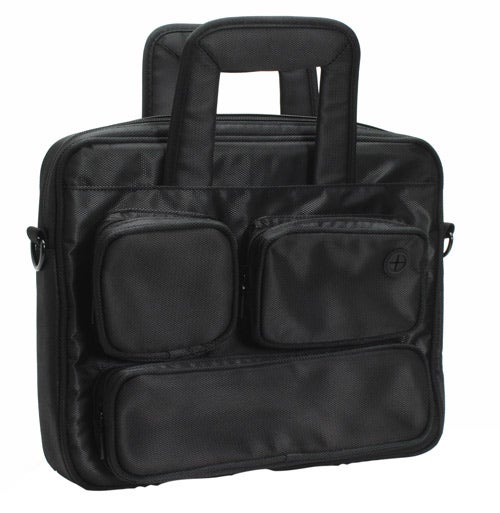 Behind these is another unsealed compartment that’s slightly too shallow for a magazine, but there’s some space left inside the main body for anything else that doesn’t fit elsewhere. Overall, including the pockets on the secondary bag/sleeve, the MiBag in both its 13in and 17in versions, is well catered for in terms of storage.


Unfortunately, despite its ample storage options, the MiBag still doesn’t quite convince. Its synthetic look and feel not only looks unpleasant but provides only a modicum of protection, while the shoulder strap is disappointing thanks to a thin and weedy feeling strap and a poor shoulder pad that’s too small and lacks sufficient padding. This is a particular issue for the 17in version, which is likely to suffer most due to it being heavier by default and heavier once fully loaded. 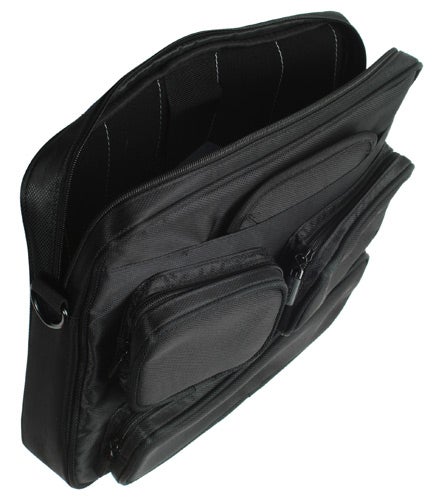 
All in all, it’s hard to recommend the MiBag. Its gimmicky swappable fascias don’t convince and while it has lots of nice storage spaces it lacks basics like a decent shoulder strap. The only consolation is the secondary bag inside, which is a neat idea and would be very much at home in a bag that’s more attractive and better put together than this. Ultimately, there’s plenty of choice out there in this sort of price range and the MiBag fails in too many ways to be a convincing candidate.