The SB-2501 is the debut soundbar from Evolve Audio, a nascent Taiwanese brand owned by Janky Inc, one of the world’s largest manufacturers of satellite products. Not only does it come with a wireless subwoofer, built-in Bluetooth and a host of sonic trickery, but it also throws in a pair of wireless headphones for those late-night listening sessions. The best part is that it can all be yours for a tempting £200, so without further ado let’s dive right in…

The soundbar itself is remarkably slim and compact, which is a bonus when parking it near the TV. At 49mm deep it fits nicely into the gap between the front of our TV’s base and the edge of the stand. Screwed onto the bottom are two feet that allow you to plonk it on a flat surface, but these can be removed and used as wall-mounting brackets if you prefer.

It’s also a good-looking and well-made soundbar for the money. The main body is fashioned from black aluminium with an elegant brushed finish and matte plastic caps at both ends. It feels solid and sturdy, more substantial than some soundbars at this price. The front bears two cloth grilles, which can be removed if you fancy a peek at the drivers.

Our only design disappointment is the front display panel. Evolve has opted for a system of small lights over a text-based readout, which makes everything a bit cryptic when selecting sound modes or adjusting the volume. And because the printed writing is so small we initially had no idea what the lights relate to. However, the panel does feature touch keys for up-close control.

On the back you’ll find a decent selection of connections, but sadly they don’t include HDMI sockets. The optical input offers the easiest way to hook up your TV or Blu-ray deck, while analogue RCA and 3.5mm minijack inputs cater for your other audio gear.

Don’t worry about the subwoofer taking up too much space. It’s one of the dinkiest soundbar subs we’ve encountered, measuring just 250mm wide by 336mm deep, and will comfortably slip into tight nooks and crannies – plus its wireless connectivity makes placement a cinch.

The wooden cabinet is coated in an attractive matte back finish, while the angled corners, glossy front port and chunky feet make it easy on the eye. There are a few bits on the back including a pairing button to reset the wireless connection and a USB port for charging the headphones.

Talking of which, the supplied EVO-1 cans are impressive as freebies go. They boast comfortable leather ear pads, ‘three dimensional’ head-fitting adjustment and a smooth matte plastic finish. Embedded into the gloss-black panel on the back of the right phone are power and volume buttons, plus a USB charge port on the bottom. 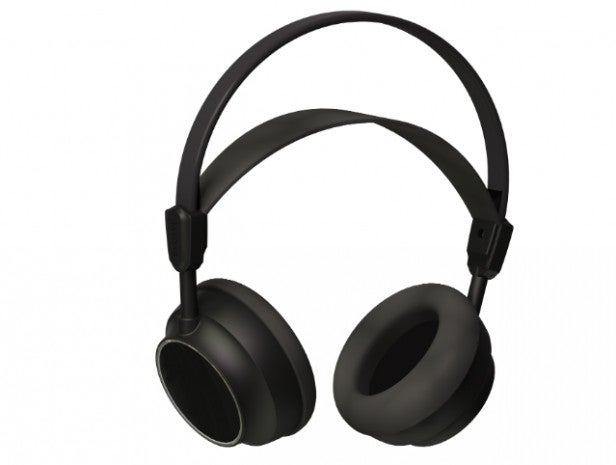 The 60W SB-2501 employs six 40mm high-efficiency drivers, backed up by a 6-inch downward-firing bass driver and 60W amplifier in the sub.

The soundbar and sub pair automatically when you fire them up and communicate using Evolve’s 2.4GHz digital wireless HD technology. We had no drop outs or break up.

Day-to-day operation is hampered by the unhelpful display panel. There’s no visual indication of the volume level, for instance – the light in the middle simply blinks in recognition of the remote signal. The four blue lights on the left indicate the selected sound mode (one for music, two for movie and so on) while the three on the right tell you whether 3D and Bluetooth are selected and if the sub is paired. It gets easier once you learn what it all means but we’d have preferred a text display.

The remote is a classier affair than most budget soundbar handsets. It’s slim, curved and equipped with chunky rubber keys that give a satisfying click. There are separate controls for the main and bass volumes in the circle at the top, while Effect, Input and 3D are given their own buttons. A display dimmer button is provided at the bottom in case it gets distracting. 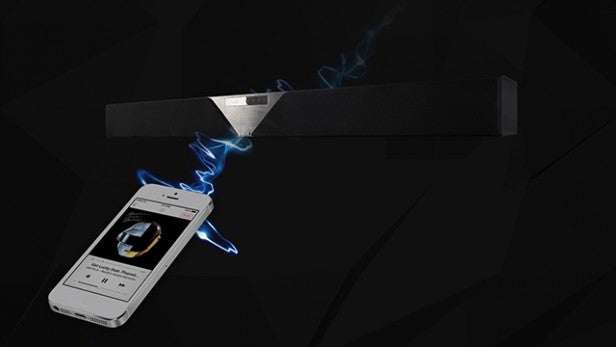 Looking at the SB-2501’s slim dimensions and dinky sub, we didn’t expect it to rip up trees. But after thorough investigation with a range of songs and movies its sound is punchier and more authoritative than we thought. There are problems, but for £200 we think most buyers will be happy with what it has to offer – particularly if you’ve been putting up with weedy TV speakers for a while

It’s at its best with music. Starting with a selection of tunes beamed from a Bluetooth-equipped iPod, the SB-2501 offers a solid, well integrated sound with an even balance across the frequencies. It’s a pleasant, palatable listen, with enough detail and bite to keep things interesting while side-stepping harshness.

But its greatest asset is the subwoofer, which musters weighty bass notes that lock tightly to the syncopated rhythms of Dego’s new album The More Things Stay The Same. The funky analogue basslines on It Don’t Get No Better sound suitably warm and thick, starting and stopping accurately. Meanwhile the kick drums and snares punch hard and fast, backed by a crisp, precise hi-hats and clean piano chords. Foot tapping is compulsory.

You’ll need to spend a bit of time tweaking the bass controls though – not an easy task given the lack of a text readout – as the pint-sized sub can get a bit over excited. But find the right balance and you’ll enjoy a punchy, cohesive sound.

The SB-2501 is also terrific for TV programmes. Dialogue is pushed front and centre, theme tunes are bigger and bassier than usual and it adds excitement to drama shows and sports broadcasts.

So far so good, but switch over to movies and it’s not quite as impressive. We played the opening scenes of X-Men: Days of Future Past and there’s a lack of dynamism in the mids and highs compared with music playback, which makes the sound seem small and contained. Effects struggle to compete with the substantial bass output, which needs to be tweaked even more judiciously for movies.

Despite pushing the volume to maximum we still felt like it should be able to go louder. As a result, it lacks the scale and room-filling power of the best soundbars.

On the plus side, the sub’s impressive bass capabilities give these scenes impressive solidity. The Sentinels stomp through the scenery with a series of heavy thuds, while the urgent score and jets of fire have a solid backbone. The SB-2501 is comfortably deeper and more powerful than any TV we’ve tested and for many people that will be enough, but there are better sounding bars in this price ball park.

We had a play with the sound modes and DSS widens the sound slightly, bringing extra openness and space, but it could hardly be described as surround sound. The four presets are much of a muchness but News does make voices more prominent and Movies offers slightly more pronounced bass.

The headphones provide a clear and crisp sound with punchy bass. They’re at their best with music but do a terrific job with TV and movies too. There’s room for more refinement but as they’re free it would be churlish to complain.

The SB-2501 delivers an enjoyable sound with weighty, well-integrated bass, which serves music and TV shows well, but when it comes to movies it lacks the scale and dynamism to truly satisfy. We’d be more inclined to check out the Philips HTL5140 or perhaps even the LG NB3540, both of which offer greater power and presence.

But the SB-2501 still has plenty of plus points for the money, not least the inclusion of free wireless headphones, apt-X Bluetooth and a compact, unobtrusive design.

A decent soundbar debut from Evolve Audio, with some tasty features and terrific pint-sized sub, but movie playback lacks oomph