Evesham Technology jumped on the Athlon 64 bandwagon with machines sporting both 3200 and FX-51 processors. The AXIS FX51 billed as the highest performing system in Evesham’s desktop line-up has an impressive armoury featuring cherry picked components such as ATI’s Radeon 9800 Pro 256MB graphics card, the latest Audigy soundcard from Creative and ViewSonic’s VP191b 19in TFT monitor.


The AXIS FX51 comes in a stealthy black tower case although in operation, thanks to the very loud CPU cooler it is far from stealthy. The tool-free design allows users, who will most likely be enthusiasts or gamers, easy access to the internal components. Shiny thumbscrews are present on the exterior and provide a sharp contrast to the matte black surface of the case. It’s a shame that the same thumb screw design hasn’t been employed on the inside, so while gaining access to the components is a tool free affair, should you wish to replace, remove or add anything a screwdriver will have to be within arms reach.


Although designed to be accessible, two case locks provide some security against component and data theft. Opening the front panel reveals two drives both colour co-ordinated with the case to produce a sense of uniformity. Latches on either side of the drive allow for easy removal or swapping, although you’ll still have to access the inside of the case to disconnect the IDE and power cables.


Lifting a small panel located on near the bottom of the front fascia reveals two USB 2.0 and one FireWire (IEEE 1394) port. Such front mounted ports increase the usability of the system when using devices such as digital cameras, camcorders and memory keys that require frequent plugging in. The ability to avoid having to peer behind the computer, usually resulting in some form of physical manoeuvre that leaves you gasping for breath afterwards is a great asset. Having a panel covering these ports helps prevent dust getting in and doesn’t disrupt the curvaceous lines of the front fascia.


The AXIS FX51’s exterior combines sleek lines, security and functionality to provide a sturdy base for the cutting edge components that sit inside.


With such a large case you’re unlikely to be cramped for space and sure enough removing the side panel reveals a spacious design providing room for working hands to easily manipulate components. Evesham Technology shows good attention to detail, with extensive use of cable ties and fastenings to produce an array of well routed cables.


The popular Asus SK8N motherboard helps with general cable layout issues by placing most of its connectors on the edge of the PCB. This means that you don’t have cables draping over core components like the graphics card or CPU. A tidy build ensures that any future upgrades should be simple and relatively painless.


Since the Athlon 64 FX-51 processor supports dual channel DDR memory, the AXIS FX51 comes equipped with two sticks of registered RAM each supporting the PC3200 standard. With two further slots free, users can upgrade with consummate ease. The Asus SK8N is a popular motherboard, featuring nVidia’s nForce 3 chipset and is already present in many single processor Opteron systems as it supports both processors.


The FX-51 processor runs at 2.2GHz which is 200MHz faster than the Athlon 64 3200. The Thermaltake fan features a copper base and very noisy fan. If you’re looking for a quiet PC this isn’t for you, but most gamers or enthusiasts will put up with a bit of noise in order to get more power.


The inclusion of a Radeon 9800 Pro 256MB is surprising, as these cards are somewhat hard to come by. The 9800 PRO 256MB is a high-end card catering for people that like to play their games at high resolutions with full screen anti-aliasing (FSAA) and anisotropic filtering (AF) enabled. The use of new DDR-II memory does show a slight performance degradation over the Radeon 9800 Pro 128MB at lower resolutions though. However this card has enough grunt to power current games and forthcoming titles like Halflife 2 at 1,280 x 1,024, the native resolution of the 19in ViewSonic TFT monitor.


The single 250GB Maxtor hard disk drive provides ample storage capacity for even the most space hungry users and thanks to the large 8MB buffer, performance is good. The use of the Serial ATA bus means that the hard drive is connected to the supplementary Promise drive controller that supports both Serial and Parallel ATA RAID should you wish to add further drives in the future.


Evesham Technology obviously knows the importance of hard drive cooling and has placed an 80mm fan in front of the drive. Although the case allows two further 80mm fans to be placed on the rear backplane Evesham.com has, surprisingly left them empty.


The CD-RW drive which supports 52-speed writing and 24-speed re-writing is coupled with the Sony DW-U14A DVD writer supporting both DVD-R/RW and DVD R/RW standards. Sadly the software bundle supplied does little to exploit the full potential of the drives. Both drives are connected to a single ATA channel resulting in a spare parallel ATA channel for use with other devices in the future.


Sound capabilities are handled by the excellent Creative Audigy 2 ZS card which has support for 7.1-channel surround sound, Dolby Digital EX and DTS-ES standards. The Audigy card pumps its signal to a set of Creative’s Inspire T7700 speakers.


We loved working with the ViewSonic’s VP191b 19in TFT monitor. It’s not just the 1,280 x 1,024 panel that’s great, but even the stand is beautifully designed with damped vertical movement and smooth rotation. You can even pivot the screen if you want to read or edit a large document in a portrait shape window.


With technologies like Gigabit Ethernet LAN built directly onto the motherboard, the AXIS FX51 only uses two of the five PCI slots available with the Audigy 2 soundcard and the Hayes V92 modem. Although the PCI slot nearest to the AGP slot has a tight clearance thanks to the video card’s heatsink, it is still usable.


Evesham Technology’s AXIS FX51 is a system clearly aimed for people that want the ultimate in hardware. By utilising high quality components and employing meticulous attention to detail Evesham.com has created a machine to be proud of. Even the warranty is impressive with two years on site and a third year return to base.


Of course a PC like this doesn’t come cheap, and £2348.82 is a big chunk of cash to throw at a PC these days. That said if you’re looking for the ultimate in high-end components and unprecedented future proofing, the Evesham Technology Axis FX51 fits the bill. 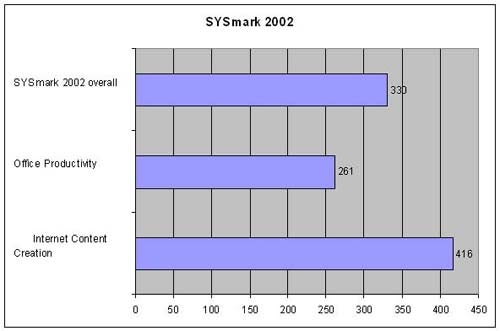 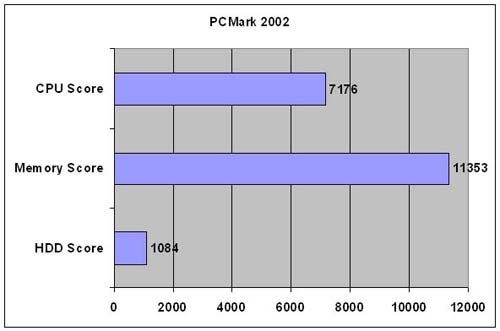 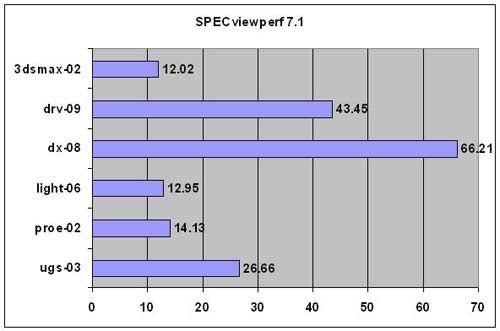